The GHS girls hockey team are ready for their fundraiser at Joey B’s on Tuesday Feb. 23 from 3:00pmtil 8:00pm. Come hungry and bring a friend or two. The hockey team will be serving up hot dogs, burgers, and salads including the famous Justin’s Salad (editor’s favorite) and much more.

If you’ve never been to Joey B’s before, we guarantee good karma, great food and a modest bill. 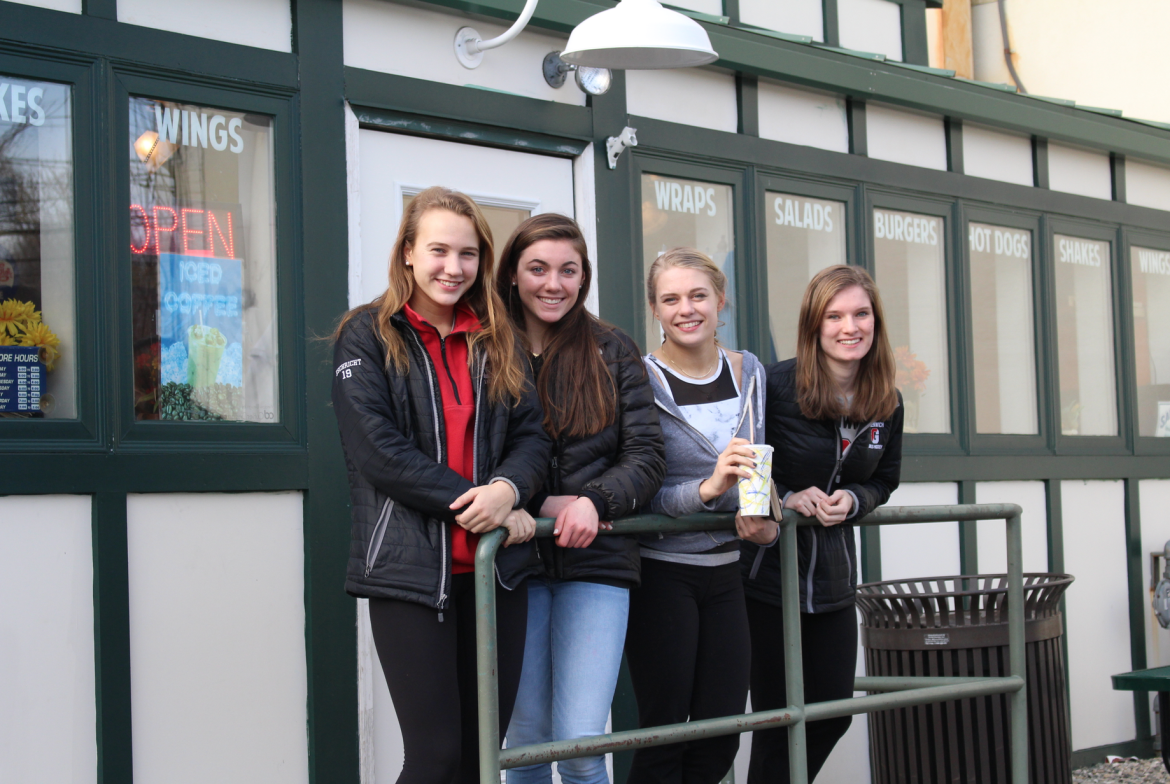 Claire Eschricht, Lisa Lewis, Haley Raftery and Brooke Rullman at Joey B’s where they will be serving patrons on Tuesday Feb. 23 from 3pm til 8pm

Claire Eschricht, Lisa Lewis, Haley Raftery and Brooke Rullman stopped by Joey B’s on Friday to finalize the schedule and organize team members into shifts. The girls, all seniors, said they’re excited to raise funds for their team. Specifically their team will take away 20% of proceeds from the five hours plus all tips! Last month YNET, the teen dating violence awareness club raised $1,400 for their club.

“We’re so excited for this fundraiser,” Haley said as she enjoyed a milk shake at Joey B’s.

“We did it last year and it was a great success,” said Claire.

“Dom has been great and Joey B’s is so generous to the teams and clubs at Greenwich High School.”

The GHS girls hockey team has just two games remaining this year. Friday night they were set to play Farmington and one on Monday, Feb. 22 against Fairfield at home (Hamill rink).

“This year we were one away from getting into FCIACs,” Claire said. “We’d be disappointed, except it is a big improvement compared to the past.”

The girls said their coach Alex Lerchen is in his second year and now knows what to expect. Also, there are some strong younger players who got started in the sport at a much younger age than they did. In fact, they said the enthusiasm among young girls playing hockey has grown. “The Panthers and the Greenwich Skating Club have been coming to support us and even made posters,” Claire said.

As of our conversation on Friday afternoon the team was 6-6 in their season. 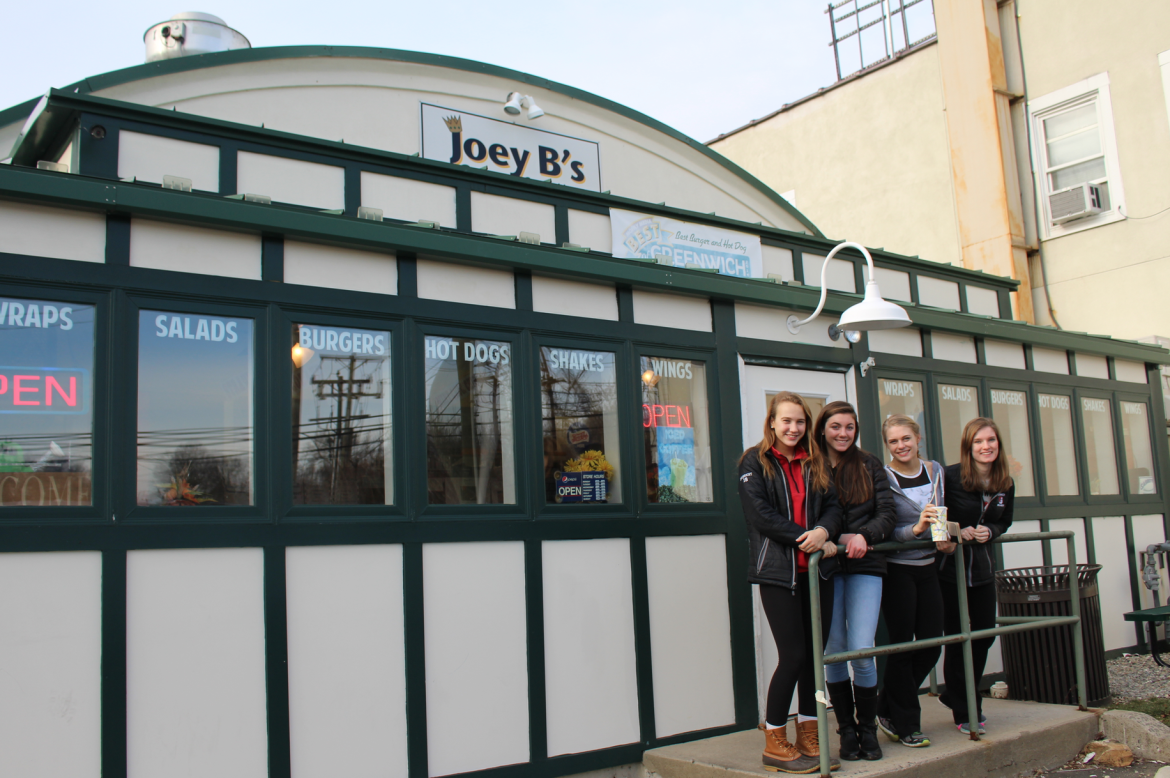