Sound Beach Pizza Grill and Delicatessen has been an integral part of the Old Greenwich business district and community since 1947. The restaurant is family owned and independent of a franchise, making its pizza, sandwiches, and desserts one of a kind.

Originally named the “Old Greenwich Delicatessen,” pizza did not make its way to the menu until the business was bought by Vinny Arcuri in 1968. Arcuri then sold the business in 1998 to current owner and operator Demos Lorentzos. 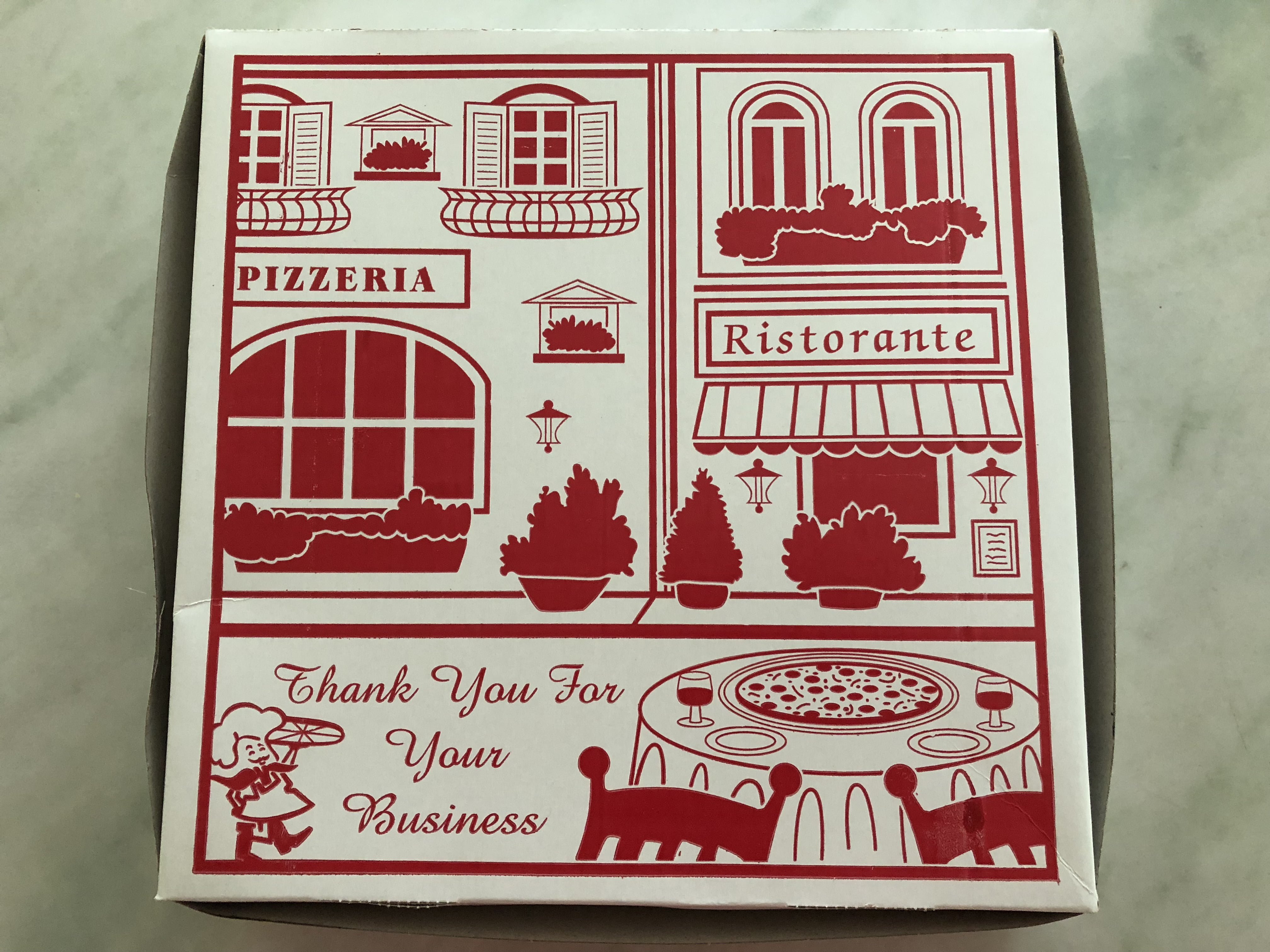 Being located in the heart of the Old Greenwich Village as well as affordable prices definitely help business as Sound Beach Pizza Grill and Deli is able to attract multiple different kinds of customers from children to affluent adults. 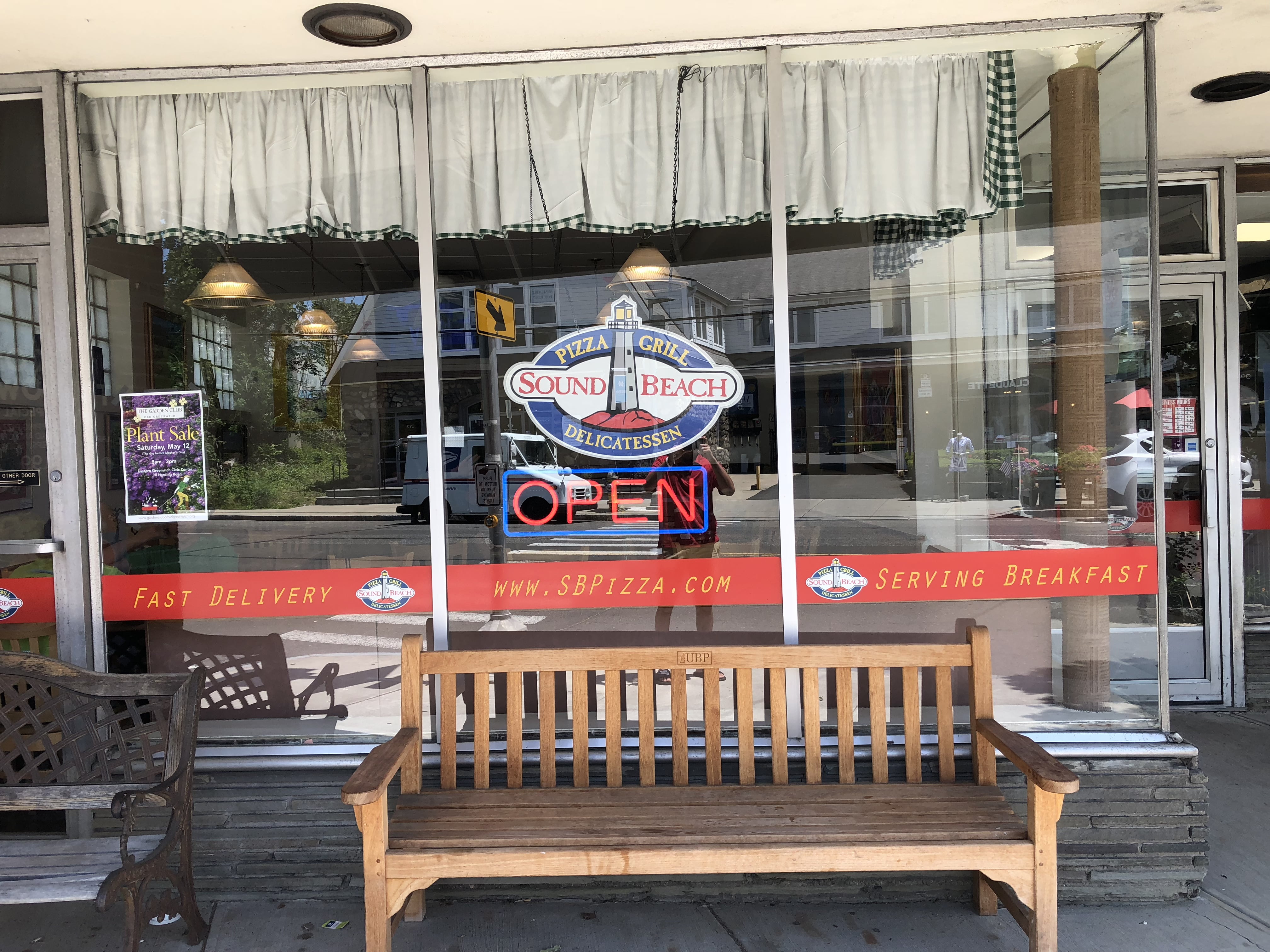 The picturesque logo near the blue and red open sign is the image that most people get when they think of Sound Beach. June 11th, 2018. Photo: Omar Merchant.

In addition Sound Beach provides a variety of service options to customers to make make their dining experience as efficient as possible. There are three options: Dining in, take out, and delivery; all of which are relatively self explanatory.

When the critics went to the restaurant they ordered a multitude of things. One slice of barbecue chicken pizza, another slice of colloquially named “hawaiian” pizza (sliced ham and pineapple), and finally a side order of garlic knots. All three of the dishes were perfectly cooked and looked delicious. Once our critics dug in, the reactions conveyed only good sentiments.

When asked about his slice Omar said, “The barbecue chicken slice was the perfect combination of sweet and savory and its texture combined aspects of both deep-dish and thin crust pizza.” 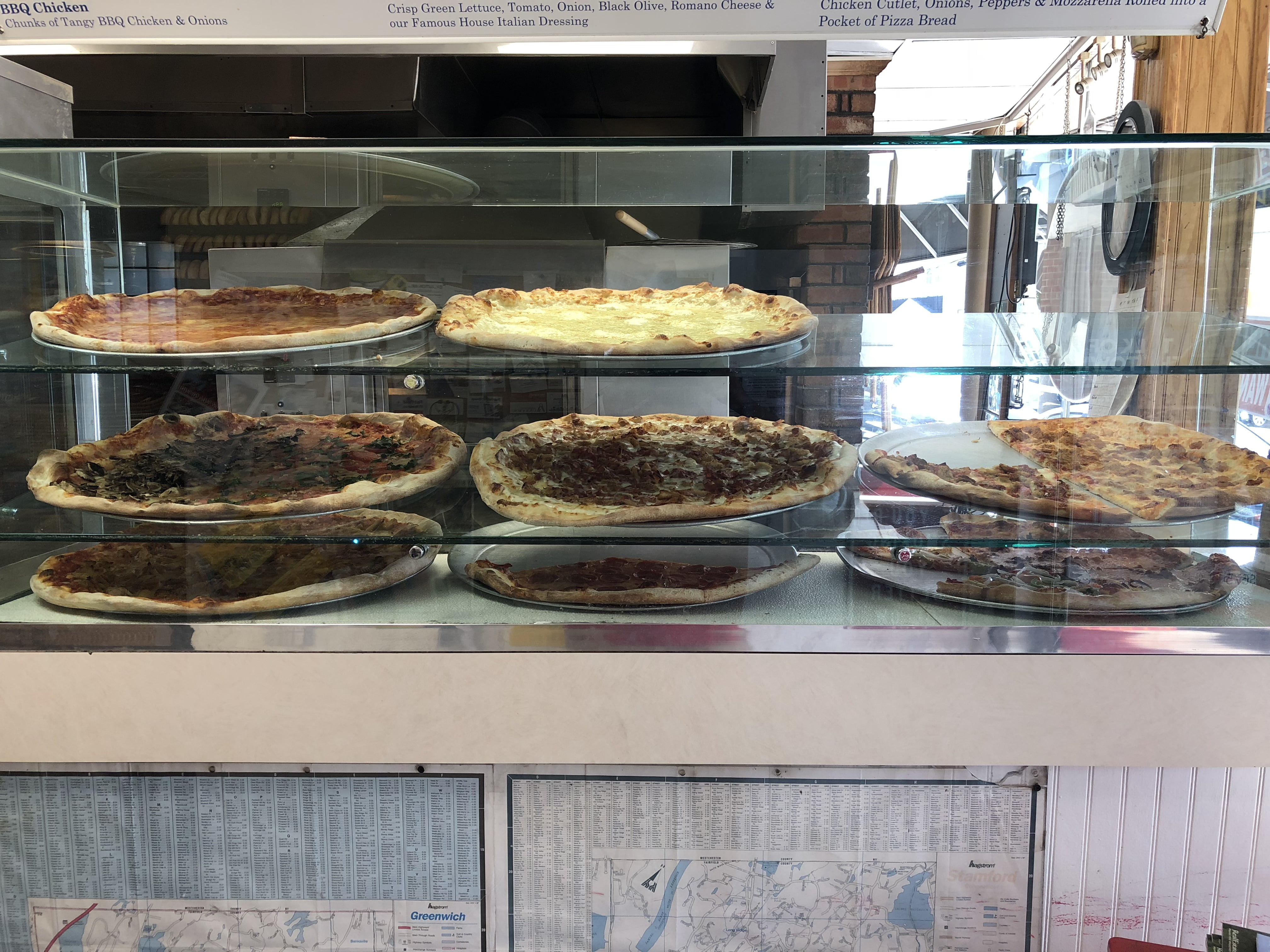 Among the most popular dining options at Sound Beach is the barbecue slice so the fact that it was incredibly tasty didn’t surprise anyone. In addition, Sound Beach Pizza Grill and Deli is known for its garlic knots, sugar donuts, and stromboli.