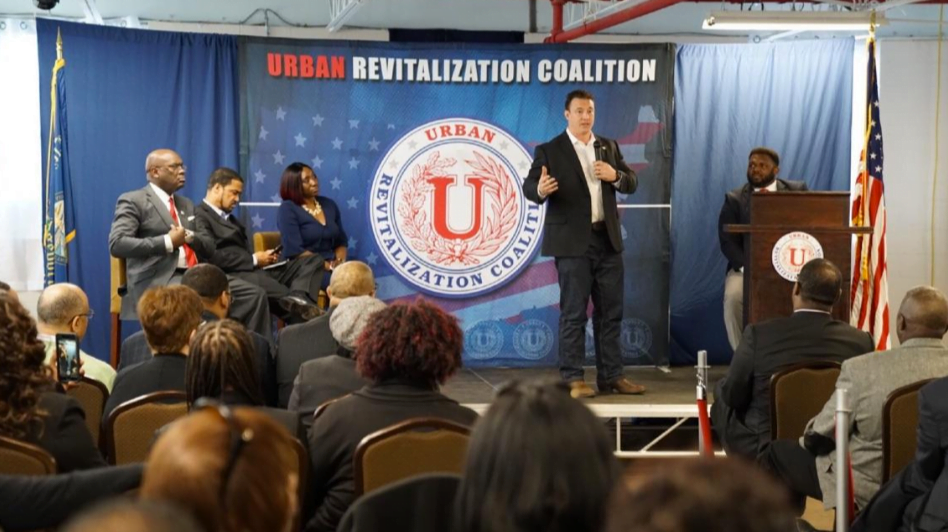 Sandy Litvack, I challenge you to actually meet me. While I appreciate all the publicity Sandy Litvack has given this event, I’m not sure his intentions are to actually shut it down; his public objection is creating more support. It would appear he is using his elected platform to charge and CREATE a divide, rather than actually heal it.

This was abundantly clear by his letter to the editor recently. He likens me to a horrible person not because my current views are horrible, but because he simple holds opposing ones. Where I see the solution as MORE debate, he seeks less.

We often see this with the left. Pretend to hold the moral high ground, portray everything as offensive and try to turn the public against your perceived enemy by any means necessary (if you can ruin their life along the way…bonus points!). The American people are tired of this.

This is why Donald Trump won (said in a whisper). Sandy also seeks to bait me into a response which he can capitalize on to fit his narrative; but he drastically underestimates my goal, which is to have true civil discourse. I am not one to stand by and take other people’s criticism or cower with apologies simply because they are offended. Since Sandy doesn’t actually care about my character and just wants to point out all the things he believes are negative about me, let’s start with this…Sandy I challenge you to actually take 10 minutes (less time than it took to pen your outrage) to come down from your ivory tower and have a conversation with me prior to this event, I’ll even buy the coffee.

In his recent rant (letter to editor) he brought up my social media. Just to be clear, this is my firing range, where I fight back against the liberal narrative and the never-ending stream of performative outrage, and many of my nearly 60K followers love it. I enjoy being controversial, spawning conversation and especially enjoy punching back (figuratively of course) at ignorance.

Sandy brought up my sign that called my neighbor “the worst neighbor ever” with “poop
emoji’s”. This was some of my best work. A comical way to lighten the mood between a
neighbor who threaten to sue me for having a red truck that was deemed “visually offensive”.

And you know what… it appears to have deescalated the situation, another win for the good guys! What Sandy failed to see was that this was funny to most normal people. But when you are too filled with outrage you miss the humor. I feel bad for him.

He seems flabbergasted that I only believe there are two genders and that I referred to those who believe otherwise as pretending… I stand by that.

There are two genders no matter what you believe, any other theory is almost comical. Ironic that Sandy represents the self-anointed party of “science” but won’t accept the basic biology of chromosomes as the same.

He cited me calling Democratic representatives “assholes” who afford more protections and concern to illegal immigrants than they do for my fellow wounded, homeless veterans and the families of my fallen brothers. They are “assholes” (sorry I was too busy killing bad guys after 9-11 to care about whether that word would offend someone)…and ya know what, I would wager the Greenwich public is on my side there.

He continuously refers to me a racist, so let me tell you about my “racist” past. I served in the most diverse military ever as a Navy SEAL. Bled, sweat and broke bread with my Iraqi counterparts; even proposed our Iraqi interpreter for US citizenship. While most kids spent their summers at the beach in high school, I spent mine doing mission trips to Dominican Republic, Haiti and Belize.

I am affiliated with the Urban Revitalization Coalition and even lead a forum in Bridgeport to help engage the community. I have helped raise significant money for POTS, a nonprofit that helps low income, mostly minority families in the tristate area. I was in charge of community service for the entire Nation (yea, kind of ironic).

It is important to note that when the story that lead to my resignation came out, I was reading books to minority children in a program I stood up to have celebrities encourage literacy in communities with low educational funding, oh and by the way that program ended with my departure along with many others, (great job CNN).

What have you done greater than yourself “Sanford” Litvack? One must ask, do we judge people on 30 second selected soundbites, or the content of their character and actions?

I would encourage the good people of my home town to form their own opinions and attend the event this Wednesday at town hall.

Litvack: Carl Higbie is a Provocateur – Neither Seeking Nor Promoting Civil Discourse