This week Cardinal Critics Jackson, Connor and Dylan had the pleasure of reviewing one of Greenwich’s most fabled delicatessens, Rinaldi’s Country Deli.

Since its establishment in 1986, the deli has been run by sisters Michelle and Antoinette and has attracted customers throughout Greenwich.

Located at 70 Orchard Street in Cos Cob, Rinaldi’s Country Deli is only a hop, skip, and a jump away from Greenwich High school and Central Middle School.

The deli is frequented by teens and young adults who are looking to grab a bite during opens and after school.

Rinaldi’s offers a wide array of signature sandwiches and some are even named after popular Greenwich locations and names such as “The Cardinal” and “The Millbrook.”

Customers at Rinaldi’s have many options when ordering a sandwich and customization is tailored to your desire. When available, you can add toppings like mac & cheese and signature buffalo nuggets.

The Critics – Dylan Boyd, Connor Axford and Jackson Framptom, visited the deli to review their most renowned and popular sandwiches and other deli foods. 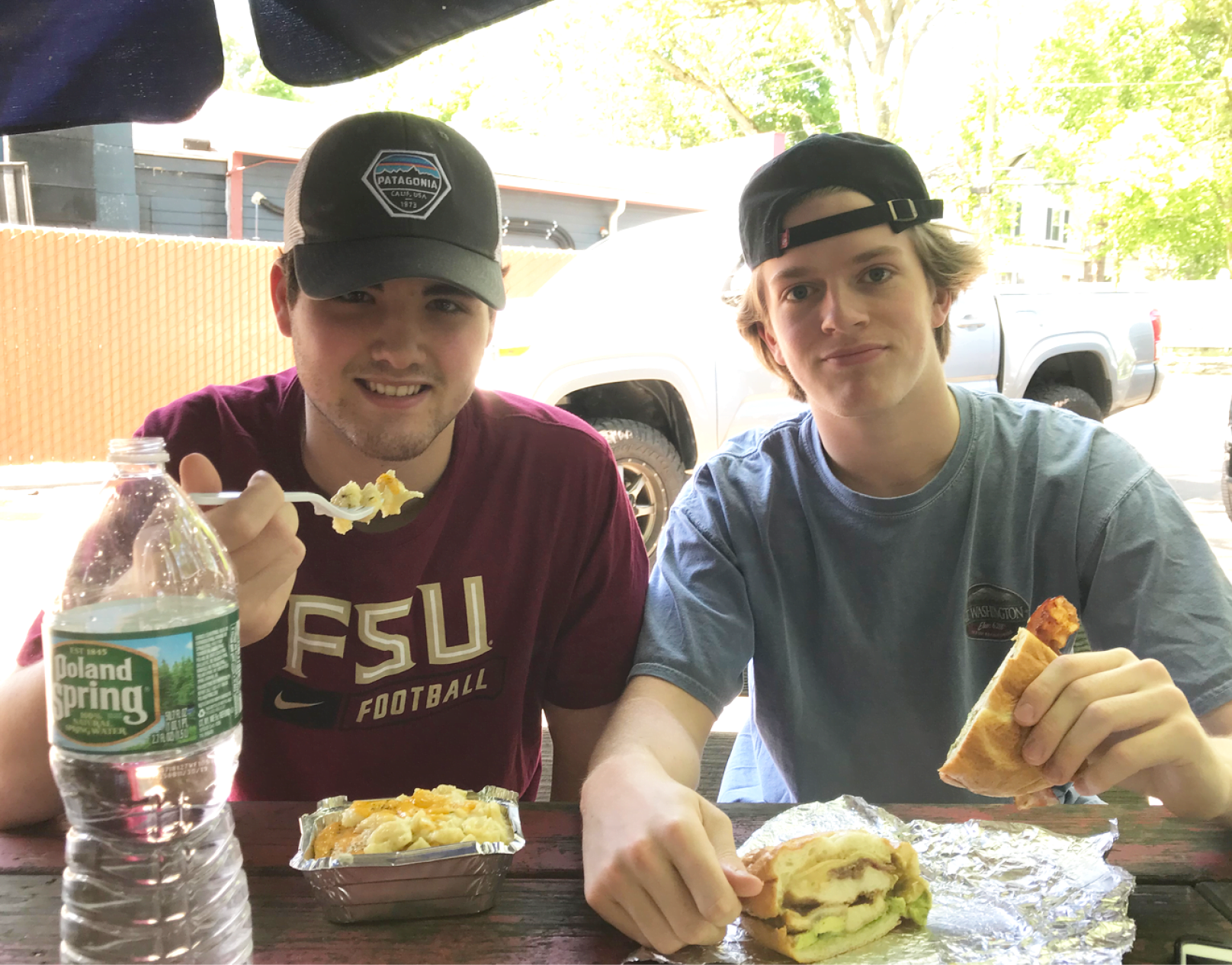 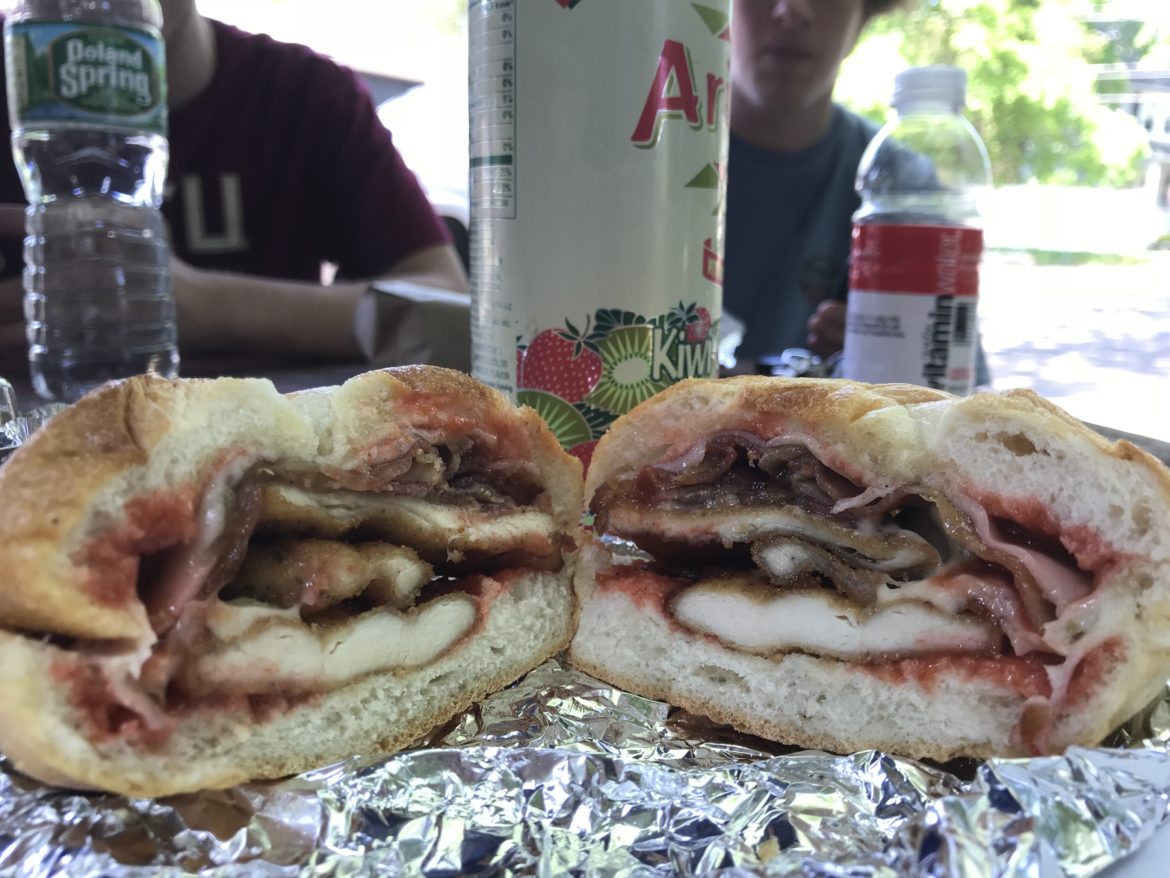 The Bruin a popular favorite of Greenwich May 23, 2018 Photo: Jackson Frampton

Jackson ordered “The Bruin” which is a staple of the deli. The sandwich was packed to the brim with breaded chicken cutlet, homemade sweet barbeque sauce, melted fresh mozzarella, and bacon.

Dylan enjoyed “The Hanna,” another very popular sandwich at Rinaldi’s. The sandwich is prepared with a cajun spiced chicken cutlet, topped with avocado, honey mustard, pepper jack cheese and bacon. 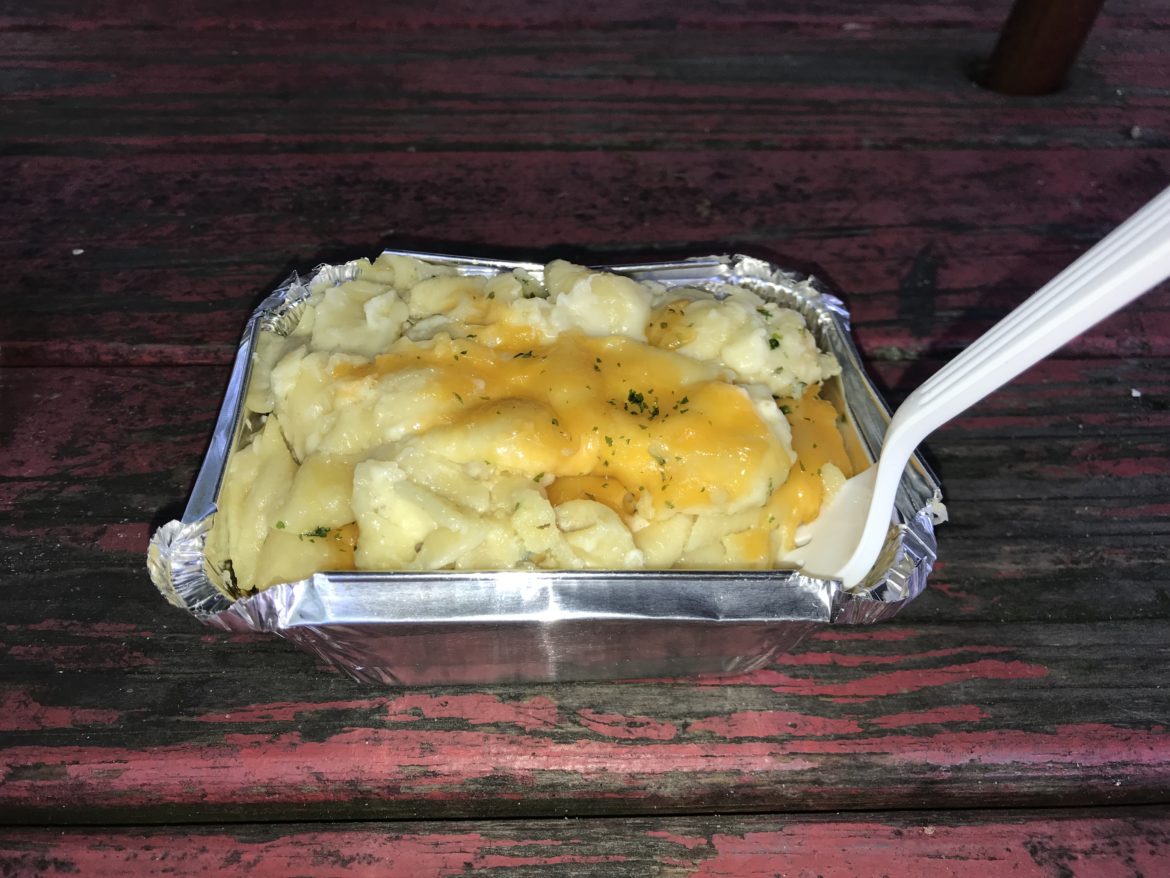 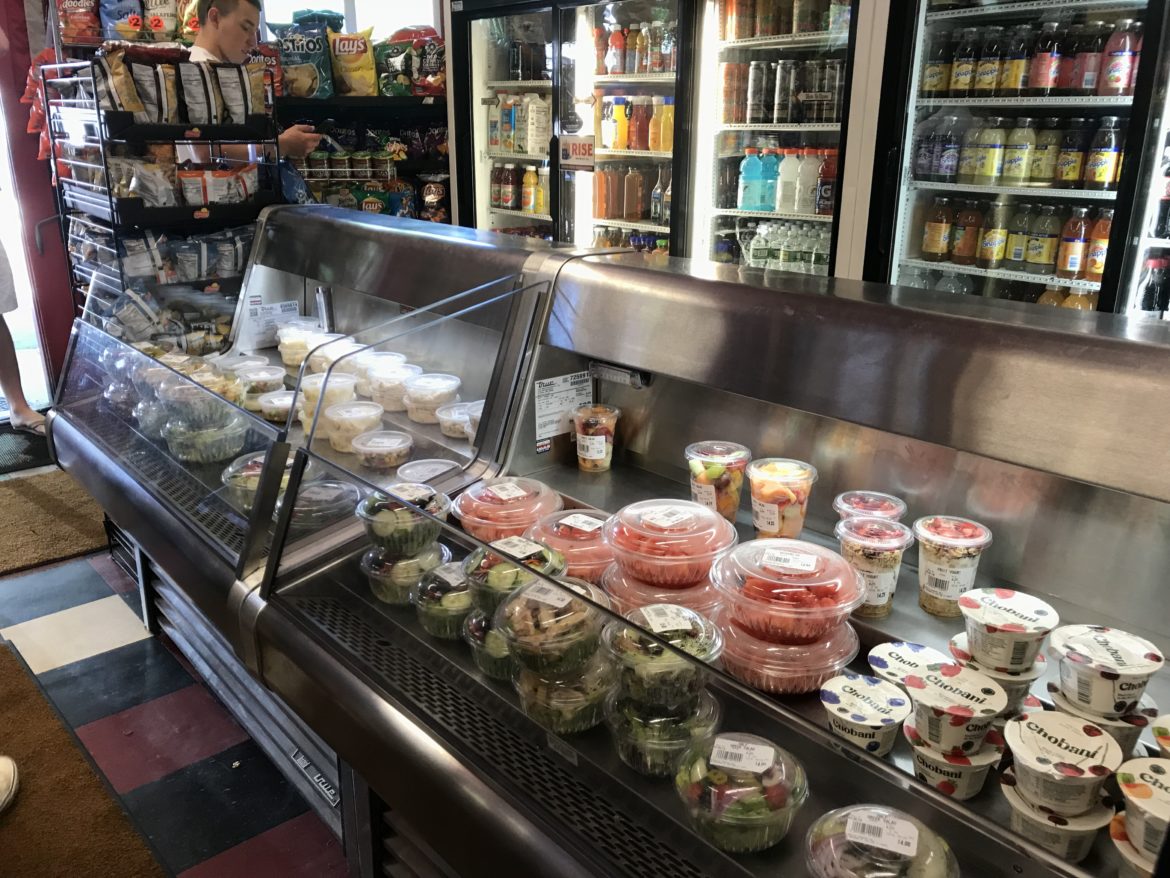 Inside of RInaldi’s deli which offers salads and yogurts. May 23, 2018 Photo: Dylan Boyd

The food was made quickly and was still hot by the time the critics took their first bite.

Although there is no seating inside the deli, there is outdoor seating, which is perfect for warm summer days.

Rinaldi’s also offers a catering service, and in an effort to become more connected has embraced UberEats, which delivers food right to your doorstep.

All in all the critics could not get enough of Rinaldi’s and are looking forward to their next visit.  We highly recommend this corner deli. 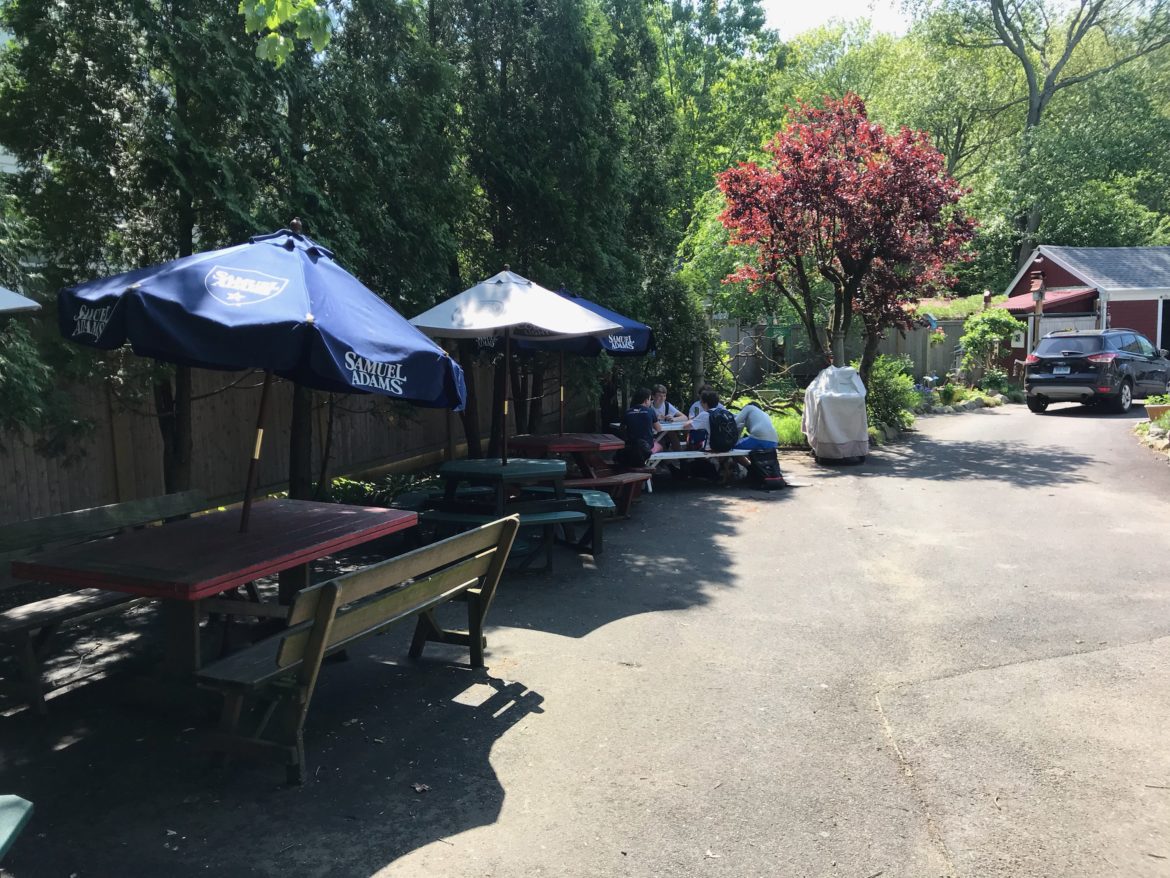 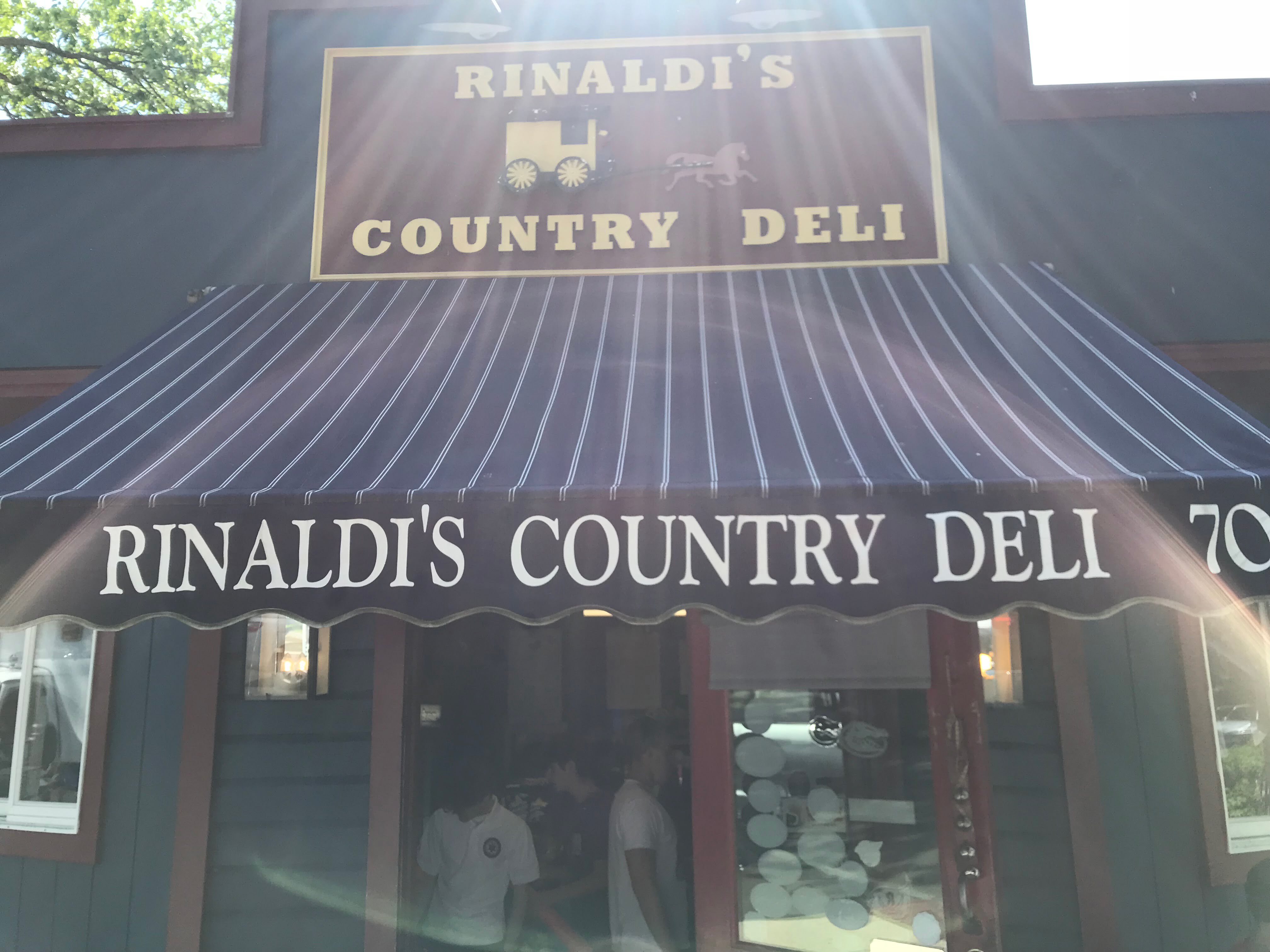 This spring Connor Axford, Jackson Frampton and Dylan Boyd, GHS seniors doing their internships at GFP, have taken up the Cardinal Critics mantle.