Themis Klarides convened a press conference on Wednesday in Monroe to bring attention to the “obviously big loopholes” within our state laws for animal rescues and shelters.

Klarides, the House Republican Leader, said she had adopted two kittens from a shelter in West Haven, and after one died of a virus, she set about to rescue a companion for the surviving cat, Penelope.

“We started looking online because my choice was to rescue,” she said. “We found many cats available through SPCA of Connecticut, located right here in Monroe. We figured let’s just take a ride over there,” she recalled, but said that her calls and emails went unreturned. 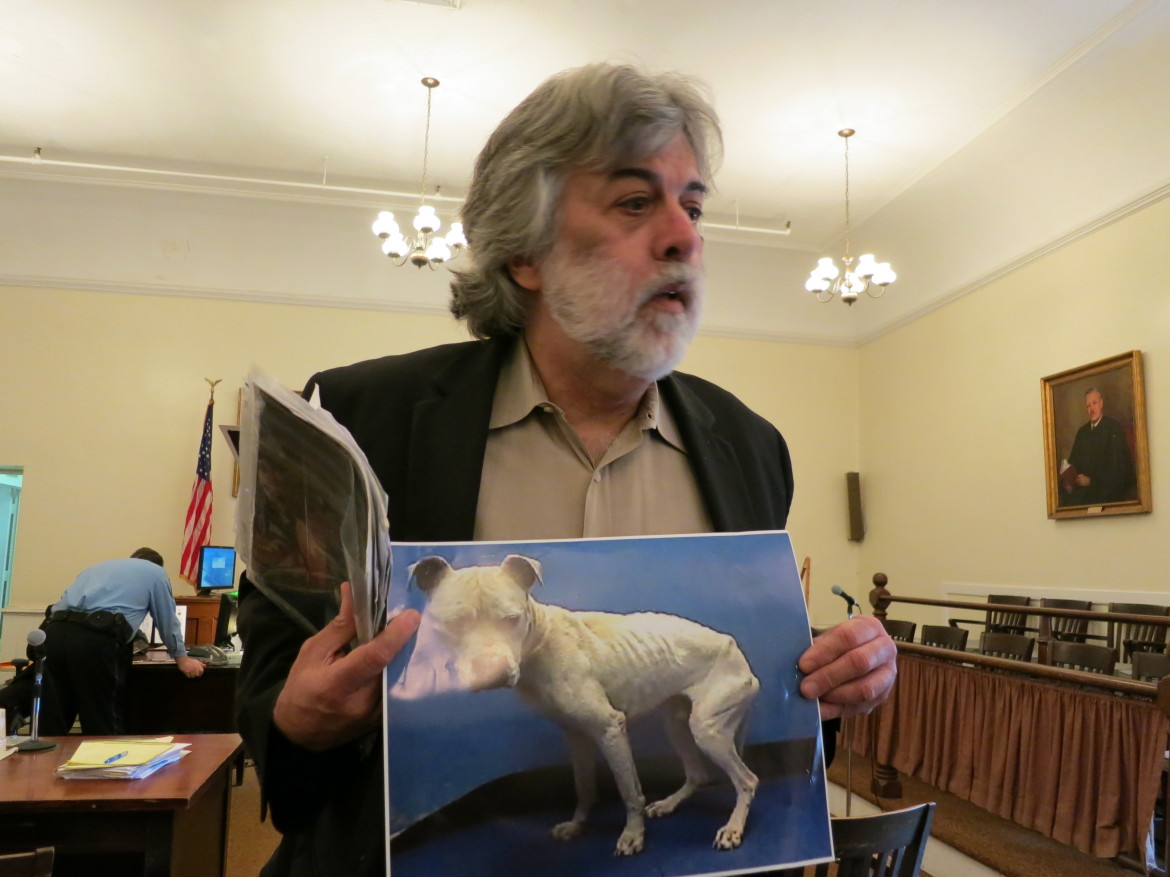 The day she and her sister Nicole visited the shelter, it was 95° and humid, and dogs were outside barking.

She said they she shelter was closed, but eventually staff opened the door. A worker apologized, saying that the man who runs the shelter was not there.

“She very matter-of-factly it was because he was in court,” Klarides said, adding that when she walked inside, it wasn’t very nice. 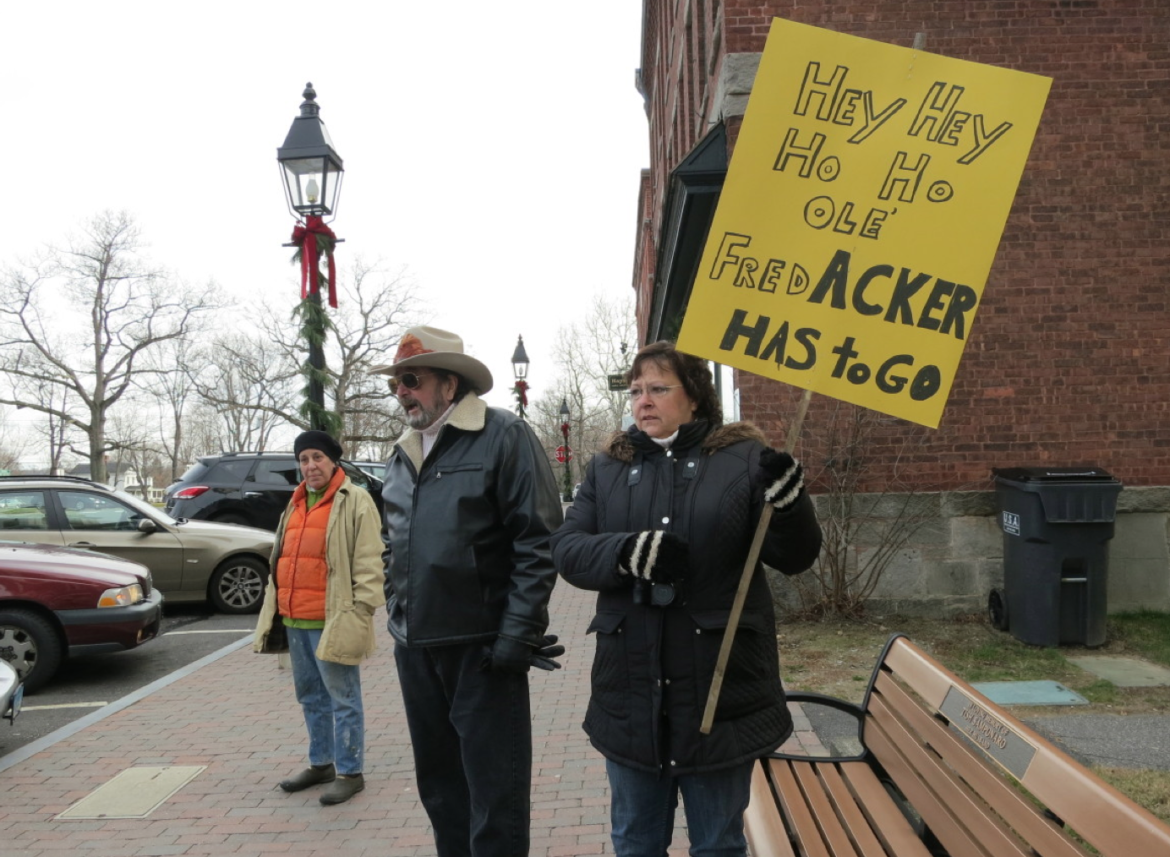 She coerced staff to let her inside to look at kittens, only to learn from staff that all the kittens had upper respiratory infection they were being treated for.

Klarides said that afterward, she “got an earful” from state rep JP Sredzinski, State Rep Kupchick and others.

“And then it stared coming from everywhere in the state. It seems that the person who runs the rescue had been convicted, not just charged on numerous charges of animal cruelty,” she said. “We contacted the Dept of Agriculture who described Fred Acker as very well known and, “not in good way.”

“Unfortunately this individual knows how to skirt around the edges,” Klarides said, adding that law enforcement couldn’t charge him with anything, though the conditions were deplorable. “The problem is the way the laws are written.”

“We’re in a bad fiscal crisis, but we know our number one job is to protect the people who can’t protect themselves,” she said. “…Although pets are not people, they are pretty darn close. …They should be treated in a humane way. What I will do, along with my colleagues in the next legislative session — working with the great animal advocate groups, legislators, police dept, animal control officers — is to figure out where the loopholes are, and how we get people to do the right thing.”

“We want people who love and care for animals,” Klarides said. “And to do it in a way for economic gain, or in a way that skirts the laws…I don’t know anyone that agrees with that. We need to change our laws and regulations and make sure the laws are strict enough, but also that our judicial system is enforcing them.”

Without referring to Mr. Acker by name, Monroe First Selectman Steve Vavrek, who owns a rescue dog, said the shelter owner is doing “the minimum” to get by, and that he has received many complaints about the SPCA of Connecticut.

“It’s just the beginning,” he said. “We have to tighten our laws and get rid of the loopholes.” 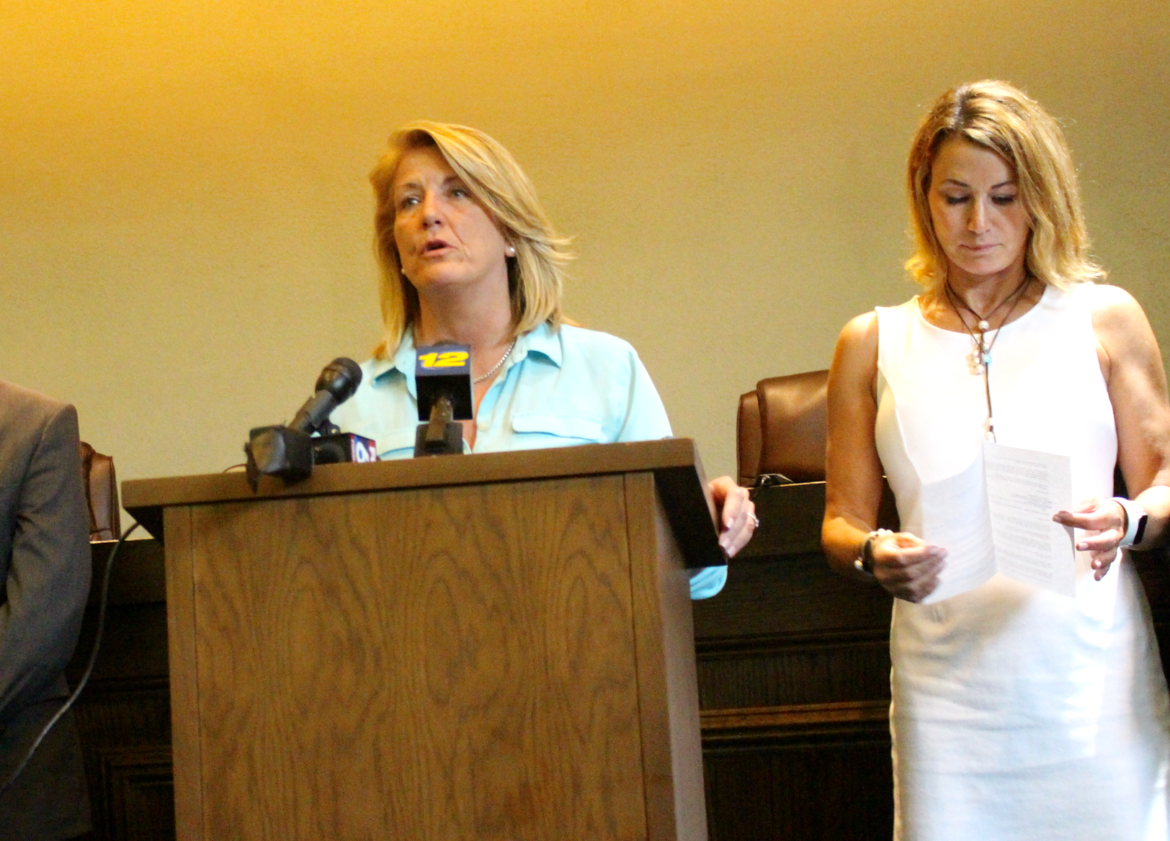 State Rep Brenda Kupchick from Fairfield spoke about the SPCA of Connecticut during a press conference in Monroe, Aug. 10, 2016 Credit: Leslie Yager

State Rep Brenda Kupchick of Fairfield, known as a powerful advocate for animal rights advocate, described the situation at SPCA of Connecticut as “inhumane and unfair.”

“Domestic animals have a right to be treated in a humane way — which means not in a position in sweltering heat, freezing cold, not having access to water, being in a dirty, disgusting cage or area — not having the ability to walk or sit up in a crate, walk or be socialized,” she said.

Kupchick said there are so many rescues who make sure animals are being treated appropriately and go to good homes. However, she said, “Unfortunately this rescue gives the rest of them a bad name.”

“I am looking forward to working with Klarides in the fall. “And secondly, to stop people convicted of animal abuse from having any contact with animals. It seems like a common sense thing, and I hope we can get that done.”

State Rep Fred Camillo of Greenwich, another avid dog lover and advocate for animal welfare, who was not able to attend the press conference, had this to say. “This horrible situation is a very good reminder why we formed the legislators for Animal Advocacy caucus in the Connecticut Genreal Assembly in 2009, which was the first int he nation.”

Camillo said that enforcing the laws on the books, strengthening the ones that need to be stronger and keeping an eye out for situations that may call for additional laws is discussed before each session. “This will certainly be one of those that is reviewed and discussed,” he said. 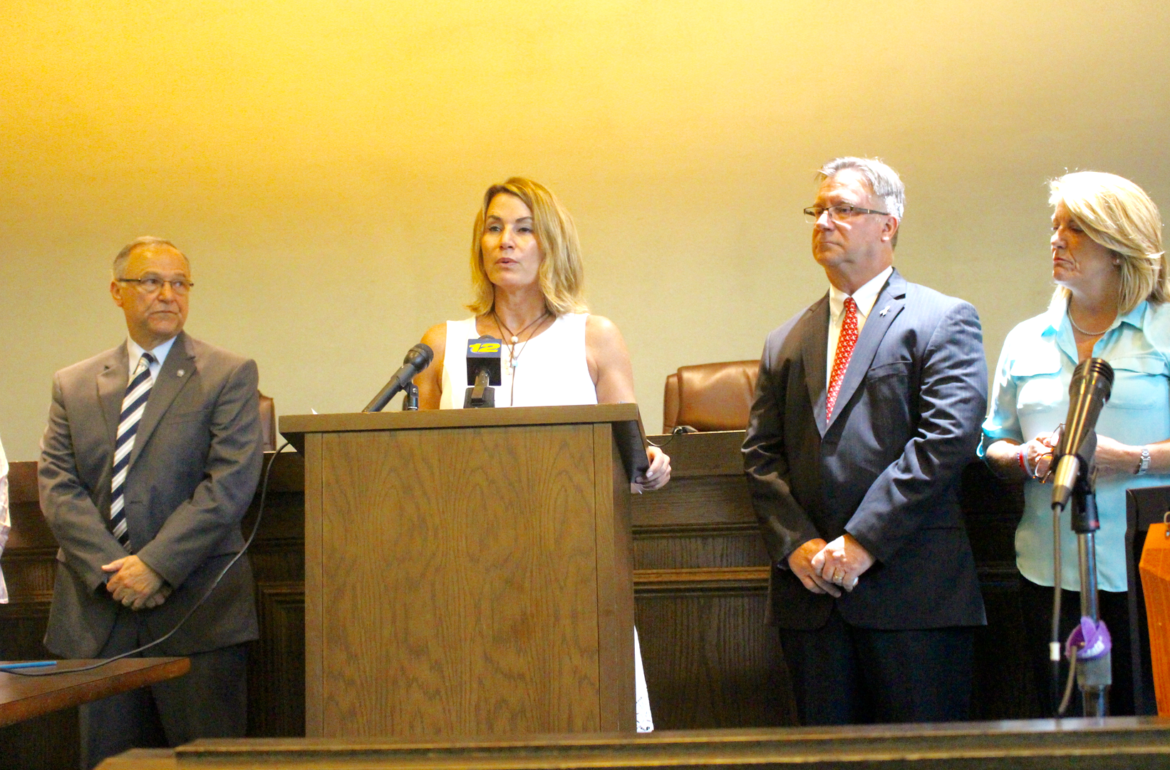 Jo-Anne Basile from CT Votes for Animals said her group looked forward to collaborating with private rescues and the state Dept of Agriculture, which has oversight of animal rescues and shelters, to protect and humanely treat animals in Connecticut.

“We all believe in second chances, but I don’t know of numerous convictions in two courts, within a 12 month period, of animal cruelty yet someone is still allowed to get out and rescue and shelter animals,” Klarides said. “Those two words are contradictory.”

Klarides said that Acker’s sentencing is set for Sept. 6.

She urged anyone who cares about the care and protection of animals to attend the sentencing.

“If something serious does not occur during this sentencing in September, then there’s something drastically wrong with how the judicial branch is operating,” Klarides said.

A Conversation with Fred Acker, Former Director of SPCA of Connecticut

Letter to the Editor:”Free the Bethlehem 63″ T-Shirts Support Care of 63 Dogs Seized from Fred Acker