In a Feb. 14 GFP feature, “A Conversation with Fred Acker, Former Director of SPCA of Connecticut,” Acker accused Umstead of profiteering from his misfortune, stealing three of his dogs and dragging out the legal process at the expense of the 60+ dogs seized from his rescue organization.

Reached by phone, Umstead  answered questions with questions. “First off, I’d like to know, If his dogs in Monroe are outside at adoption events for three hours and are walked every morning, does that mean they are in crates for 21 hours?”

Animal Rescue: A Millionaire’s Business?
Umstead rebutted Acker’s assertion that other than SPCA of Connecticut, only one private shelter has opened in the state in 15 years, and that running a shelter is the prerogative of millionaires.

“He fails to give ARF credit for opening a great facility in Terryville with donations and fundraising,” Umstead said.

ARF stands for Animal Rescue Foundation, Inc. ARF is a non-profit shelter staffed entirely by volunteers. According to the shelter’s website, after the non-profit’s shelter was destroyed by fire in 2008, volunteers and the public raised enough money to build a state of-the-art shelter.

“Also, a group called Our Companions is running a shelter without millions of dollars, but rather with fundraising,” said Umstead. Located in Manchester, the mission of Our Companions is “to do the right thing for animals regardless of the challenge or cost.” Our Companions was founded in 2002.

Umstead also takes umbrage at Acker’s claim of having sacrificed a nice lifestyle in Greenfield Hill in order to run SPCA of Connecticut.

“I work seven days a week,” Umstead said. “Initially I only worked at the kennel. Then I took on the additional two town jobs of animal control. So I’m working seven days a week at three jobs.”

“As the economy worsens there are many $5.00 dogs in municipal pounds, contrary to his statement,” Umstead insisted. “The most they are is $50.00 with the state APCP voucher so $345.00 profit still isn’t bad,” Umstead said referring to the difference between $50 and the $395 adoption fee charged by SPCA of Connecticut.

APCP is an acronym for the state of Connecticut’s Animal Population Control Program.  In Connecticut, funding for the program comes from an annual surcharge on Connecticut dog licenses ($2.00 sterilized/$6.00 unsterilized), the $45.00 adoption fee, proceeds from the sale of the “Caring for Pets” commemorative license plates and donations.

“Make up your mind. How many missing? Two or three?” Umstead charged back.

Umstead recalled her initial visit to Acker’s unfinished kennel was in response to a complaint of a roaming dog by an employee of Sugar Mountain Farm, which had leased the space to SPCA of Connecticut.

“A dog named Moe had escaped Acker’s care and was struck and killed,” Umstead recalled. “He was a cute little white dog and I found it dead in the road. Graphic photos of the dead dog were introduced in the civil case, but not allowed as evidence in the criminal case.”

Umstead surmises Acker may have Moe to the the tally of dogs he alleges she stole from him, a charge she describes as “another lie.”

Seven Days Away from Being Fabulous
In response to Acker’s description of the leased Bethlehem facility as “seven days away from that place being fabulous,” when it was raided, Umstead said, “For a month he kept telling me he was almost ready. It should have been ready before they moved dogs in. Why would I believe him it was days away from being fabulous? It should have been done before the dogs were put in that freezing, cramped, dark environment.”

Appeals Process and “Medium-Sized” Dogs
“He makes it sound like we appealed. That’s another bold faced lie,” Umstead said, explaining how on Feb. 14, 2013, Judge Trombley awarded the small dogs be cared for by the town of Bethlehem and the large dogs go back to Acker. “He never said anything about medium-sized dogs. At that point we were not happy, but the dogs were being held so long already so we agreed. The judge said for our vet and his vet could get together and decide which were small and which were large dogs. But, then, on the 29th day he (Acker) appealed the decision. Not us. That is a bold faced lie,” Umstead said. “We have tried and tried to work deals with him and he has absolutely refused. Do you think we want to keep doing this?”

Hemlock Kennels
The 60+ dogs seized from Acker are being kept in a total of 11 different facilities in Connecticut, including three boarding kennels, all of which are being compensated for their services.

“So why does he keep talking just about Hemlock?” Umstead asked. 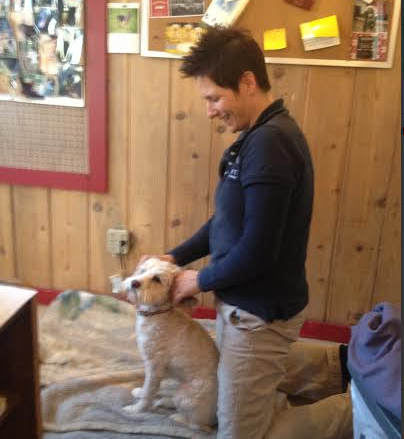 One of the dogs seized from the Fred Acker’s barn in Bethlehem, currently in the care of Bethlehem ACO Umstead, photographed receiving a massage earlier this week from Sheri, a massage therpist . Contributed photo. 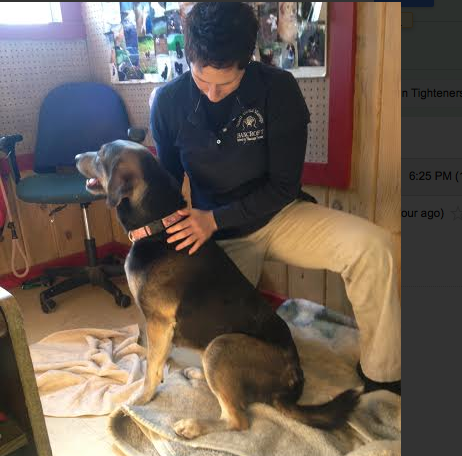 Josie, a dog that was seized from the Fred Acker’s barn in Bethlehem, currently in the care of Bethlehem ACO Umstead, photographed receiving a massage earlier this week. Contributed photo. 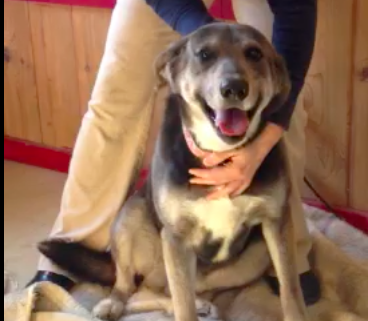 Josie, a dog that was seized from SPCA of Connecticut in Nov. 2012 gets a massage from Sheri while in the care of Bethlehem Animal Control. contributed image

Acker is scheduled to appear in court in Milford on Friday Feb. 21 for unrelated animal cruelty charges. In the meantime, a Facebook page entitled Bethlehem, Connecticut Cruelty and Corruptions was set up on Feb. 16 to represent Acker’s point of view. To date it has 23 Likes, while an opposing Facebook page entitled Free the 63 has garnered 680 Likes since it was created on Feb. 8