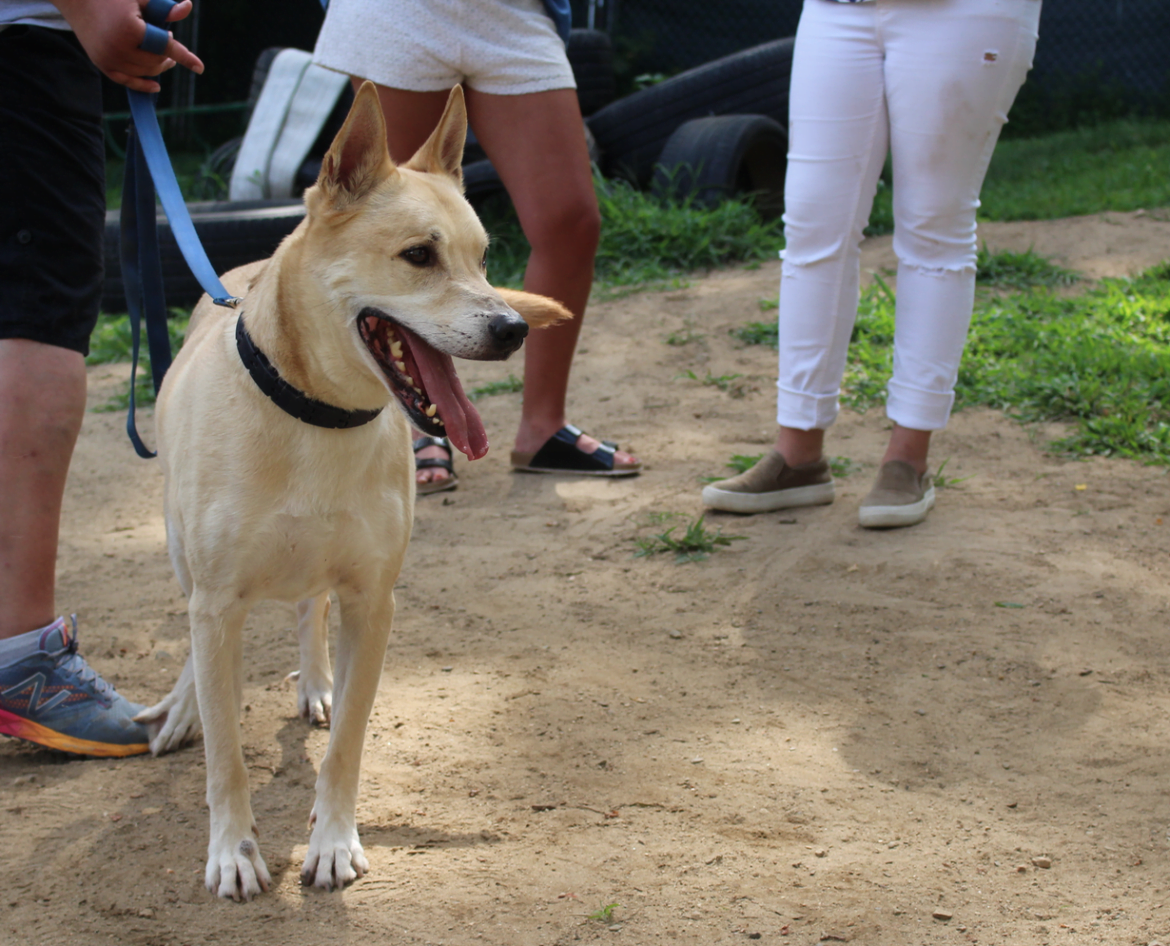 About three weeks ago, Frankie an energetic nine-year-old dog found himself back at Adopt a Dog after her owner of two years passed away.

Since his arrival, Frankie has been adjusting to living among the din of dozens of barking dogs.

Sadly, Frankie, through no fault of his own has had more than one loving family home, but came up short after changes in circumstances, including a family who lost their house and moved to a new home where dogs weren’t allowed.

On Saturday, August 19, Adopt-A-Dog will participate in “clear the shelters day” which is a nation-wide event originally launched through a collaboration of Telemundo and NBC. All fees will be waved, and lucky families can adopt dogs like Frankie. 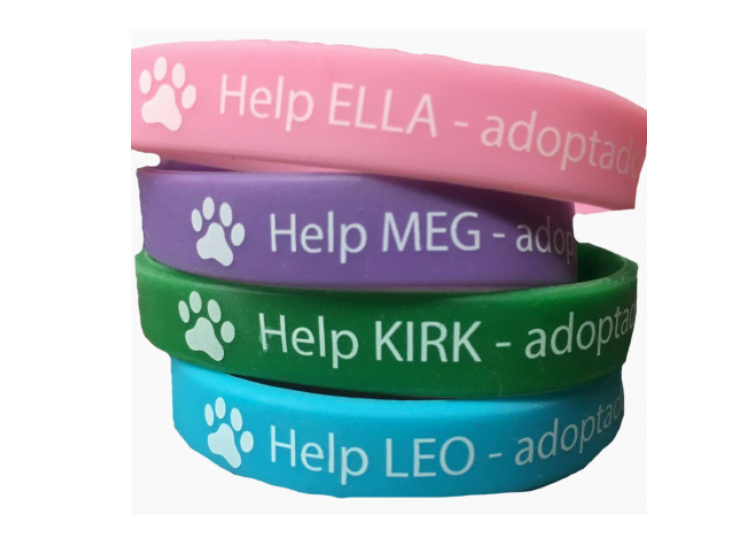 For their older dogs, Adopt a Dog has created a series of four bracelets called “diamonds in the ruff” available for purchase at just $1.00 each.

The bracelets are named for Meg, Ella, Leo & Kirk who have been with Adopt a Dog for over a year. Each bracelet is a different color and features one of the dog’s names.

All proceeds from the bracelets will be used to provide further care for the dogs.

Adopt a Dog Success Story: Elfie, a resilient dog, is ready for a forever home.