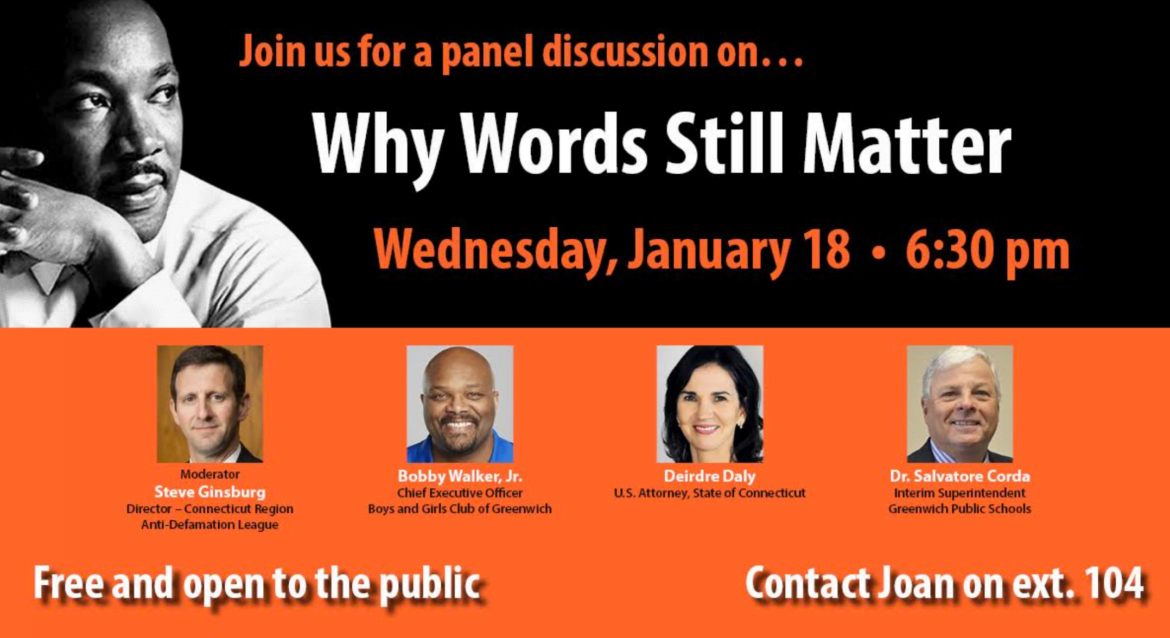 Each year, to honor the legacy of Dr. Martin Luther King, Jr., YWCA Greenwich holds an event to spotlight issues that Dr. King dedicated his life to addressing. With the recent rise in hate speech and hate crimes across the country, the 2017 event will focus on “Why Words Still Matter” in the context of building a community without hate.

The 2017 event will be held on Wednesday, January 18, from 6:30 – 8:00 pm at the YWCA Greenwich, 259 East Putnam Avenue, Greenwich and is open free for all members of the Greenwich community.

A panel of prominent community leaders will lead a discussion about what hate speech and hate crimes are, how our children are being affected by an increase in hateful rhetoric, and the role citizens and community leaders need to take a stand against language that incites division among our citizens.

“Building a strong and just community is core to the mission of the YWCA,” said Mary Lee Kiernan, President and CEO, YWCA Greenwich. “We chose to honor Dr. King’s legacy in this forum because he so deeply understood the power of words to create positive change.”

The format will be a panel discussion around the following topics:

The event is designed to raise awareness of how negative speech affects our community and give both individuals and organizations tools to help them deal with and address hate speech and hate-inspired behavior.