On Monday morning, several members of the Woman’s Club of Greenwich traveled to the Head Start preschool program at Armstrong Court bearing bags full of hats, mittens and scarves for the children. The visit represents something of a tradition. The club members have been making and collecting cold weather wear for the pre-schoolers for eight years.

In the corridor where a tree was strung with white lights, the women had a chance to chat with 3-year old’s and 4-year old’s from the Friendly-Fish class.

And while some of the Friendly Fish had the gift of gab, and others took a few minutes to warm up to visitors, none could hide their delight at the brightly colored array of mittens, gloves and hats.

Leo Dacosta said his favorite hat and scarf was the Batman set, while Kathryn Cojitambo was drawn to a simple pink matching set.

As volunteers from the Woman’s Club of Greenwich, who have a grand clubhouse at 89 Maple Ave, unpacked bags full of mittens, scarves and hats, they had a chance to mingle with the children who would head home with the gifts.

“Deborah knit about a dozen hats and scarves,” said Nancy Underwood, referring to Deborah Jander, past president of the Woman’s Club. “It relaxes her.”

The delivery of winter wear is but one example of the volunteer spirit among the members of the Woman’s Club of Greenwich. Also, the club collects food, blankets and clothing for Neighbor to Neighbor every month. The club, founded in 1910, brings together women to promote civic, philanthropic and educational activities and exert a helpful influence in the community.

Mrs. Klumpp, who mentioned she has been volunteering for Meals On Wheels for 25 years, said the Meals on Wheels kitchen has been located on site at 89 Maple for decades. 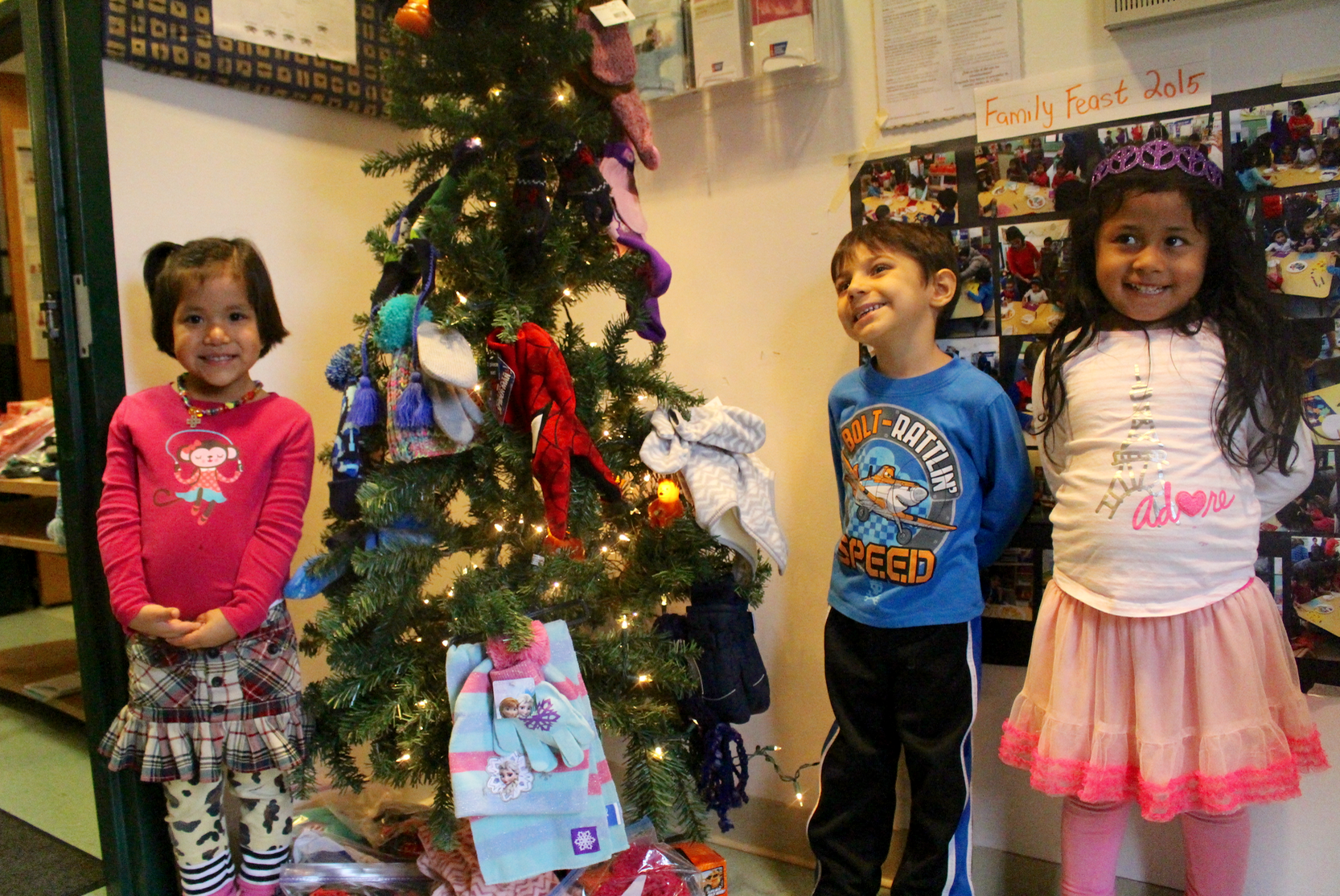 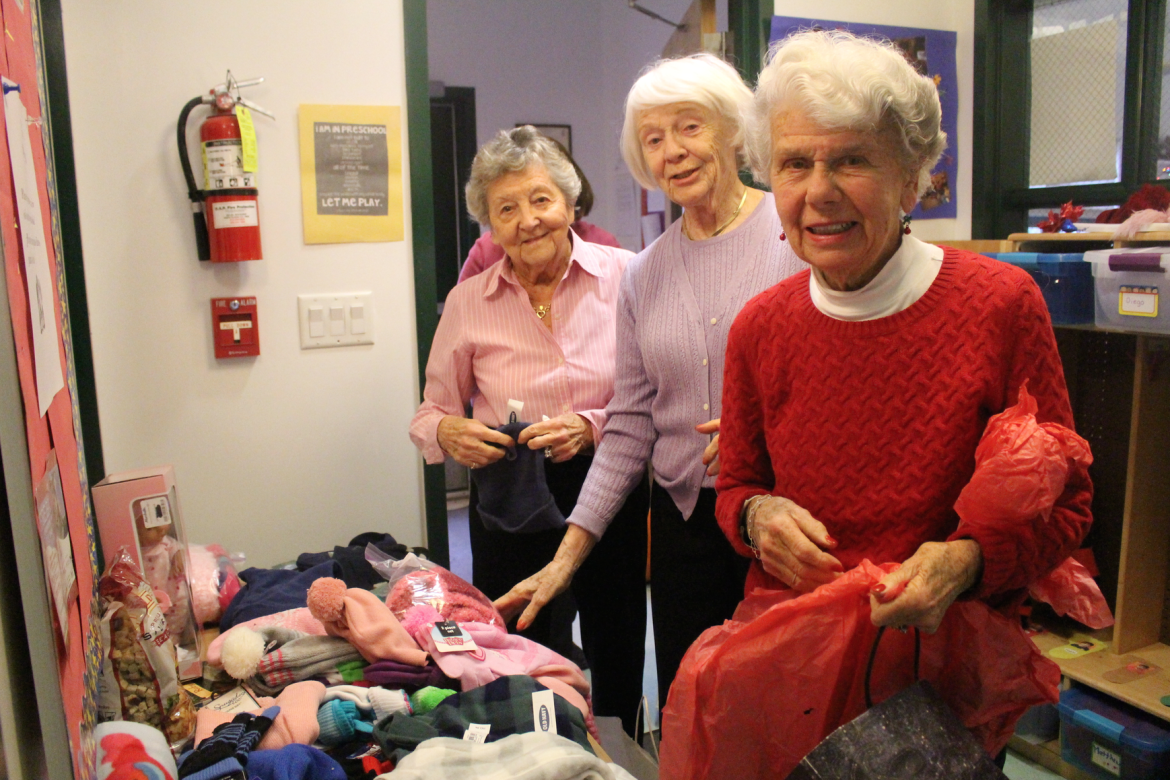 Dolly Margenot, Mary Alice Yates and Maggie Klumpp organize the hats and scarves on a table in the corridor at the Head Start Pre-school program at Armstrong Court, Dec. 14, 2015. Credit: Leslie Yager 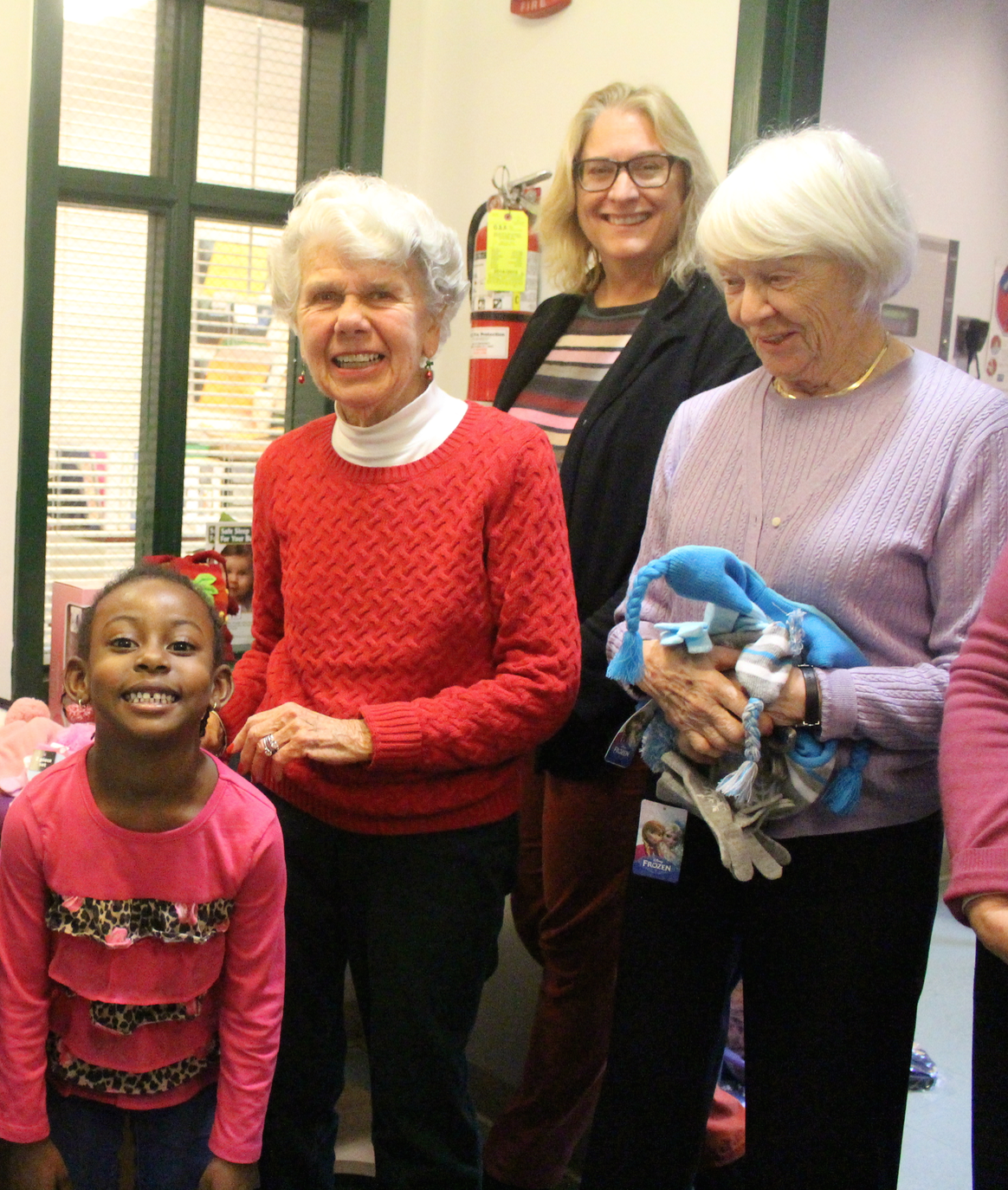 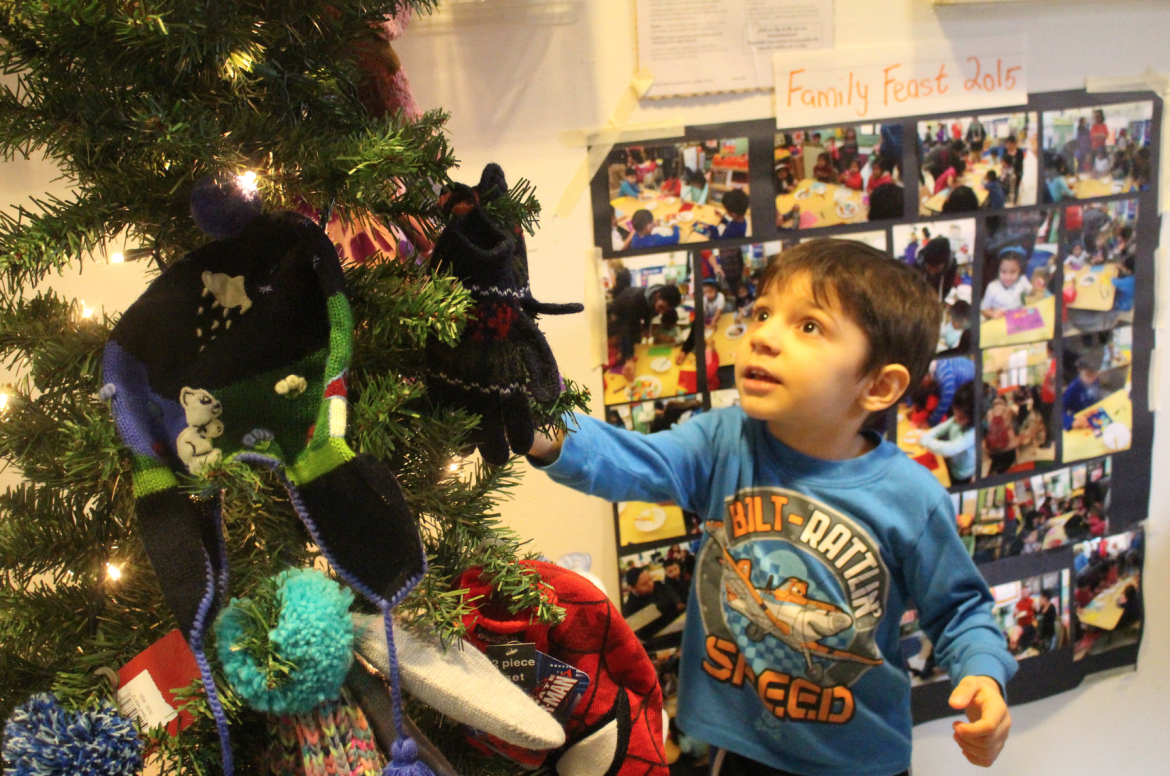 Leo Dacosta points out his favorites on the hat and mitten tree at the Head Start Pre School at Armstrong Court, Dec. 14, 2015. Credit: Leslie Yager 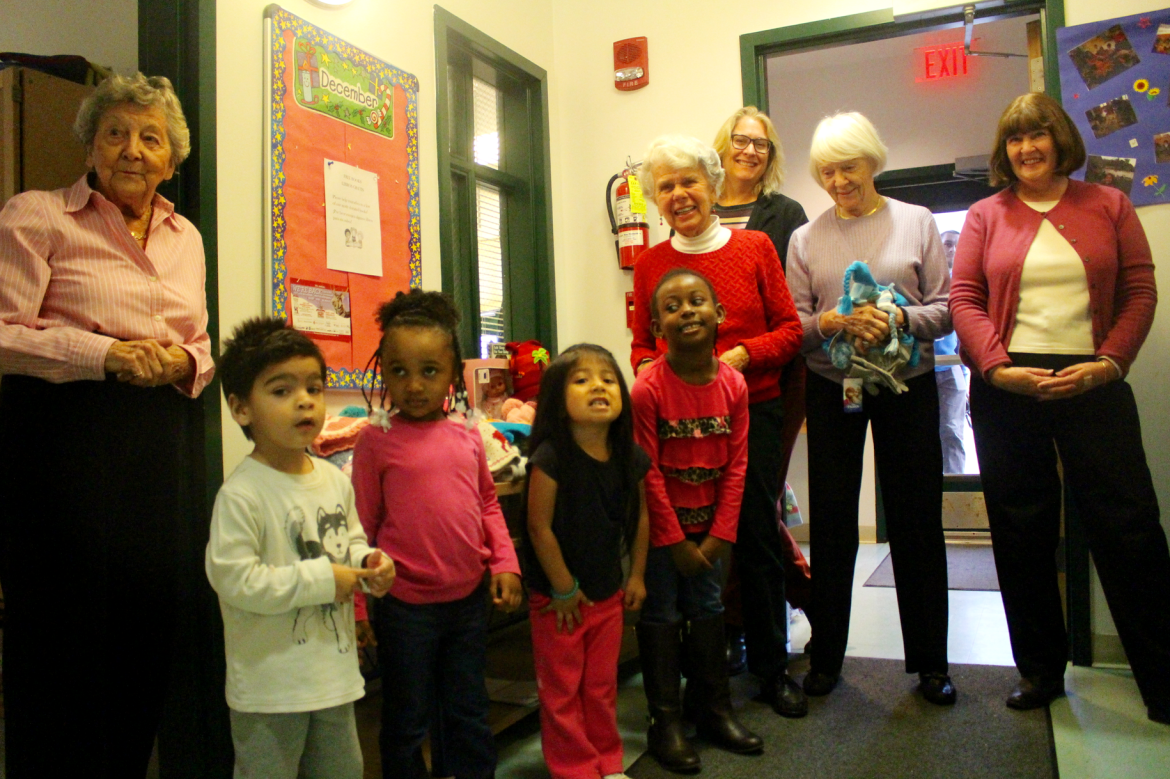 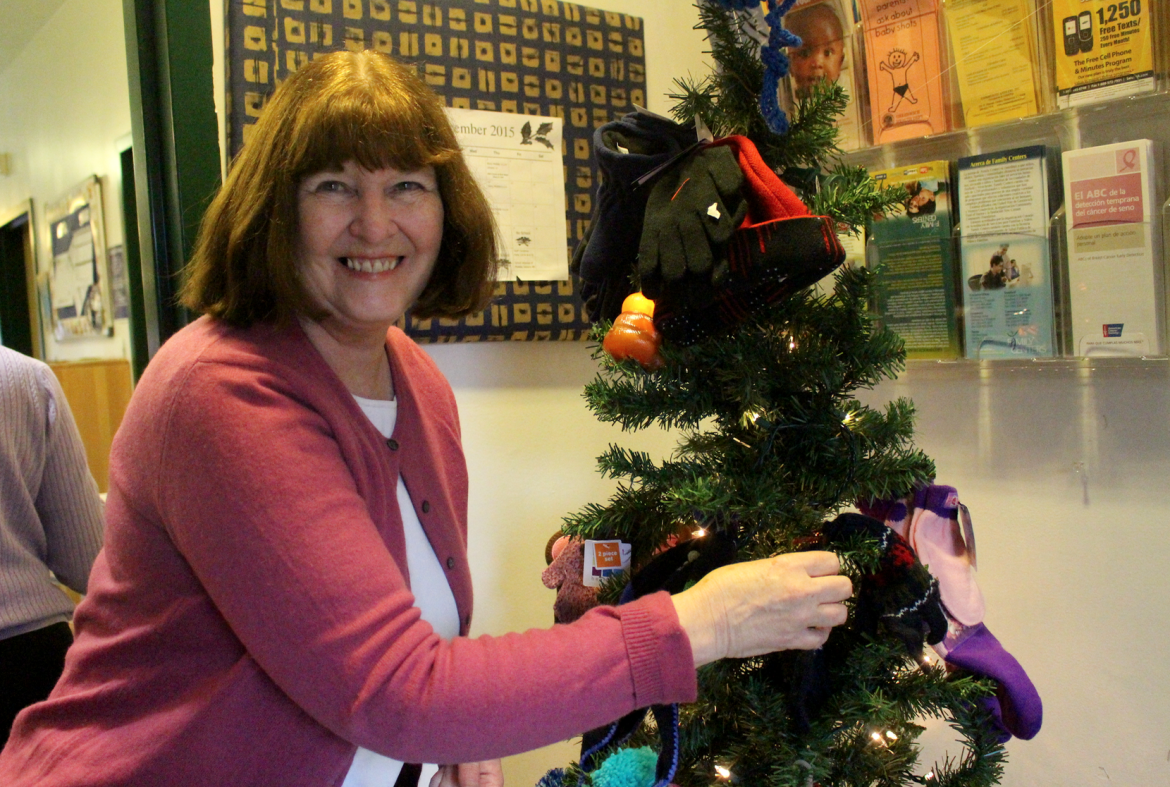 Nancy Underwood of the Woman’s Club of Greenwich places mittens and hats on the tree at the preschool at Armstrong Court. Credit: Leslie Yager 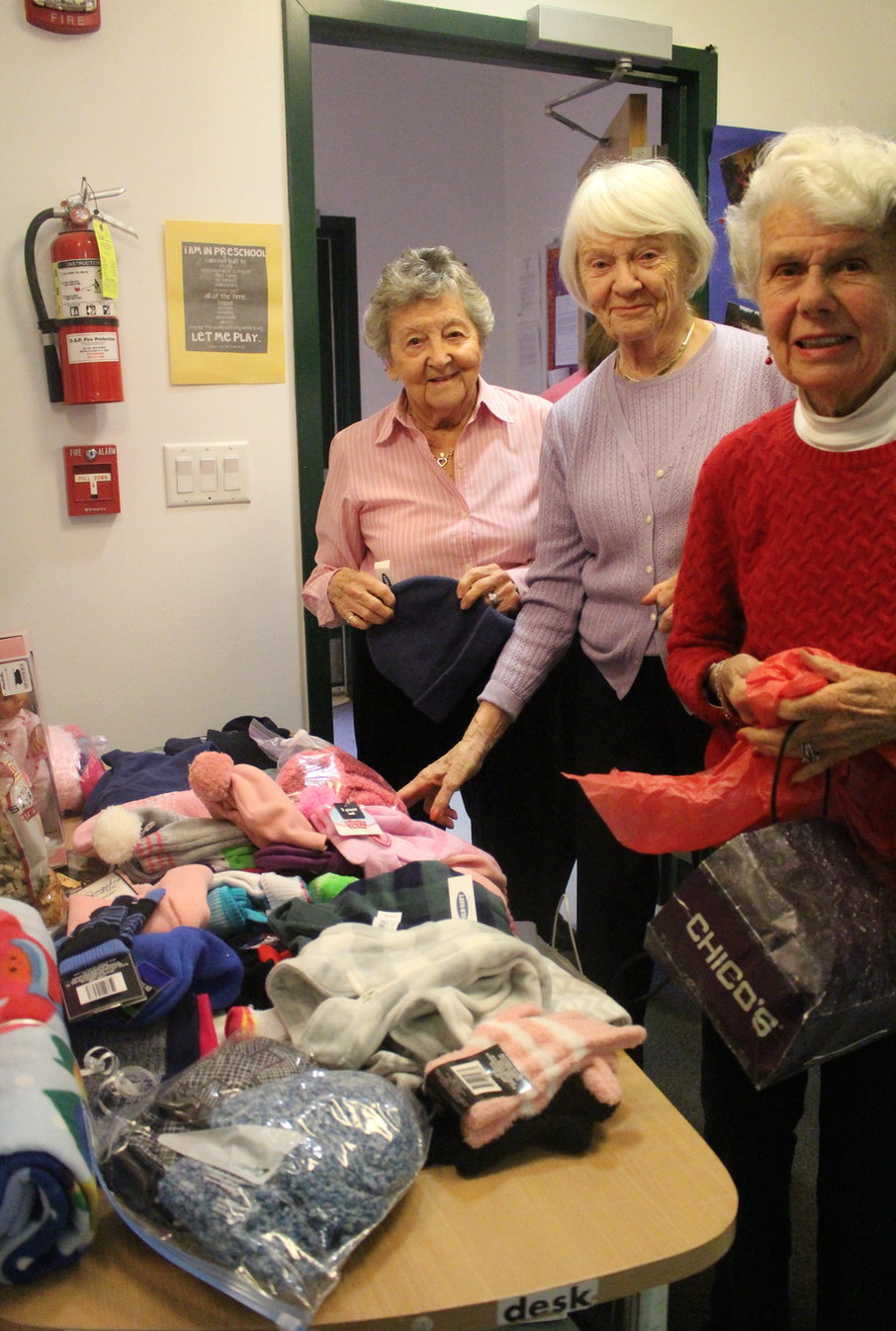 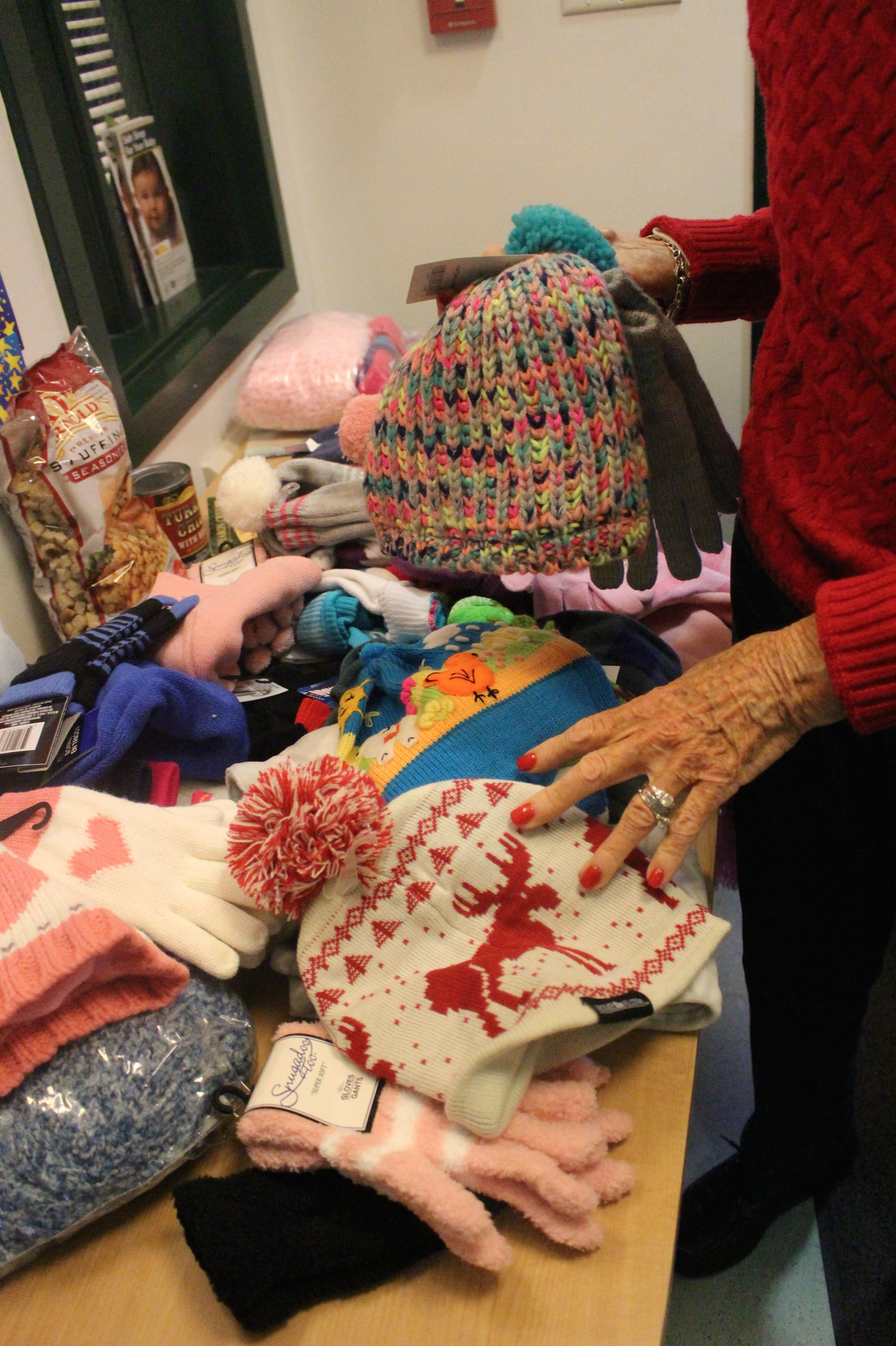 See also:
Family Centers Graduation at Armstrong Court is a Sea of Smiles