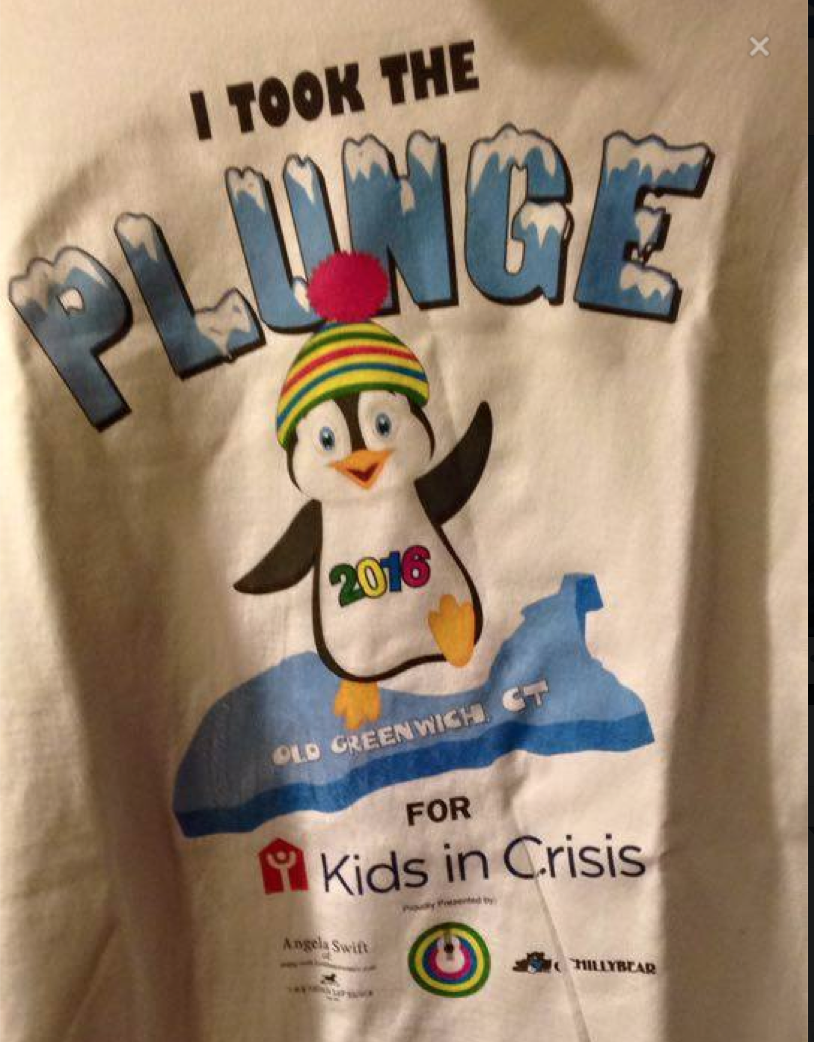 In a nod to the longtime local tradition of jumping into the water at Tod’s Pt on New Years Day, a few years ago Angela Swift had the idea of offering t-shirts  in exchange for a donation to Kids in Crisis.

The t-shirts will commemorate the start of a new year, the memory of a chilly dip and raise funds for Kids in Crisis.

And, this year the non profit organization needs help more than ever.

In November, the agency announced that the state had cut $750,000 in funding, and that the cut would go into effect in just 10 days. 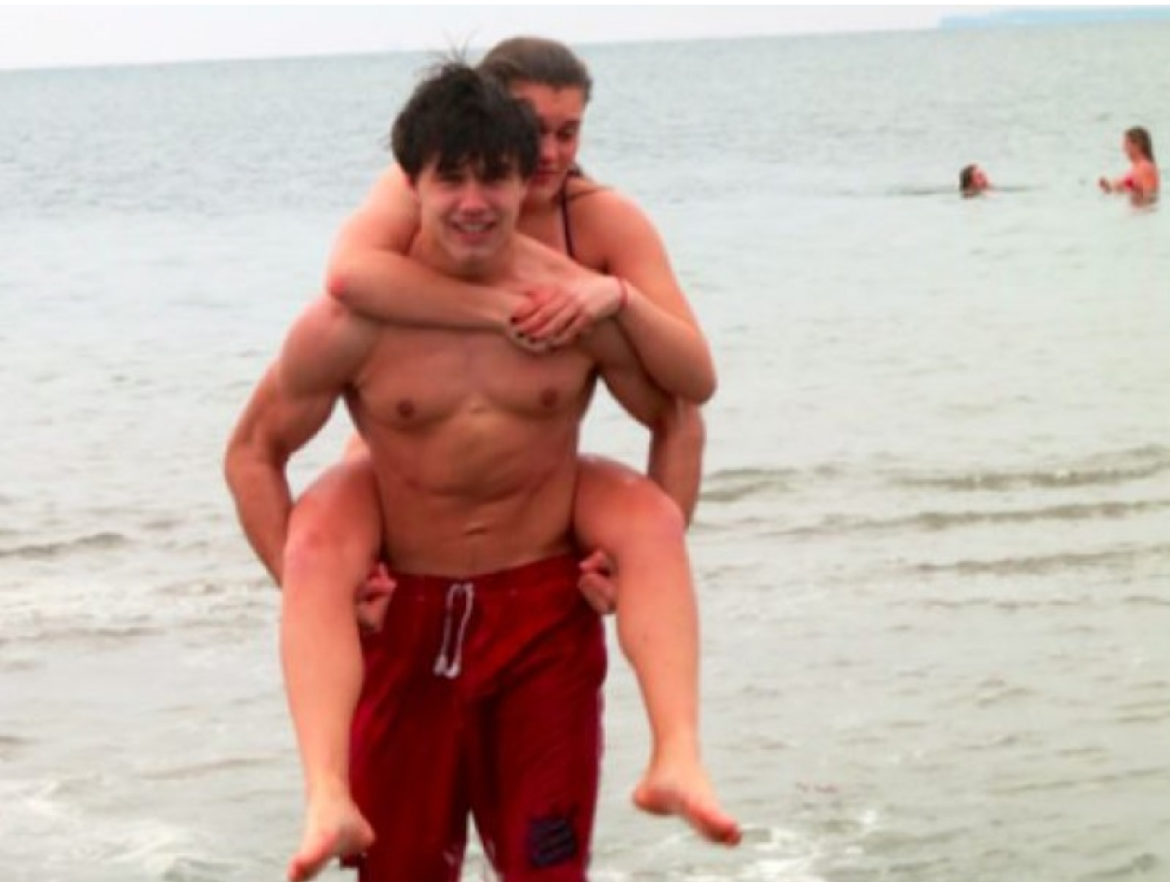 Executive director Shari Shapiro said the impact of the cut will be huge, and serves as an example of policy having “a head-on collision with practice,” she explained what might be the rationale. She added that DCF’s policy and focus has been to reduce “congregate care,” which is considered any type of living situation with staff working with children around the clock. “Their goal is to keep children in homes with family, friends or relatives. It’s a wonderful goal.” But, she pointed out, it’s not fair to lump KIC in with a traditional group home. 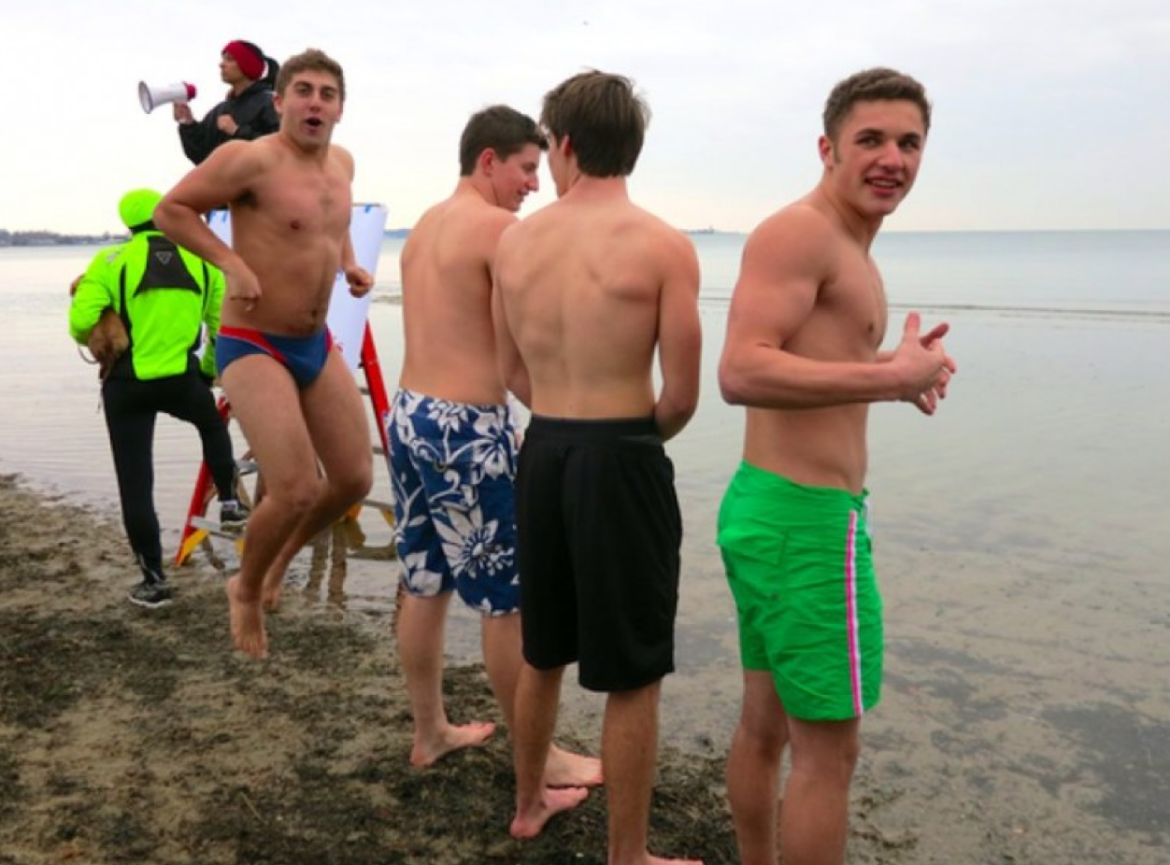 Buying a t-shirt at the beach on New Year’s Day is a great way to commemorate the new year and to raise vital funds for Kids in Crisis. Mrs. Swift, a mother of three, competitive runner and triathlete, again worked with Rich Fulton at Chillybear on the commemorative t-shirts.

At 12:00 noon sharp, Fred Camillo will lead the count down for everyone who wants to jump in the water as a group. You’ll find Fred at the flag pole at second concession stand.

Plan on arriving early because traffic can be a challenge when many people arrive at the same time.

Greenwich Free Press will be on hand to take photos, so check back with the website for a photo gallery and video after the plunge!

For more information on Kids in Crisis and to donate, visit www.kidsincrisis.org. 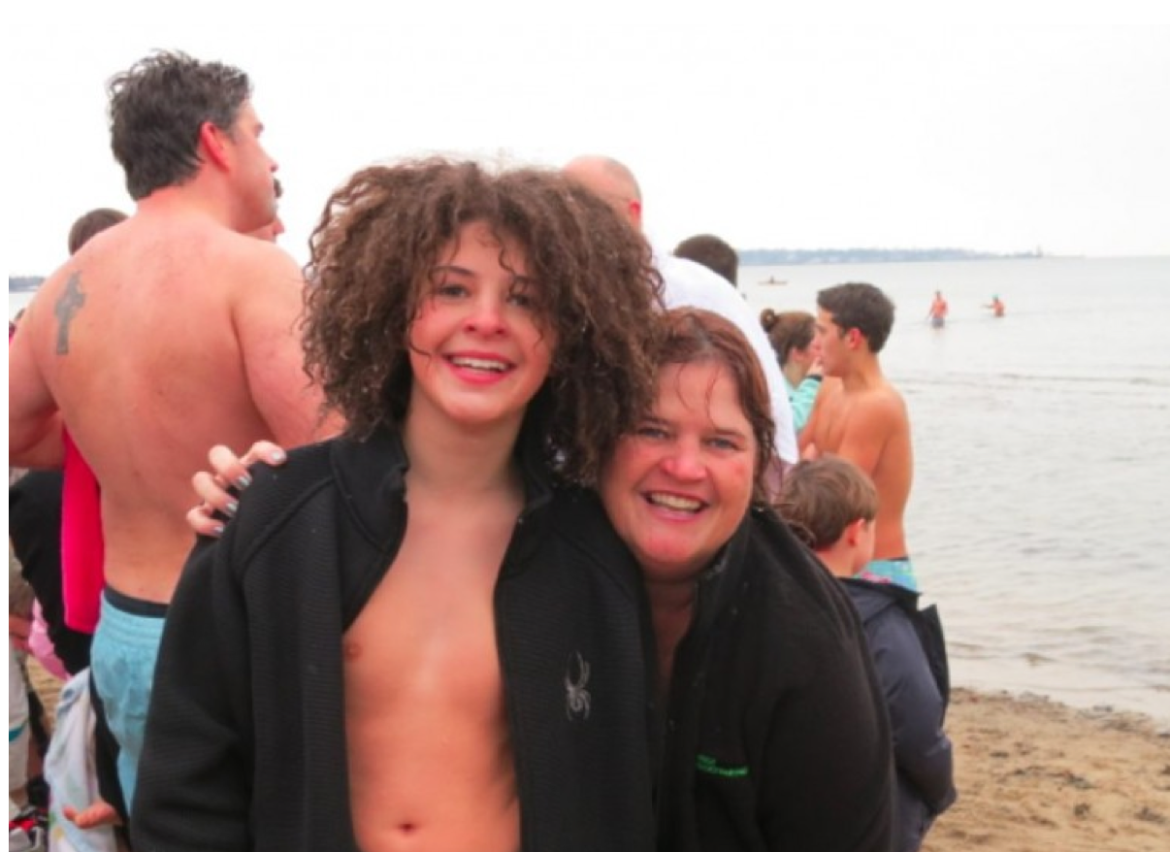 Kids in Crisis is Connecticut’s only free, round-the-clock agency providing emergency shelter, crisis counseling and community educational programs for children of all ages and families dealing with a wide range of crises – domestic violence, mental health and family problems, substance abuse, economic difficulties and more.  Since its founding in 1978, Kids in Crisis has helped more than 132,000 Connecticut children and families; last year, over 6,184 children and families received assistance from the organization. 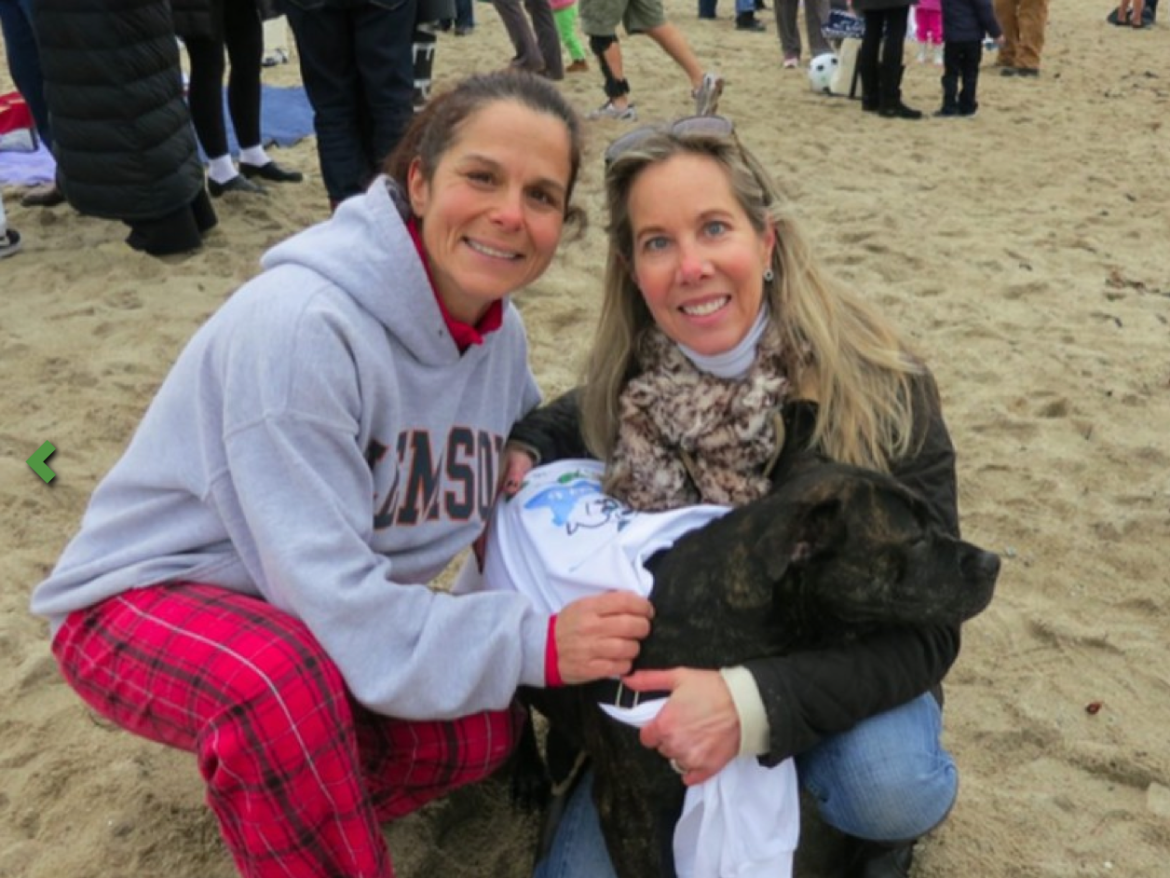 In 2013 Angela Swift and Tina Aronson attempt to put a t-shirt on Delilah the dog! Credit: Leslie Yager