Progress on Eversource’s new substation at 290 Railroad Ave was visible on Thursday, with two large electrical transformers having been lifted into place despite a delay.

Eversource spokesperson Frank Poirot confirmed that the giant crane used to lift the transformers into place had broken down on Wednesday. 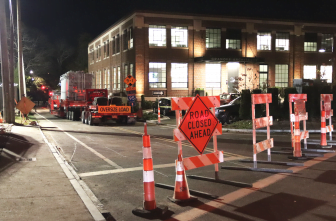 The scene around 6pm – Field Point Rd Shut between Railroad Ave and RR bridge in downtown due to Eversource delivery of large part for substation project. Nov 6, 2019 Photo: Leslie Yager

In the meantime Greenwich Police Tweeted out a traffic advisory that Field Point Rd was closed between Railroad Ave and Prospect Street where the trailer was parked.

Poirot said the two transformers were unloaded Thursday morning and the large trucks that delivered them have left Greenwich.

At Thursday morning’s press briefing, Greenwich Police Lt Slusarz said it had been a challenge for the trailer to up onto Railroad Ave, but that it couldn’t go forward and fit under the low Railroad bridge. 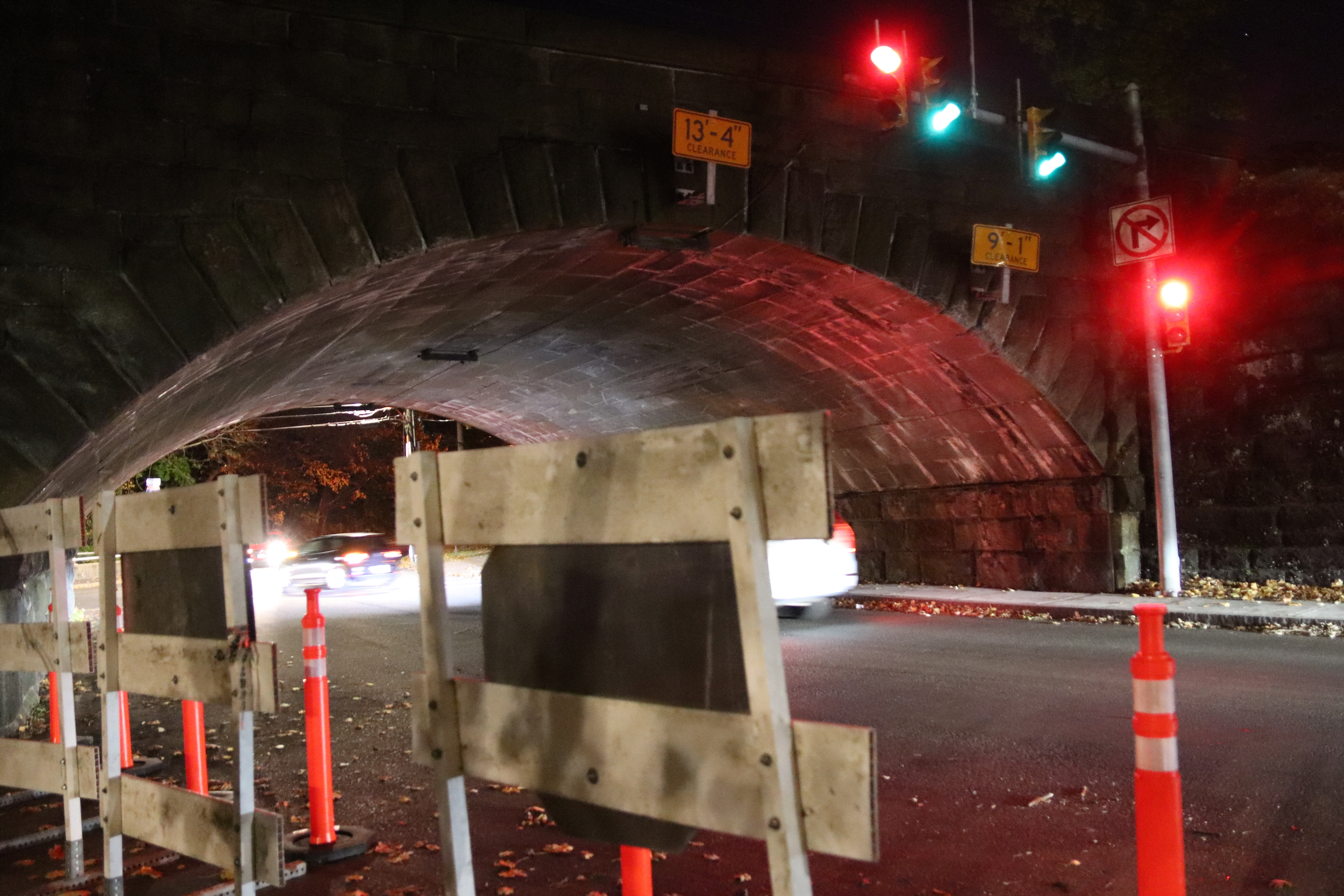 “It required some effort to stop traffic, so they could back it up,” he said. “It didn’t go off as scheduled. A crane was involved.”

Poirot said Field Point Road is expected to reopen as scheduled at 3:00pm on Thursday. 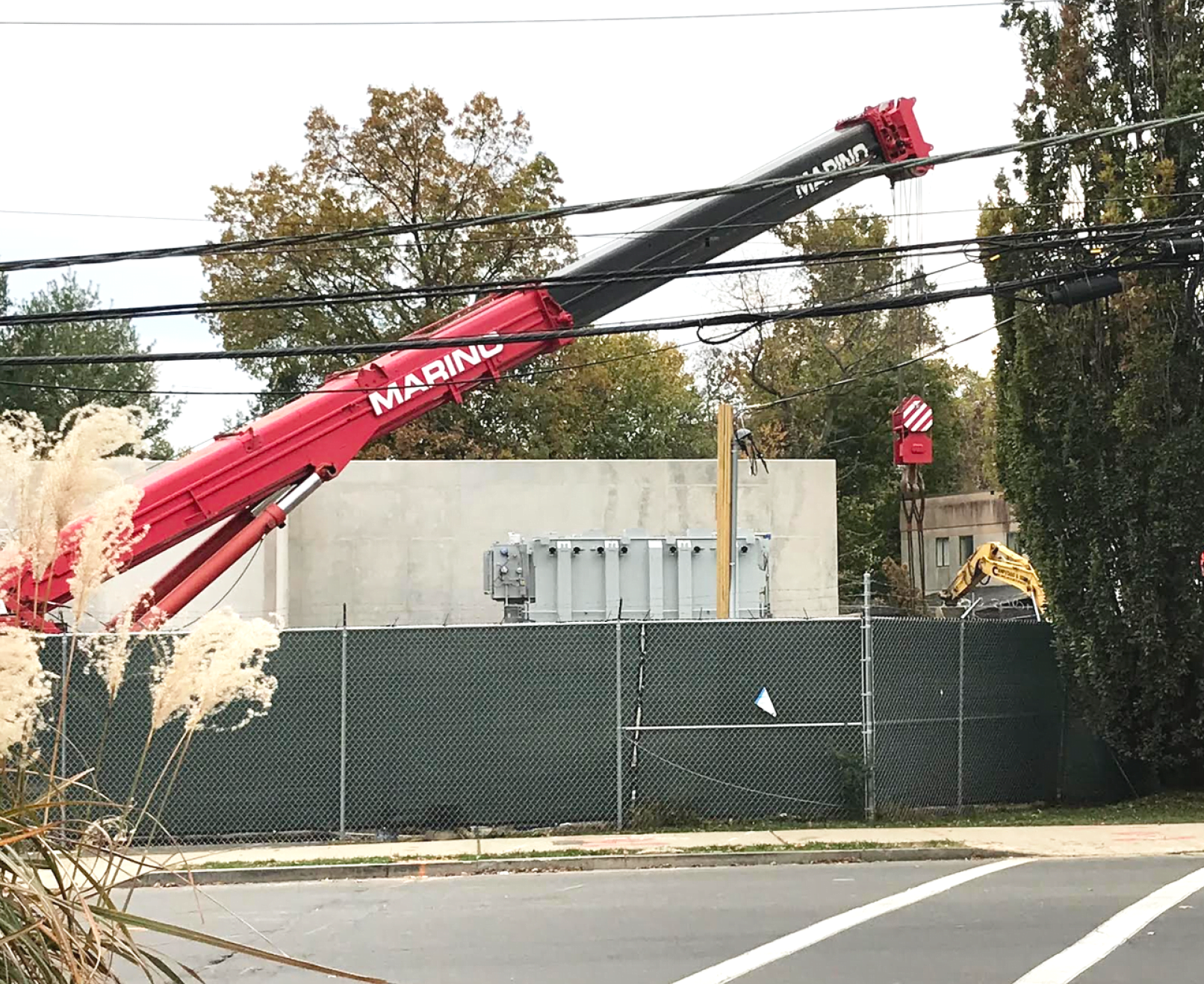 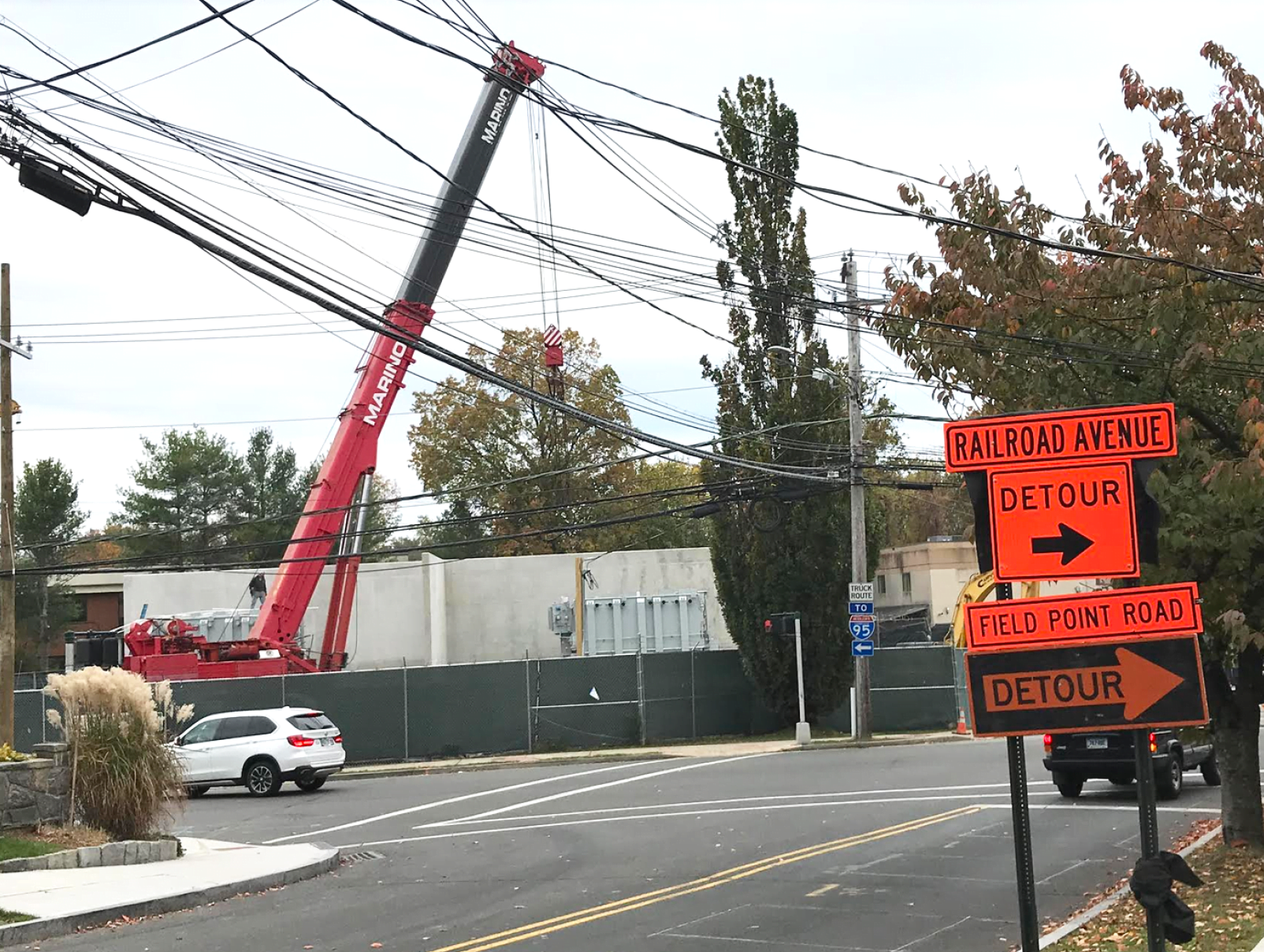 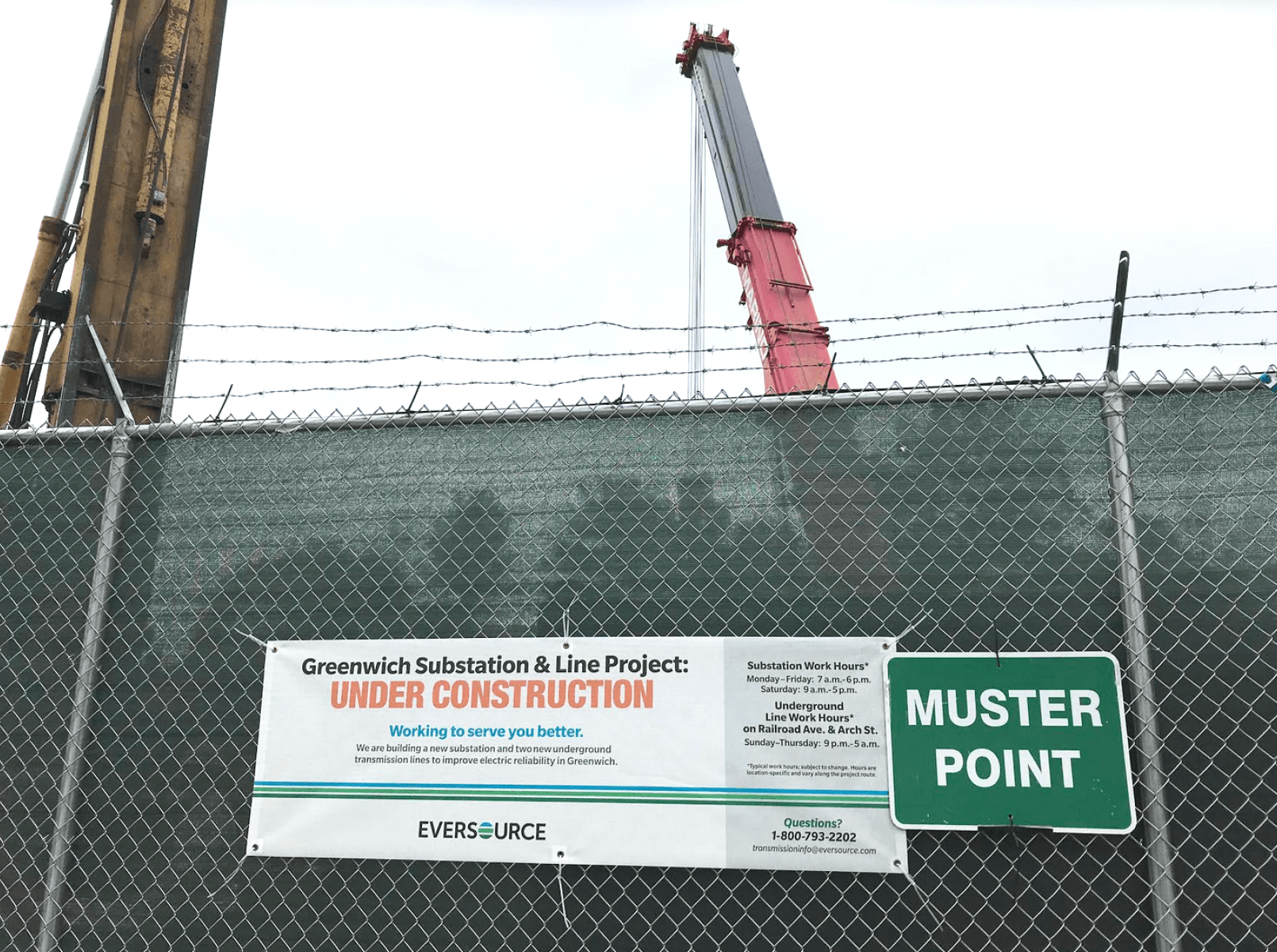 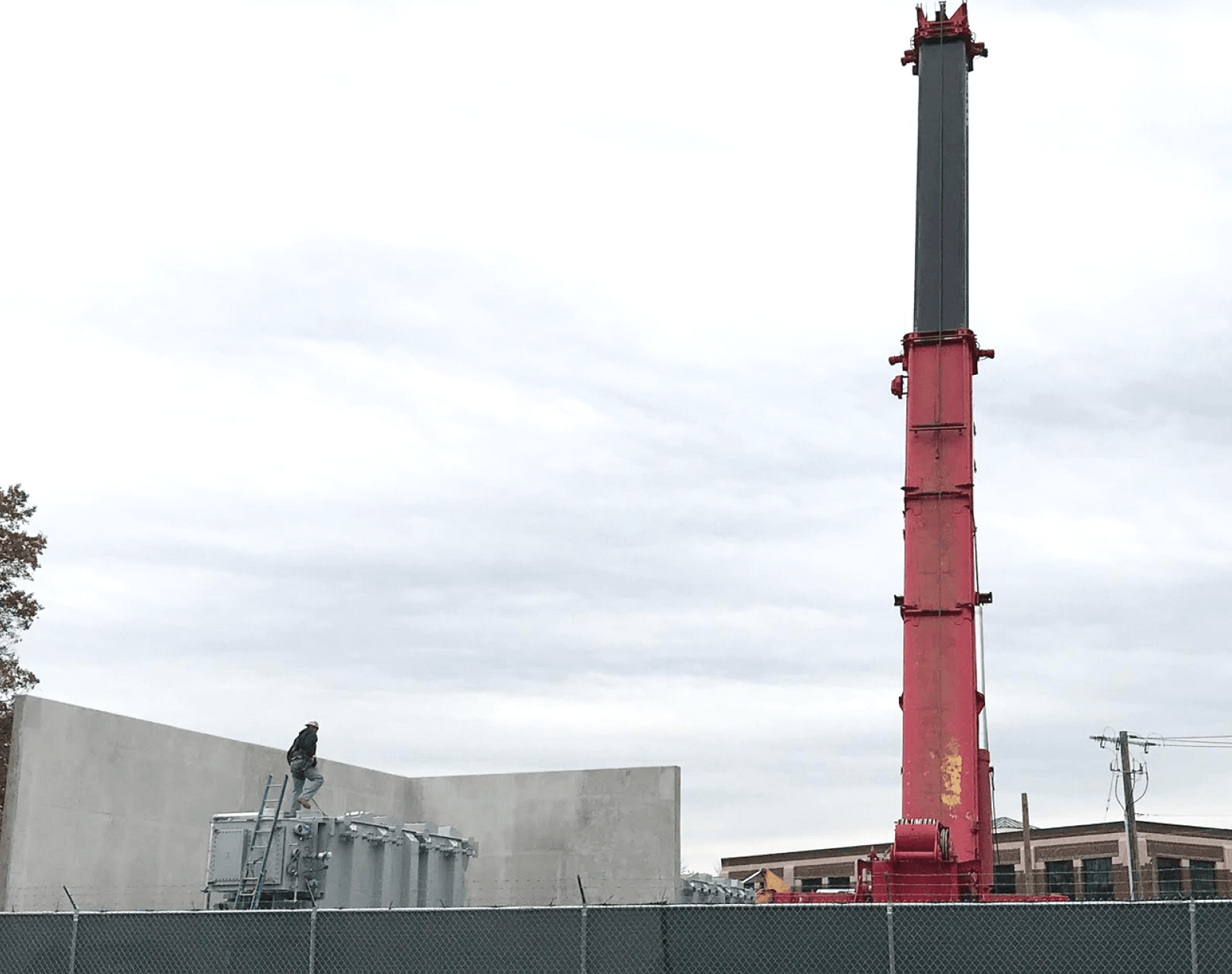 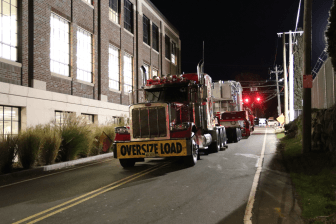