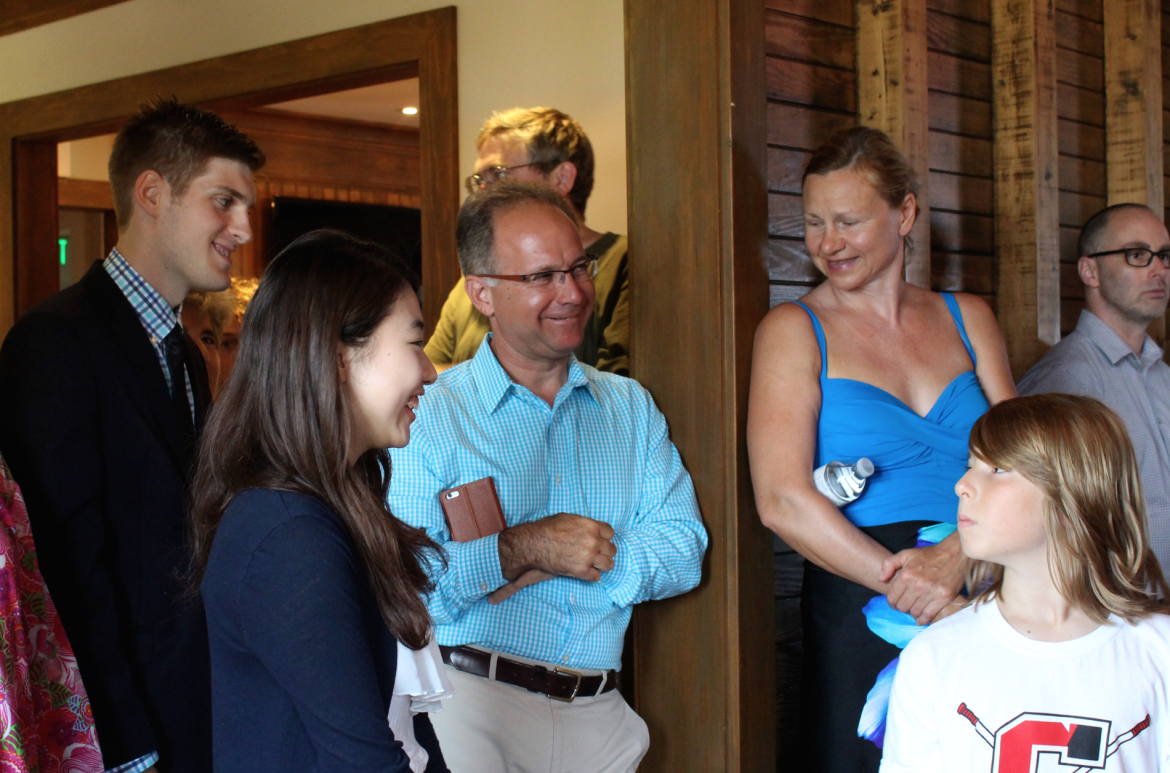 Mark Stitch, Teresa Zheng and Science teacher Mr. Bramante gather for the announcement of winners of the Science Fair at the Bruce Museum Seaside Center on Sunday. Credit: Leslie Yager

There was a tie for the People’s Choice Award between Teresa Zheng and Mark Stich.

The second place prize was also a tie between William Yin and Derek Woo.

The first place prize went to Margaret Cirino whose project was a synthesis of an electromagnetically-controlled corn-starch/PVA Bipolymer microbe for extended and targeted drug delivery.

“Basically I created a drug delivery device that dissolves over time and is motorized via magnetic fields. It means that you can have localized drug delivery and extended release at the same time,” Margaret explained. 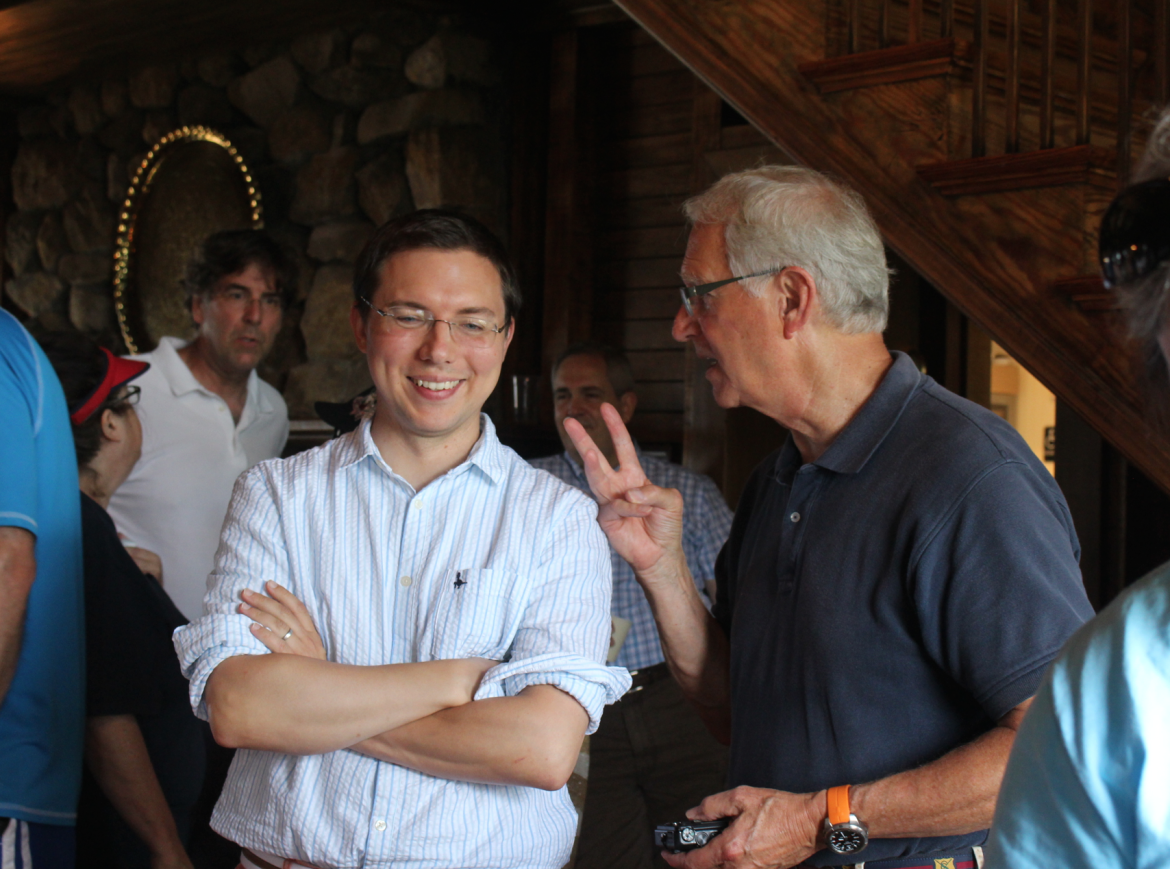 Daniel Ksepka, Bruce Museum’s Curator of Science with a fan at the Seaside Center on Sunday. Credit: Leslie Yager 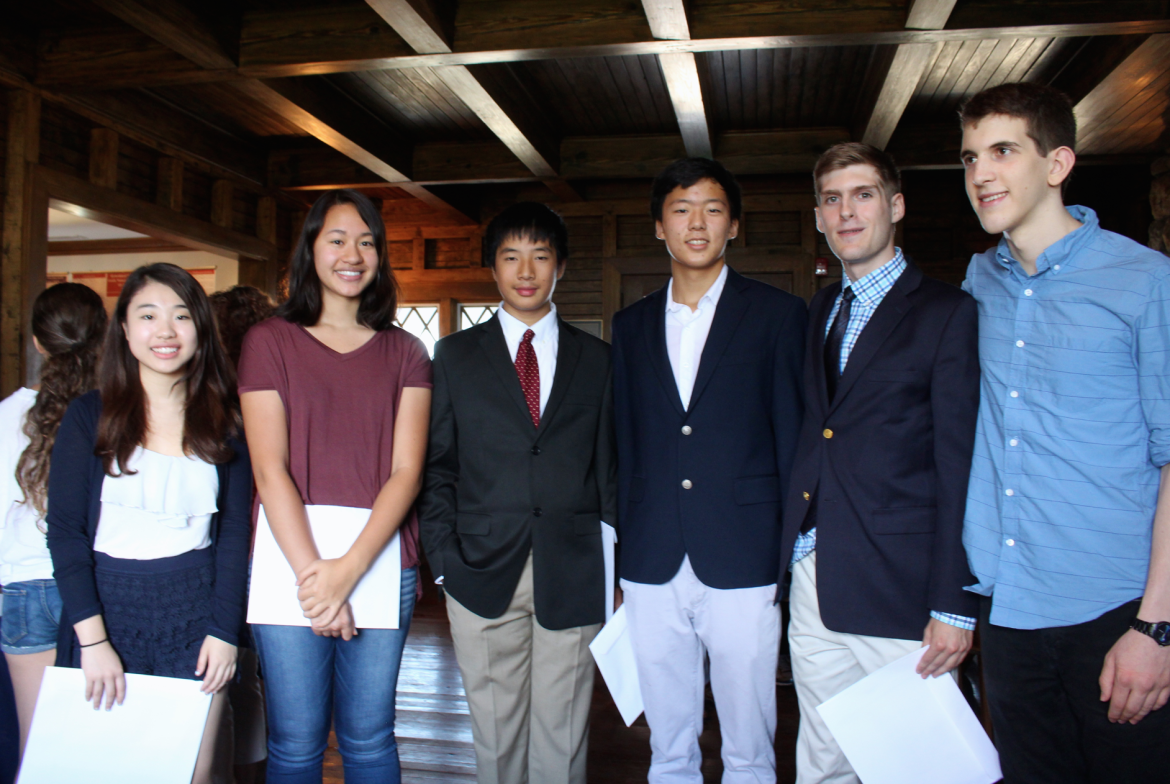 “The titles are all very challenging,” said Cynthia Ehlinger of the six projects. “Byt this is a great opportunity to go up to the students to ask them what, in layman’s terms, they did.” 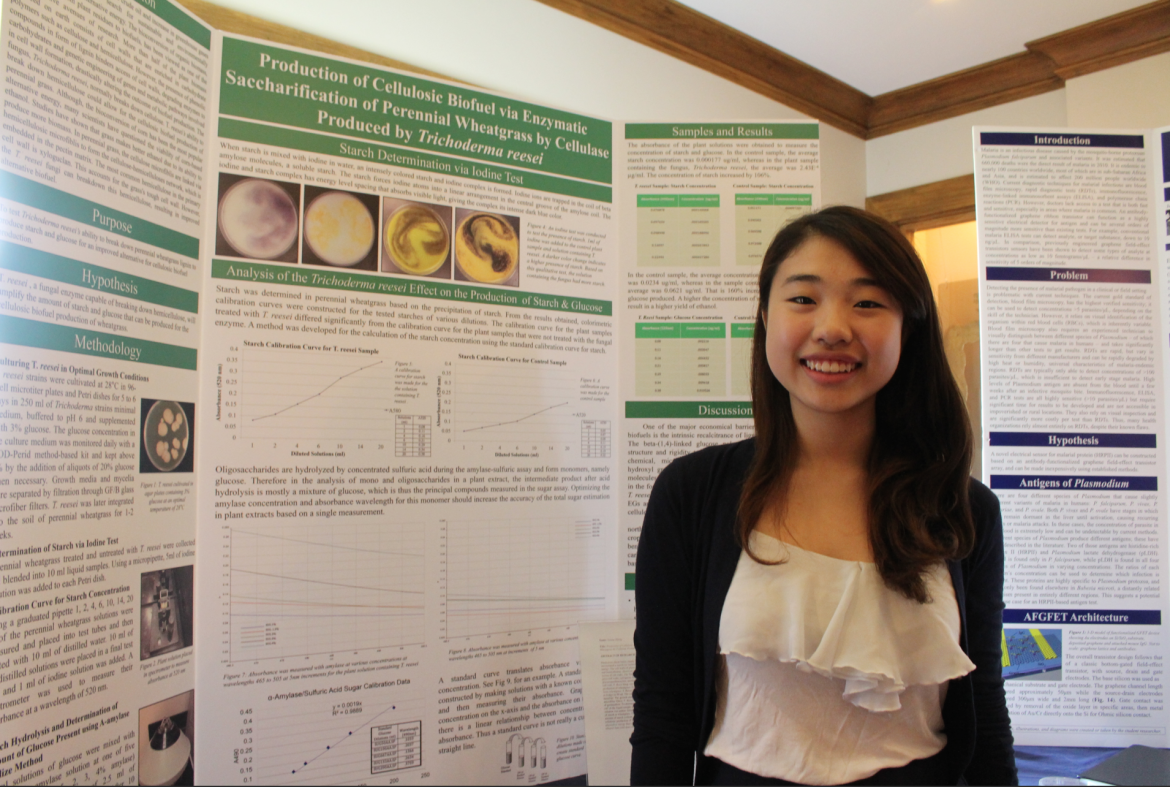 Teresa Zheng, a rising senior at GHS, explained that the goal of her project was to find an improved, alternative bio fuel. Although corn based ethanol is most popular alternative fuel, Teresa said it’s costly and gobbles up a lot of land.

“I found a fungus, trichoderma reesei, that had the ability to release enzymes that breaks down the cell walls,” Teresa said, a desirable feature for scientists who want  to use plant cells to make bio fuel for cars, for example.

“What I did was choose perennial wheatgrass. It’s a better alternate to corn-based ethanol because it has more biomass than corn which has to be planted and harvested. Wheatgrass is already abundant, which makes it more efficient and less costly. 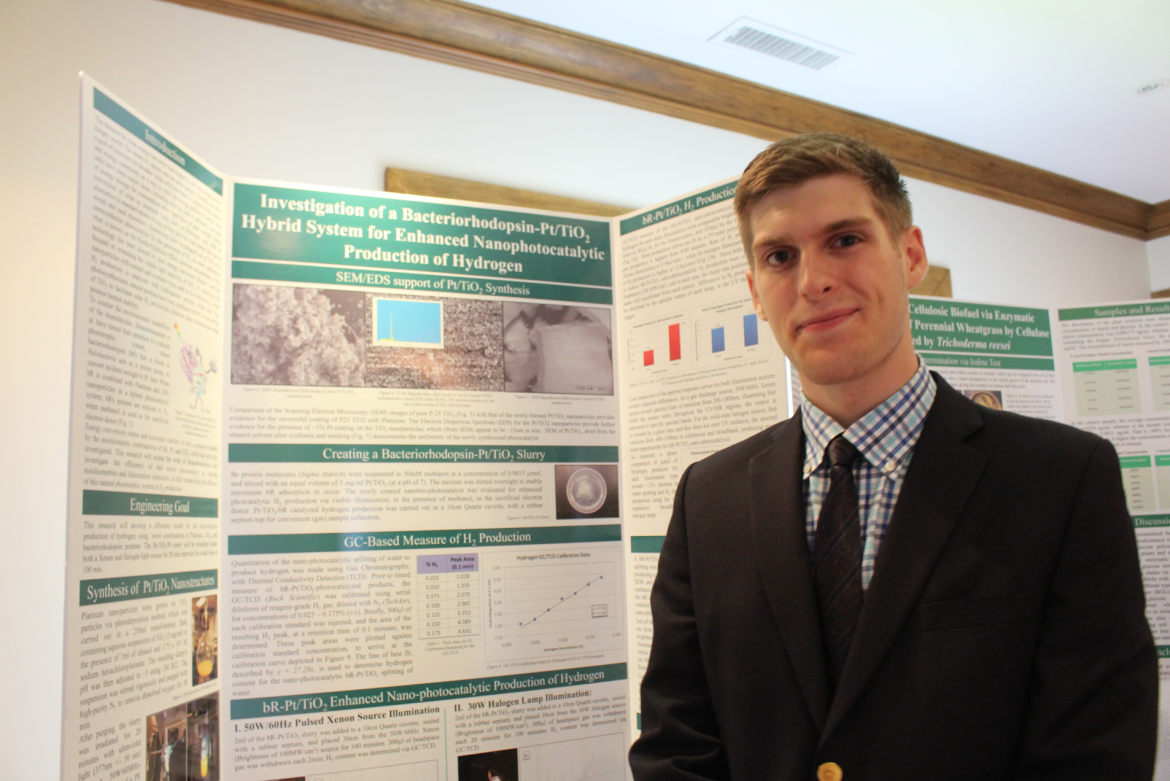 Mark Stich, also a rising senior at GHS, said he knew he wanted to work on an energy related topic. “In the future the most important thing is to find the energy source.”

“Look all around the world,” Mark said. “People are fighting for limited resources.”

Mark’s project was an investigation of a Bacteriorhodopsin-Pt/Ti)2 Hybrid system for enhanced Nanophotocatalytic Production. 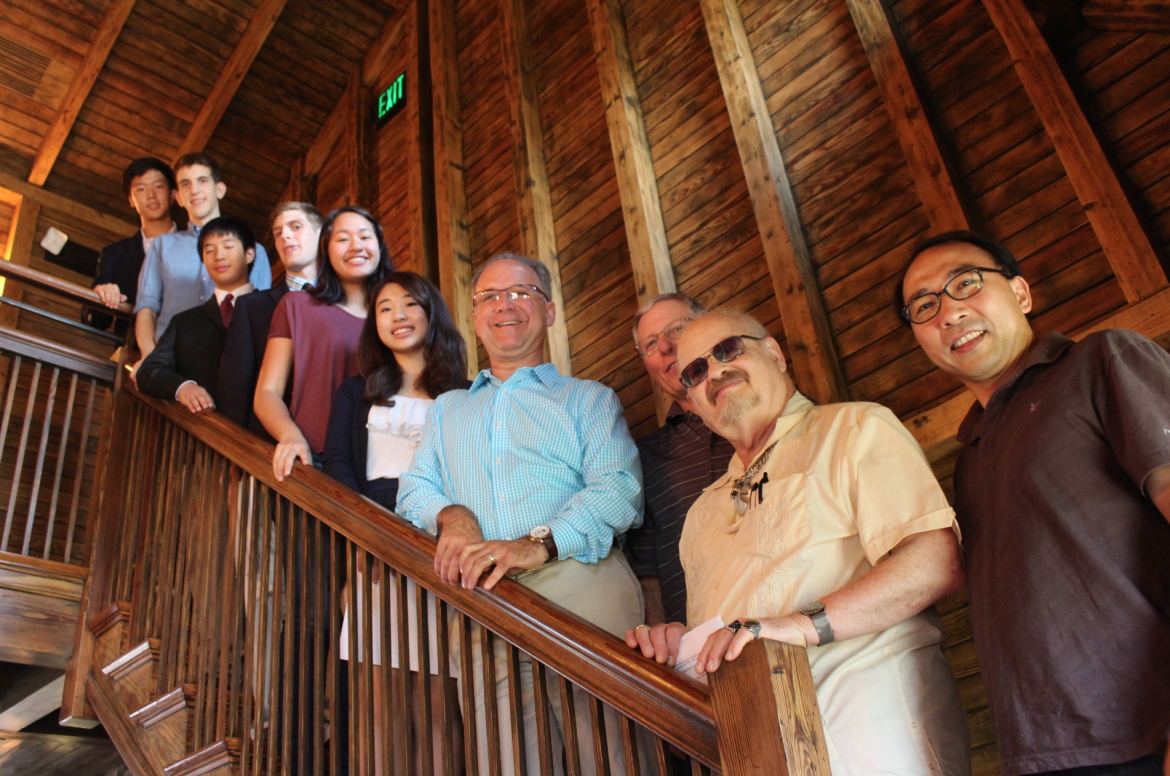 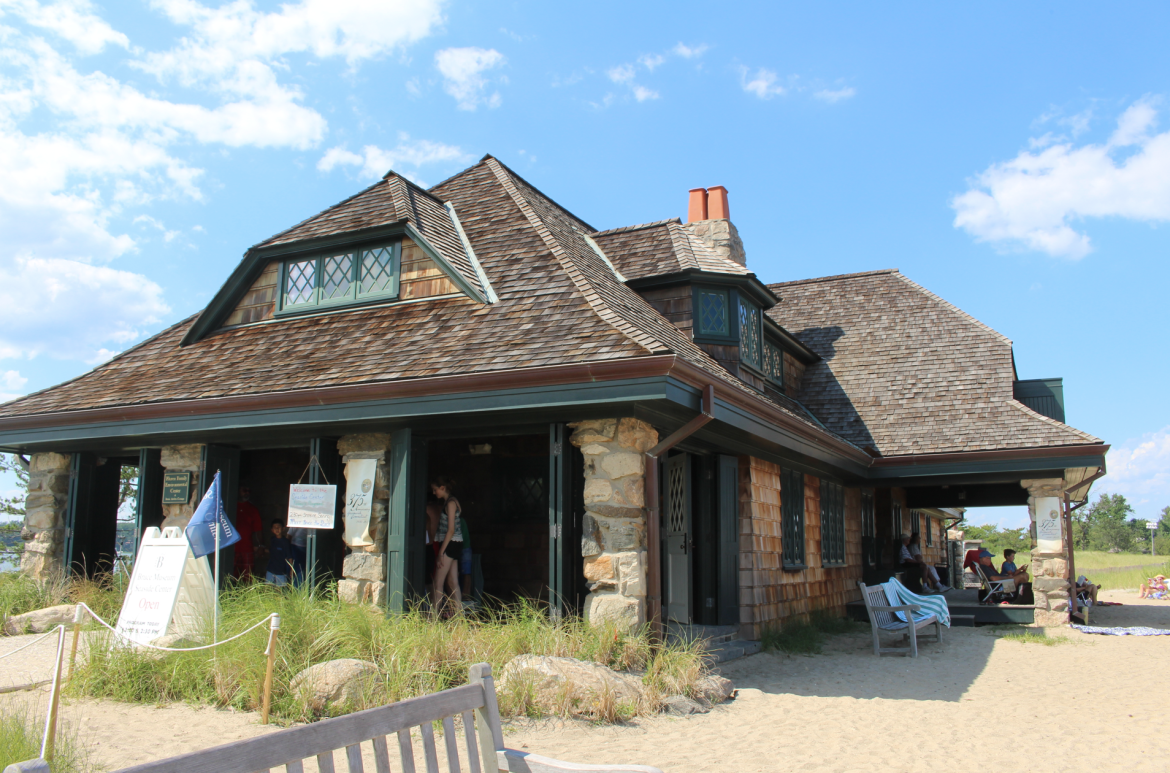