Greenwich High School’s science research teacher Andy Bramante introduced the Connecticut Science & Engineering Fair finalists. Dressed for the meeting, he said that at school on Thursday students complimented him on his tie, telling him he looked “on fleek.”

He said 17 GHS students entered the fair, which took place in March at Quinnipaic University. He said of the 17 students, 13 were selected as fair finalists and asked to defend their work in front of a panelist of judges.

Mr. Bramante said the 13 students competed for $70,000 in prizes as well as all-expense paid trips to the Intel’s “ISEF” which stands for International Science and Engineering Fair which, he said is given to each of the five top students in the fair. 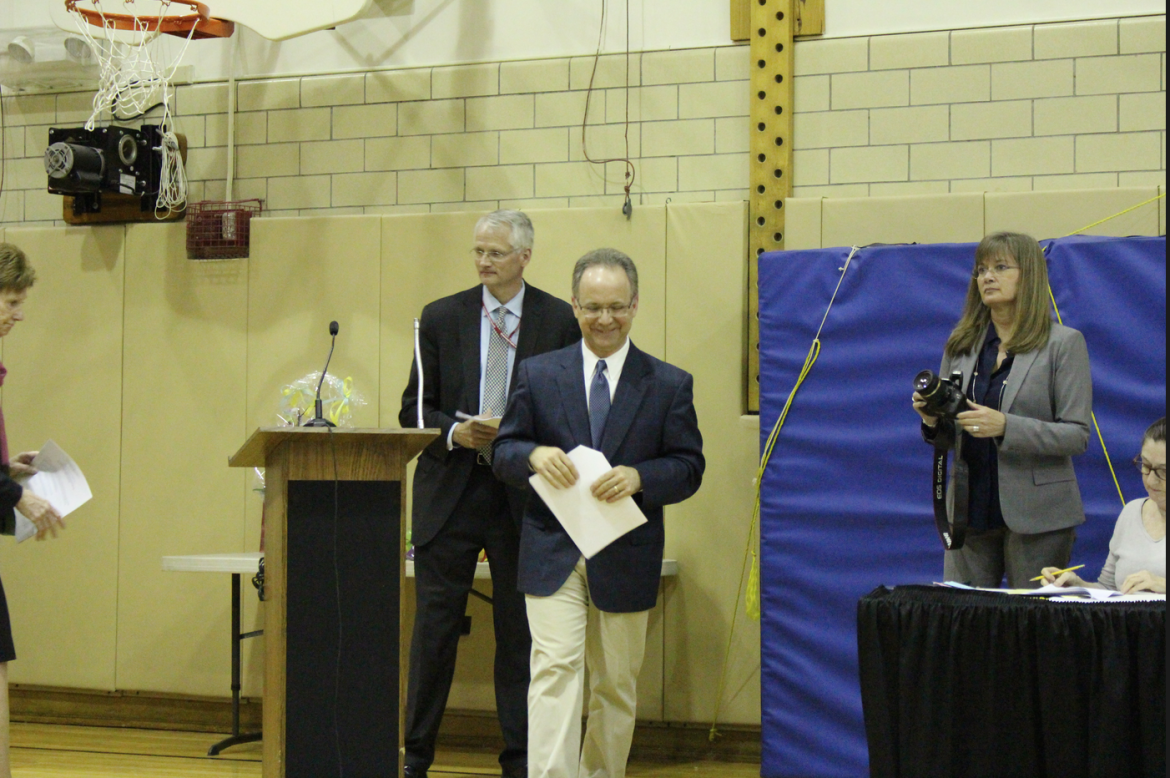 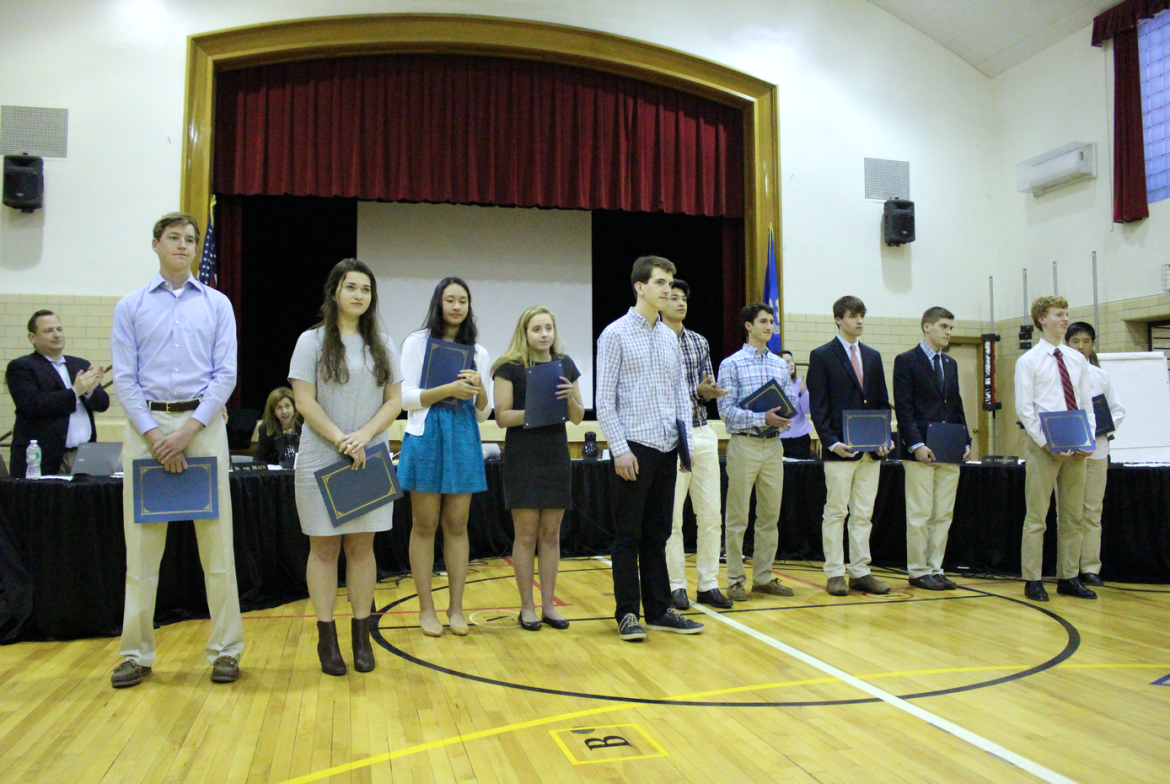 “Most schools would feel fortunate to have a single student  win such an honor. We’ve had at least one ICEF student for for the last nine years, which is pretty awesome,” he said.

“All the semi-finalists for the Intel talent search were from GHS this year,” Bramante said. “And, students won all five Intel ICEF positions at the fair. It’s never been done before.” And, he said, “It’s one better than the previous school winning,” which, he noted happened also to be Greenwich High School.

In addition to these awards, Mr. Bramante said GHS students swept all the top prizes at the fair.