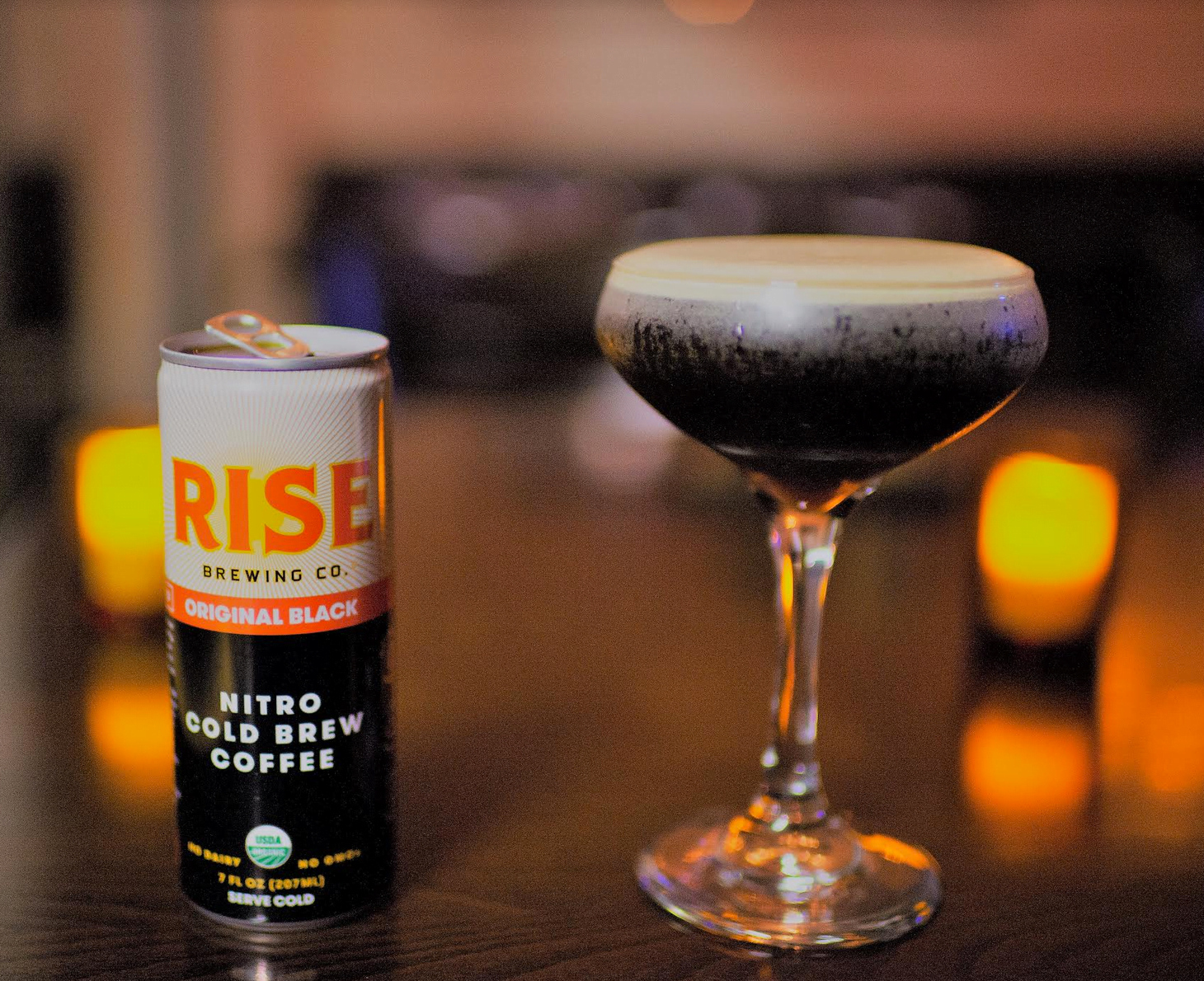 Paying homage to classic coffee cocktails, this martini is one of several collaborations between RISE Brewing Co and bars across the country.

Just in time for the holidays, fans of RISE Brewing Co can enjoy their favorite cold brew coffee in a new, creative way.

“Since RISE Brewing Co.’s inception, we have made collaborations and partnerships with other businesses we love a top priority,” CEO and co-founder Grant Gyesky said. “Our first client was a bar that served our nitro cold brew on tap. So partnering with these bars and bartenders to create a menu of coffee cocktails is bringing us right back to our roots.”

Made with RISE Brewing Co’s signature original black cold brew, the cocktail is now available at the bar at Old Greenwich Social Club.

Fill the rest of the glass with RISE