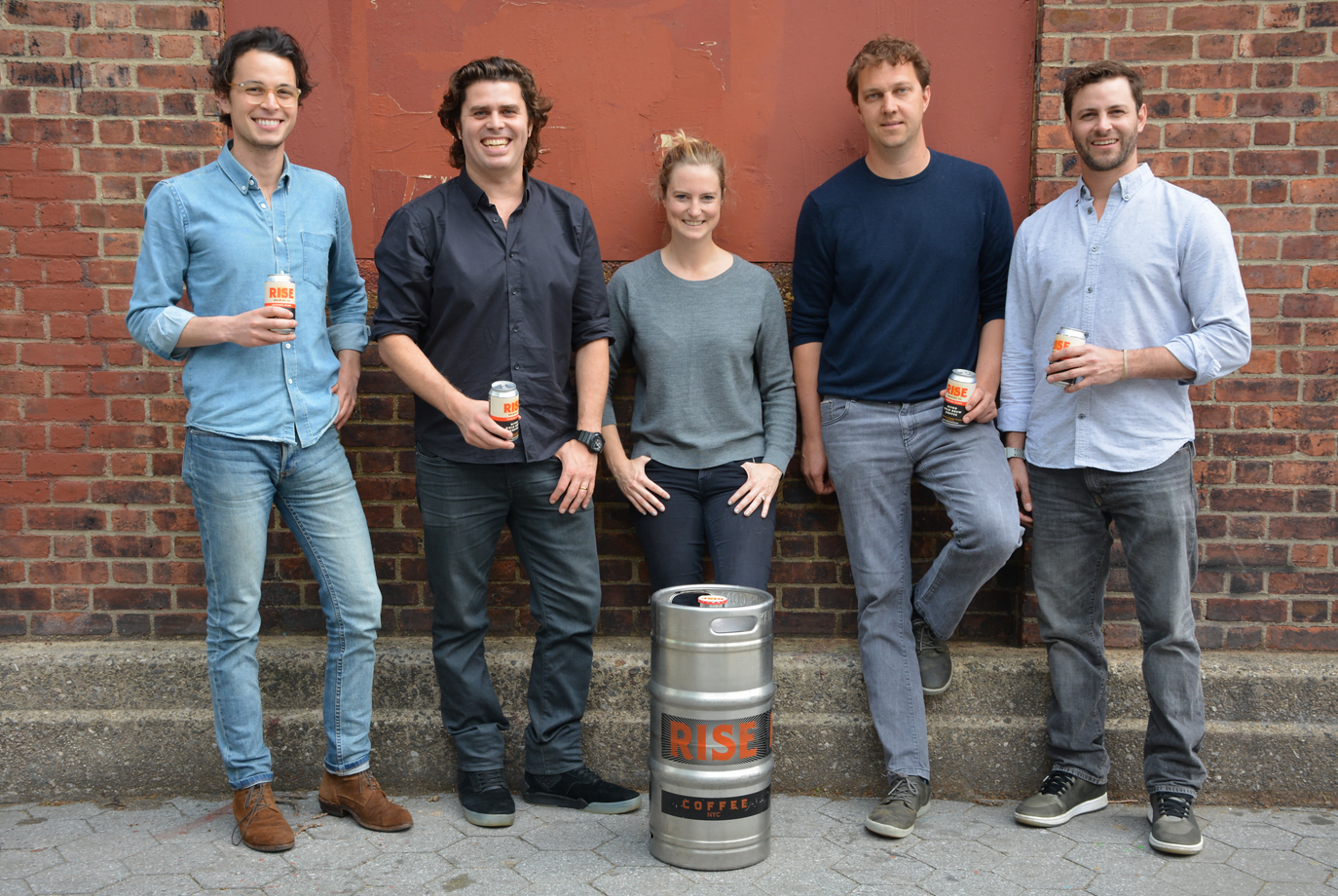 RISE Brewing Company, headquartered in Stamford, has unveiled its first product beyond its nitro cold brew line up.

In 2018 the company’s launch of Oat Milk Latte was an overwhelming success. Feedback from Oat Milk Lattee devotees was consistent. Fans wanted to purchase the Oat Milk separately.

In response, the company expanded into the alt-milk aisle with their organic, dairy free oat milk with no added sugar.

“Our organic Oat Milk Latte line received such a tremendous response that many people were asking where they could purchase the oat milk separately,” Gyesky said. “It not only tastes great but blends into coffee better than any non-dairy milk out there because of its ultra-creamy texture and natural sweetness.”

The new offering is free of gums, emulsifiers and added sugar, staying true to the brand’s commitment to using the best ingredients possible.

“We don’t try to tell people how to drink the product,” McGovern said. “It will likely be added to coffee, cereal, smoothies, plant based beverages, and other drinks you would put milk in.” 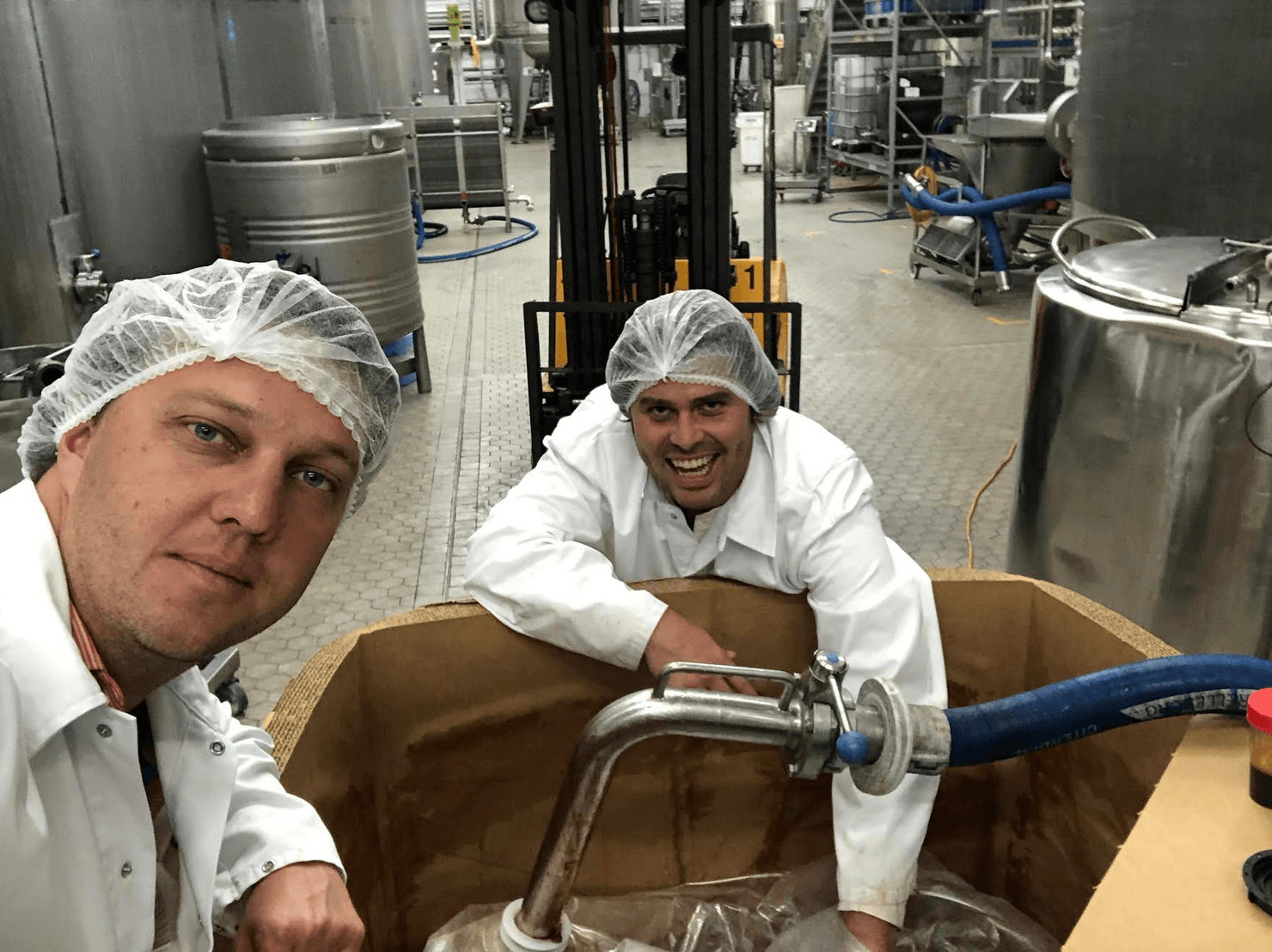 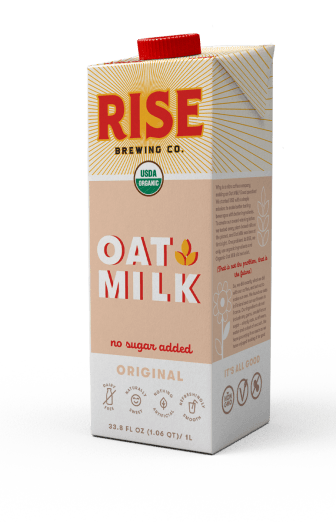 “When developing our Oat Milk Lattes, 100-percent organic oat milk did not exist, and we refused to use a lesser-than product. To solve this issue, we did exactly what we did when we first launched four years ago and developed a new beverage from scratch with zero willingness to compromise on ingredients or taste.” – Grant Gyesky, co-founder of RISE Brewing Co.

Gyesky and McGovern said the food industry is undergoing a revolution, just as music and technology have.

Both of the co-founders have young children and it is with a nod to raising them that they focus on clean, organic ingredients.

“The masses will shift to say we’re not okay with the chemicals in these products and addicting our kids to them,” McGovern said. “Big companies are buying the natural, organic better-for-you companies. Doritos and Coke – they’ll all be gone as people learn more about what they’re putting in their bodies.”

“The big brands have to adapt or become extinct,” McGovern said. “You don’t see people go to Coke and Pepsi from healthy drinks. You see them go the other way.”

McGovern and Gyesky said it’s hard to reconcile that while teens are discouraged from drinking coffee, parents allow them to drink soda and beverages containing high fructose corn syrup.

“We’re totally blind to what we’re feeding our kids. Offering Red Bull is okay? Coke is okay? But for some reason coffee got sidelined? It doesn’t make sense,” McGovern said.

“I started drinking coffee in high school,” McGovern added. “Now I see so many high school kids on Greenwich Avenue at Starbucks with Frappuccinos,” McGovern continued, adding that these type of drinks have appeal because they taste like caffeinated milkshakes. “But there is high fructose corn syrup in the Frappuccinos.” 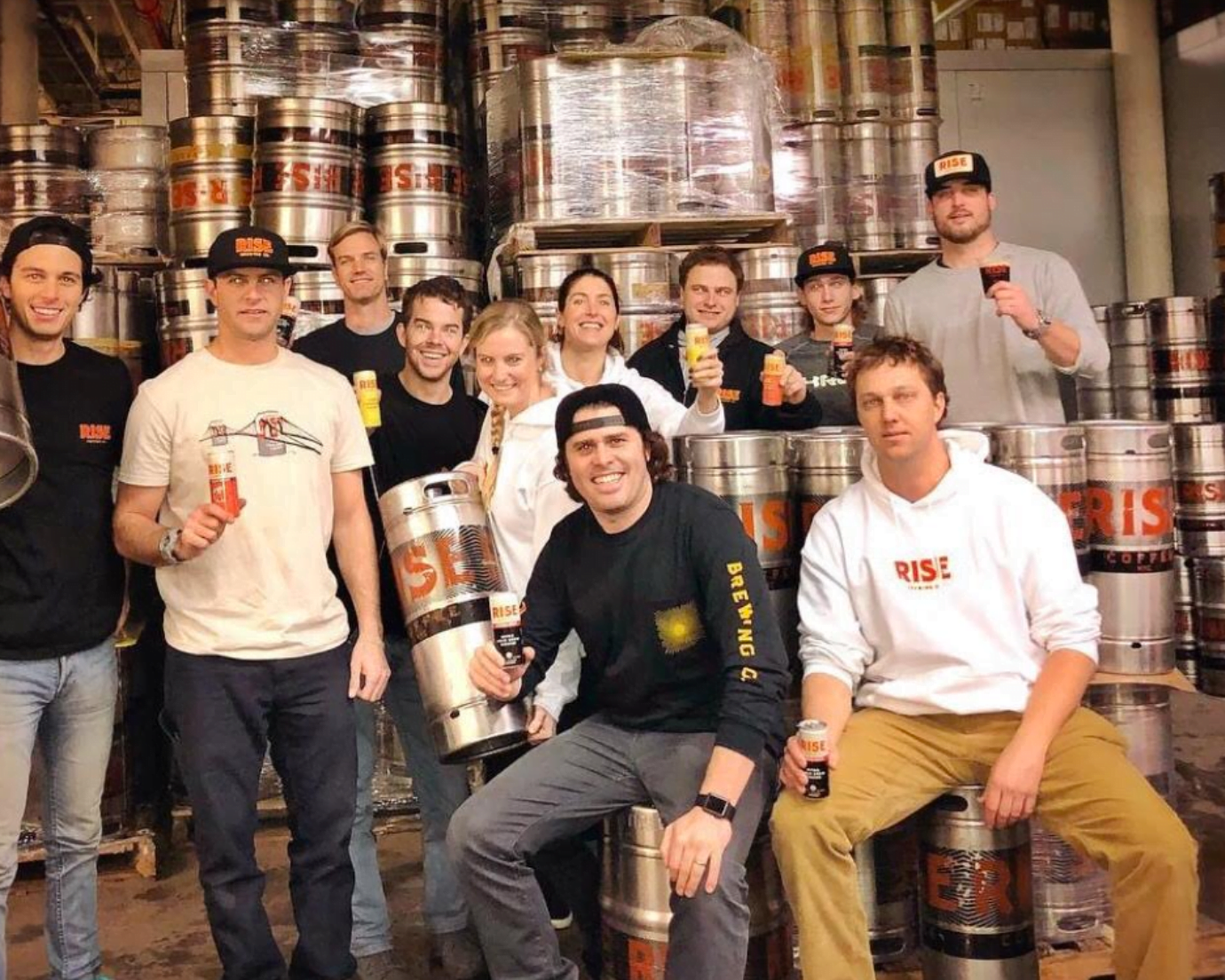 “That’s the drink we created ours to combat,” he said of Starbucks  Frappuccinos. “The ones in the bottle contain high fructose corn syrup plus four or five other ingredients.”

McGovern said teens love his company’s Oat Milk Latte and the black original nitro brewed coffee. “It’s the cleanest healthiest and best tasting form of energy out there,” he said.

“With zero calories, all organic ingredients, and fresh water, our coffee provides as much energy as double or triple the amount of soda,” he said.

The co-founders of RISE Brewing Co say their credibility is reflected in the fact that their business was an afterthought.

“Grant and I were home brewers. That’s how we started. It was to create the best coffee we could using the best ingredients we could,” McGovern said. “The light bulb moment for us was on the road when we’d stop to get coffee and realize the coffee we were brewing at home was better tasting than the options on the shelf. The industry didn’t care about creating a beverage both great tasting and good for you.”

“We take so much pride on fueling people – business people, athletes, students – to make sure they’re getting the best energy in their body,” McGovern continued. “You drink coffee every day, so why put in bad chemicals or drink something that is not clean? That’s why we quit our jobs.”

As for copycats, the co-founders said it is indeed the highest form of flattery.

“To see Starbucks roll out nitro cold brew in every store in the country is awesome. It’s created a lot of awareness for nitro coffee as a category. Just like with craft beer. It’s a rising tide that raises all ships,” Gyesky said.

Nitrogen provides creaminess to RISE Brewing Co’s cold brew without adding cream. “There is an awesome and cool cascade you can see. Nitrogen is a natural preservative. For a year it stays as fresh as the day we brewed it.”

To date, RISE Brewing Company has formulated several variations of their nitro cold brew coffee, including a zero-calorie flagship Original Black, a citrus line and a health-conscious line of lattes.

The Oat Milk will retail for $5.99 per one-liter carton and $29.99 for a six-pack, and will be available on risebrewingco.com on March 6 and in stores this spring.