May 20th marked the town’s re-opening for Phase One.  It also marked the American Legion, Post 29’s long tradition of placing flags on the graves of deceased Veterans at St. Mary and Putnam Cemeteries before Memorial Day weekend.

The cemeteries were separated into grids.  Each family received a map and a box of flags so they could maintain the current social distancing guidelines.

“I would like to recognize the American Legion and Jim Heavey for their efforts in finding a solution to make this happen. Their time and dedication to this event was greatly appreciated,” said Roehler.

With the help of local Scouts, their families, and volunteers, over 1500 flags were placed on Veterans’ graves Wednesday evening. 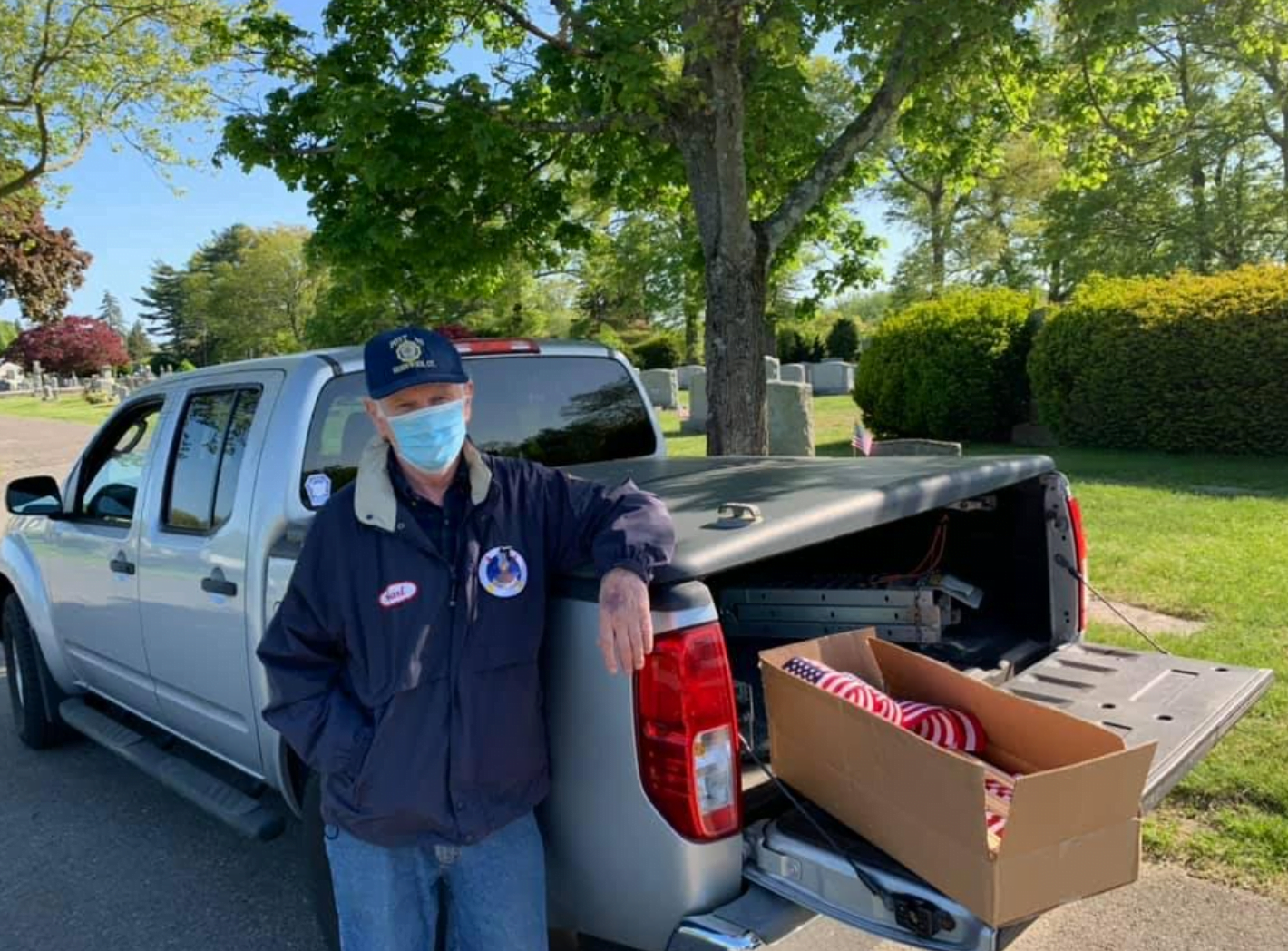 Troop 37 Scoutmaster and U.S. Navy Veteran, Bob Neilsen, shared his own story at the grave of his father, Benjamin Neilsen, who served in the U.S. Army Infantry during World War II.

“My father fought and lost his life in Germany just seven days before my first birthday,” Neilsen said. “In a letter to my mother, he requested a pocket knife and flashlight and noted he preferred it be a Boy Scout knife.”

Neilsen has been a volunteer Scout leader with the Greenwich Council, BSA for over 40 years.

Memorial Day is an American holiday, observed on the last Monday of May, honoring the men and women who died while serving in the US military.

Originally known as Decoration Day, it originated in the years following the Civil War and became an official federal holiday in 1971. The American Legion, Post 29 observes Memorial Day each year by placing American flags on the graves of deceased Veterans at St. Mary and Putnam Cemeteries in Greenwich. 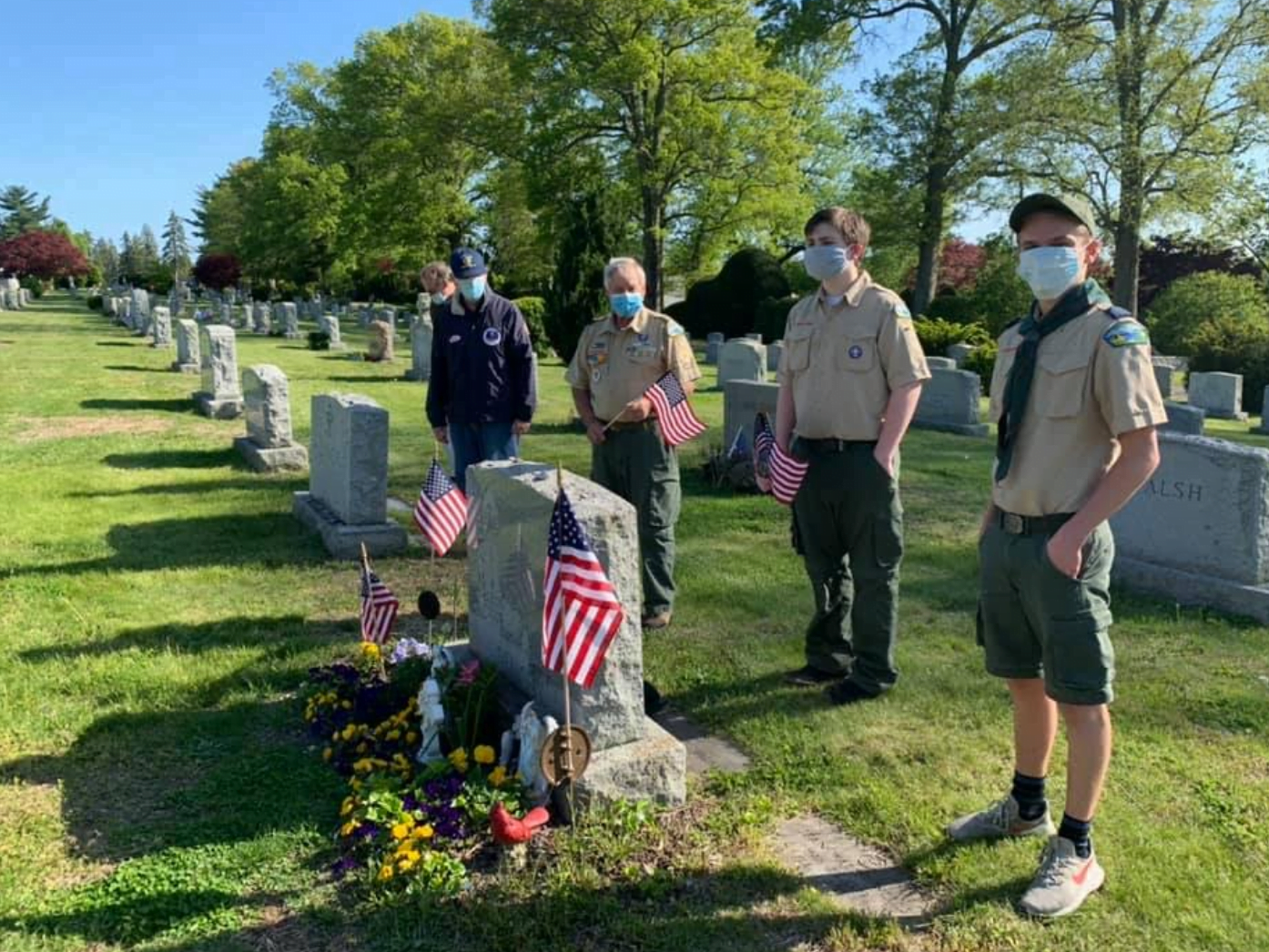 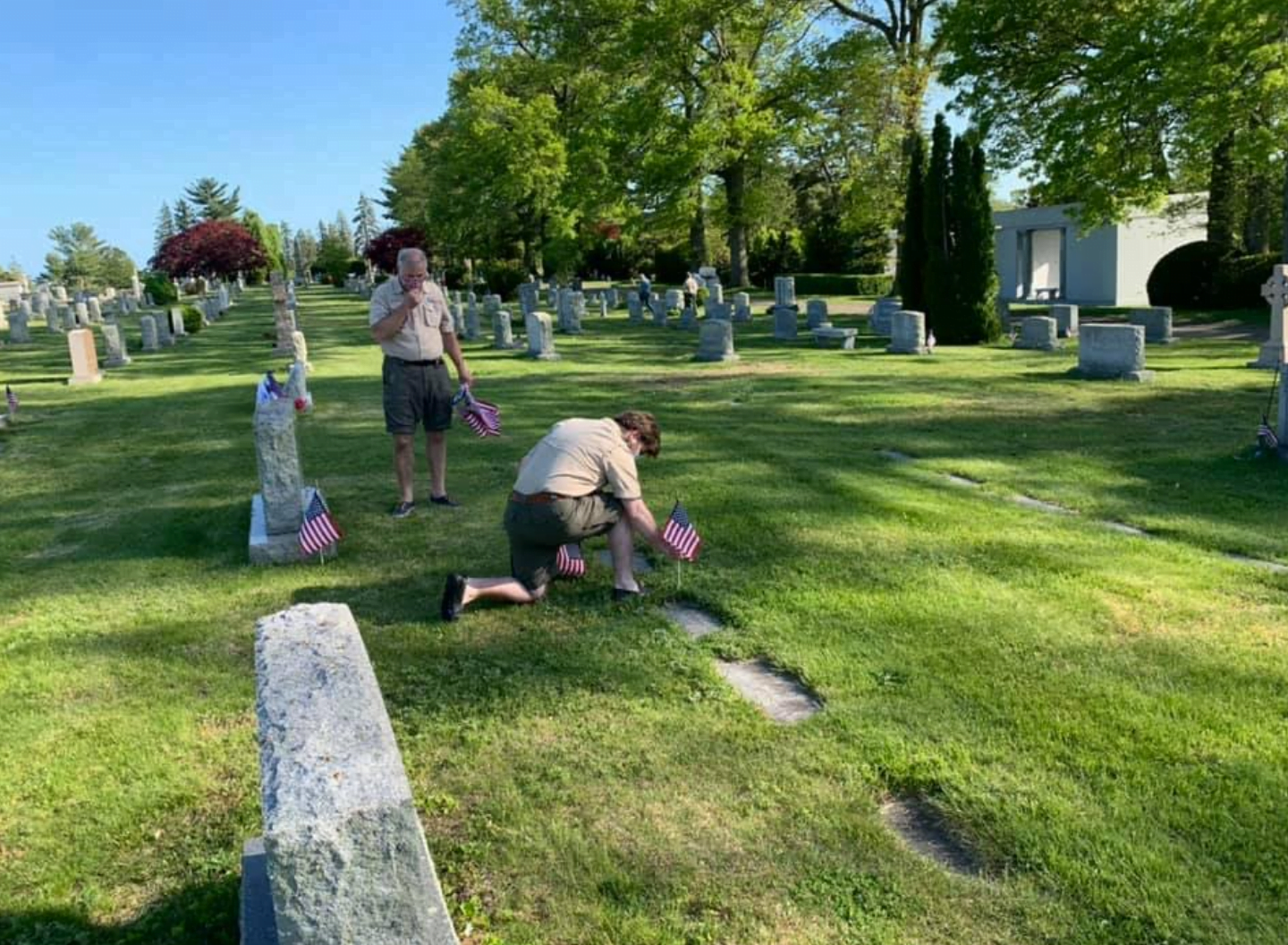 Troop 10, Eagle Scout, Ryan Hays locates a foot stone with a Veteran marker and places a flag in observance of Memorial Day.