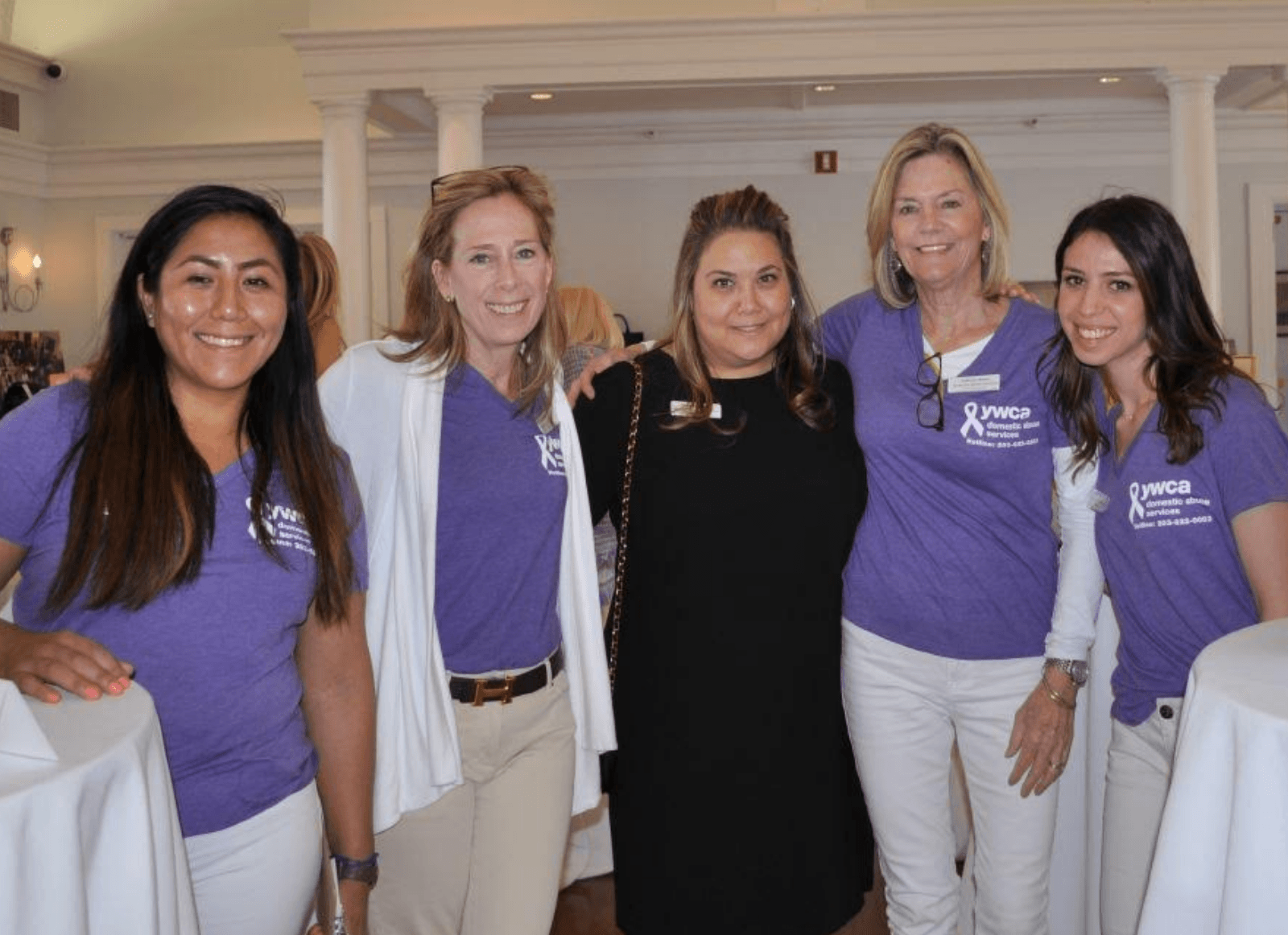 Luz, a survivor of domestic abuse, bravely told her story at the 14th Annual
YWCA Greenwich Old Bags Luncheon. In front of more than 350 guests at the Belle Haven Club, she spoke about the cruelty she suffered at the hands of her abuser and about her survival.

“I was damaged to the central core of who I was, and I came to understand abuse in all its facets,” said Luz. Fortunately, her story did not end there. She discovered that there was help available for her and her children through YWCA Greenwich Domestic Abuse Services.

Tragically, the story of Luz is not uncommon.

“People are always surprised when I say that domestic abuse is the number one violent crime in Greenwich,” said Mary Lee Kiernan, President and CEO, YWCA Greenwich, “and one in four women will experience domestic abuse in their lifetime.” Last year, YWCA Greenwich answered more than 3,500 calls to their 24/7 hotline from women, and some men, who are experiencing abuse and from concerned family and friends looking for guidance.

In its 14th year, the Old Bags Luncheon is an especially meaningful event for YWCA Greenwich. All proceeds from this highly successful, one-of-a-kind event exclusively benefit domestic violence victims and their children in the Greenwich community. The bags are donated by manufacturers, retailers and generous individuals in Greenwich. Scott Mitchell of Richards served for his second time as this year’s auctioneer.

Leading up to the event, hundreds of bags, including new and used luxury and vintage bags, are dropped off at the YWCA to be sold in the live and silent auctions. “We are very grateful for the generosity of the Greenwich community,” said Kathy Seiden, Chief Advancement Officer, YWCA Greenwich, “and the support of all the guests who attended this year’s event.” YWCA Greenwich provides critical support to local victims of domestic violence, and all YWCA services for victims of abuse are provided free of charge.

Domestic abuse services include crisis intervention, safety planning, group and individual counseling for adults and children, emergency shelter, and civil and criminal court advocacy. Last year, the YWCA announced the launch of a Civil Legal Clinic that provides free legal services to victims being served by the YWCA who don’t have the assets or access to their finances to pay for civil legal representation. This year the organization launched Financial Literacy Consultations. This new service for YWCA clients is helping victims understand their options and how to manage their financial future.

YWCA Greenwich also provides training to the police, healthcare workers and other professionals, like hair stylists and lawyers, as well as prevention programs with youth to mitigate the cycle of abuse.

“We know that prevention is critical to stop the cycle of abuse,” said Mary Lee, “We’re a phone call away for any organization that wants to set up training for their staff.”