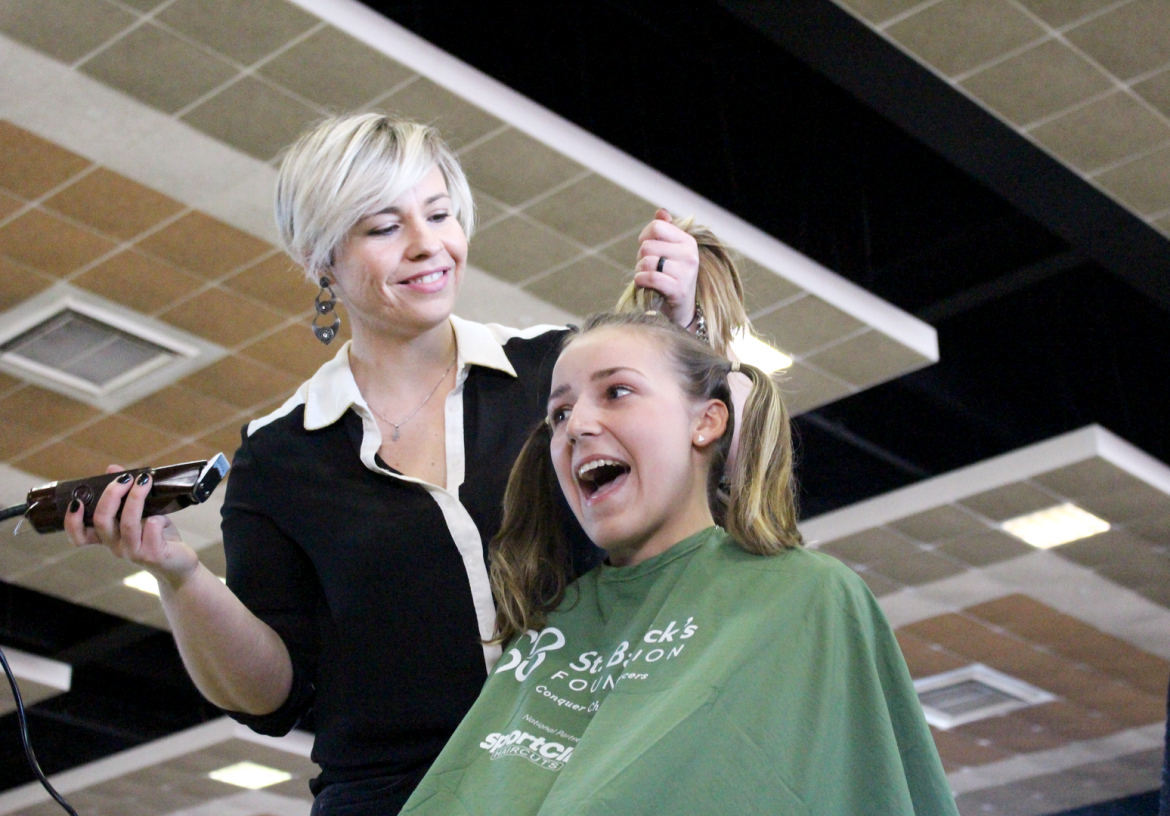 The excitement in the student center was palpable by 11:30 on Thursday. Atop a platform in the middle of the student center, barbers from Montana for Men in Stamford were ready. As hundreds of students poured into the massive student center, the DJ began blasting dance music. Smartphones were raised and shouts of support gave encouragement to the shavees eager to take it all off to raise funds for St. Baldrick’s Foundation, an organization that funds childhood cancer research. 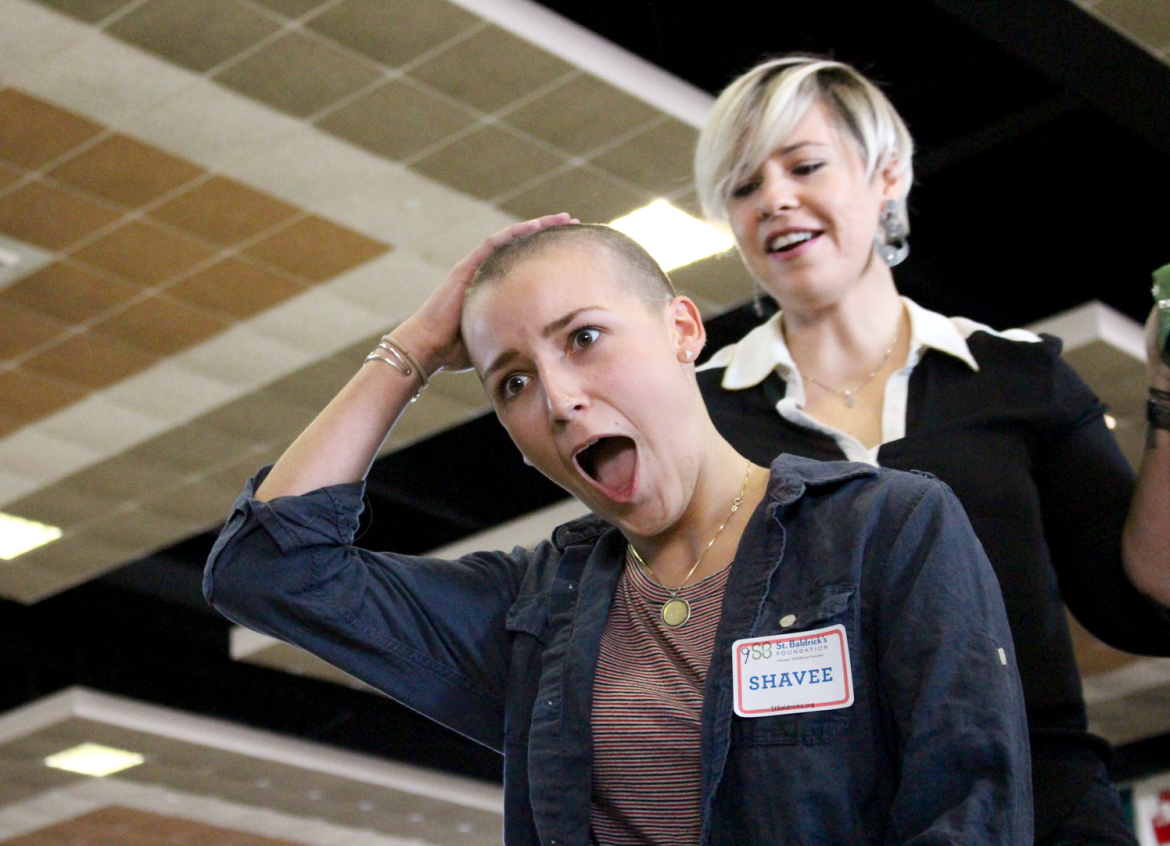 Among the shavees was freshman Caroline Janney who was featured on Greenwich Free Press earlier this week.

What Caroline might not have known was that Ellen Mello, who gently shaved Caroline’s head one small ponytail at a time, is a Cancer survivor herself.

“May 10th is the three year anniversary of my diagnosis with Colon Cancer,” Ellen explained. “My friends are having a party for me,” she continued, adding that several of her own friends had donated their ponytails in her honor. 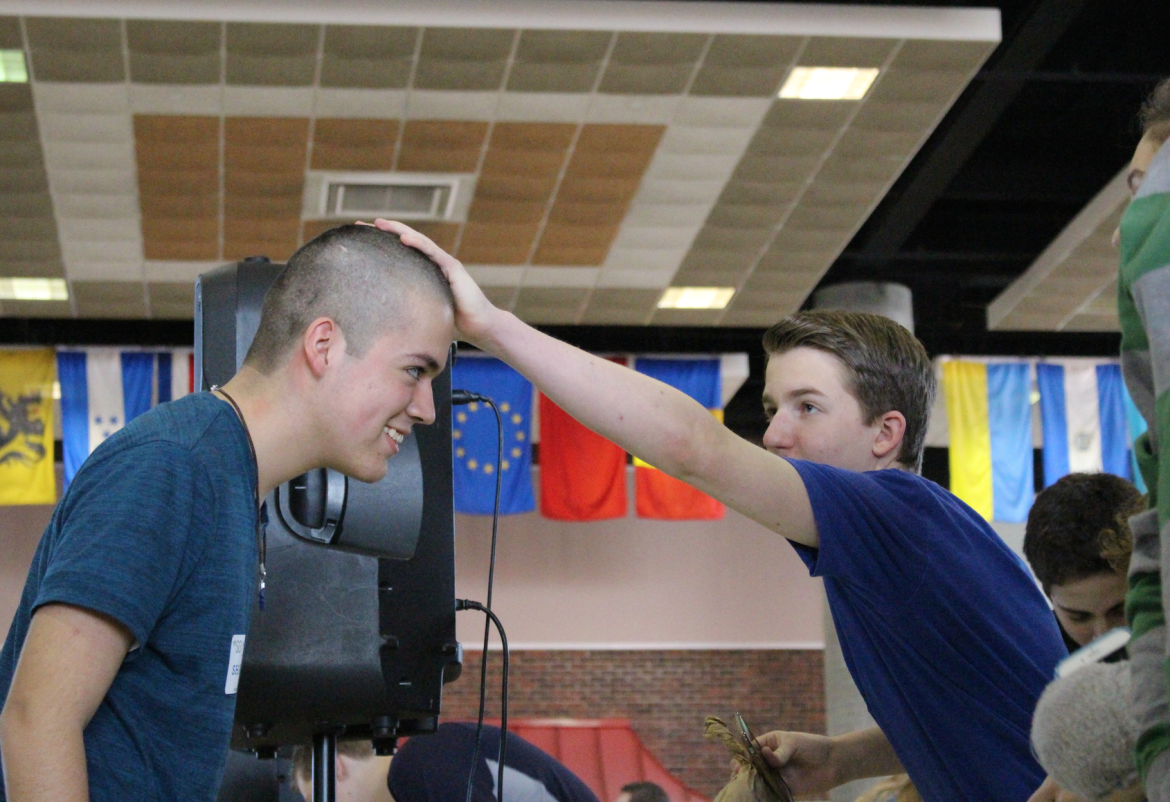 Ellen said she was a bit emotional at having the honor of cutting Caroline’s hair.

“It’s a big deal,” Ellen said. “Girls are very attached to their hair. And when you’re young, your hair is everything – people spend hours doing their hair every day.”

By 12:37, Director of Student Activities, Diane Fox said the funds raised had already reached $38,063! Not too shabby considering the overall goal was $25,000.

Consider supporting the GHS students and staff in raising funds for St. Baldrick’s – just  click here and scroll down. 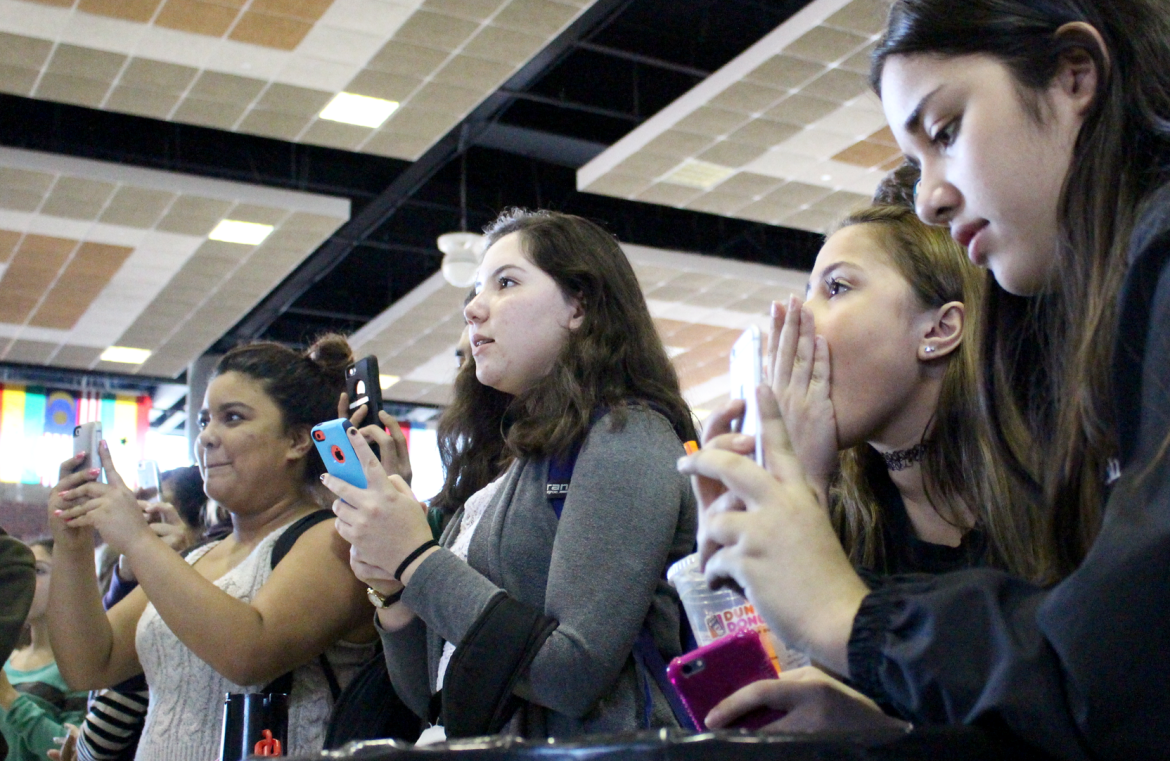 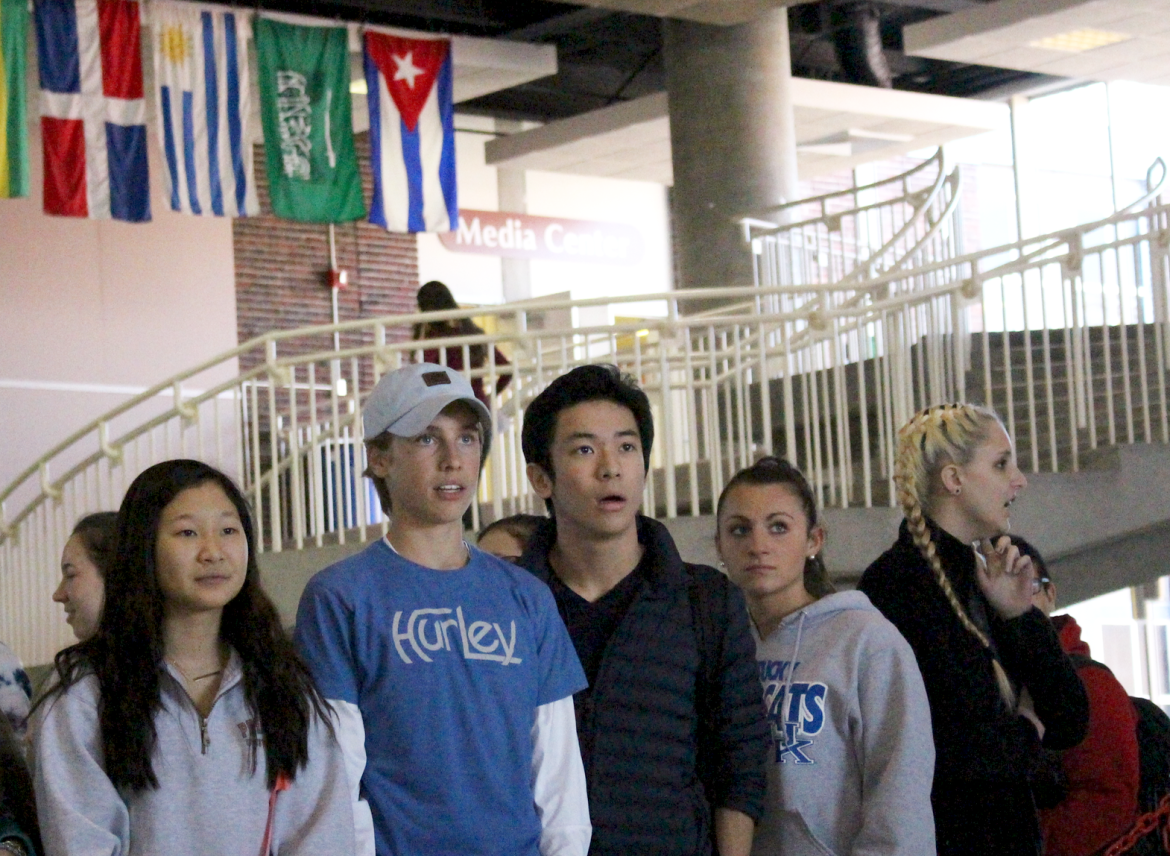 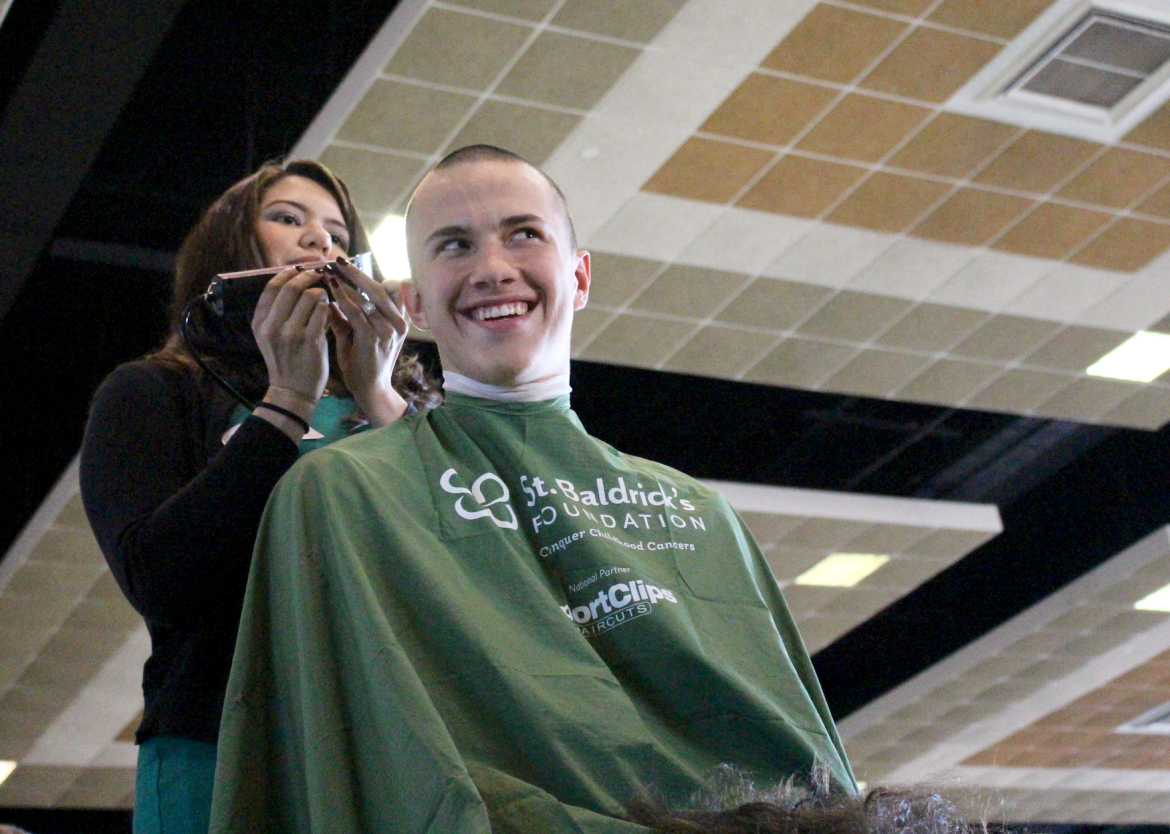 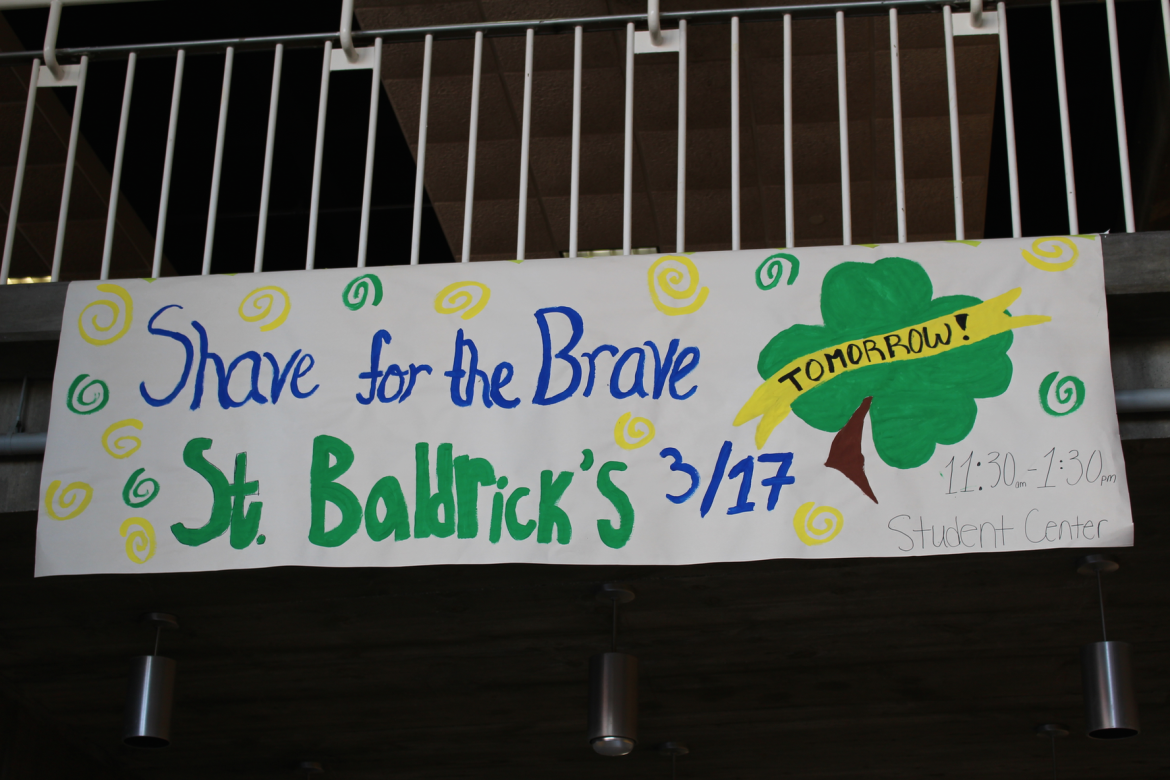 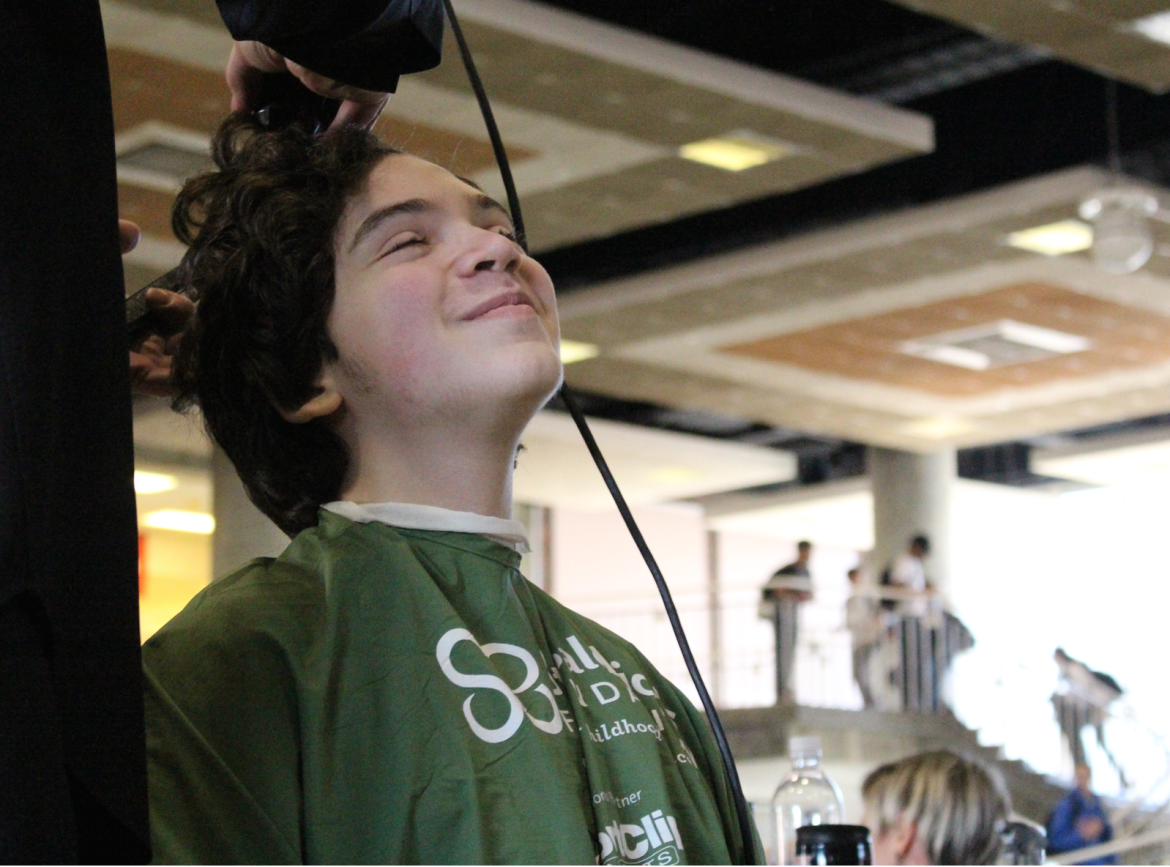 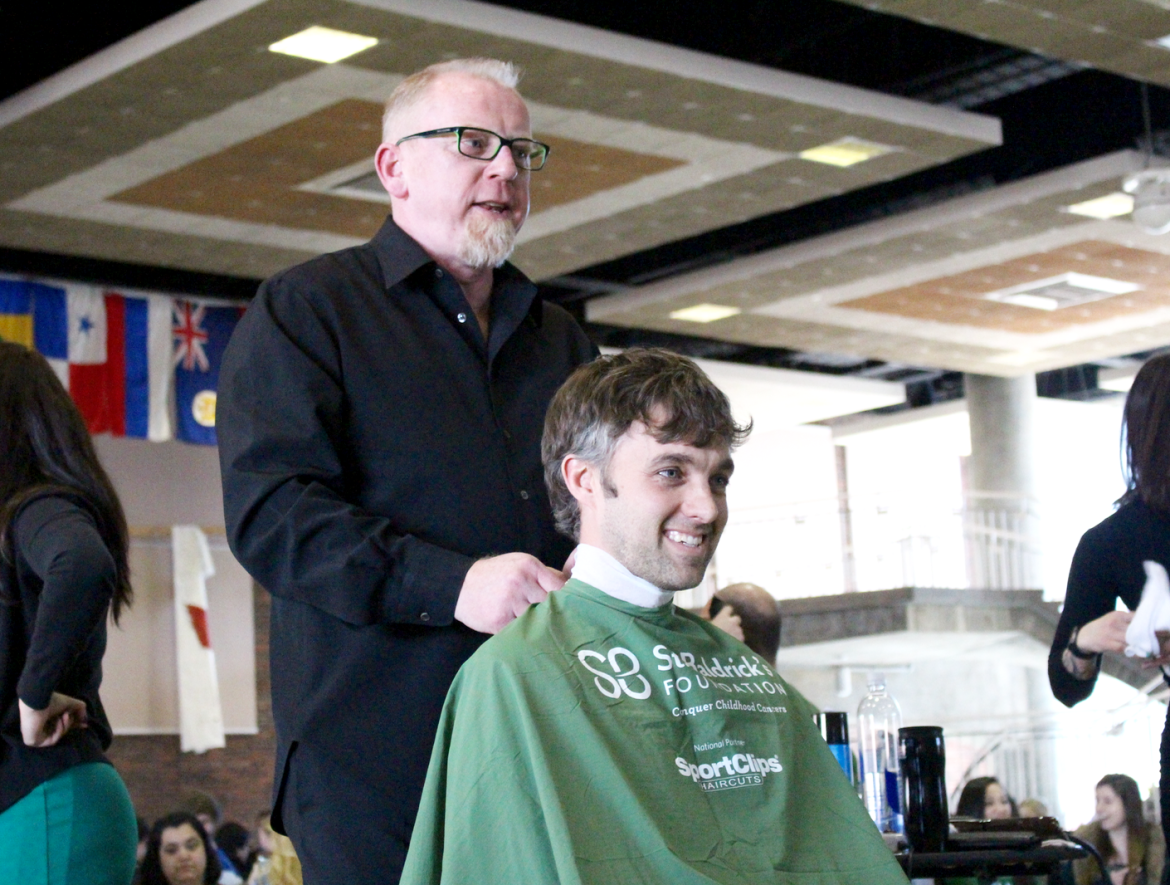 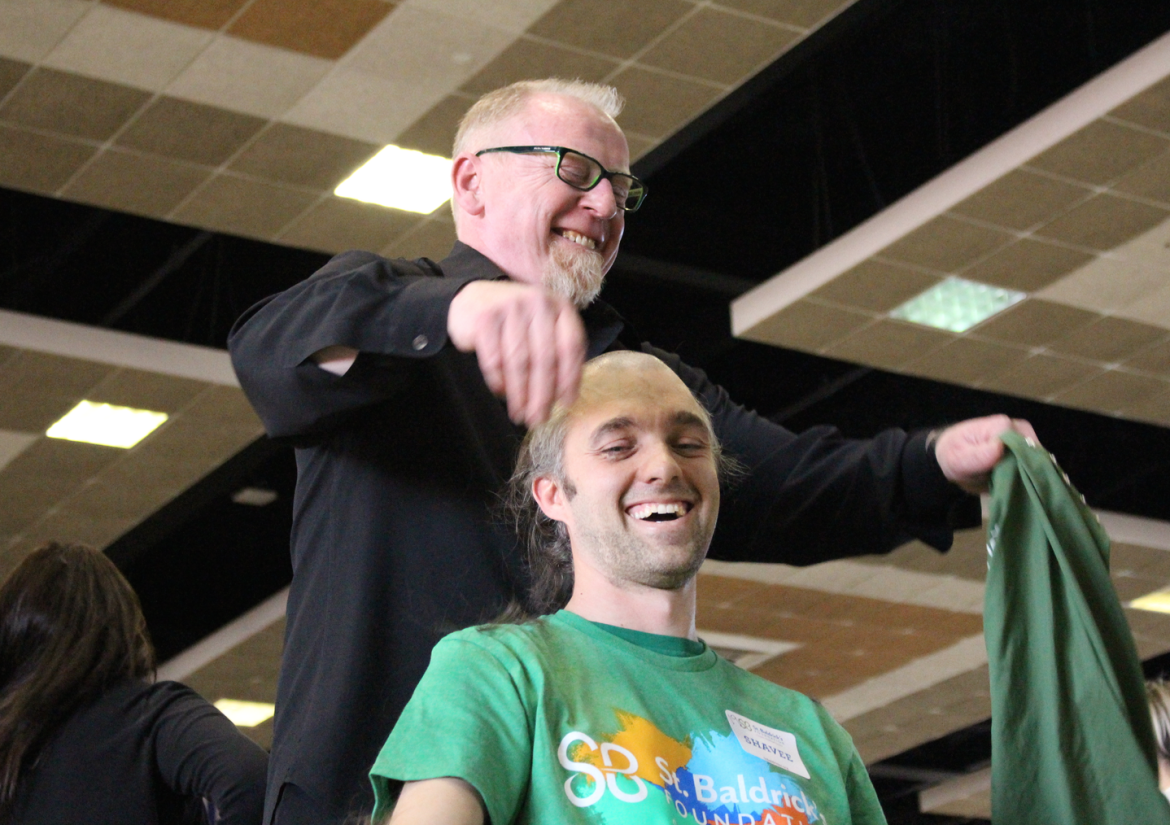 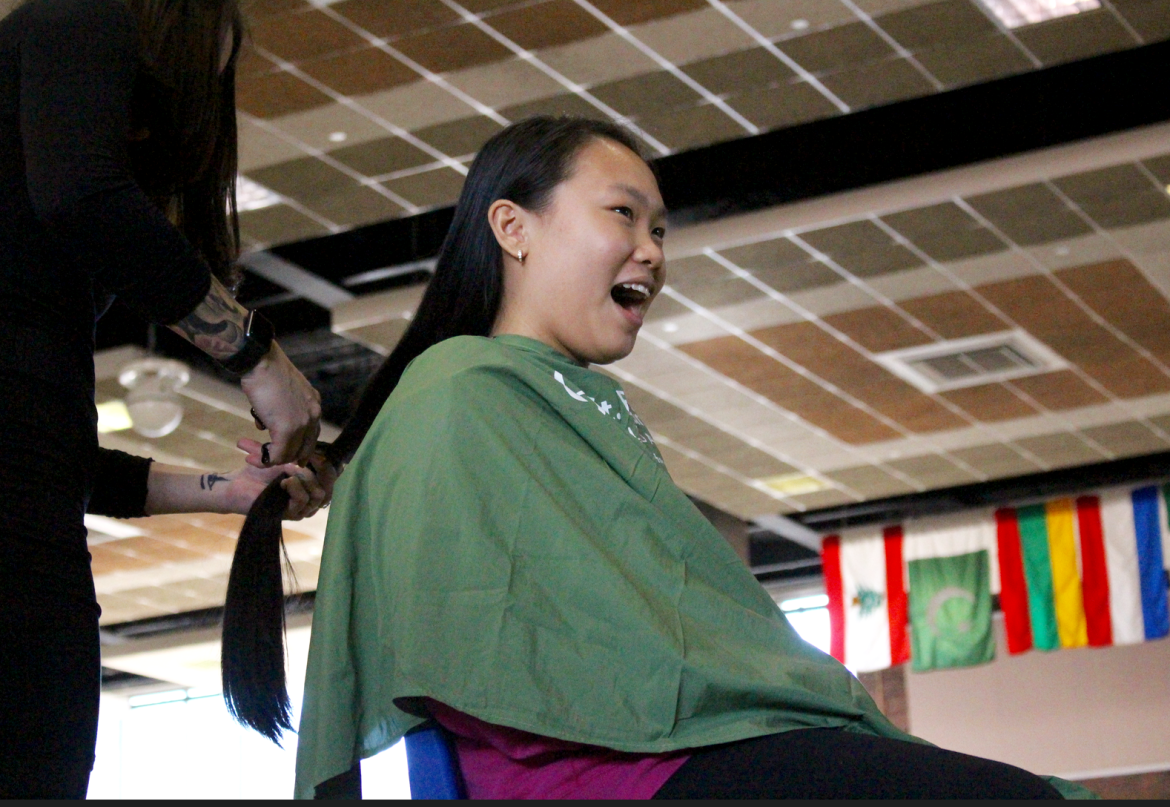 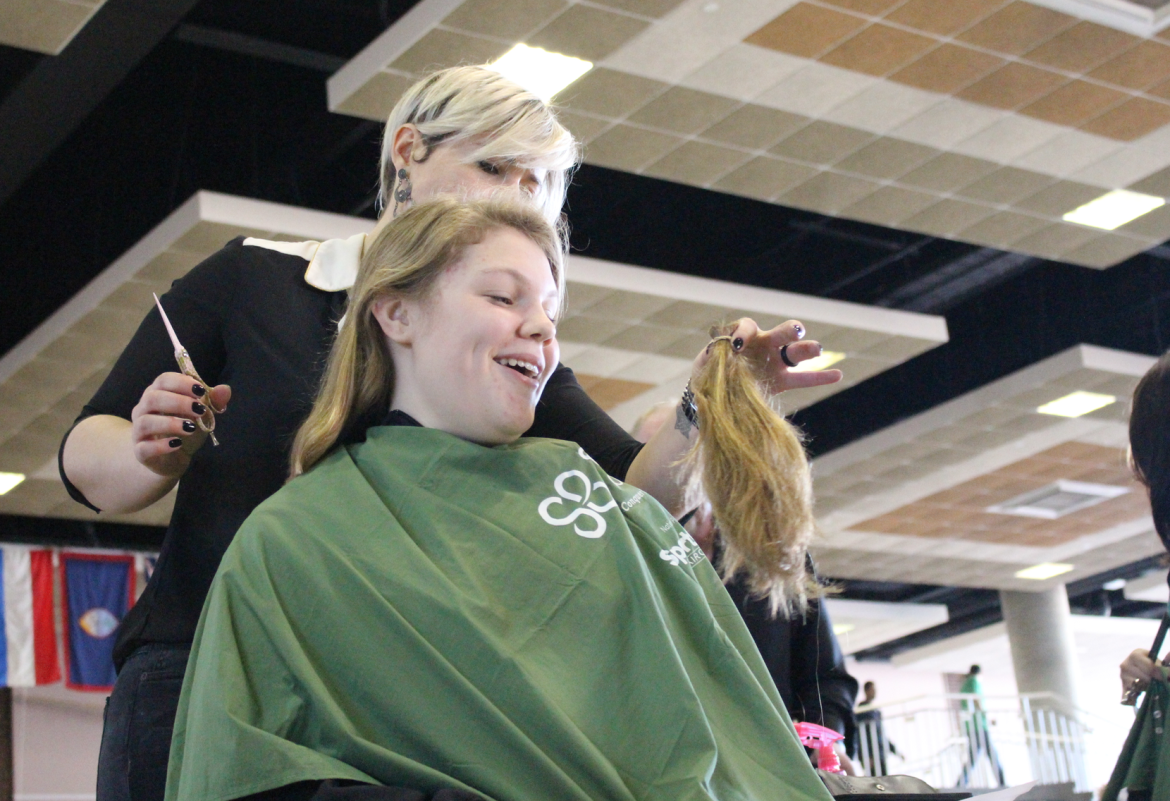 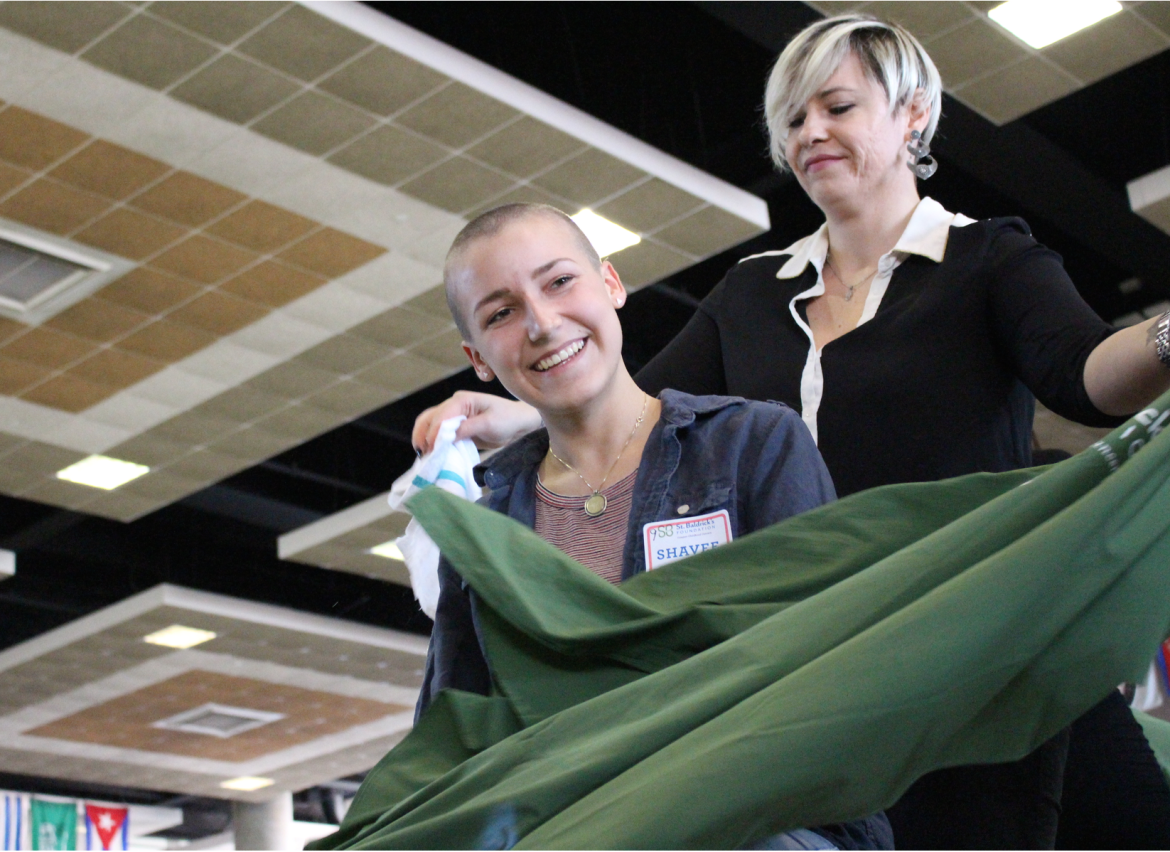 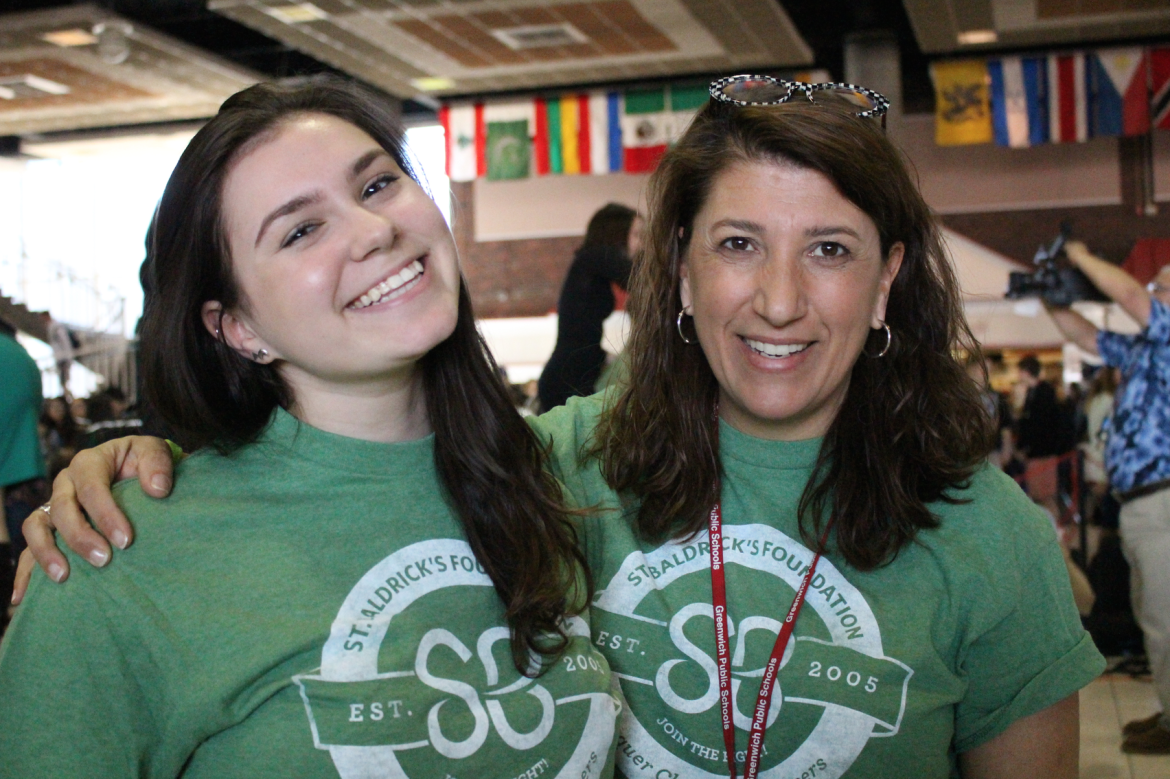 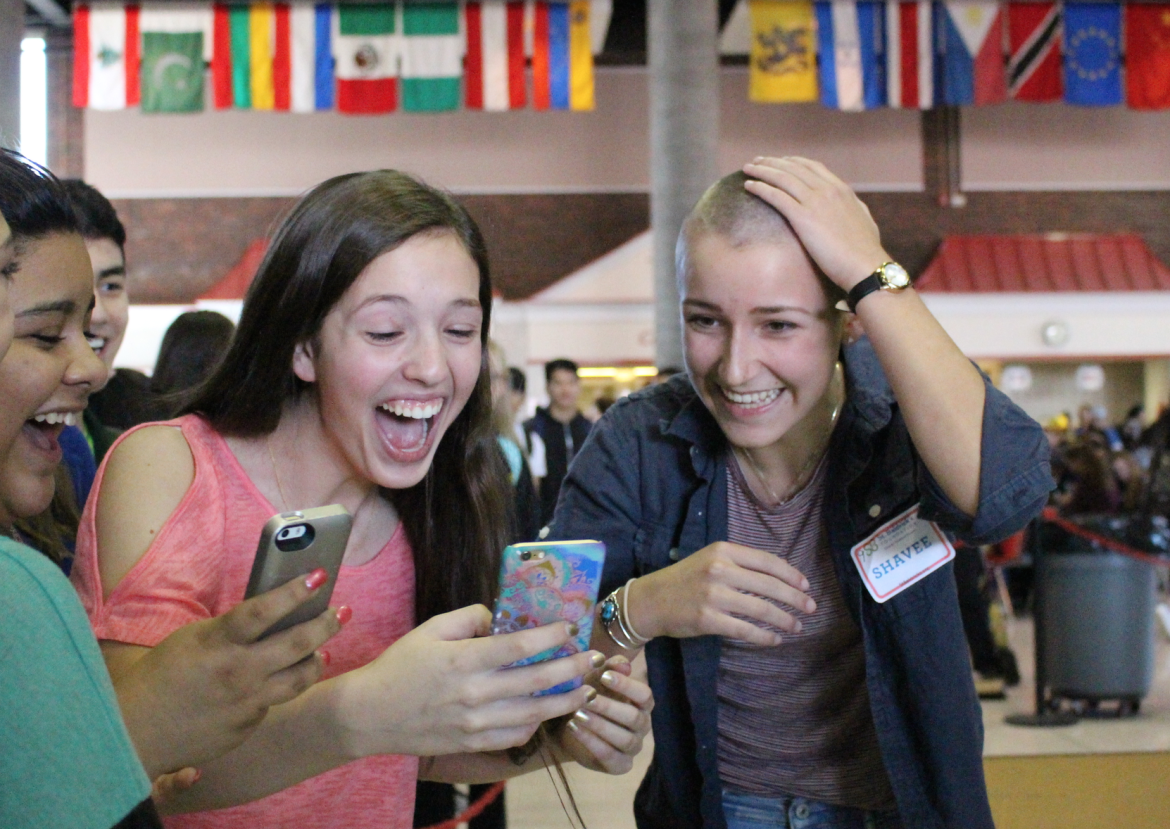 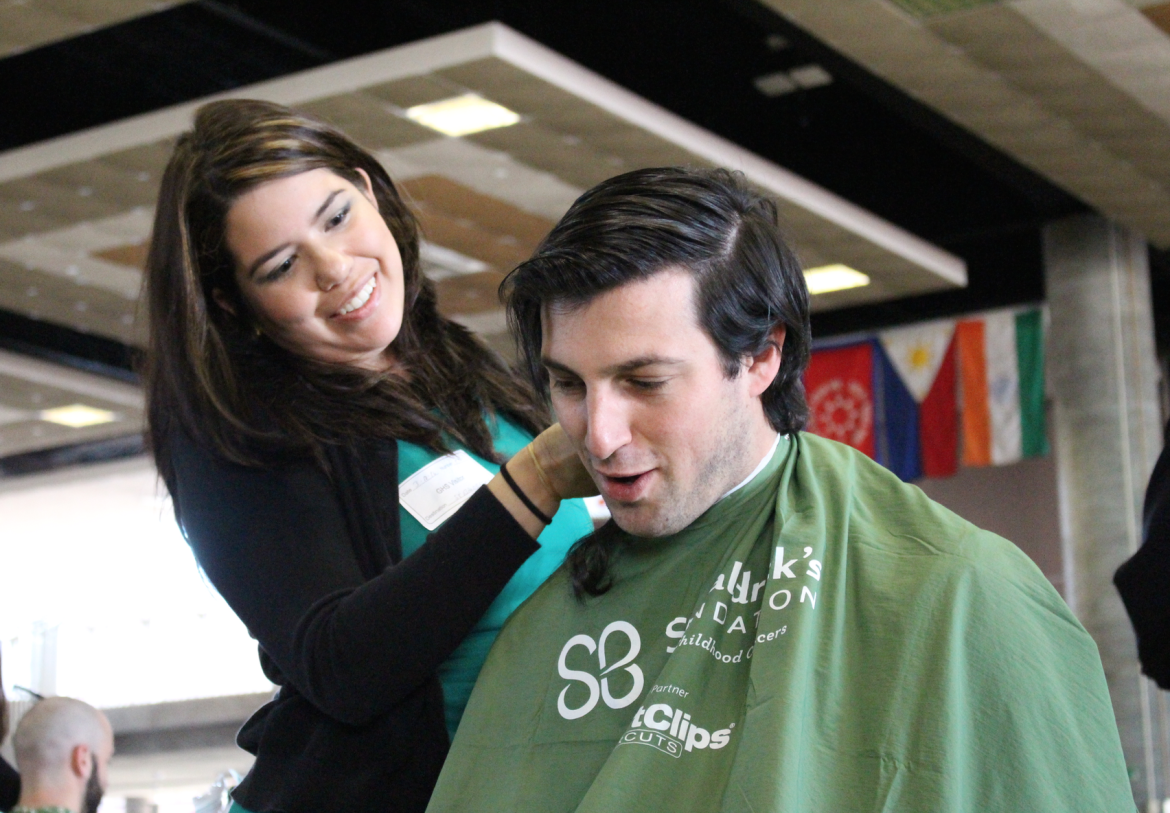 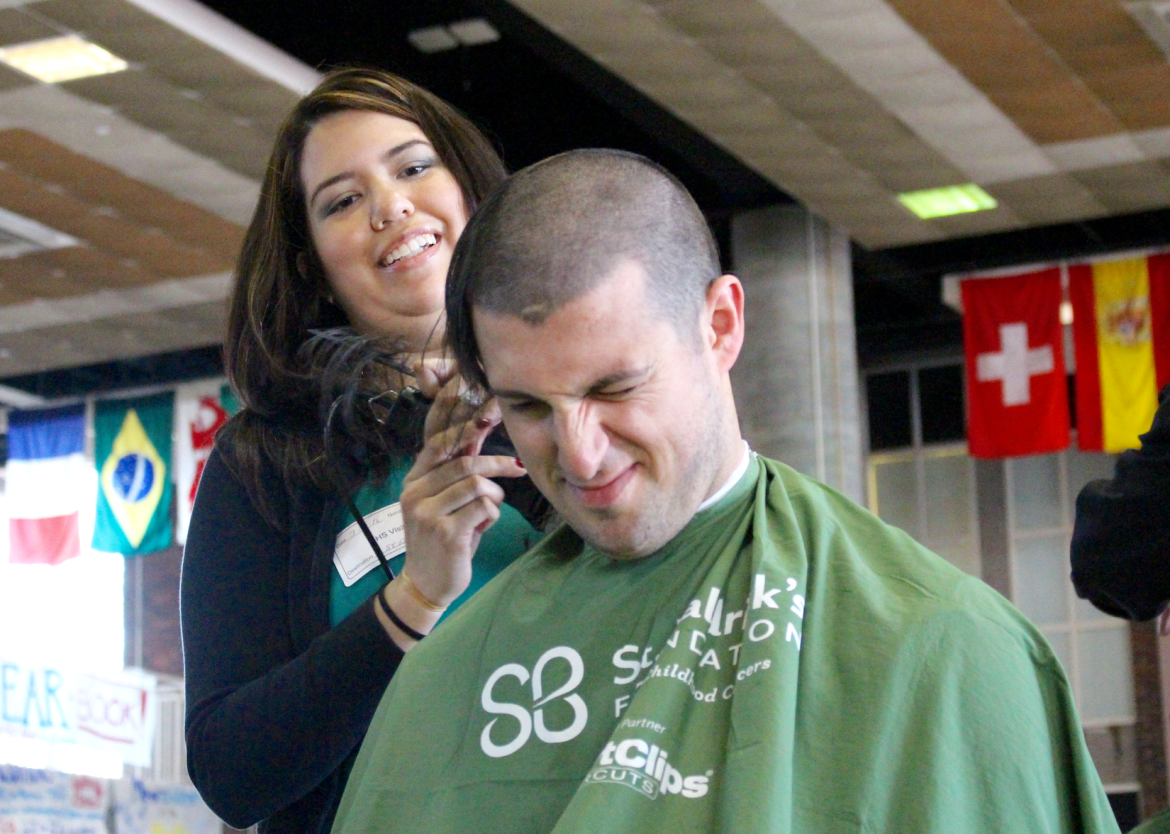 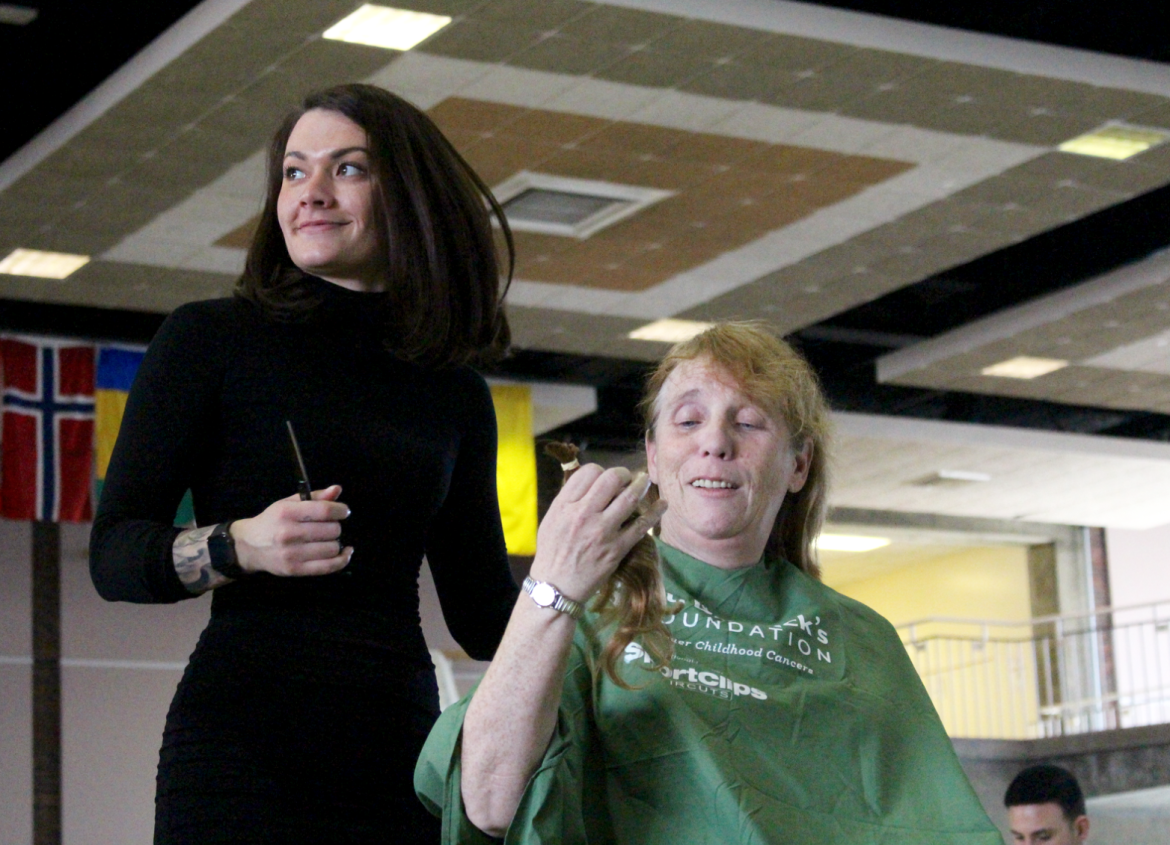 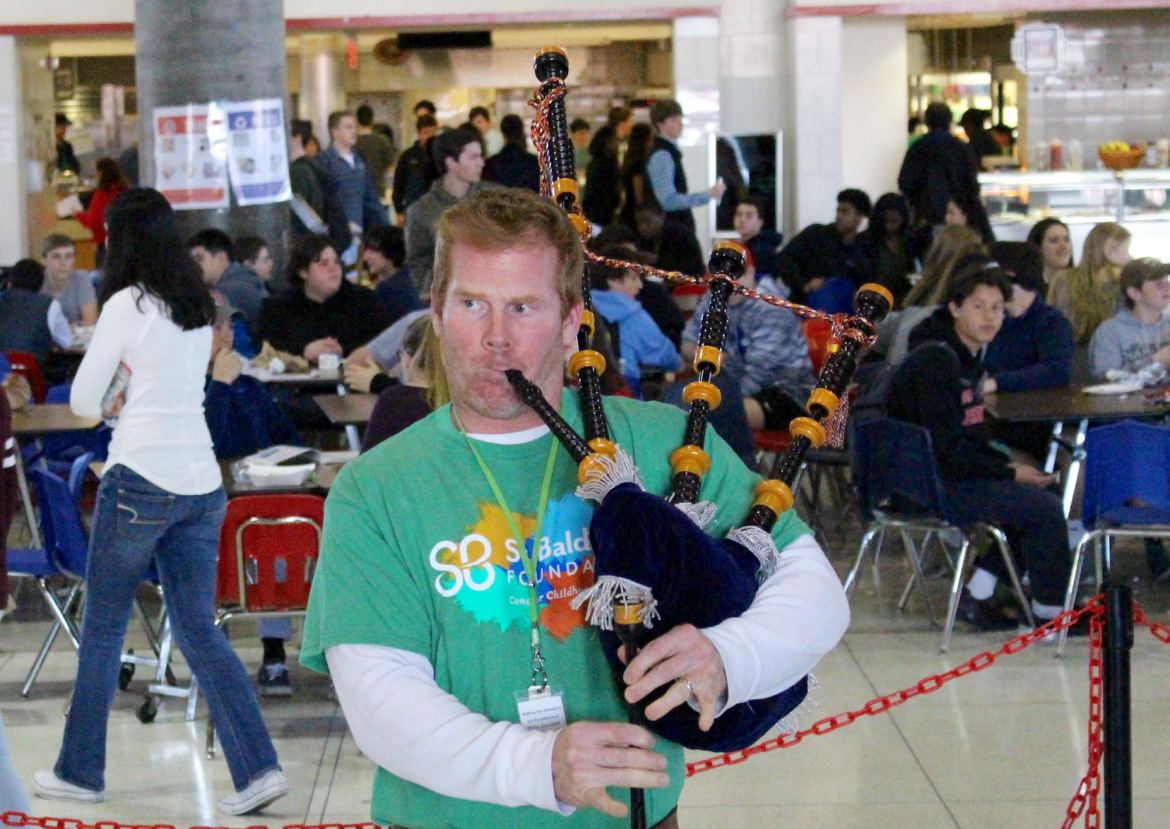 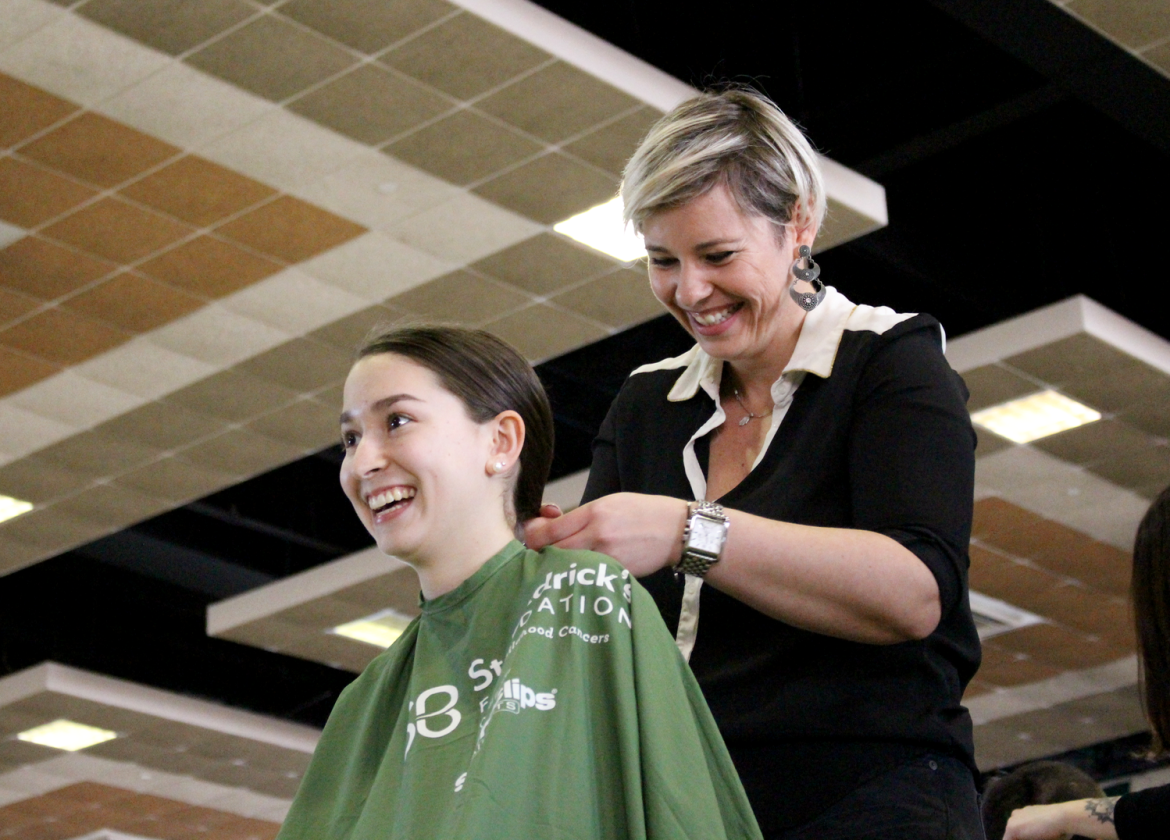 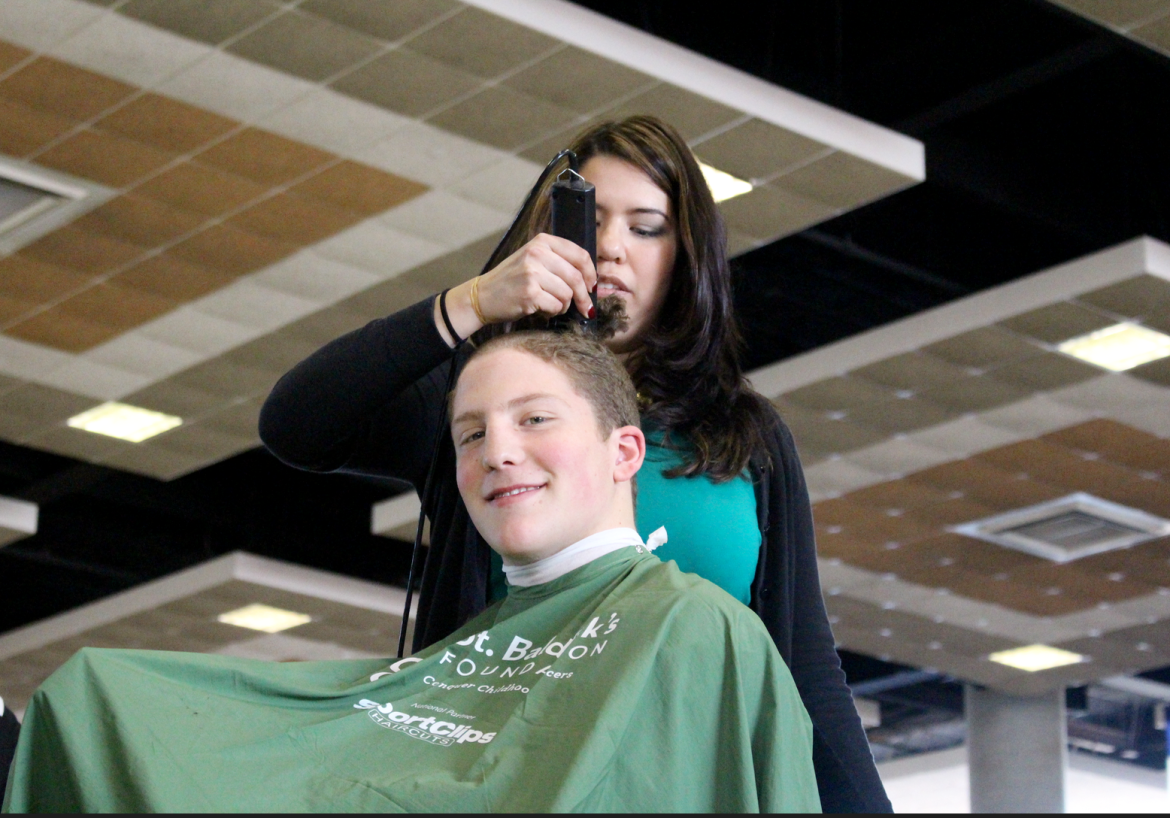 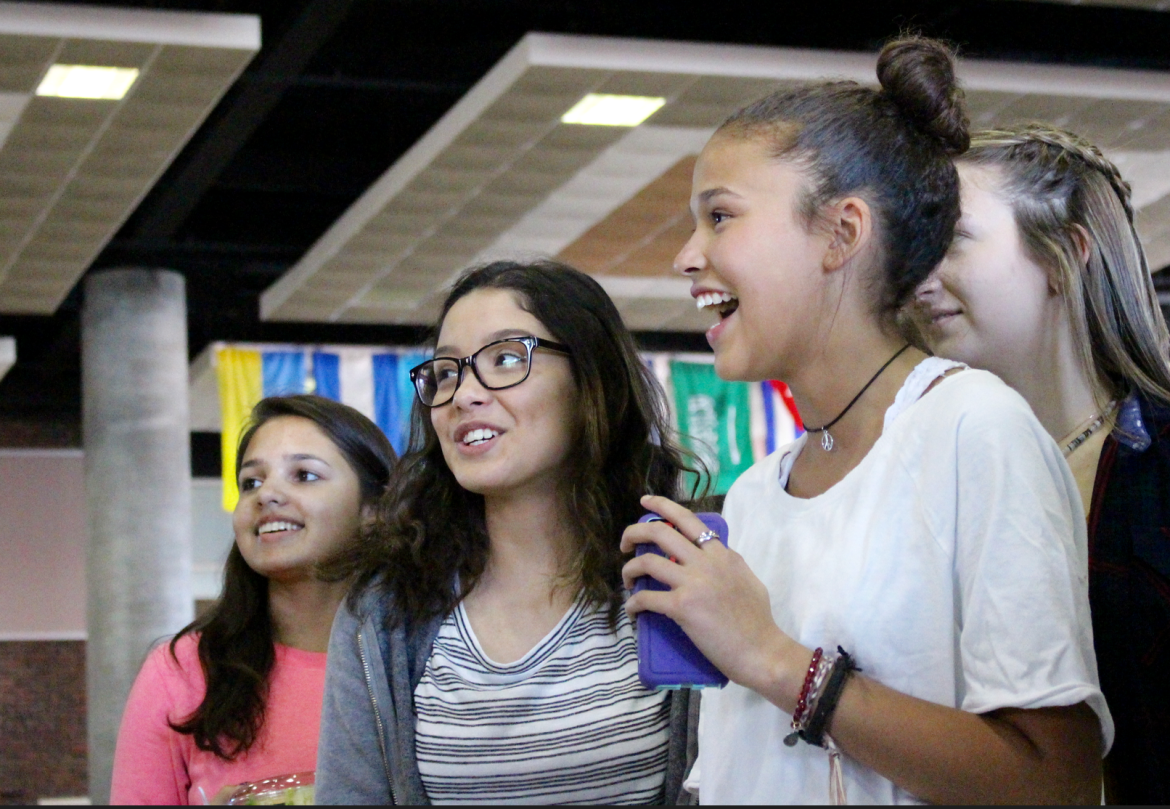 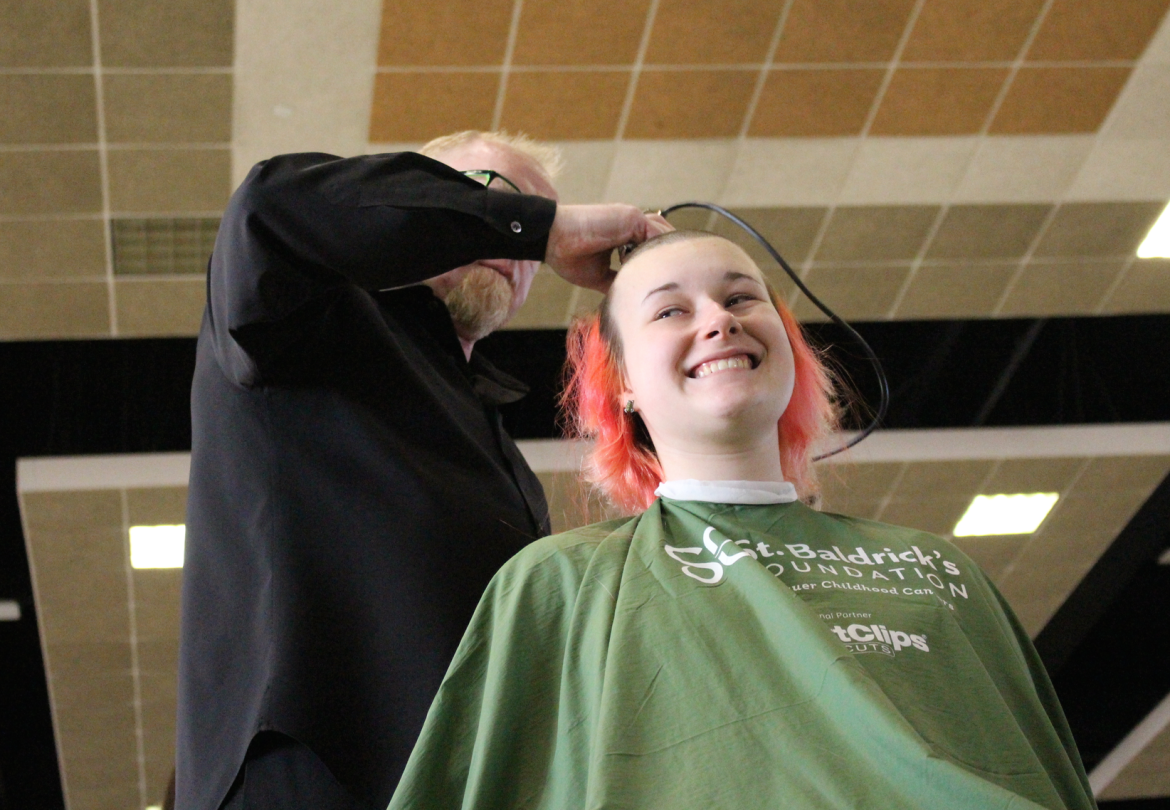 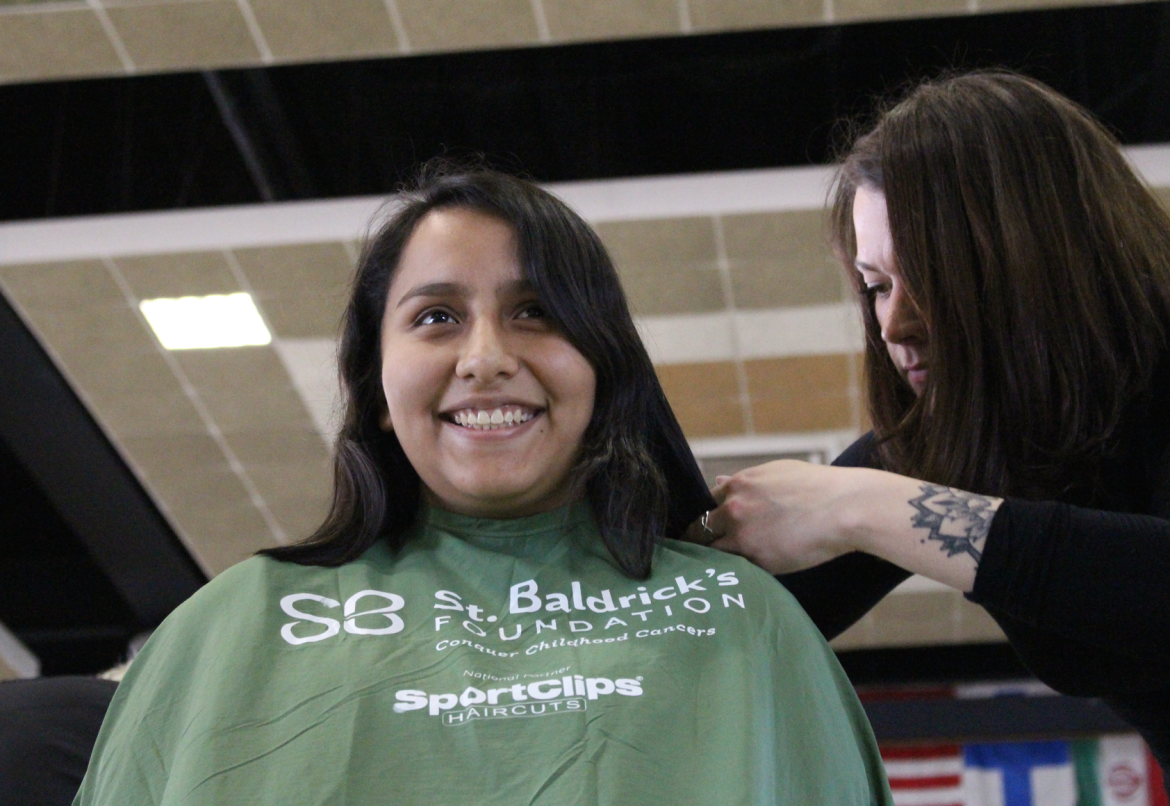 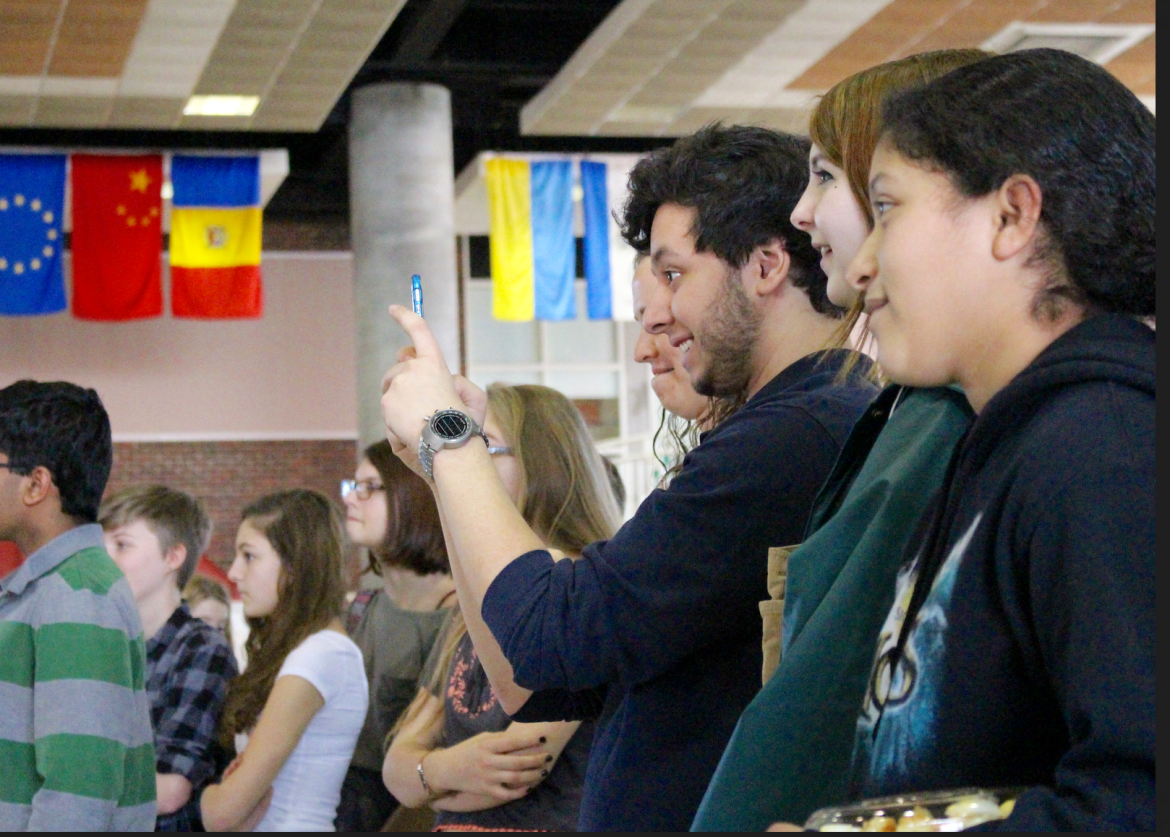 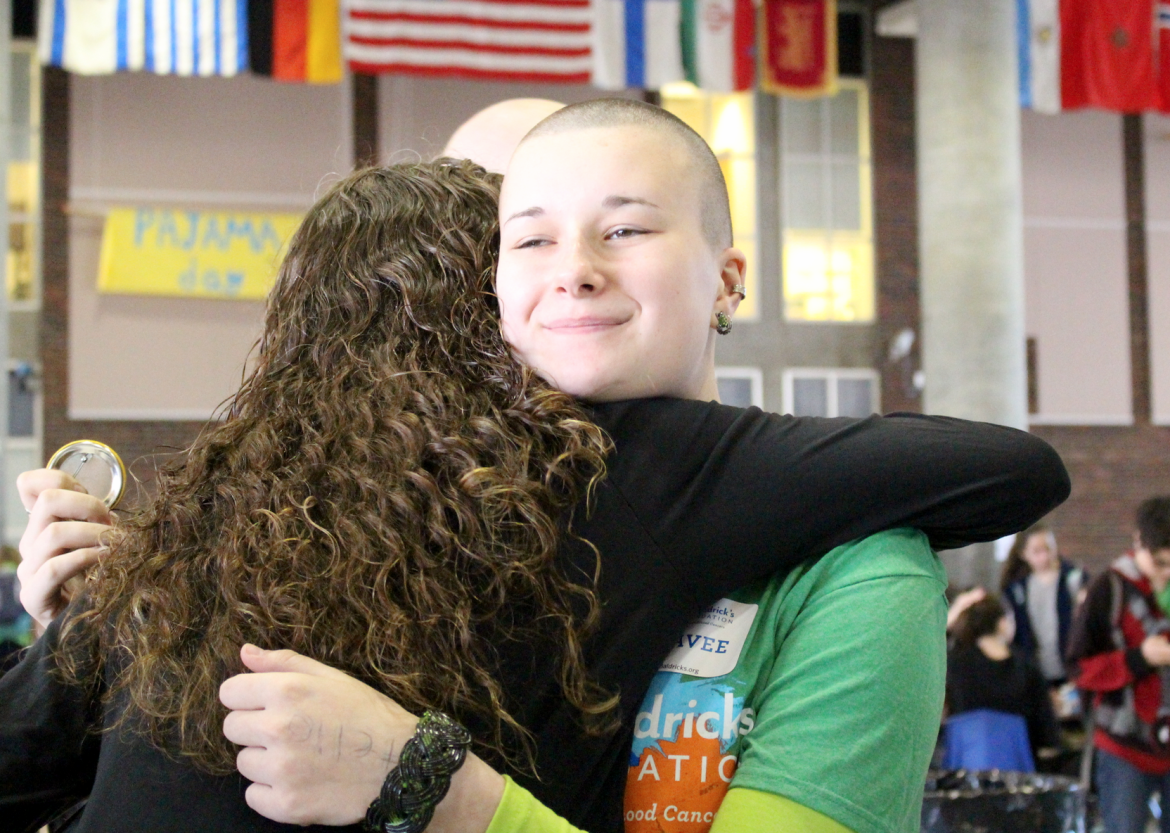 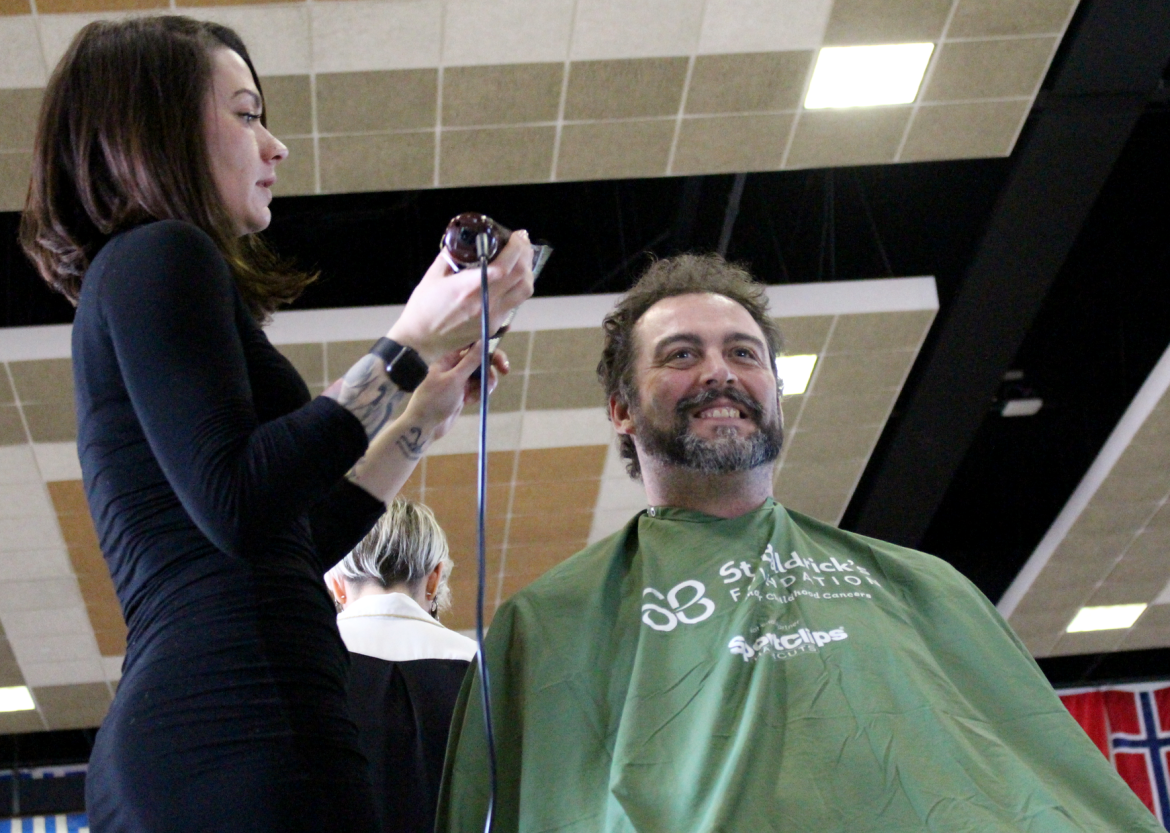 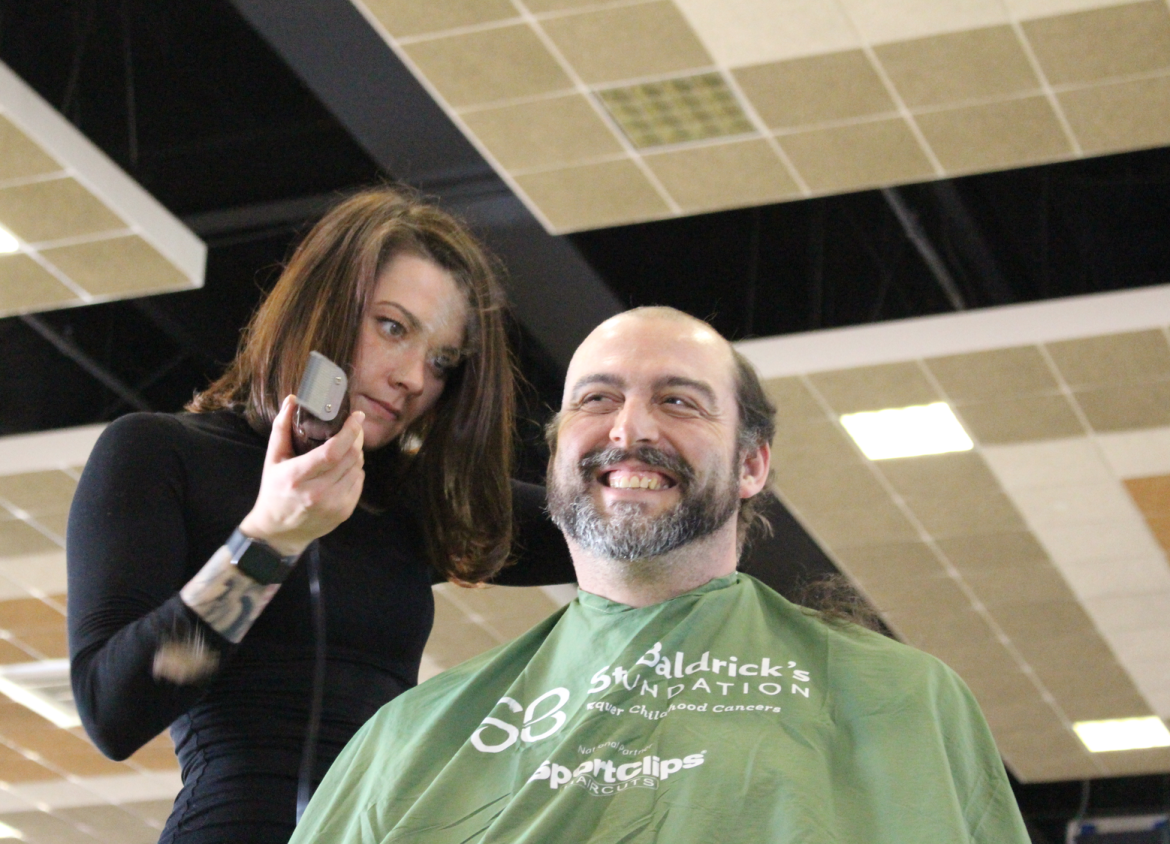