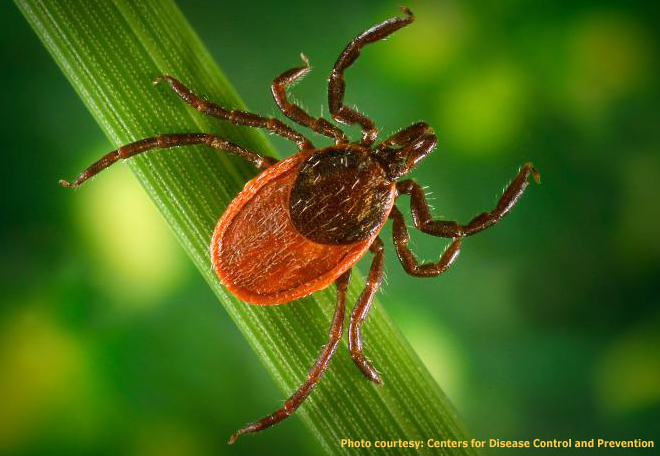 The Tick-Borne Disease Alliance (TBDA) and the Lyme Research Alliance (LRA), two of the most influential voices of Lyme and tick-borne diseases, announced today their intention to merge. The merger was approved by each of the respective Board of Directors on May 28, pending regulatory approval.

The merger will result in the largest tick-borne disease organization in the country.

This will allow for greater resources for research to improve diagnostics and treatments, as well as maintain awareness programs for the public and physicians.

After the merger the non-profit will be renamed.

“Our mutual overarching goal is what moved us forward to consolidate our groups, said Diane Blanchard, co-founder of LRA in a statement.

David Roth, co-chairman of TBDA and managing director of Blackstone Group, LP, The merger of LRA and TBDA marks the next logical step to helping people learn about this insidious, complicated disease.”

The merger will harness the expertise of each organization and strengthen proven consumer grassroots awareness campaigns including “Bite Back for a Cure” campaign.

“This new scale enables Lyme disease researchers to access the new tools and technologies which are now coming online that will change the landscape of diagnostic and treatment research with the ultimate promise of an end to the tragedy of this disease,” said Robert Kobre, a member of LRA’s scientific advisory board and managing director at Credit Suisse in the statement.

“We are looking forward to working closely together as a new organization to find the answers that will end the suffering of so many afflicted people, especially children,” said Debbie Siciliano, co-founder and co-president of LRA.

More than 300,000 Americans are infected with Lyme disease each year, ten times more than previously reported by the CDC. As it often goes undetected, millions more are at risk of developing life-debilitating, potentially deadly conditions.

In fact, the National Institutes of Health found that the impact of Lyme disease on people’s health was at least equal to the disability of patients with congestive heart failure, osteoarthritis and greater than those seen in type 2 diabetes.

The original founders of both organizations will continue to play an active role in the combined entity. The merger will result in a charitable organization with over 25 years of combined experience.

For more information about the two organizations and the merger visit the Lyme Research Alliance website or the TBDA website.