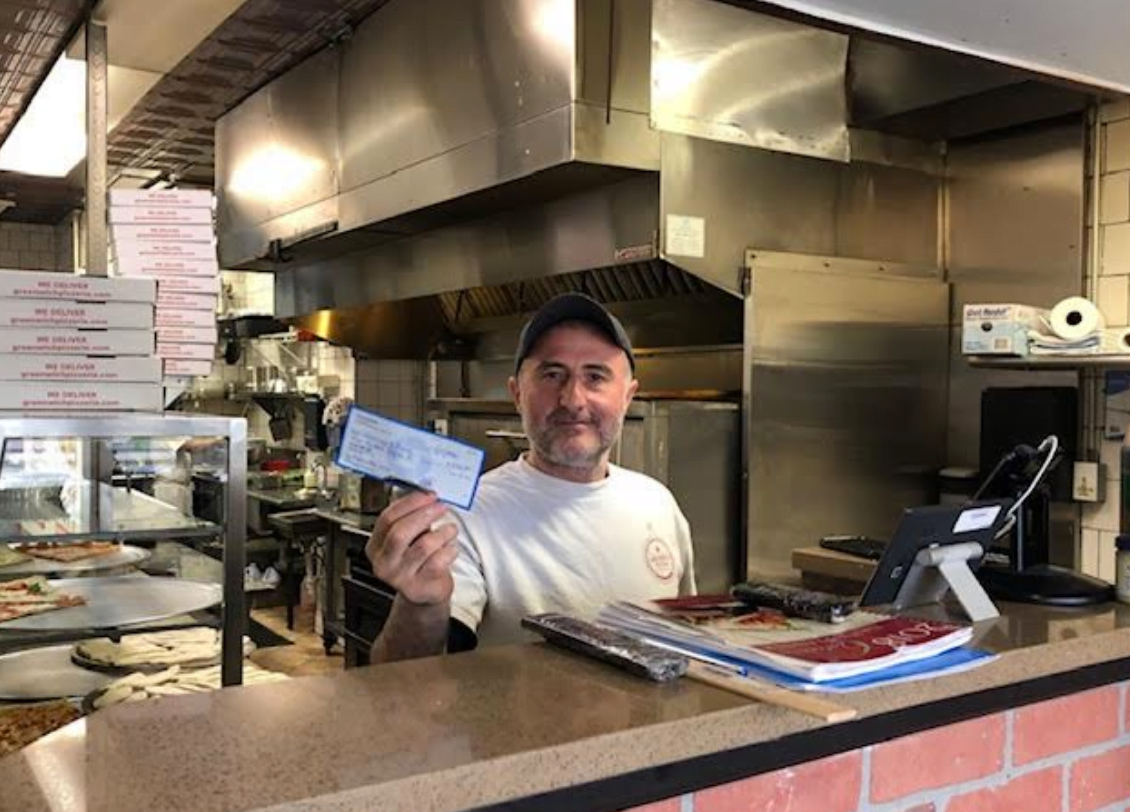 Greenwich resident Phil Brous is throwing down a challenge to members of local sports league teams to help out healthcare workers and first responders on the front lines during the COVID-19 outbreak.

Brous, who is a member of the softball team, “A Few Extra Pounds,” who have been playing in the Town softball league for 30 years, said his team is donating their league fees of $100 each to buy lunch and dinner for Greenwich EMS workers on two consecutive Sundays, and would love to see other teams follow suit.

This Sunday, April 5 and the following Sunday, April 12, “A Few Extra Pounds” has arranged for Greenwich Pizzeria on East Putnam Ave in Riverside to cater dinner for two Greenwich EMS shifts.

“They love it because that’s their restaurant of choice, and they can each pick what they want off the menu,” Brous said on Saturday, crediting his fellow team member Mark Katz for coming up with the idea.

“Mark called and said, ‘Hey Phil, let’s donate our league fees,” Brous said, adding that he had held back the fees because he was unsure whether the team would even have a 2020 season. “We’re still hoping,” he said.

“I spoke with John at Greenwich Pizzeria and gave him check for $500 for the first Sunday’s meals. He’ll bring it over or they’ll come pick it up. It’s for both the day shift and night shift, and the following Sunday, the same thing.”

“I put it out as a challenge to the other softball teams that may not have a season, to spend their league fees and donate it somewhere.” – Phil Brous, ‘A Few Extra Pounds’ softball team

“I think EMS is forgotten,” Brous added. “I think they are out there picking people up and bringing them in, and I know they were short on supplies. I called Tracy (Tracy Schietinger, GEMS executive director) who I knew from the project to install AED devices at Greenwich Point, and she said they were low on masks.”

Brous said he was sure that residents would like to show their support for workers on the frontline, and was even contemplating the idea of a catered barbecue meal for the entire staff of Greenwich Hospital.

Brous said any town league can contact him at philipbrous12@gmail.comif they want his help organizing a meal.

“If they want to use Venmo or send a check, I can coordinate everything. If we end up with $3,000, we could feed Greenwich Police or Greenwich Hospital. Greenwich EMS picked Greenwich Pizzeria because they go there frequently.

“They were happy they were able to chose what they wanted to eat, and order whatever they wanted off the menu,” he said.

Refer to our list of retail food establishments operating during the COVID-19 outbreak:

Greenwich Resident Collecting Masks and Gloves for Hospitals in Need