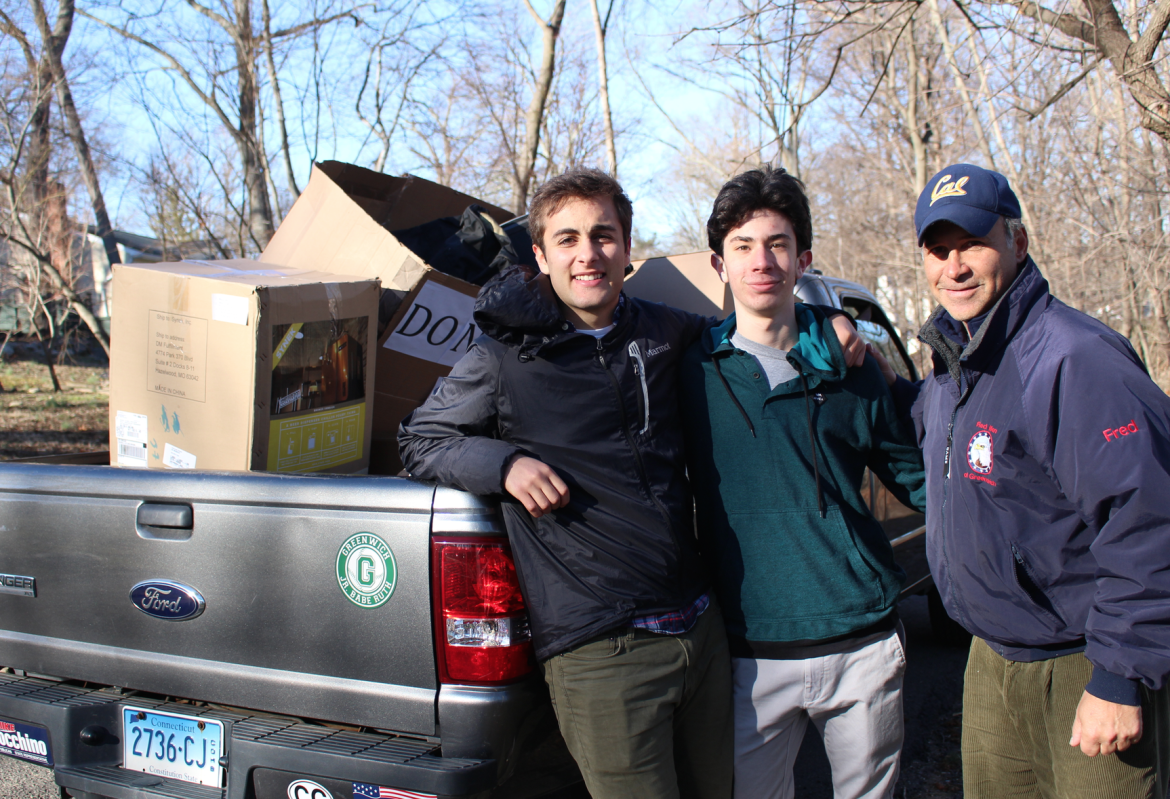 Many know Fred Camillo as their local State Representative, but almost as many know him as an avid fan of baseball with experience as both a coach and umpire. According to YES Club leader Greg Goldstein when he and the other club leaders initially put their feelers out for receiving agencies for the sports equipment they were collecting, Mr. Camillo’s name came up over and over.

On Friday afternoon, despite bitter cold and lingering winds from this week’s bizarre storm, Mr. Camillo stopped by YES collection headquarters (Greg’s house) and filled his pickup truck with equipment that fell into the baseball theme. 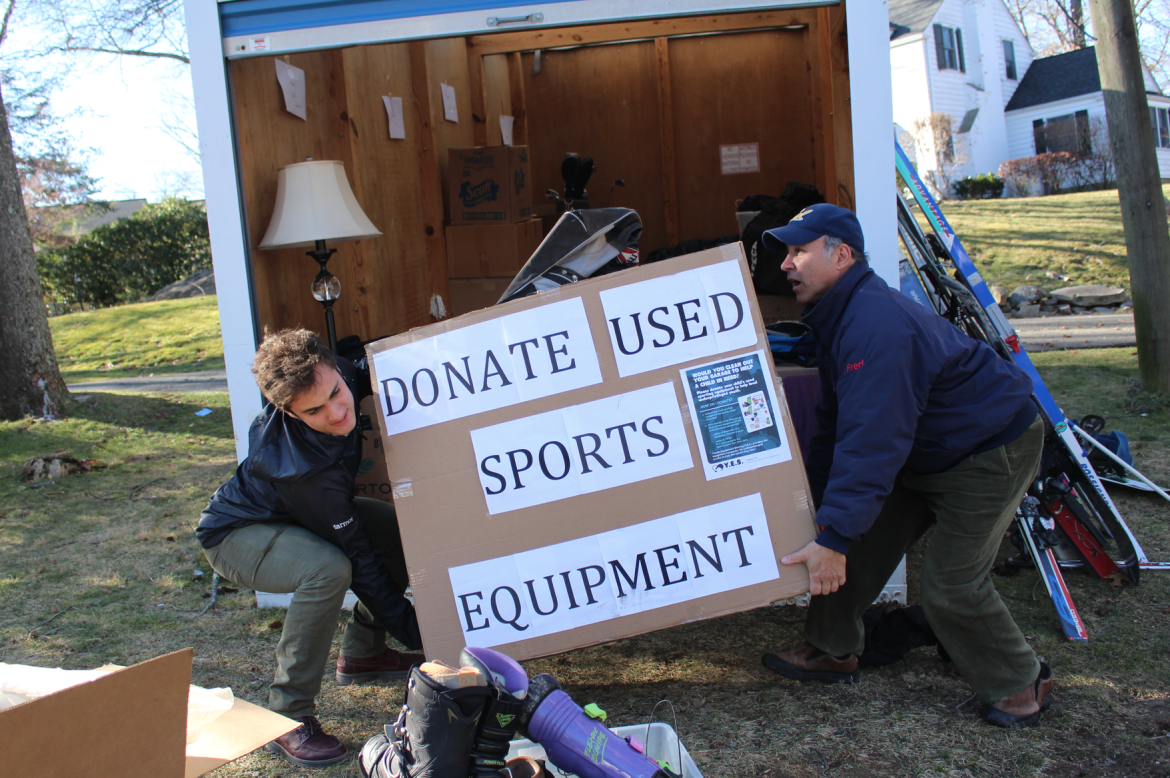 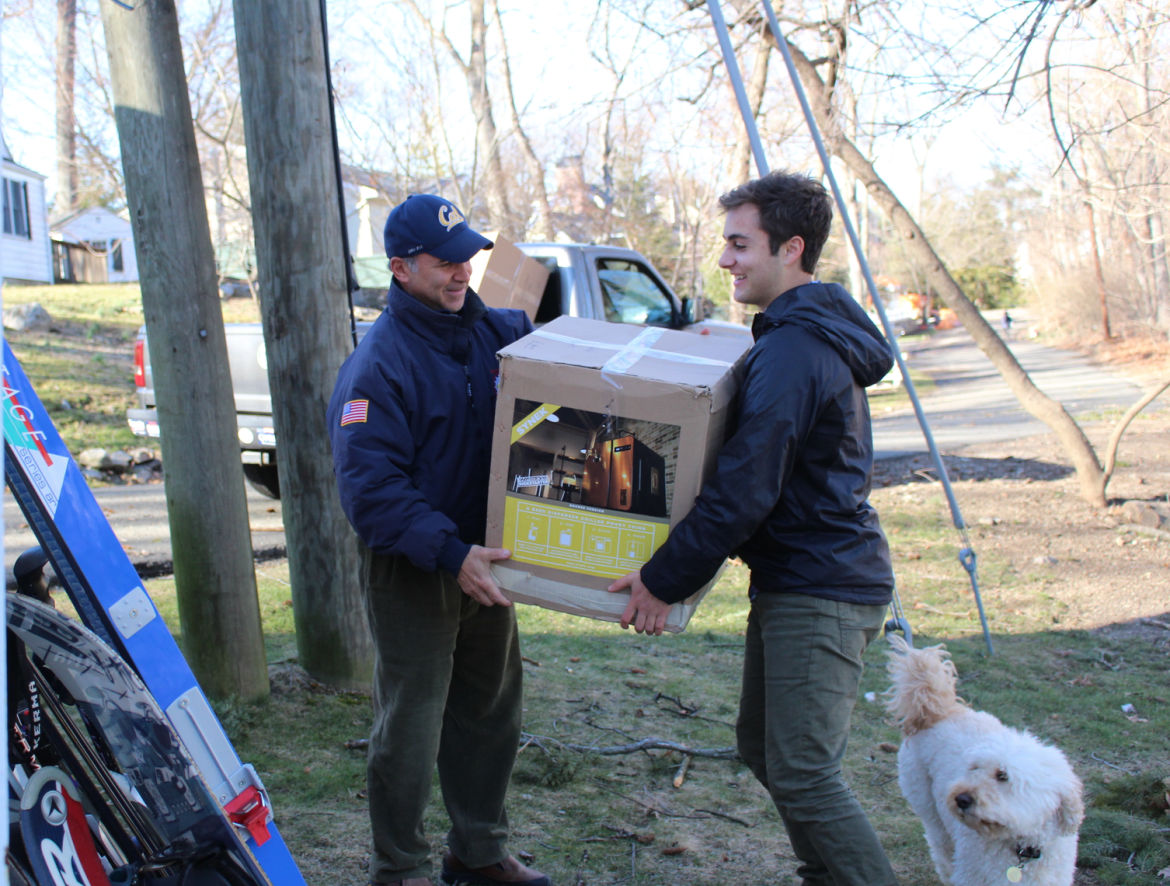 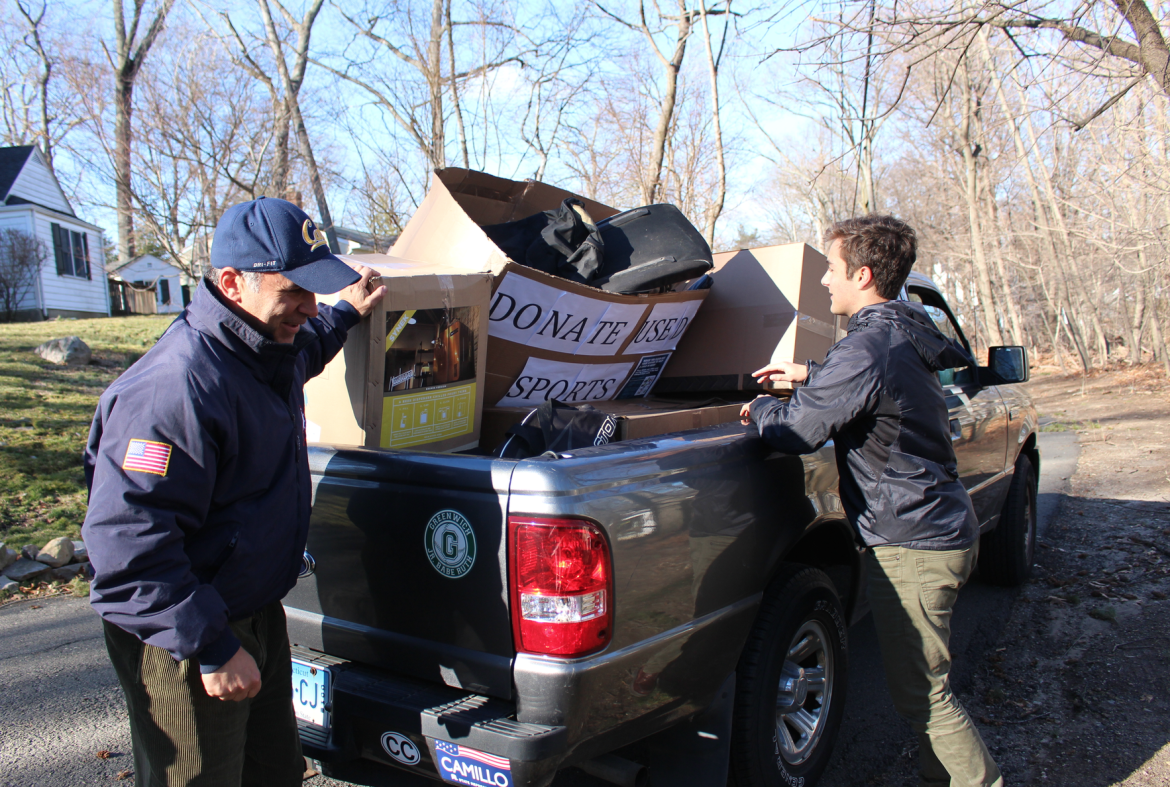 Specifically, according to club leader Romano Orlando, the boys turned over to Camillo 243 pieces of equipment including 40 metal bats, 75 baseballs, plus all manner of mitts, bags, bases and gloves.

On his end, Camillo said he would store the equipment temporarily until he launches a separate baseball equipment drive in March.

Ultimately Camillo said he, like the YES club, will donate everything to non-profits with youth baseball programs.

Greg and Romano, who lead the club along with Brian Fagella, said the entire experience has been entirely rewarding, but also an eye-opener.

“Even though Greenwich is really a big town, the way so many people came forward to help out and help us make connections made it feel like a small town,” Romano said. 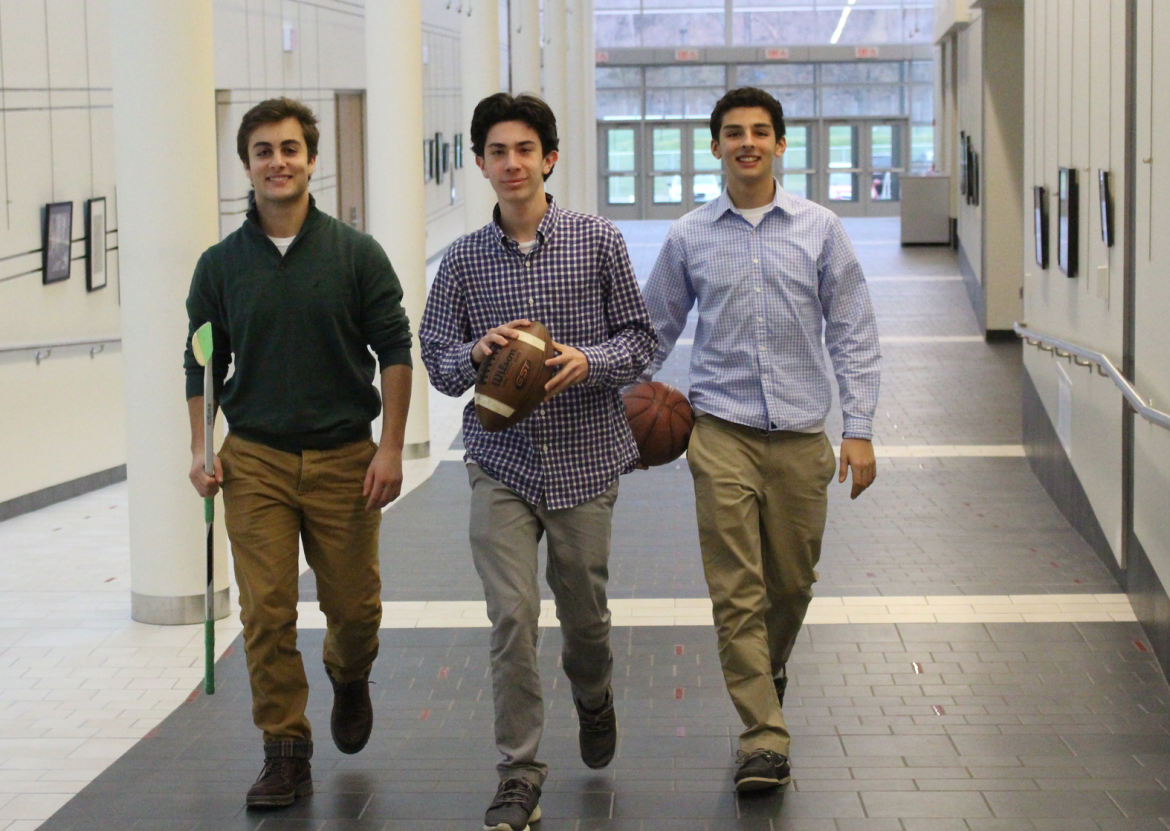 Left to right: Greenwich High School sophomores Romano Orlando, Greg Goldstein and Brian Fagella, with donated sports equipment they will disperse to schools and non-profits in Greenwich and beyond. Jan. 15, 2016 Credit Leslie Yager