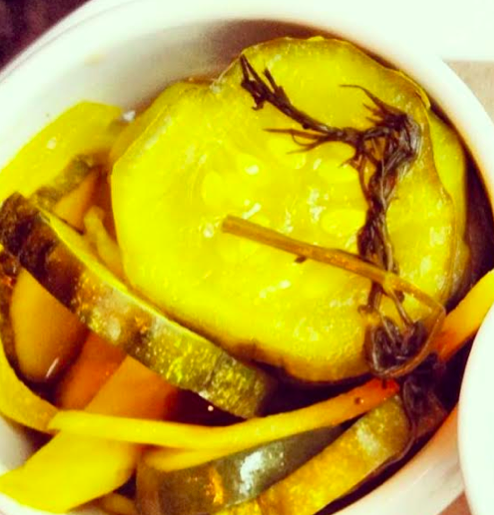 I had outstanding Bread & Butter Pickles at a July 4th BBQ that were so good that it inspired me to make my own. Typically I’m a Kosher Dill Gal, but these little sweeties are enough to make one switch sides.

Sprinkle cucumbers and onions with kosher salt. Cover with ice cubes and let stand for 3 hours. Combine sugar, vinegar, and spices in large kettle. Bring to a boil over a high heat. Drain cucumbers and onions and add to sugar mixture. Bring to a boil. Remove from heat. Pack into hot canning jars immediately. Process pints for 5 minutes or quarts for 10 minutes in hot water bath. Remove and let cool completely. Do not disturb while cooling. Refrigerate any jars that did not seal. Makes about 8 pints.