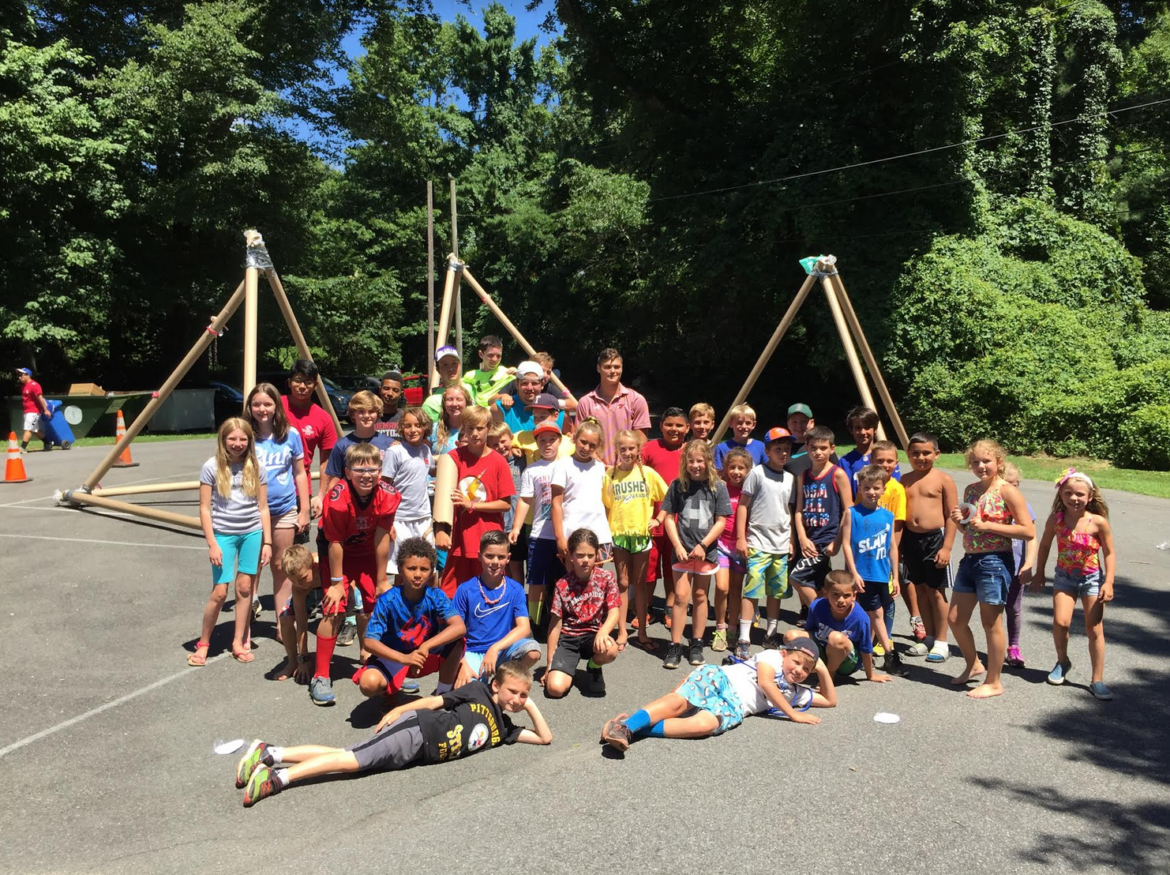 The Boys and Girls Club of Greenwich proudly hosted a team-building and mentoring event at its outdoor wilderness location  Camp Simmons.

With the goal of off-field team building, mentoring and expressive leadership, GYFL players, GHS football players and day campers worked to erect a giant sculpture made from recycled carpet tubes and duct tape.

The project, which was organized by Michael Manning and Red Shoe Studios, involved creating several 15 ft tall pyramids displayed at the entrance of the camp. 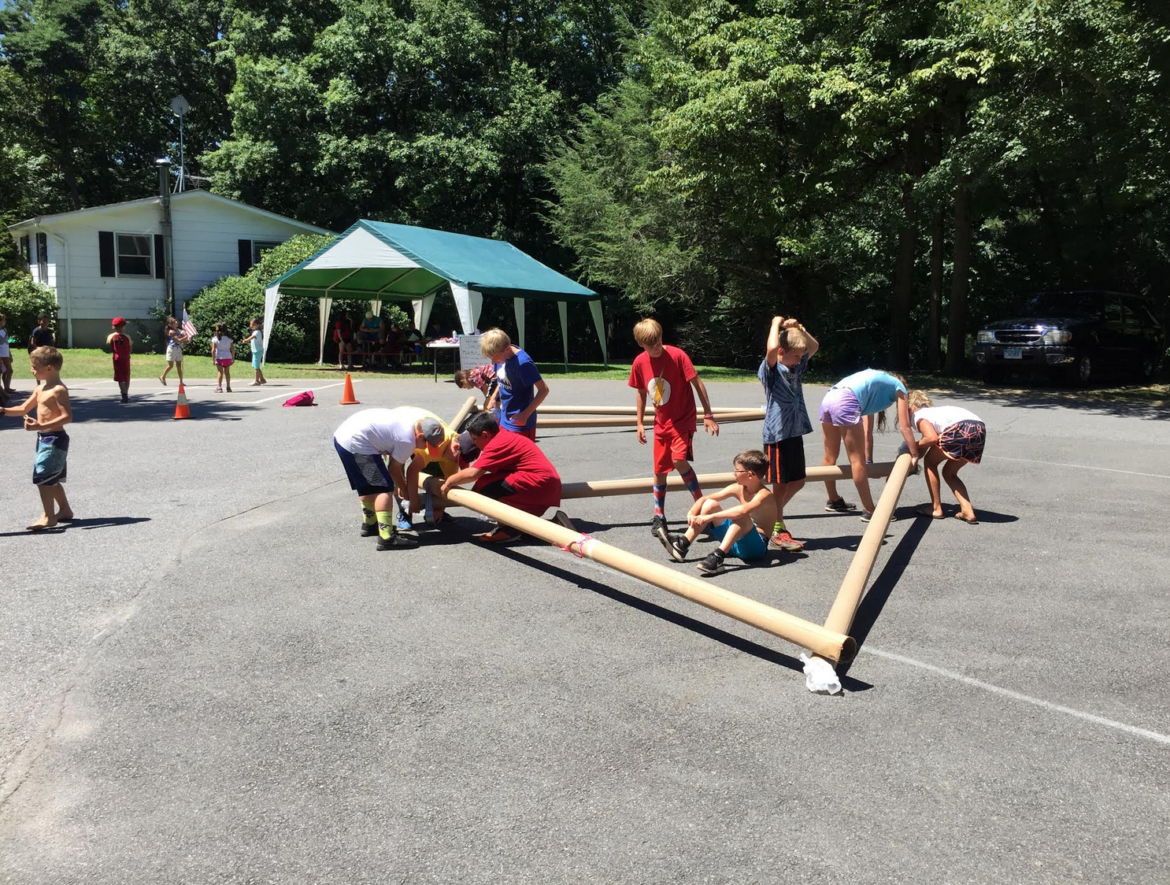 “This event was a great opportunity for Greenwich football players to serve as role models for younger players and campers,” said Don Palmer, Program Director at the Club. “Michael Manning has done a wonderful job of bringing these groups of young people together to share a new, creative experience and learn together.”

“Getting kids with different interests and of different ages together to collaborate on a single art project is an important life lesson that emphasizes values shared by the the Club, GYFL and GHS as well as Red Shoe Studios,” Palmer added.

Art classes are available at Boys & Girls Club throughout the year, which are free to members.  In the past Red Shoe Studios has collaborated with the Club to offer GYFL night on the ice, movie nights and a number of other art projects. 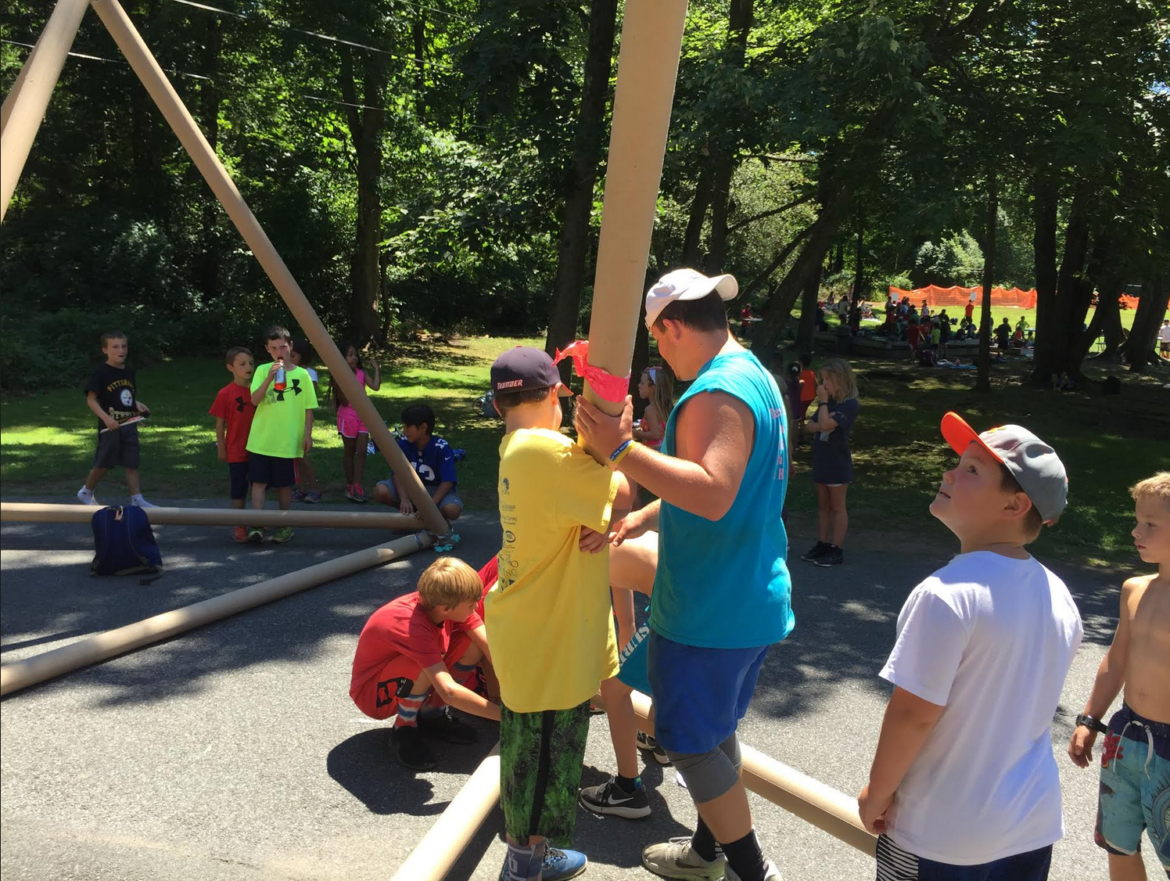