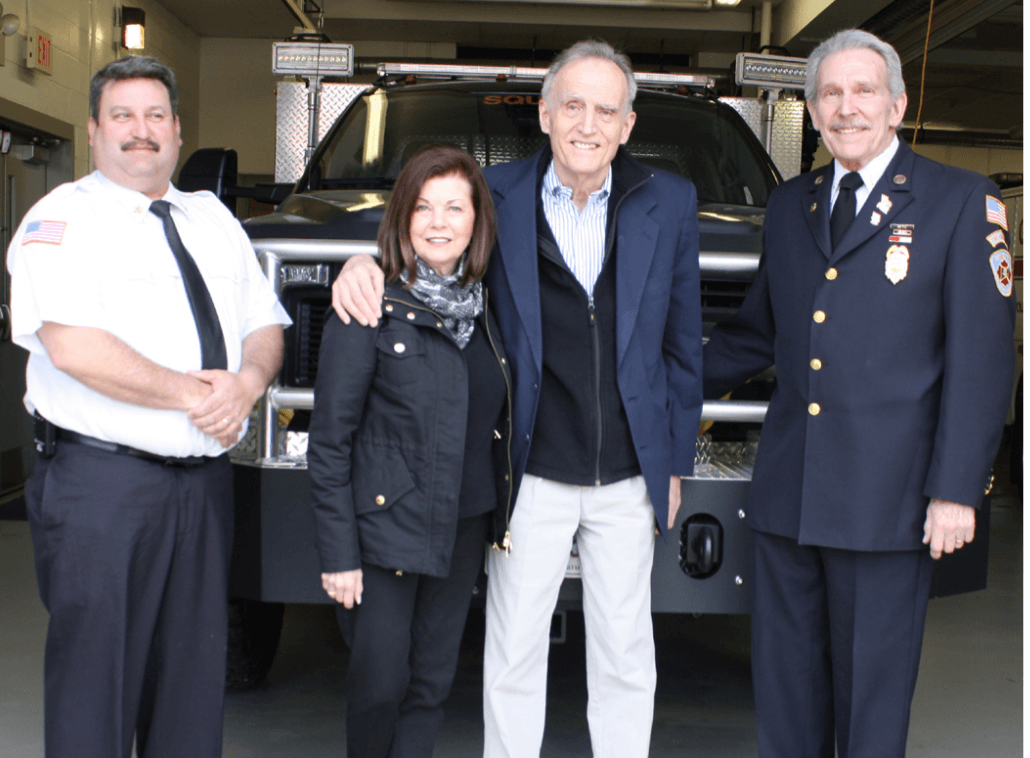 The Glenville Volunteer Fire Company will mark its five-year anniversary of presenting the David N. Theis Award for Outstanding Service to the Community, by honoring Greenwich civic leaders and volunteers, Bea and Peter Crumbine.

For the past four years the Glenville Volunteers have presented the Theis Award to Greenwich residents who selflessly and compassionately serve the Town’s people, organizations, and institutions.

The Crumbines’ history of service to Greenwich makes them perfect honorees to mark the fifth anniversary of the award. Created to memorialize the life and work of Selectman David Noble Theis, who unexpectedly passed away in 2014, the award celebrates Dave’s spirit of leadership-by-example. Previous recipients include Livvy Floren, Icy and Scott Frantz, Ed Dadakis, and Terry Betteridge.

The reception and award ceremony will be held on Thursday, October 3, at Tamarack Country Club, at 55 Locust Road. Doors will open at 6:00pm, with the ceremony beginning at 7:00pm.

Invitations have been mailed to previous attendees, but all are welcome to join us in honoring the Crumbines. Anyone wishing to attend the event, or be a sponsor, can register on the Volunteers’ website at www.glenvillefire.org, or by calling 203-532-9606.

Ongoing fundraising will help provide first responders with additional specialized equipment to be used in its mission to serve Greenwich.