Last month marked the 195th anniversary of the final arrival in America of Marie-Joseph Paul Roch Yves Gilbert du Motier, Marquis de Lafayette – or as he was more commonly and affectionately known in the United States, General Lafayette.

In 1824, after a formal invitation extended through the Congress, President James Monroe invited the General to visit the United States. This would be his Farewell Tour to the country.

On Wednesday, October 2 at 7:00pm, the residents of Greenwich can come and learn more about Lafayette’s Tour, and more particularly, the stops he made here in the Town of Greenwich.

The presentation is sponsored by masonic lodge Acacia No. 85 A.F.&A.M., and is open to 50 people.

Light refreshments will be served. [to learn more, visit their website at:
https://www.thelafayettetrail.com/] 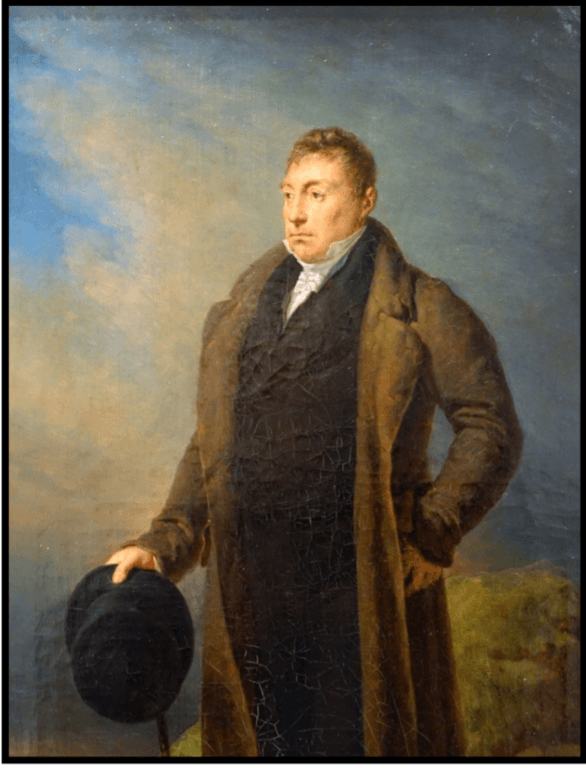 With the bicentennial of Lafayette’s tour not too far off (2024), the Lafayette Trail has continued to ardently carry out their mission which is: to increase mutual understanding between the peoples of France and the United States; raise awareness about Lafayette’s critical contribution to the founding of the United States, and; document, map, and mark his footsteps during his fourth and last visit to his adopted land in 1824.

Julien first came to the United States in February of 2015 for five months to study living-history museums. Two years later he founded The Lafayette Trail at the French Consulate in Boston and from that time onward, through dedicated passion and hard work, he expanded the Trail’s efforts to over 25 States and Washington DC. He had the honor of accompanying French President Macron to Washington DC for a three-day state visit at the invitation of the executive branch of the United States federal government.

Lafayette led a dedicated life of service to the Patriot cause, and commanded honor to his family name and native country. Without Lafayette’s bravery and fortitude the American Patriot cause during the Revolution would have greatly suffered. What is more, without Lafayette and his family network, Benjamin Franklin’s task of successfully securing French military support and a French alliance would have been much more difficult. The life and times of General Lafayette were extraordinary. To learn more on his farewell trip and his time in Greenwich, your attendance at the Julien Icher’s presentation is most earnestly solicited. 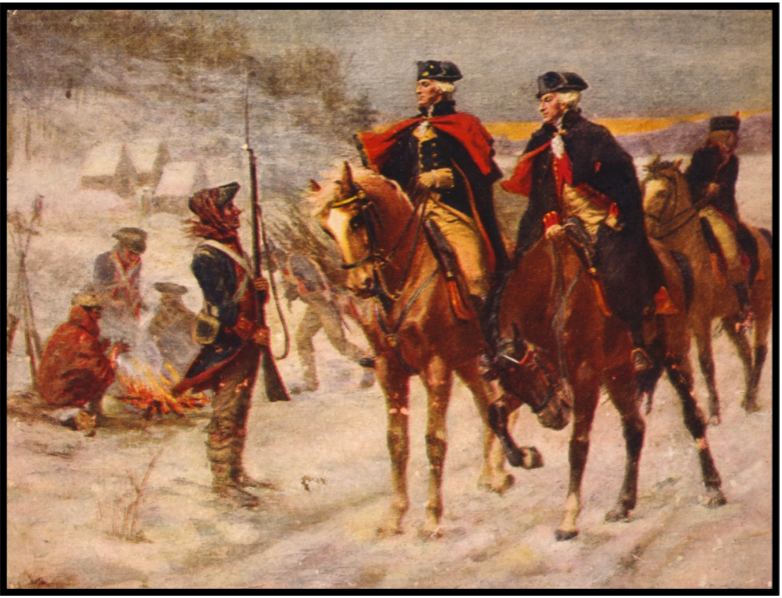 Washington and Lafayette at Valley Forge, by John Ward Dunsmore circa 1907 it was here at Valley forge where Lafayette was initiated into the Order of Ancient, Free & Accepted Masons.

Acacia Lodge No. 85 is proud to sponsor The Lafayette Trail’s presentation on all their work as it maps out, not only the great founders of the American Republic, but many of whom were members of the Order of Ancient, Free and Accepted Masons. Lafayette made a Mason during the winter of 1777-1778 at Valley Forge, also members of the Craft were George Washington, James Monroe and of the committee that met Lafayette at Greenwich were: the Reverend Isaac Lewis, Ebenezer Mead and John Jay Tracy. After Lafayette was made a Mason he wrote the following in his papers:

After I was made a Mason, General Washington seemed to have received a new light—I
never had, from that moment, any cause to doubt his entire confidence. It was not long
before I had a separate command of great importance. 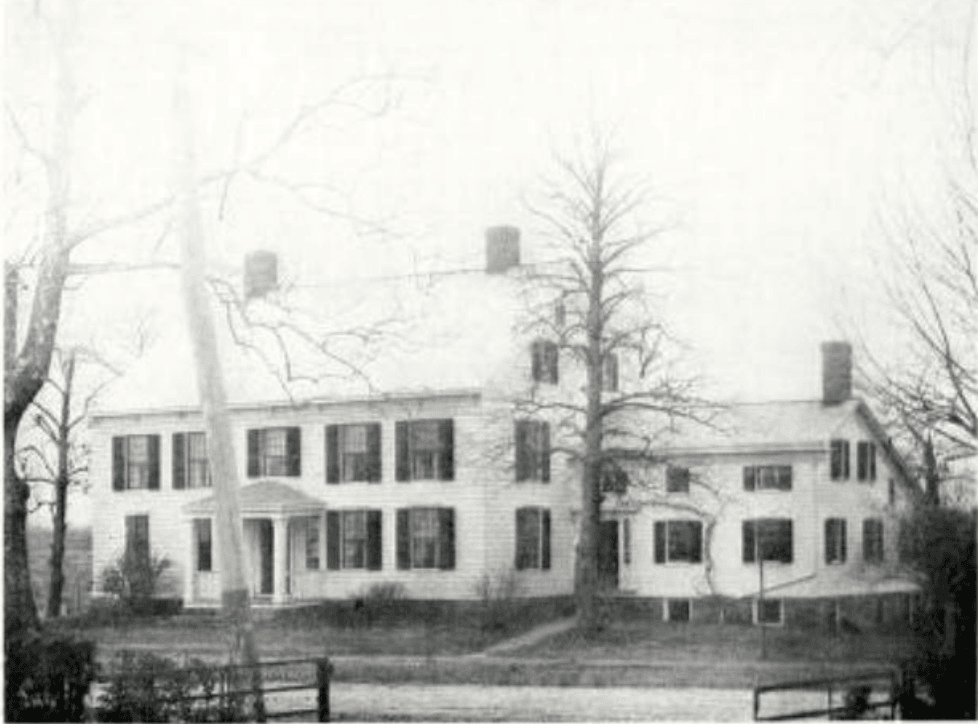 “Dearfields” Thos. A. Mead Homestead. Built 1799. “Dearfields” the House of Col. Thomas A. Mead where Lafayette was honored and received in Greenwich.

Below is an excerpt from Spencer Percival Mead’s, Ye Historie of the Town of Greenwich on Lafayette’s trip to America and Greenwich.

President Monroe invited Lafayette, through a formal invitation via Congress, to visit the United States. He declined to travel on a man of war and left Paris on July 11, 1824 to Havre, and from there boarded an American merchant ship Cadmus, Captain Allyn, on July 13, 1824 where it left for New York. He was accompanied by his son, George Washington Lafayette, his secretary M. Auguste Levasseur, and his valet, Bastien. The ship arrived off quarantine in the harbor of New York on August 15, 1824 where he was met be a delegation of prominent New Yorkers and in due time escorted to the City of New York, amidst every demonstration of joy that a grateful people could bestow.

On Friday morning, August 20, 1824 he started from the City Hall accompanied by a large escort under the command of General Prosper M. Wetmore, for a tour through New England. On the General’s arrival at Byram Bridge, the state line between New York and Connecticut, at about 4 o’clock he was met by a Connecticut Troop of Horse under the command of Major Huggins, and a salute was fired as soon as he entered the state. At the junction of Putnam Ave and Field Point Road, he was met by a committee of representatives of Greenwich citizens consisting of:

And others who extended the hospitalities of the town and a reception was tendered him at the residence of Col. Thomas A. Mead [of the CT 9th Regiment], after which he proceeded to Put’s Hill. Here the General again left his carriage and walked down the hill accompanied by the committee. The road at this point is cut through a solid rock, rising about twenty feet perpendicularly on each side. Hundreds of ladies thronged the hill on one side and the gentlemen on the other. As the General passed down the hill a salute was fired. From one side of the rock to the other, over the road, a rural arch was suspended made of hemlock branches and wild brier and decorated with roses the whole designed by the ladies of this town; pendent from the center of the arch was a shield bearing the following inscription:

This arch on the hill rendered memorable by the brave General Putnam,
is erected in honor of the illustrious General Lafayette, the early and
distinguished champion of American liberty, and tried friend of
Washington.

The center of the arch was surrounded by an old Revolutionary flag, battered and torn. It
was the flag that was carried at the Battle of White Plains. The Rev. Mr. Lewis read the
inscription to the General, told him the history of the flag, and pointed out to him the
exact spot of the heroic exploit of the brave General Putnam. On parting, the patriotic
parson, who was a Revolutionary soldier also, said, “General, America loves you.” “And I,
sir,” said the General, “most truly love America.” 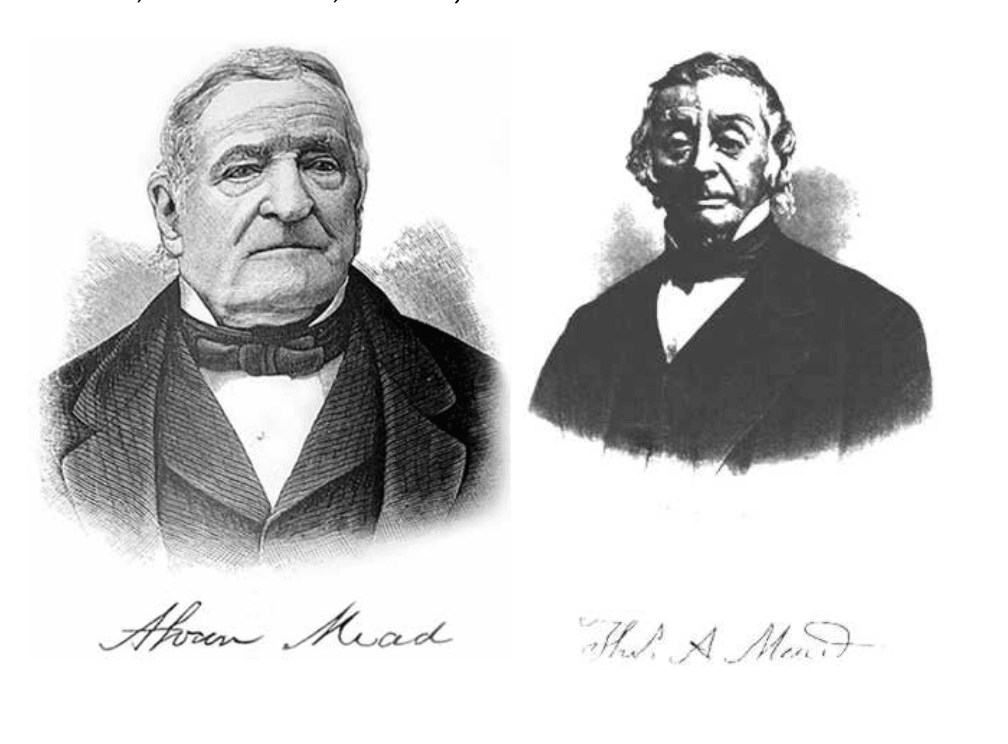