In keeping with the theme of peace surrounding the installation, Ms. Groo said, “We can all seek refugee in these photos.”

Bird sounds play in the gallery space, setting a calm tone, and beanbags encourage a comfortable and relaxing break for students, faculty and visitors.

After graduating from Greenwich Academy, Groo went on to be an English major at Trinity College, and although she got her first camera sometime between ages eight and 10, she hadn’t planned to become a professional photographer. 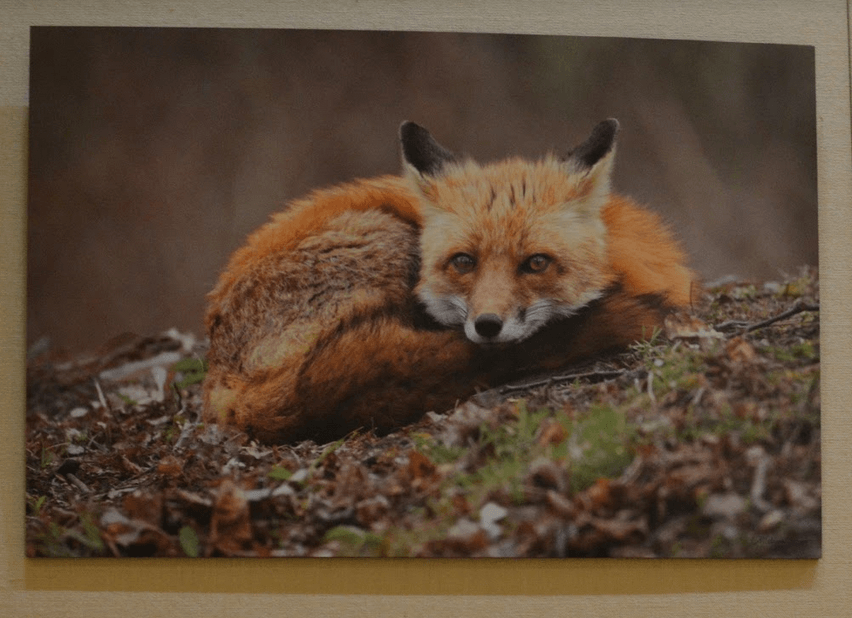 After living in Paris, having a career on Wall Street and earning a Masters Degree in Education, Groo found her true passion was spending time around nature. She grew up in Manhattan, living a very urban existence, making her appreciate nature all the more.

She expressed to the hundreds of high school students in the audience: “Life is long. It takes you in different directions and it takes a long time to be realized as a person.”

With that she added that students should always be open to finding their true interests and trying out different career paths.

Last year, one of her giraffe photos was selected as one of Smithsonian’s “Most Powerful Photos of the Year.” And, also in 2017, she was awarded the Katie O’Brien Lifetime Achievement Award by Audubon Connecticut for leadership and commitment to the conservation of birds, other wildlife, and their habitats.

Beyond capturing stunning images of wildlife, Ms. Groo uses her work for conservational purposes. She shared that she has been able to see the way that climate change wreaks havoc on ecosystems. 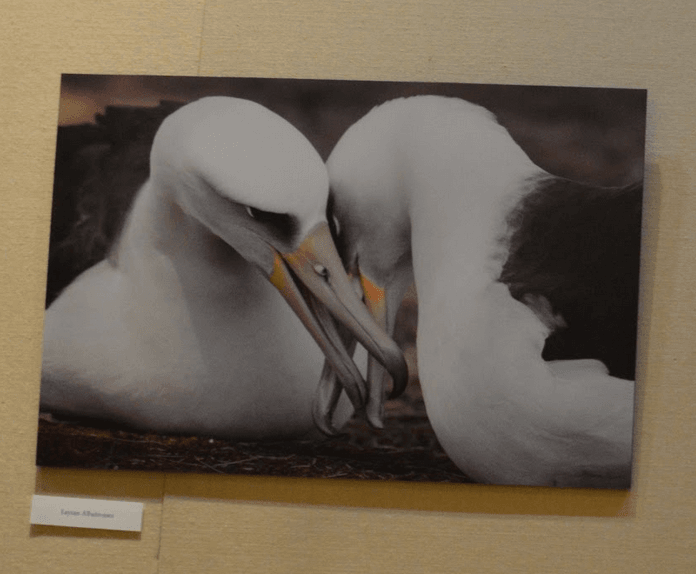 When in the field, she is particularly careful not to disturb her subjects for fear of driving them away from their homes, food, and otherwise disturbing their routines.

Ms. Groo captures human-like moments of animals, showing the daily wonders of nature that often go unnoticed by people. For instance, she captured an image of two dead Scarlet Tanagers embracing and baby foxes awaiting the return of their father.

She noted that there are plenty of ways for everyone to protect animals and the environment daily. “Take more notice of the natural world and get away from our screens,” she advised, adding that a good way to make a difference is to find one environmental cause you are passionate about, dive into it, and educate others about it.

In closing and in true English major fashion, Ms. Groo left students with the words of Mary Oliver: “Instructions for living a life. Pay attention. Be astonished. Tell about it.”

The show is open to the public from 8:00am to 4:00pm at the Luchsinger Gallery located in Greenwich Academy’s Wallace Performing Arts Center, and it will run until April 28. 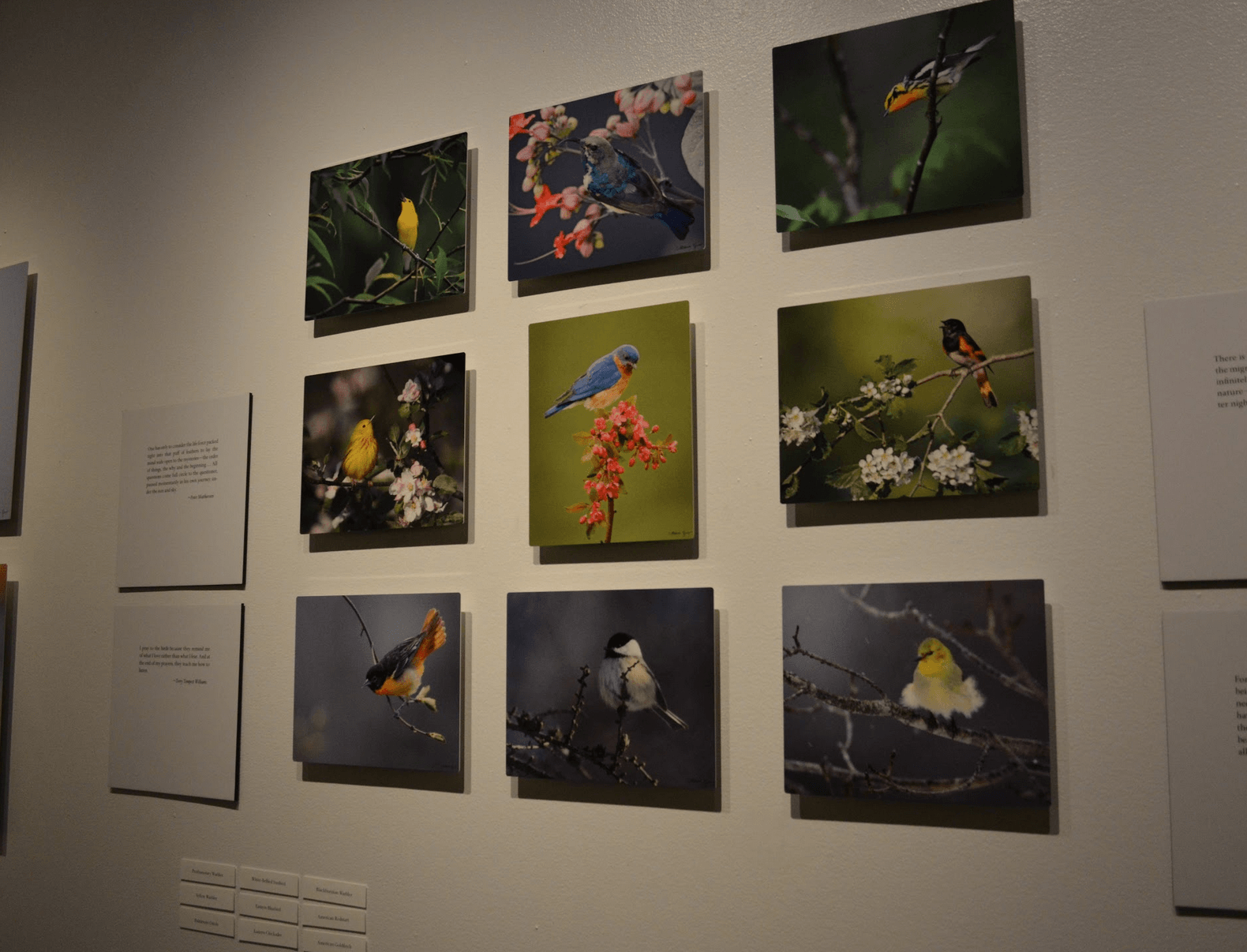 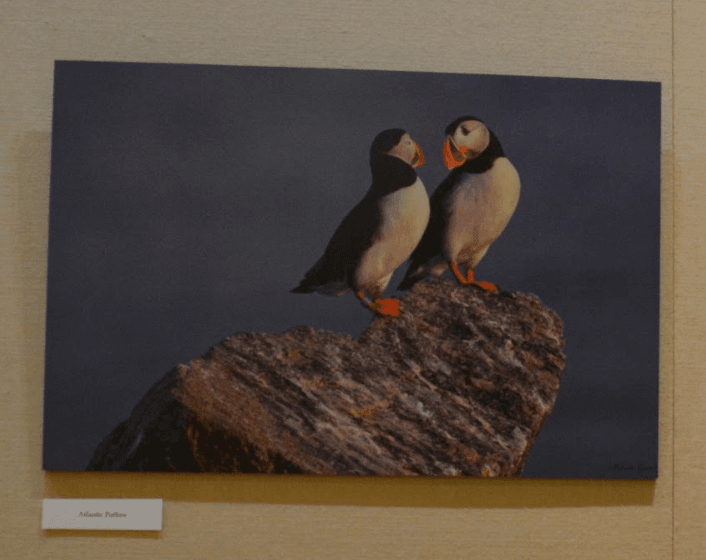 Reporter, Sadie Smith is a senior at Greenwich Academy.