The show will go on rain or shine. In the event of rain, the concert will be held inside at the Eastern Civic Center. Venue change information will be e-mailed. To join our email list please send your contact information to [email protected]org.

Many people know Pete Francis as a one-third member of the independent band Dispatch (www.dispatchmusic.com). And yes, that’s where his journey with music and rock stardom began.

Francis, a Greenwich native,  singer, songwriter and producer, became famous when the band he formed in the 1990s at Middlebury College, Dispatch, struck a chord far beyond the dorm lobby.

In fact, Francis had already been at it long before Dispatch played a single note.

“When I was a kid, my friends and I played at the Teen Center in Greenwich. We jammed in my friend’s basement,” said Francis, who went to Riverside School and Brunswick School told GFP in 2015.

When Dispatch was formed at Middlebury in Vermont, the English major and his fellow band mates, Chad Urmston and Brad Corrigan, had gigs in dorm rooms and lobbies. They also recorded four albums together, and required increasingly larger venues to accommodate their swelling ranks of fans.

Dispatch has played some of the most memorable venues across the United States with highlights including Madison Square Garden, The Greek Theaters, Red Rocks, and TD Garden (to name a few).

Francis’ musical involvement also inspired several creative solo endeavors – the most recent of which developed out of his home studio in Old Greenwich. The Dragon Crest Collective is simply good rock n’ roll – bringing a sound reminiscent of classic rock evolved with modern tellings of life and satisfying jams.

And for those Dispatch fans out there, you can be sure Pete Francis and The Dragon Crest Collective will include a few favorites into their set at The Seaside Garden! 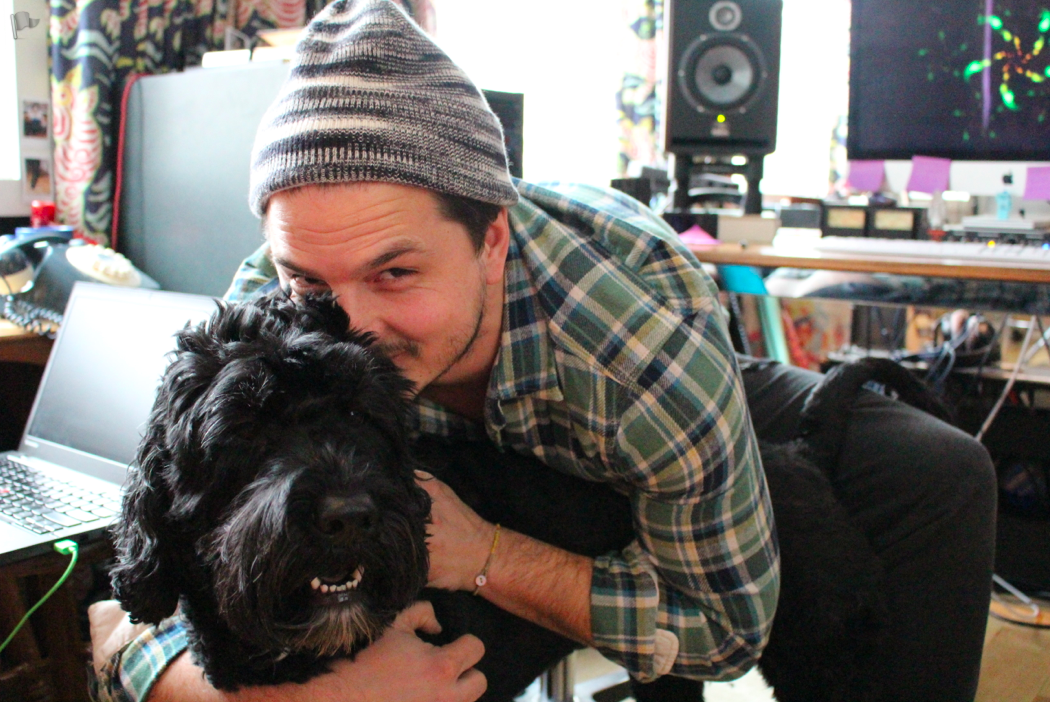 Pete Francis at home with his dog. Credit: Leslie Yager