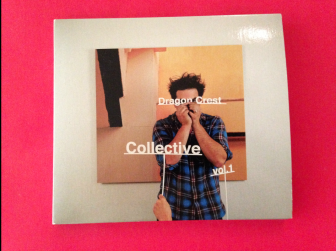 The new album that Pete Francis is currently working on, set to release this summer. Credit: Jason Trabish

This summer, Pete Francis plans to knock your socks off with his new Dragon Crest Collective CD.

His band, Dispatch, has been jamming since the 90s. In fact, Francis, the lead singer has deep roots in Greenwich, having attended Riverside School and Brunswick School. He then went on to meet fellow band members Brad Corrigan and Chad Stokes at Middlebury College.

The Dragon Crest Collective features pure hip-hop, funk, and a touch of indie here and there. 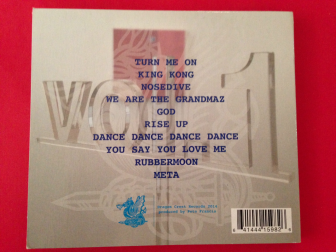 A list of the songs coming from the album set to release this summer. Credit: Jason Trabish

There are 10 songs listed on this album, all with rather memorable titles. Among the most notable are “King Kong,” “We Are The Grandmaz” and “Rubber Moon.”

Not only are the titles of their songs noticeable, but also the lyrics, which refer to celebrities at times. For instance, in their song, “King Kong,” the reference is to Miley Cyrus and her hit single, “Wrecking Ball.”

Just off a first-hand listen, this band has music that you would have no problem cracking a dance move too. The bass sound is excellent and gives a groovy beat. Some of their songs have a Red Hot Chili Peppers-feel to them, as well as a Beastie Boys-feel, so if you like some of their earlier work, there’s a chance you’re going to like Dragon Crest Collective.