Returning to the stage is celebrated comedian and Greenwich native, Jane Condon, along with event newcomers Andy Pitz and Michele Balan.

Local celebrity comedian, Jane Condon said, “Fasten your seat belts, Greenwich! It’s going to be a very funny ride for a great cause!”

Condon’s comedic style draws from her experience as a wife and mother and often includes politics and other hot topics. Her talent was recognized by many national media outlets earning her spots on shows including, NBC’s Last Comic Standing, and NBC’s The Today Show, ABC-TV’s The View, LIFETIME TV’s Girls’ Night Out and FOX-TV’s series finale of 24, and many more.

Andy Pitz and Michele Balan are both seasoned comedians who are based out of New York City and are sure to entertain the crowd with their nationally-recognized comedic styles. Balan has appeared on Last Comic Standing, where she was a finalist and also was The Last Woman Comic Standing on Season 4.

Pitz has been doing standup more than 20 years and has appeared on TV a number of times, highlighted by appearances on The Late Show with David Letterman and The Late Late Show with Craig Ferguson.

The event will begin at 6:00 pm, with beats by local DJ, April Larken, and bites from some of the area’s most popular food trucks including Big Green Truck Pizza, Knot Norms Catering Co., Valencia Luncheria, and Cowabunga Food Truck. The Brew Ha-Ha program will begin at 8:00 pm and includes a live auction to benefit Greenwich United Way.

Beer will be sponsored in part by Schofferhofer Grapefruit and Radeberger Pilsner. The event will also include a New England Selfie photo booth, wine pull with new customized shot glasses, and a silent auction. Snacks at the end of the night will be provided by OnTheMarc catered events.

The Live Auction will be presented by local auctioneer, Jonathan Cuticelli, and will include: an “Experience Stowe, Vermont Luxury Travel Package” complete with two round trip tickets direct from Westchester Airport to Stowe courtesy of Tradewind Aviation, a $200 spa credit at Stowe Mountain Lodge, two one-day lift tickets, and three-days and two-nights at a luxurious two bedroom at Stowe Mountain Lodge courtesy of Spruce Peak at Stowe, and a gift certificate to dine at local favorite, Junior’s at Stowe restaurant. Another item titled, “Golf Flight”, will include a round of golf at some of the area’s most prestigious golf courses as well as golf personal training sessions from in forma Fitness of Greenwich.

And, similar to last year’s auction, a “New York Yankee package” will be auctioned off again with tickets to a Yankee game, visit with Michael Kay in the broadcast booth and Yankee Swag. Silent auction items include: a one-of-a-kind painting from local artist, Rebecca Stern, one year of concierge pediatrics from Next Generation Pediatrics, and four tickets on the 50 yard line to the New York Giants  vs. Washington Redskins game on December 31st with private entrance, club room and parking pass.

“The 3rd Annual Greenwich United Way’s Brew-Ha-Ha gives all who attends a fun and entertaining evening. Funds raised go directly to help the most vulnerable of our community as identified by the Needs Assessment,” said Greenwich United Way CEO, David Rabin. 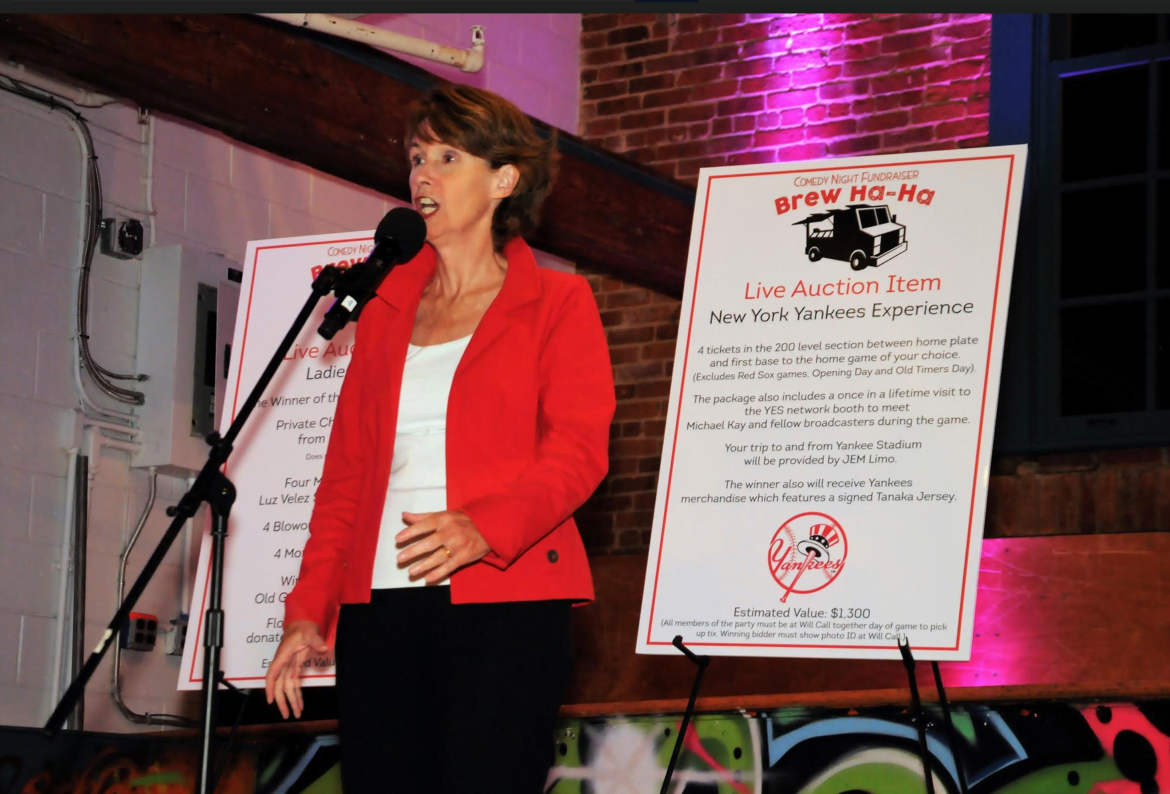