By John Collins and Leslie Yager

At the end of the day there were winners, but the Pinewood Derby was just as much about making something with your hands and modeling sportsmanship as it was about fast cars.

And while the past few years the derby has been held at the Greenwich Police station, this year the boys and their families were hosted by Miller Motorcars in the Ferrari showroom! With a row of fast cars lining the race course, the theme was hard to miss.

When it came to “Best in Show,” Landon Ristau’s car was light-years ahead of the pack. When Steve Warzoha announced the winner, Landon had a chance to show his winning car to the crowds.

Landon’s mom, Jenny, said she encouraged her son to actually take some time to learn about physics, kinetic energy, and what would make a good design. After that, the 7-year-old sketched and designed the entire car himself, with his Dad, Matt, helping him put it together and make it work properly. It was encouraging to see the Ristau family so dedicated to what the Boy Scouts and their Pinewood Derby are really all about: learning, family bonding, and fun.

At the end of the event, each boy received a small trophy and a photo of a Ferrari, courtesy of Miller Motorcars.

The event is a long scouting tradition and Marc Ducret still has the blue car he made for the Pinewood Derby back in the 1970s when he entered for the first time at the tender age of 6. The way the competition works is Greenwich Cub Scouts (grades 1-5) with the fastest cars from their Pack get to compete. 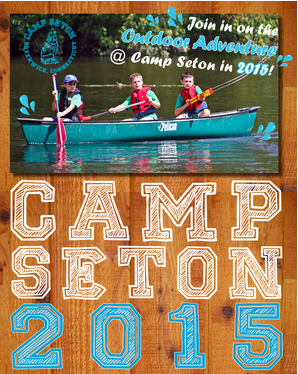 While the competition wheedles down a smaller group of competitors, hundreds of Greenwich Cub Scouts had a chance to design, build, decorate and race their cars at Camp Seton throughout January and February.

More information about Boy Scouts of Greenwich is available online. Summer Camp registration for Camp Seton is under way. There is an early bird discount in effect until April 15. 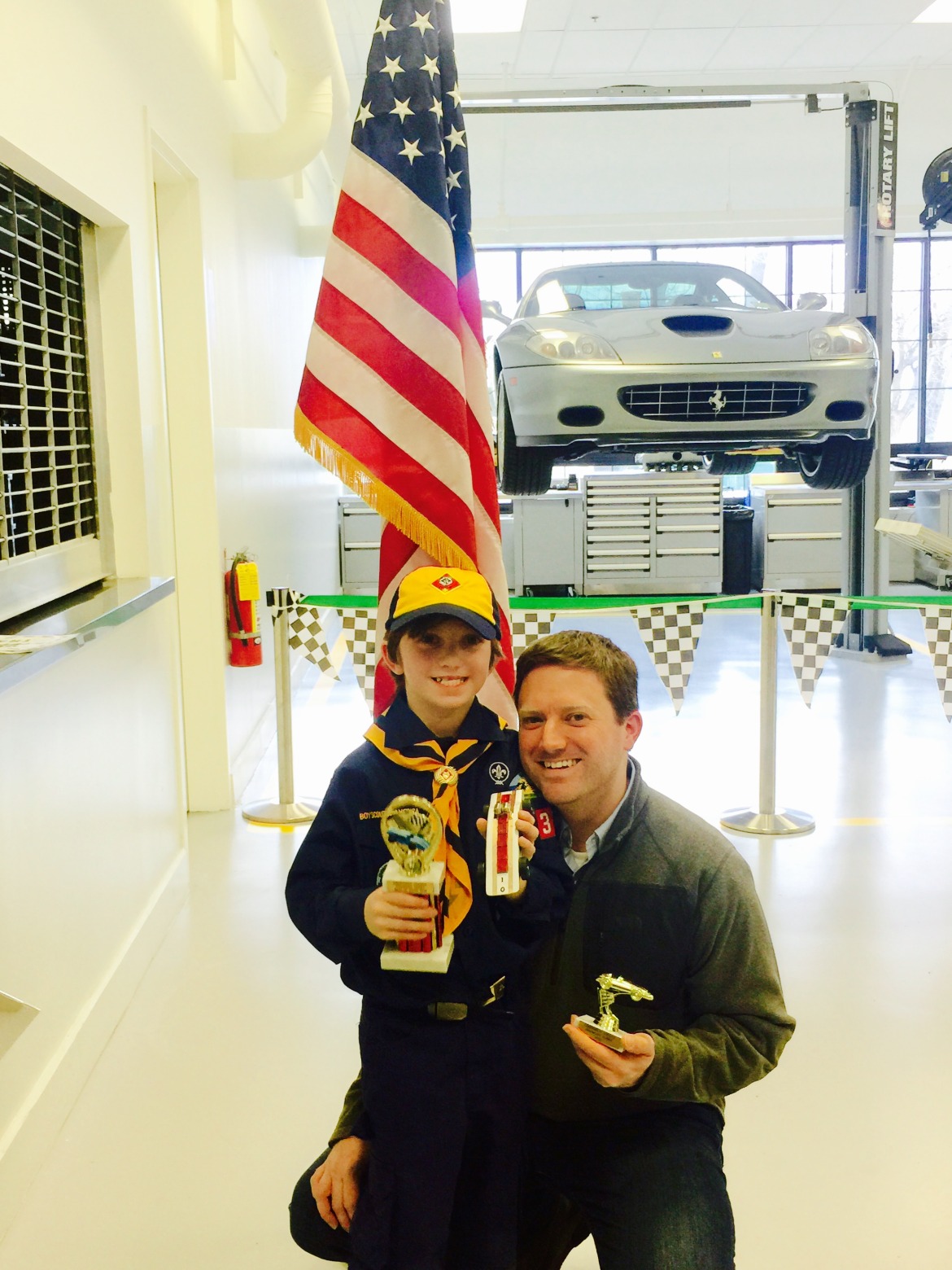 Landon and Matt Ristau with the Best in Show winner. Photo Jenny Ristau 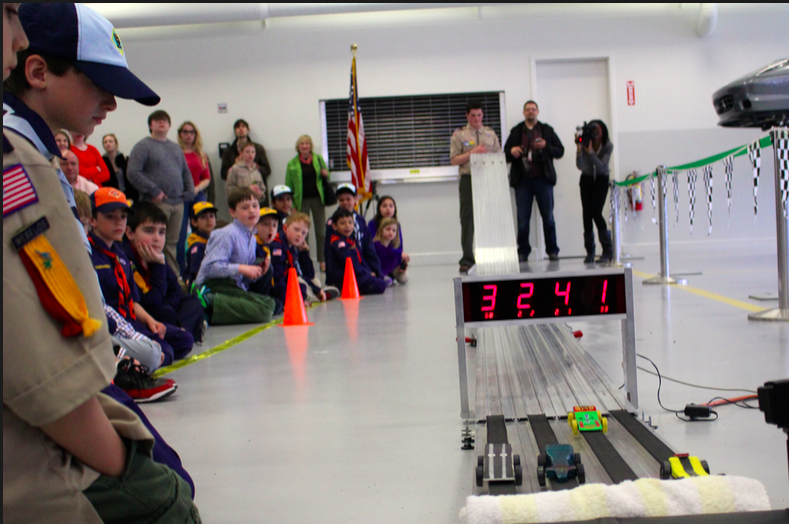 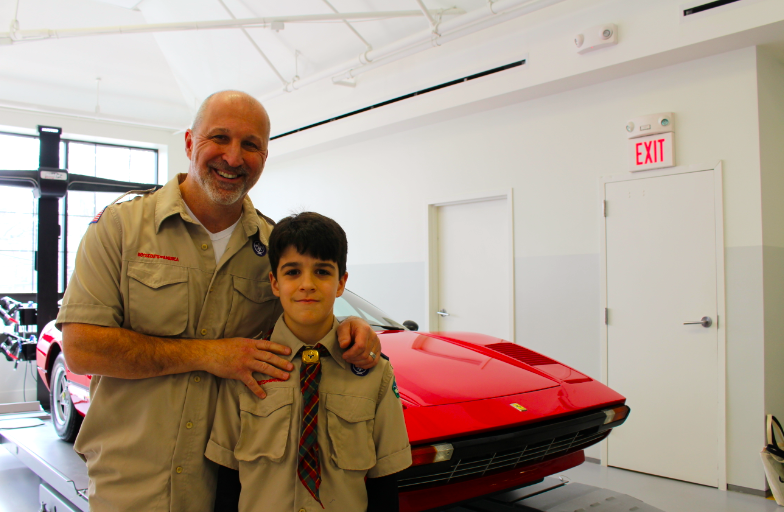 Carl Griffasi and his son Carl posed by a Ferrari before the competition began. Young Carl would go on to take first place. Credit: Leslie Yager 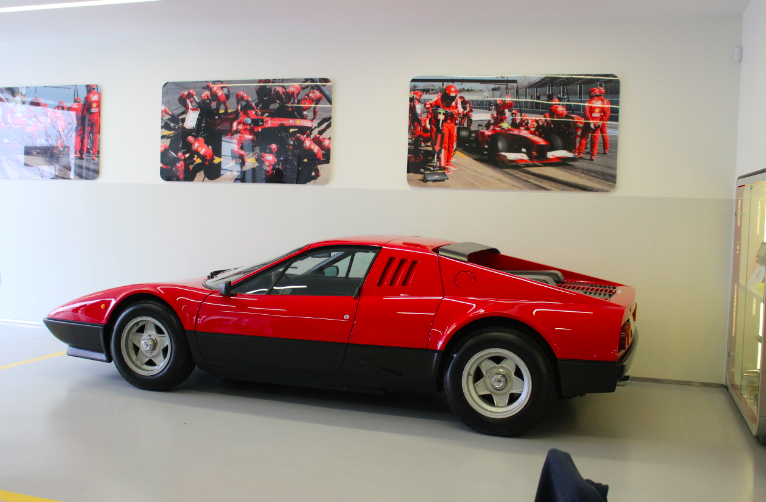 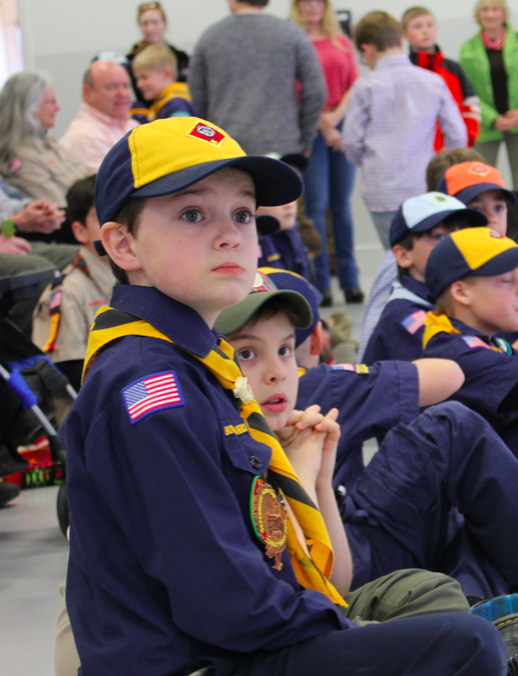 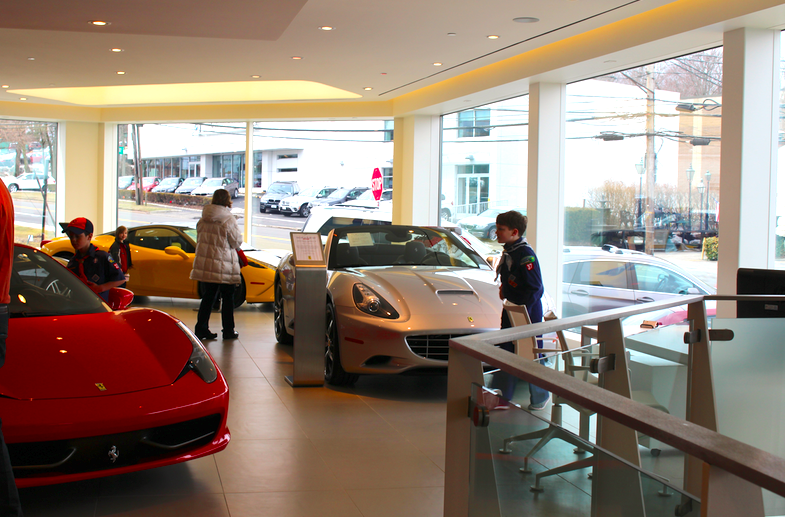 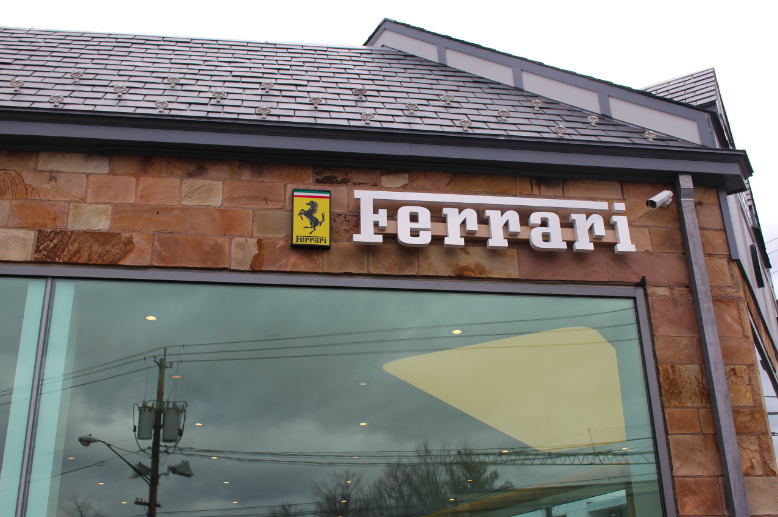 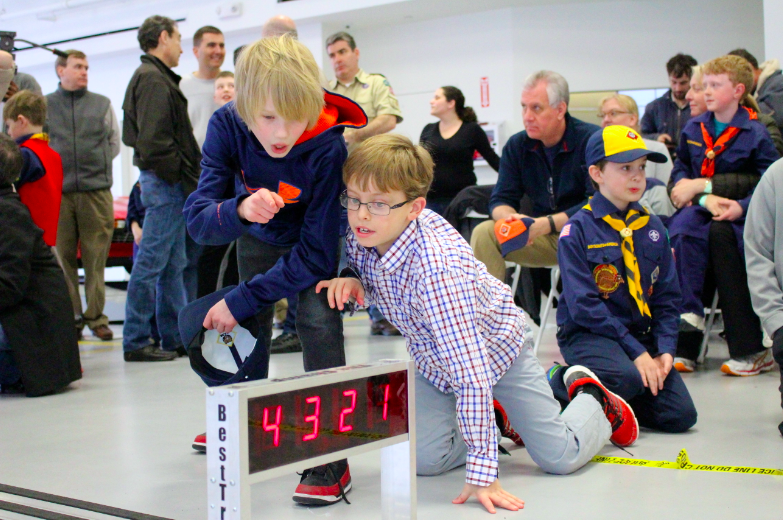 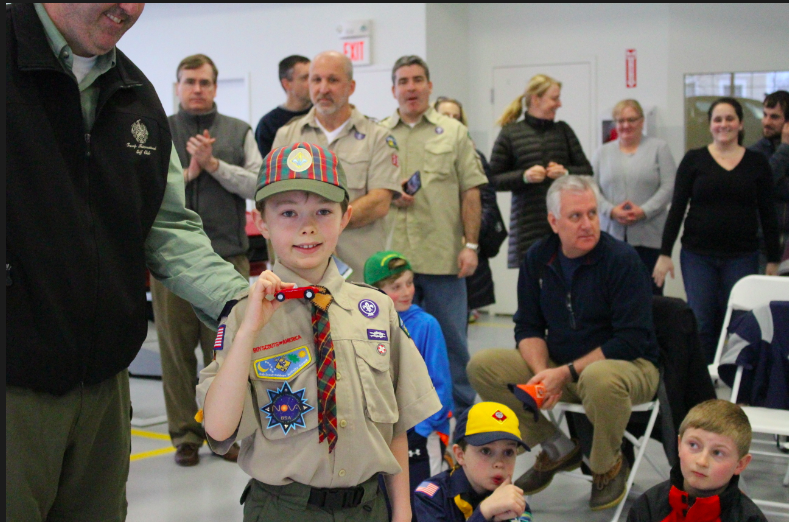 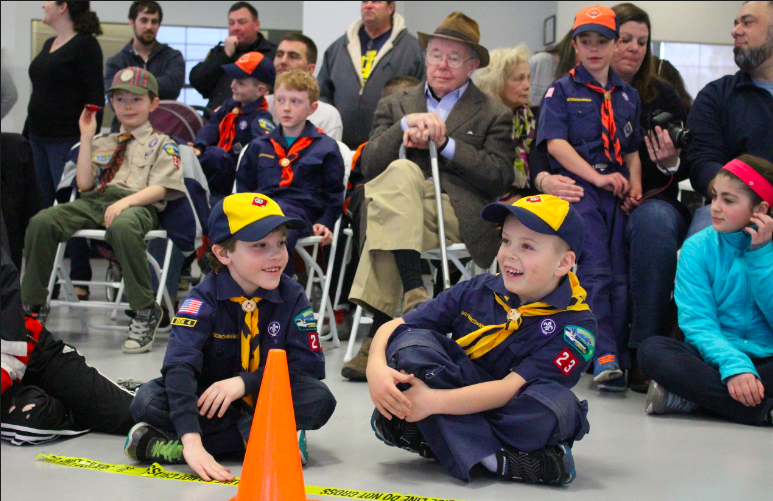 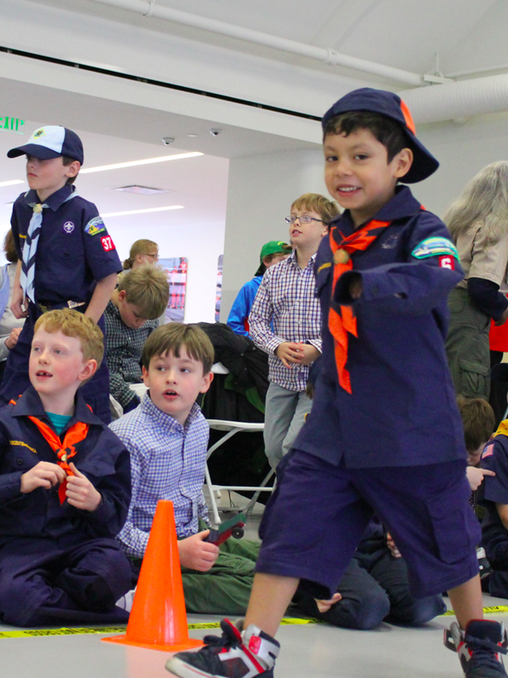 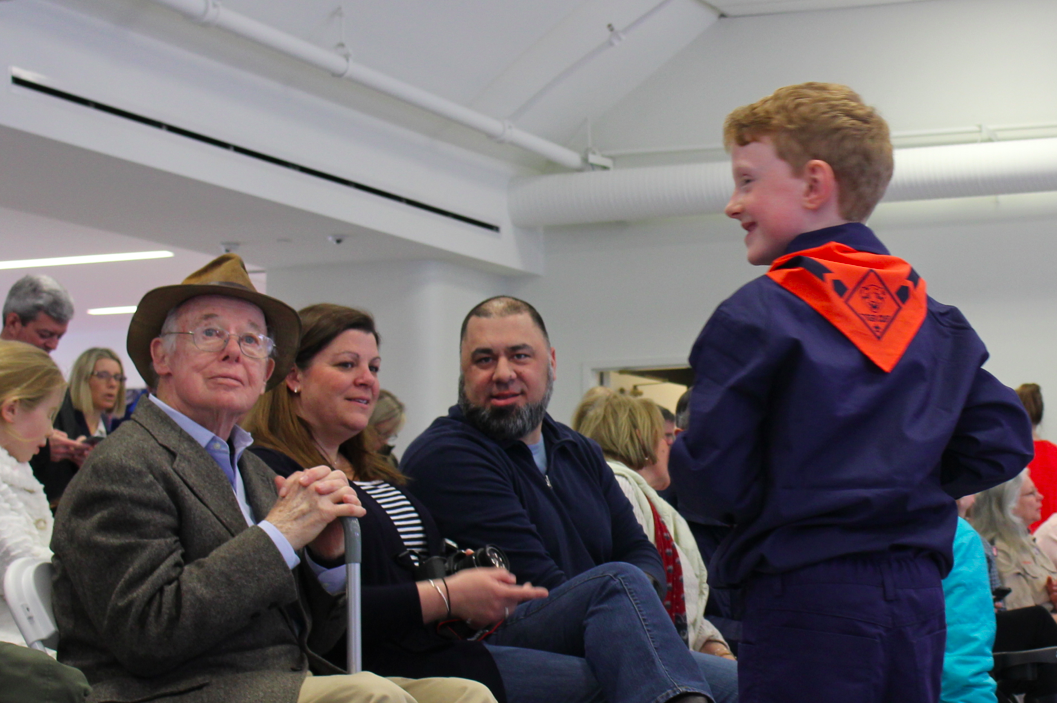 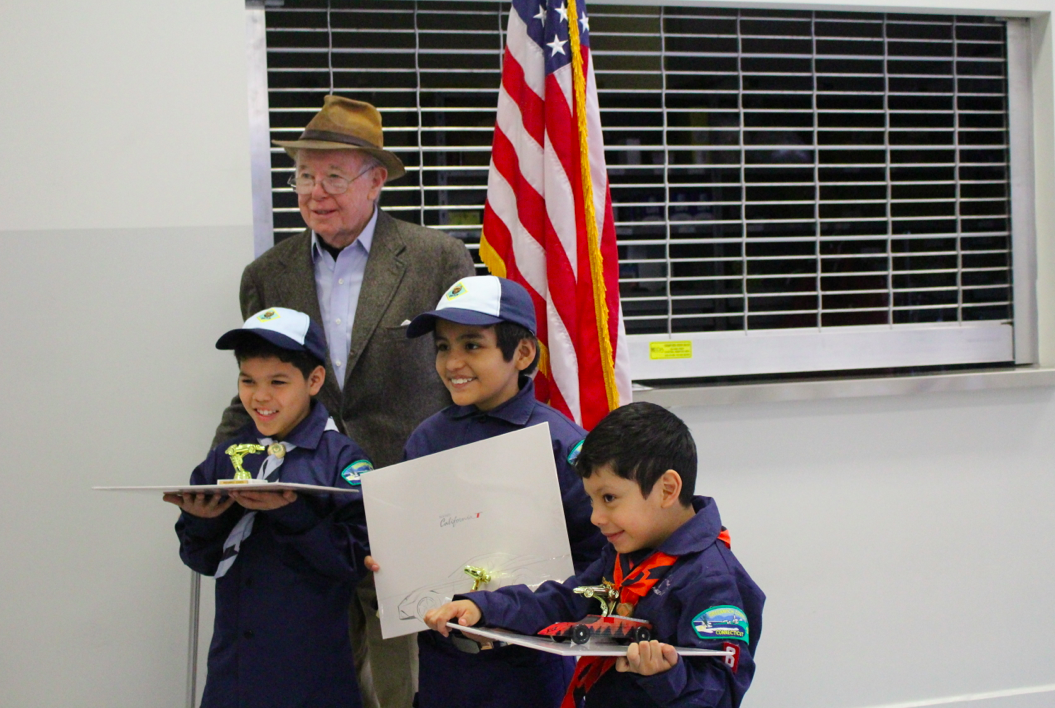 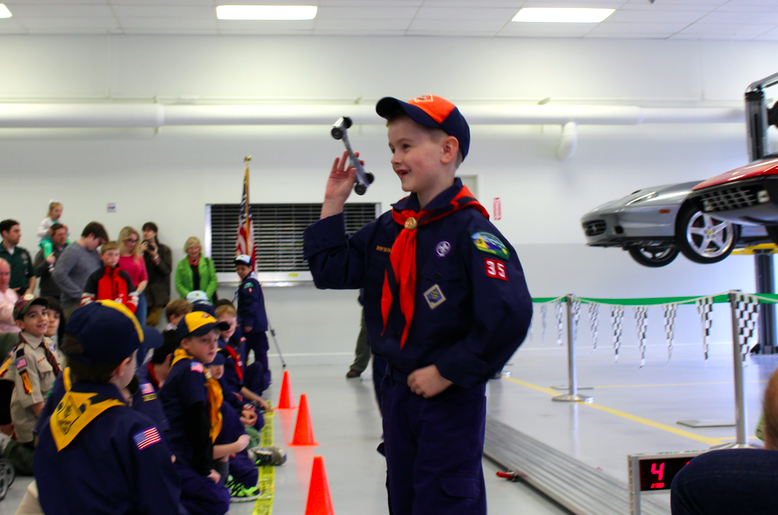 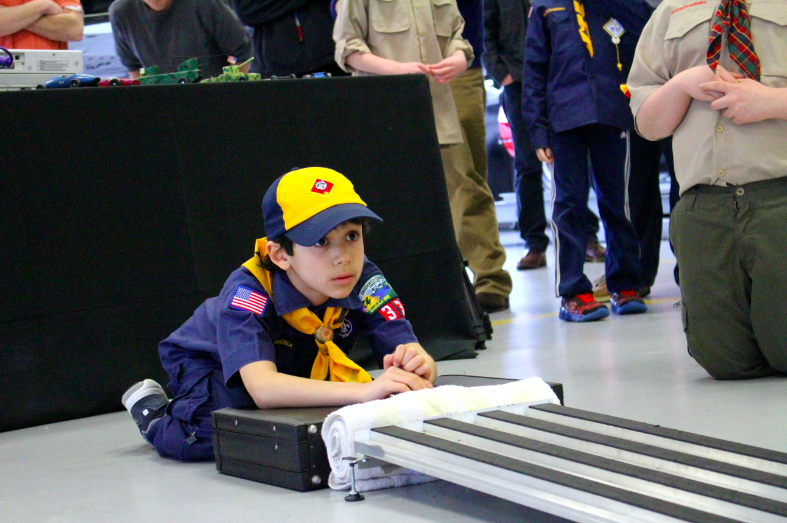 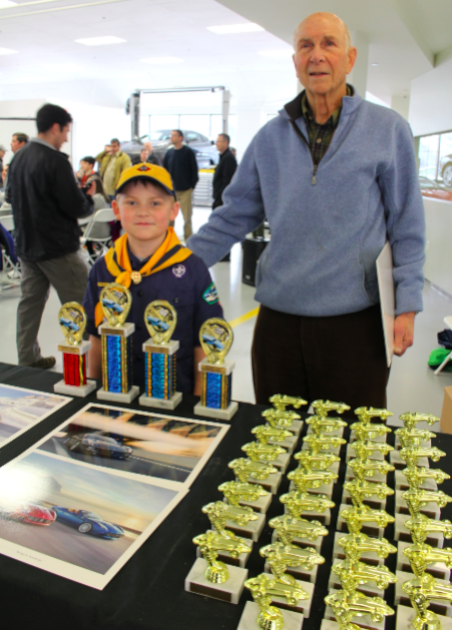 Drew Lane and his grandfather Harry Brooke admired the trophies just before the Pinewood Derby kicked off at Miller Motorcars Ferrari dealership in Greenwich on Sunday. Credit: Leslie Yager