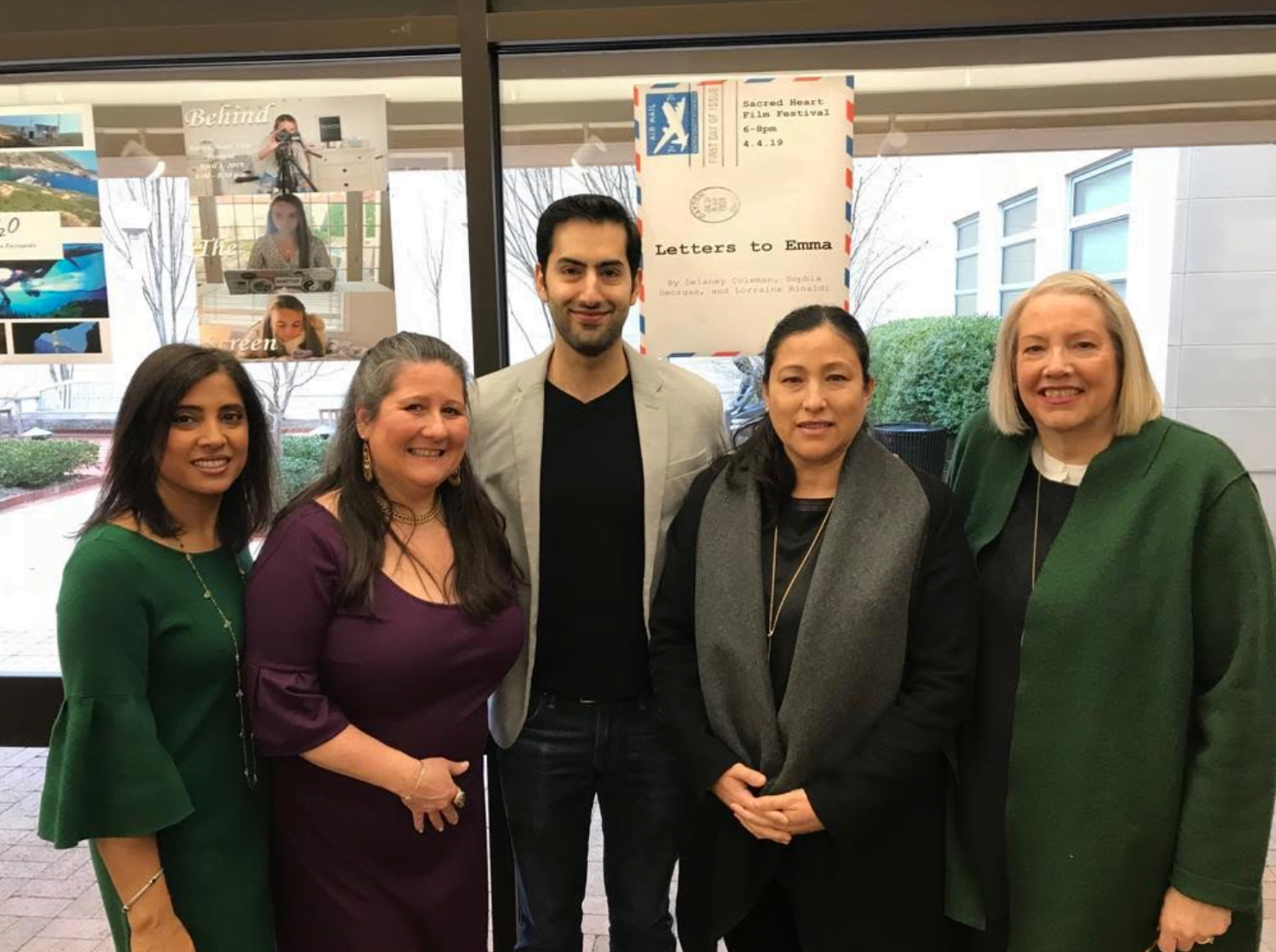 The following awards were presented on March 25:

Animation: 1st place to Olivia Andrews for Against the Clock.

Creative:  1st to Evan Miller for Business School;  2nd to Elisa Taylor for Special Day; and 3rd to Roxanne Kassapidis & Lorraine Rinaldi for Just Relax; Honorable Mention Catherine Baranello and Sarah Boutelle for And Then There Were None.

Documentary: 1st to Catherine Hamilton and Margo Muccia for Choosing Red, White, and Blue; 2nd Place-Tie to Lily Brown and Katelin Ulmer for Legacy Football, and to Gracie McDevitt for New Normal, and to Piper Gigi Gervais and Van Wagenen for Makeup by Lila;  and 3rd Place-Tie to Clementine Marcogliese for The Real Deal, and to Sofia Pye for It’s the Play, and to Grace Gasvoda, Erin Griffin, and Kaitlyn Langer for Life of a Director.

Social Action: 1st to Ava Cobb and Grace Gasvoda for The Real News; 2nd to Delaney Servick and Isabella Stewart for Use Your Head; and 3rd place to Michala Rogers and Elisa Taylor, At What Cost?; Honorable Mention – Georgia Ferguson, Kate Murray, and Daniella Tocco for The Future Is Now.

Experimental: 1st to Lily DeConcini for Solid Plank; 2nd Place-Tie to Jackie Prata and Daniella Tocco for Rewind, and to Jake Guastafeste, Tucker Poux, Julianna Luis, Arianna Edwards, and Olivia DeMeo for Doomsday: The Truth;  and 3rd place to Georgia Ferguson, Kate Murray, and Daniella Tocco for The Future is Now.

Best Environmental Message:  Award presented to Gabby Petrizzo for One.

Best of Festival:  to Catherine Hamilton and Margo Muccia for Choosing Red, White, and Blue.

Each film was evaluated on a rubric standardized to conform with principals of film quality, elements, technical skill, creativity, and knowledge of subject matter.

The films were judged by media professionals, including screenwriter/producer Alicia Pipher and director/producer Jeff Spaulding, each of whom parent Greenwich high school students. After scores were tabulated, the Best of Festival Film was selected by filmmaker/actor and keynote speaker Kabir Chopra from the 1st place winners of each genre.

The festival now is run by Greenwich Botanical Center in partnership with Greenwich Library, Avon Theatre Film Center, and Greenwich Arts Council. The Junior League of Greenwich successfully launched this project in 2011-12 and transitioned it to the community in 2016.

“Each non-profit partner helps to play a role in this festival’s vital growth supporting our area youth. For example, Avon Film Center provided complimentary theatre tickets as prizes for each winning filmmaker,” said GBC Board President, Meg McAuley Kaicher, who co-chaired this year with GBC Board Member Bharti Chojar. “Students use media for storytelling with impact: several environmental messages were powerfully conveyed through some of this year’s social action and documentary films.”

The festival reaches out regionally through Fairfield, Westchester and adjoining counties. Awards were presented to students in attendance from Convent of the Sacred Heart, Byram Hills High School, and Briarcliff High School.

Greenwich High School students Marina Zelenz and Will Reilly participated as interns for GYFF19, providing community service hours to organize digital registrations as well as photography and video logistics for the Awards evening. Since last year, GYFF has communicated with multiple community partners to expand its reach, touching underserved students as well as those engaged already in filmmaking programs.

“Our students can build credibility; we reach out to over 100 schools and share cutting-edge filmmaking, media, and entertainment resources from multiple industry experts relevant to students considering further study or engagement with the broad array of jobs in the media and entertainment fields,” said Chojar.

An encore screening of this year’s winning films will be held at Greenwich Arts Council, 299 Greenwich Avenue, on May 22 at 6:00pm.

An industry panel of experts for teachers, parents and students is being planned at GBC for September 2019.