Today, street art has traveled to nearly every corner of the globe, evolving into a highly complex and ornate art form.

In the first exhibition of its kind for Greenwich, Beyond Street Art brings the explosive energy of the street to Flinn Gallery, on exhibit through March 7, 2018.

Curated by Ruth Sutcliffe, the exhibition features the work of five acclaimed artists whose work is intricately linked to the urban environment: Swoon, Lady Pink, Billy the Artist, Paul Deo and Blake Jamieson.

Street artists will often work in studios, hold gallery exhibitions or work in other creative areas: they are not anti-art, they simply enjoy the freedom of working in public without having to worry about what other people think. 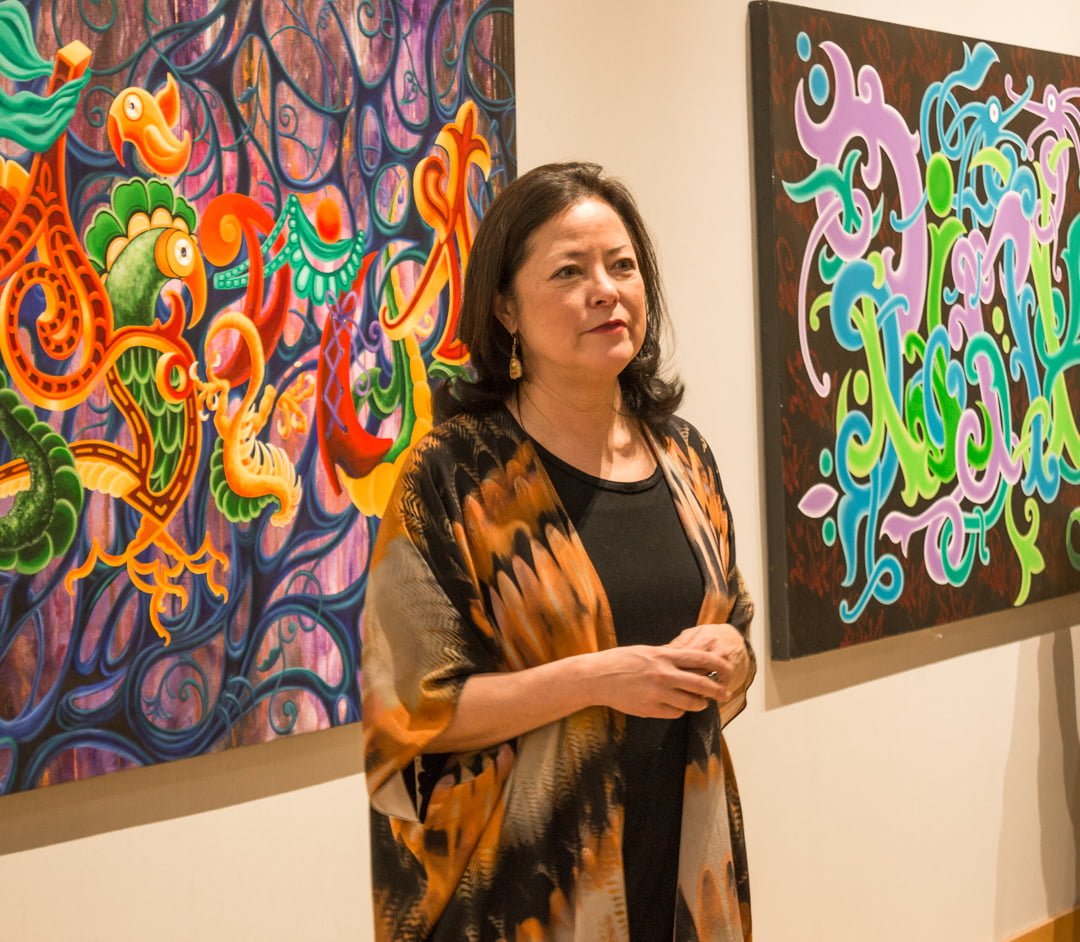 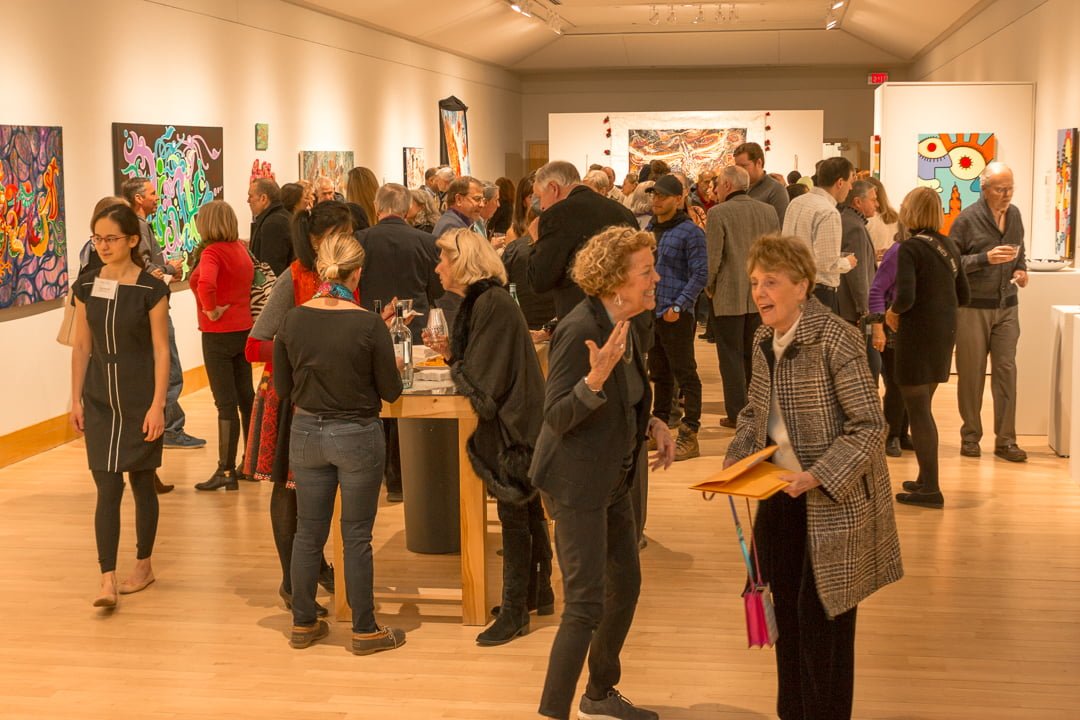 Flinn Gallery brings to the fore an important aspect of current art practice and one that has influenced acclaimed artists of the past.

Bursting with a supercharged array of voices, the exhibition showcases the movement’s range and impact, its freshness, dynamism and continuing relevance. 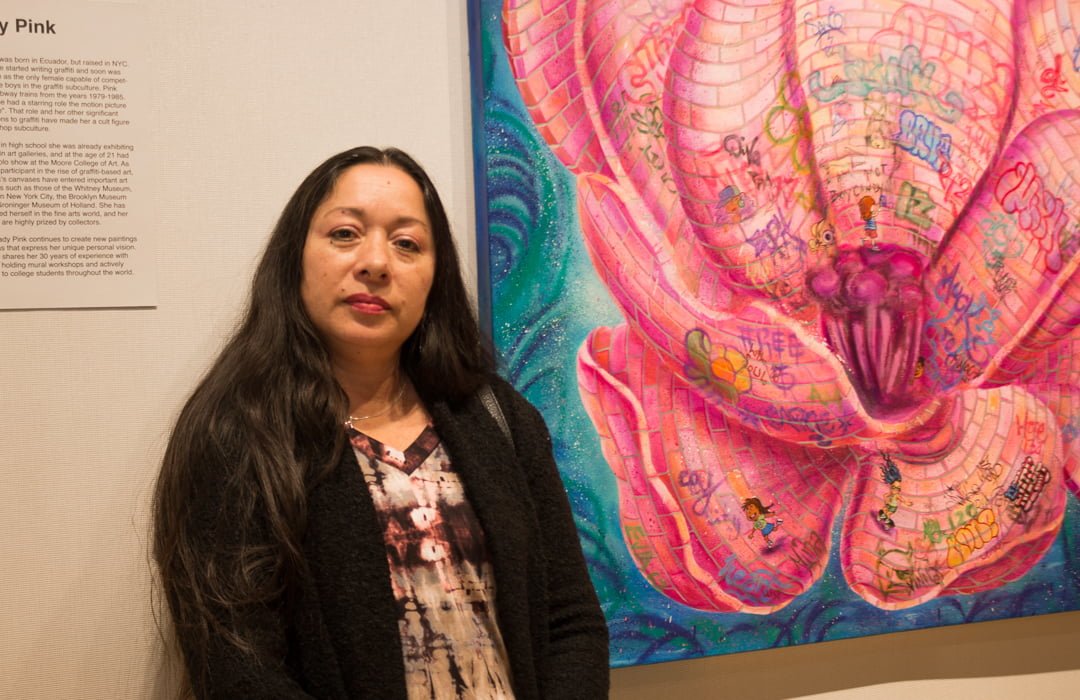 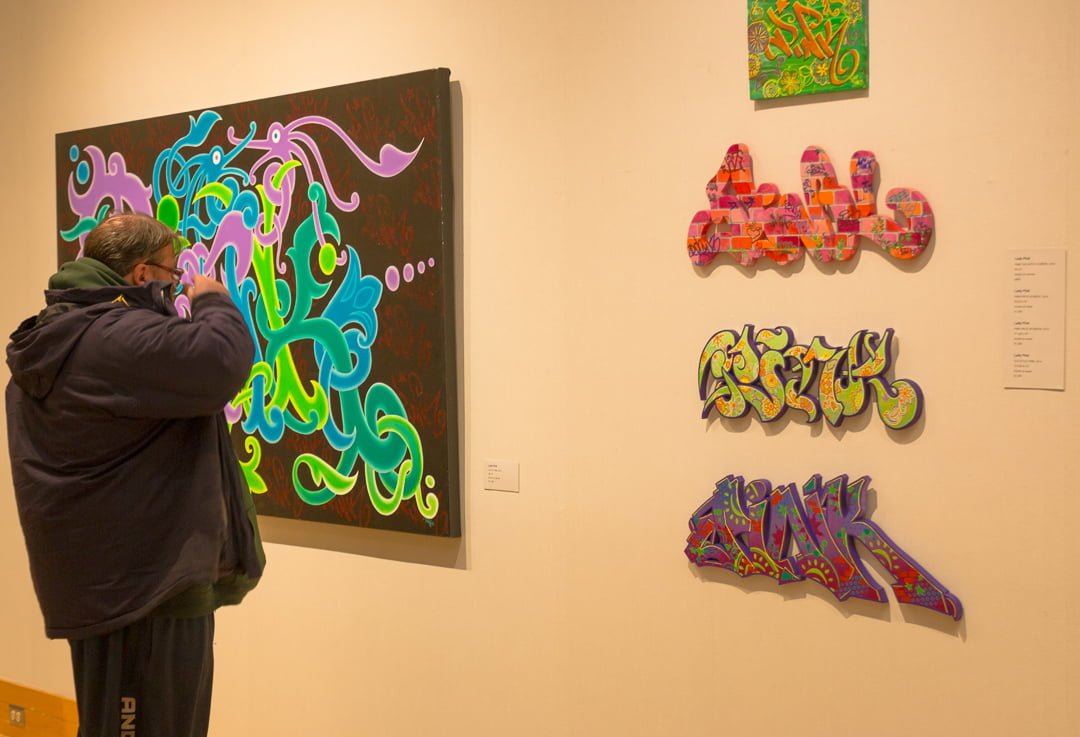 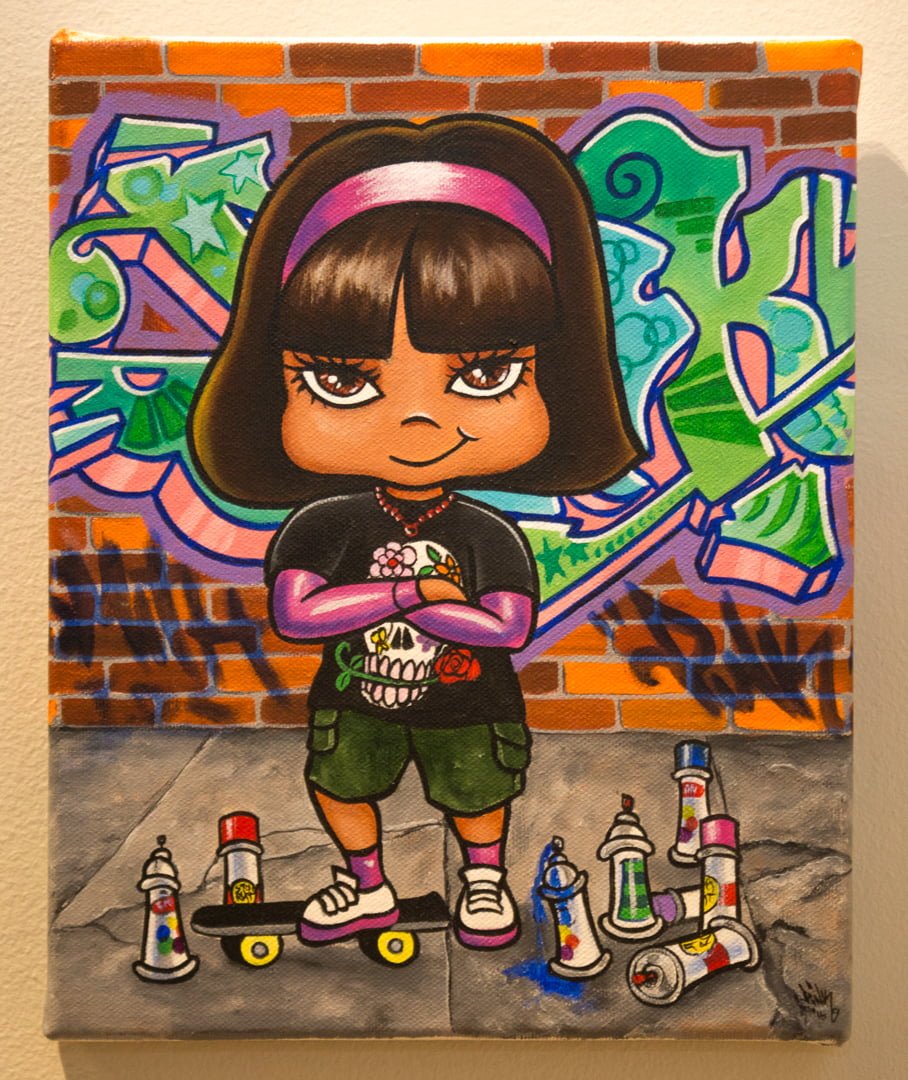 As a leading participant in the rise of graffiti-based art, Lady Pink’s canvases have entered important art collections such as those of the Whitney Museum, the MET in New York City, the Brooklyn Museum and the Groningen Museum of Holland.
She has focused her career on empowering women, using graffiti and murals as acts of rebellion and self-expression.

Lady Pink was born in Ecuador, but raised in NYC. In 1979 she started writing graffiti and soon was well known as the only female capable of competing with the boys in the graffiti subculture. Pink painted subway trains from the years 1979-1985. In 1982 she had a starring role the motion picture “Wild Style”. That role and her other significant contributions to graffiti have made her a cult figure in the hip-hop subculture. Today she continues to make activist graffiti based works and large-scale murals. 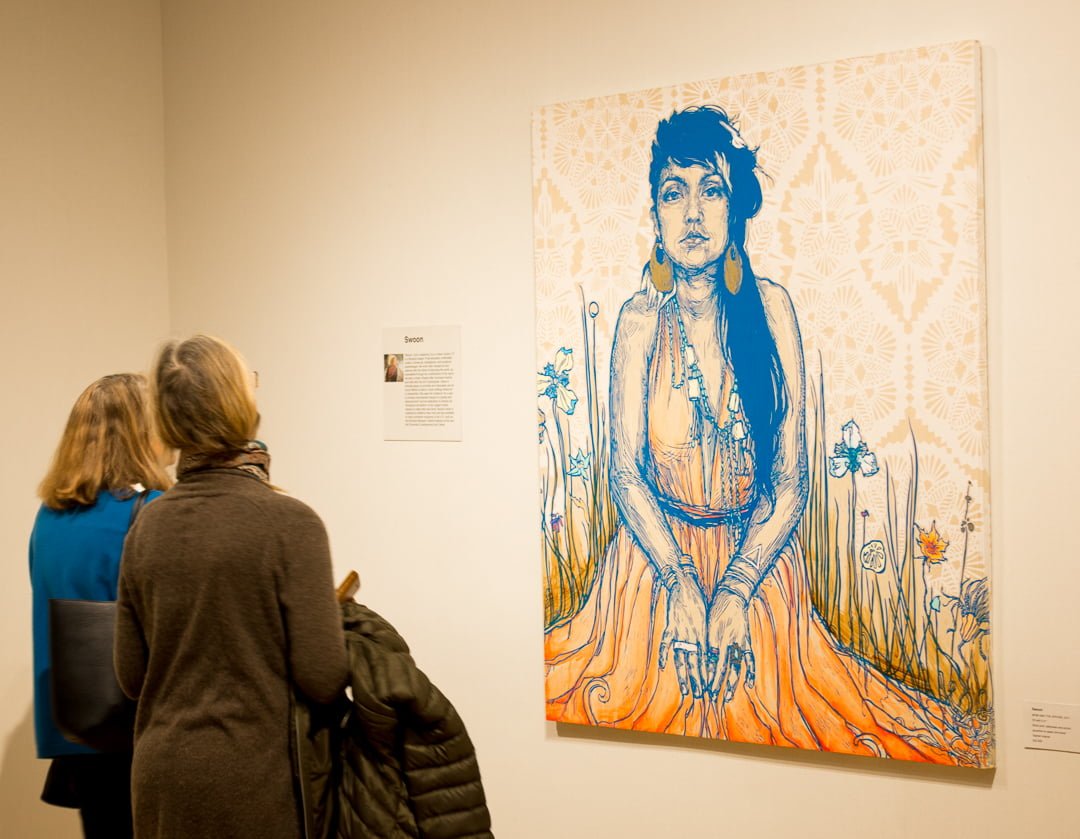 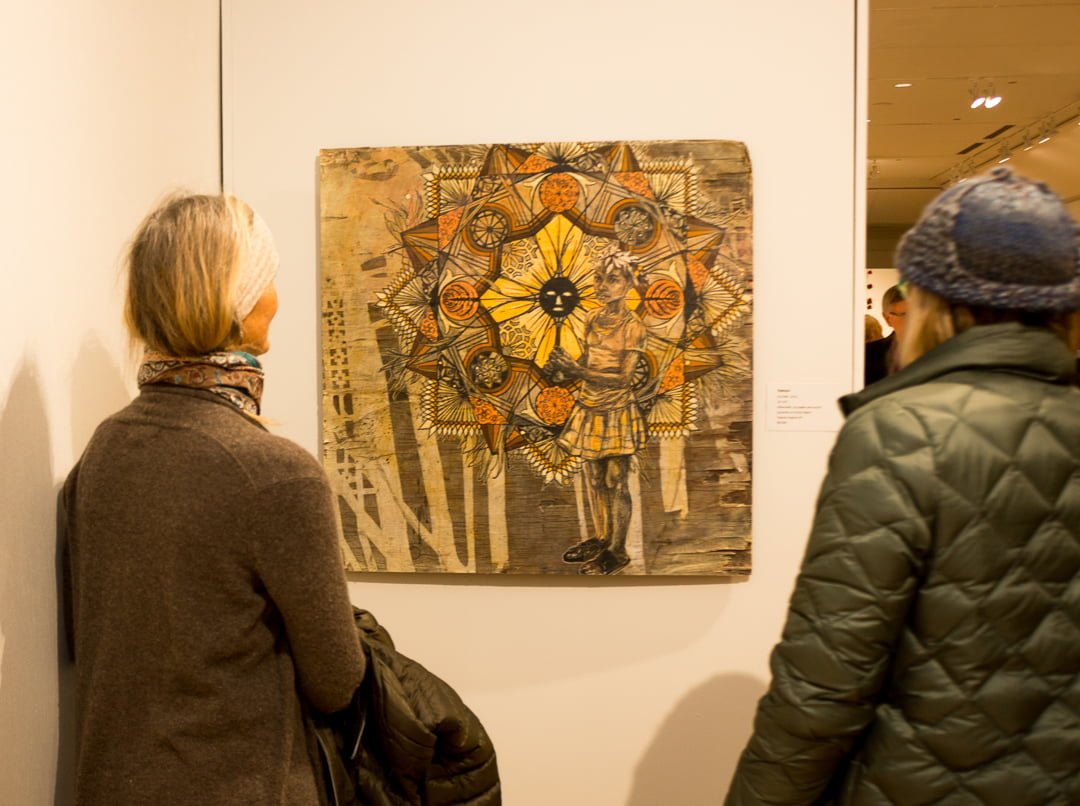 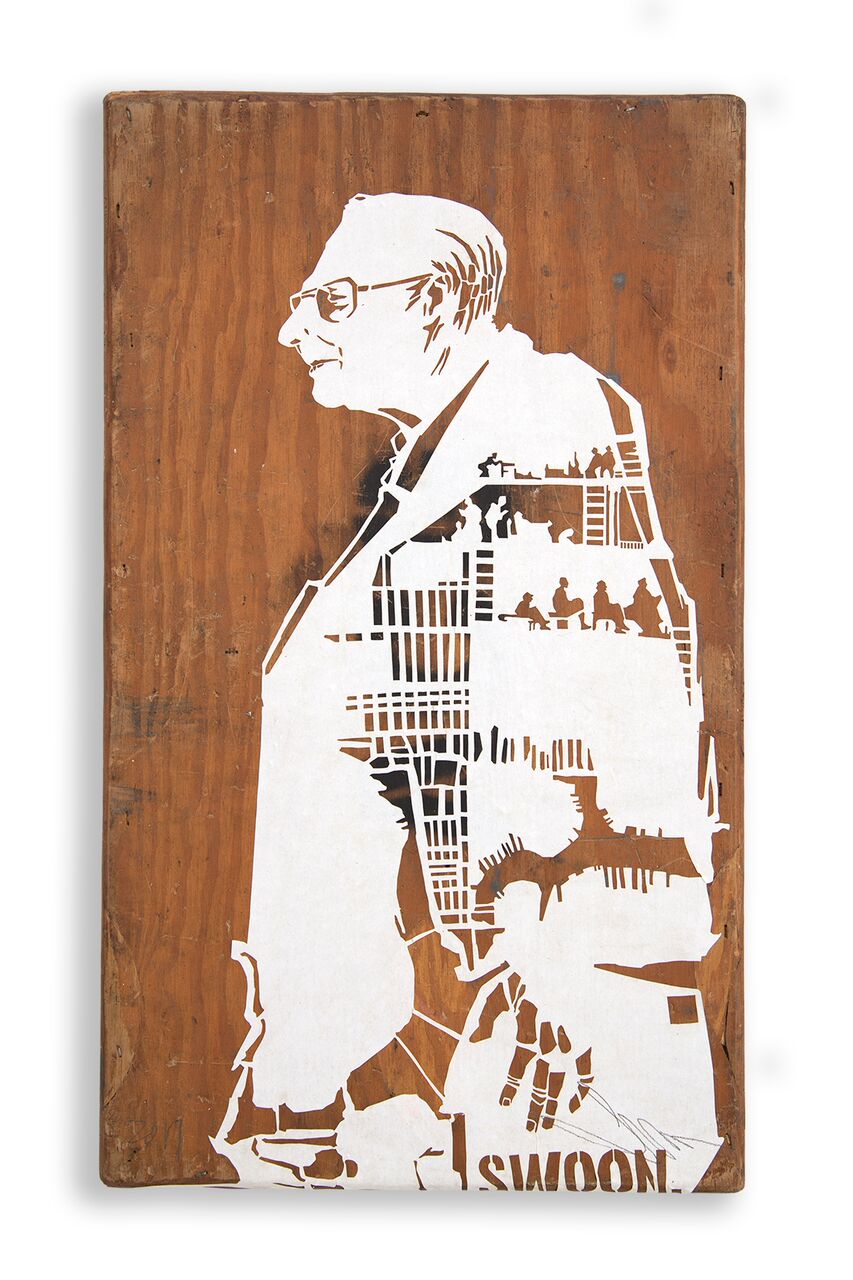 Swoon is a Brooklyn-based artist whose life-sized woodblock and cut-paper portraits hang on walls in various states of decay in cities around the world. She is also known as a designer of several large-scale installations.
Her pieces have been collected by of The Museum of Modern Art, The Brooklyn Museum of Art, and the Tate Modern.

She uses scavenged and local materials and embraces print media as method of action for social change. You can find her creations on trash cans, light poles, walls, doors, rooftops, and sidewalks within the city of New York; the figures have gained critical acclaim.

She has established herself in the fine arts world, and her paintings are highly prized by collectors. Cincinnati’s Center for Contemporary Art is currently hosting a major retrospective survey of her work (until Feb 25, 2018) 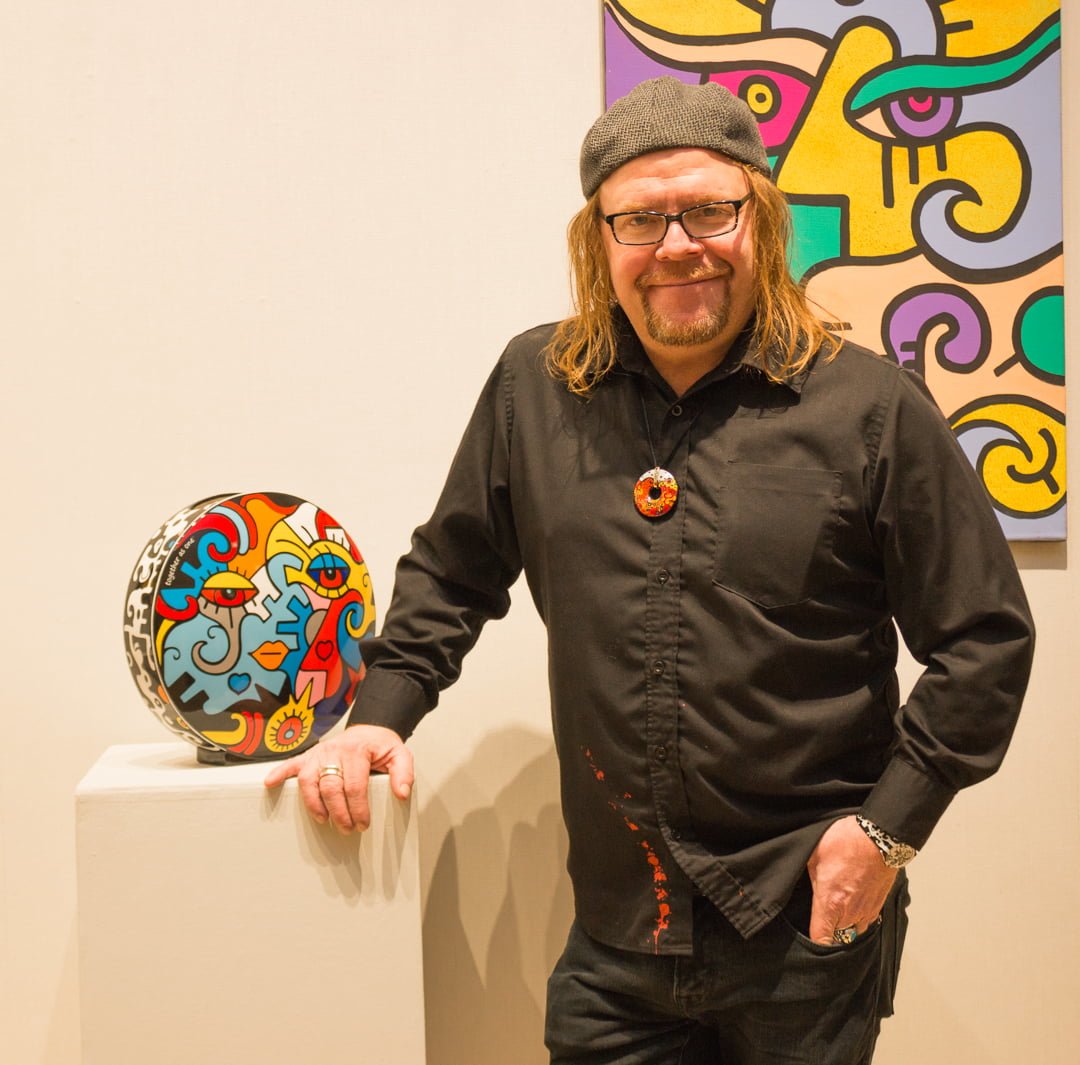 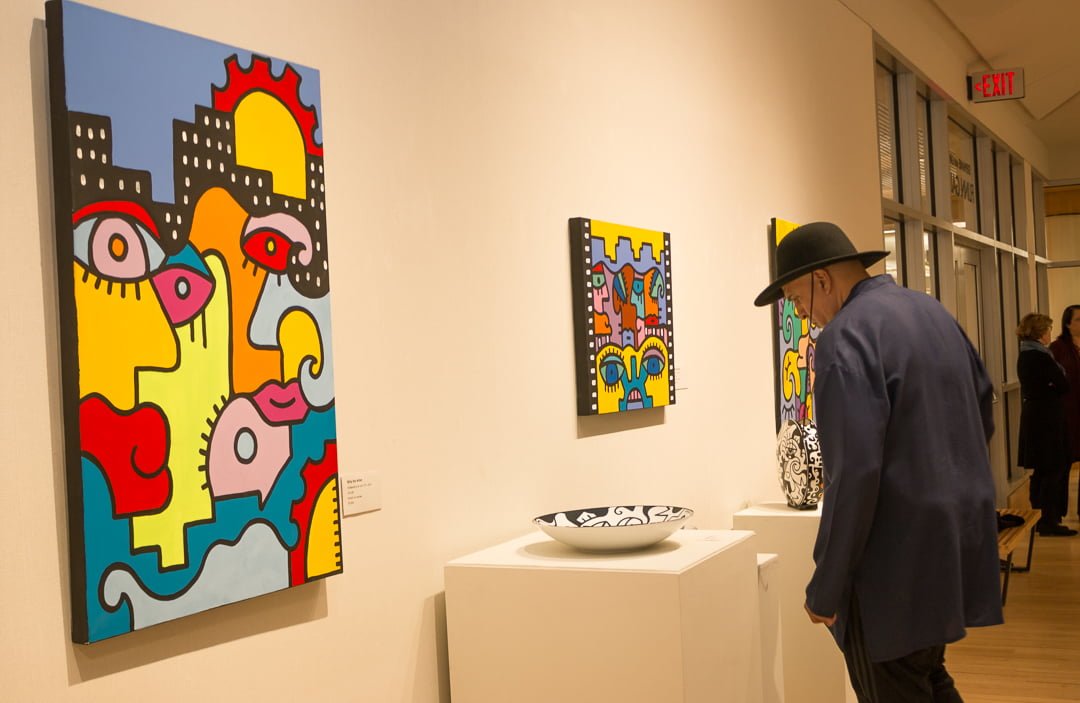 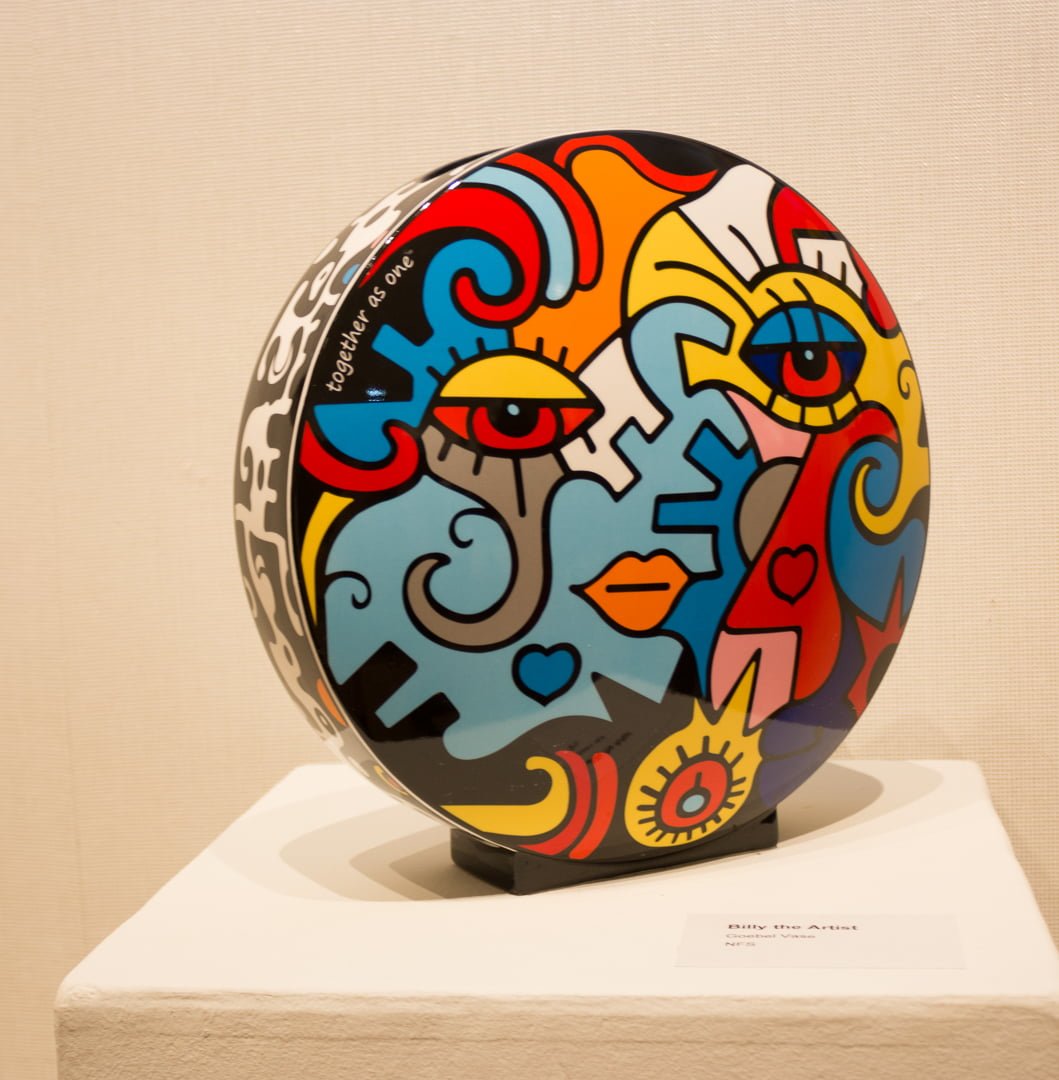 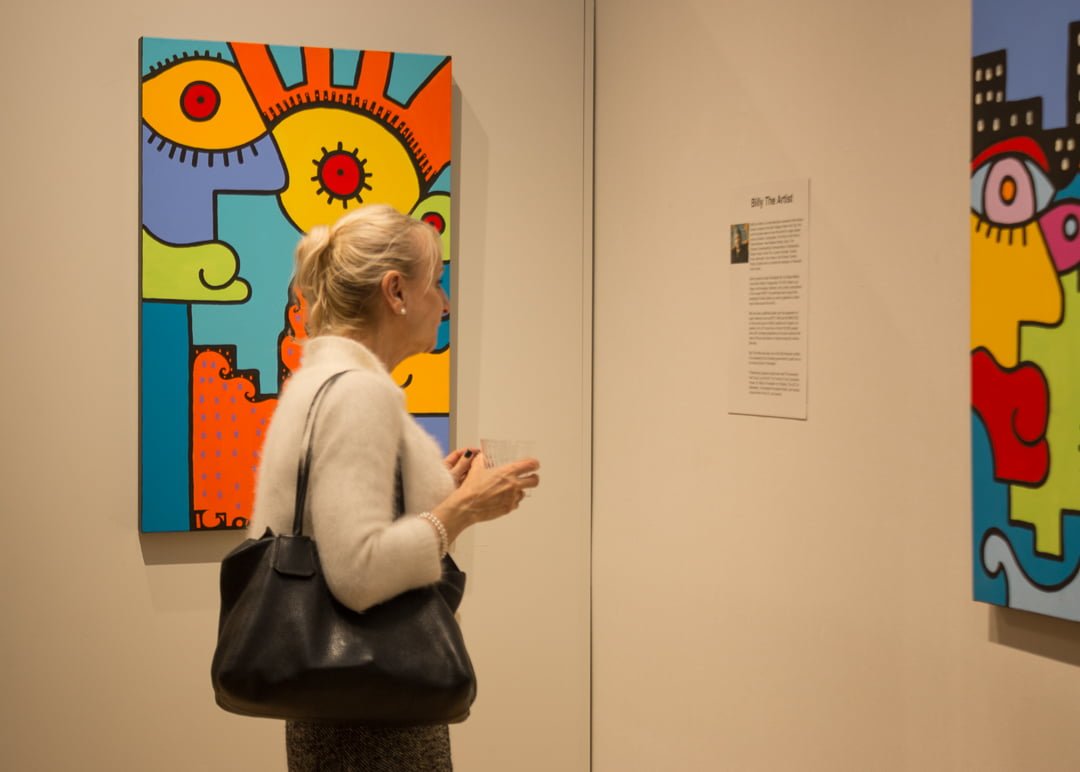 The artwork by Billy The Artist, internationally recognized pop artist is known for his eclectic style. The bright puzzle-like images explode in color and form. He wears many hats (mostly berets) as his projects and designs have been seen all over the world.
Arriving in the East Village in the 1990’s, “BTA” said, “I like to paint big… beyond canvases, applying pattern to guitars, race cars, watches, large scale murals, cows for CowParade and much more.” He has created a studio line with creative products for the home or office, with two examples at the gallery. Puzzle like images of faces, eyes and people that create a vibe of positive spirit and energy. 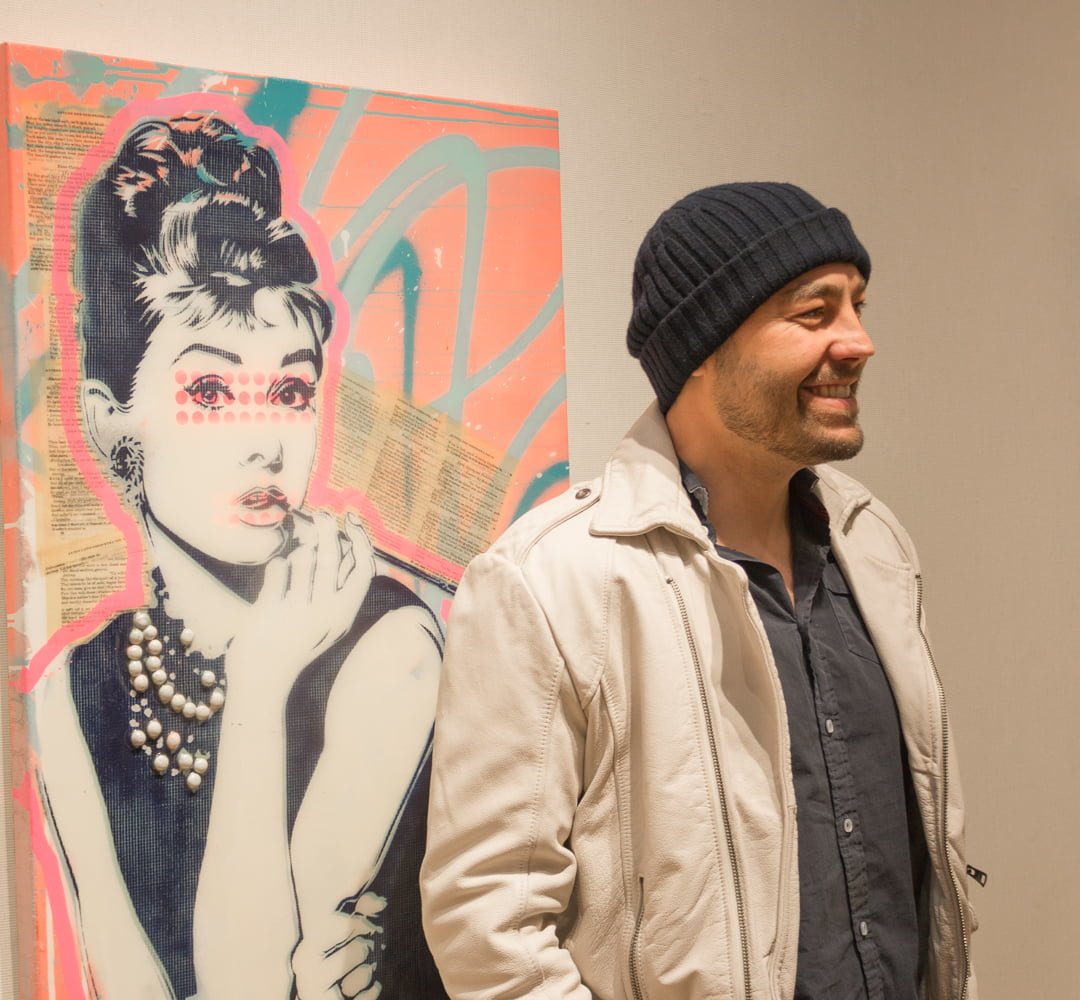 Blake Jamieson next to his portrait, Audrey. Photo: Karen Sheer 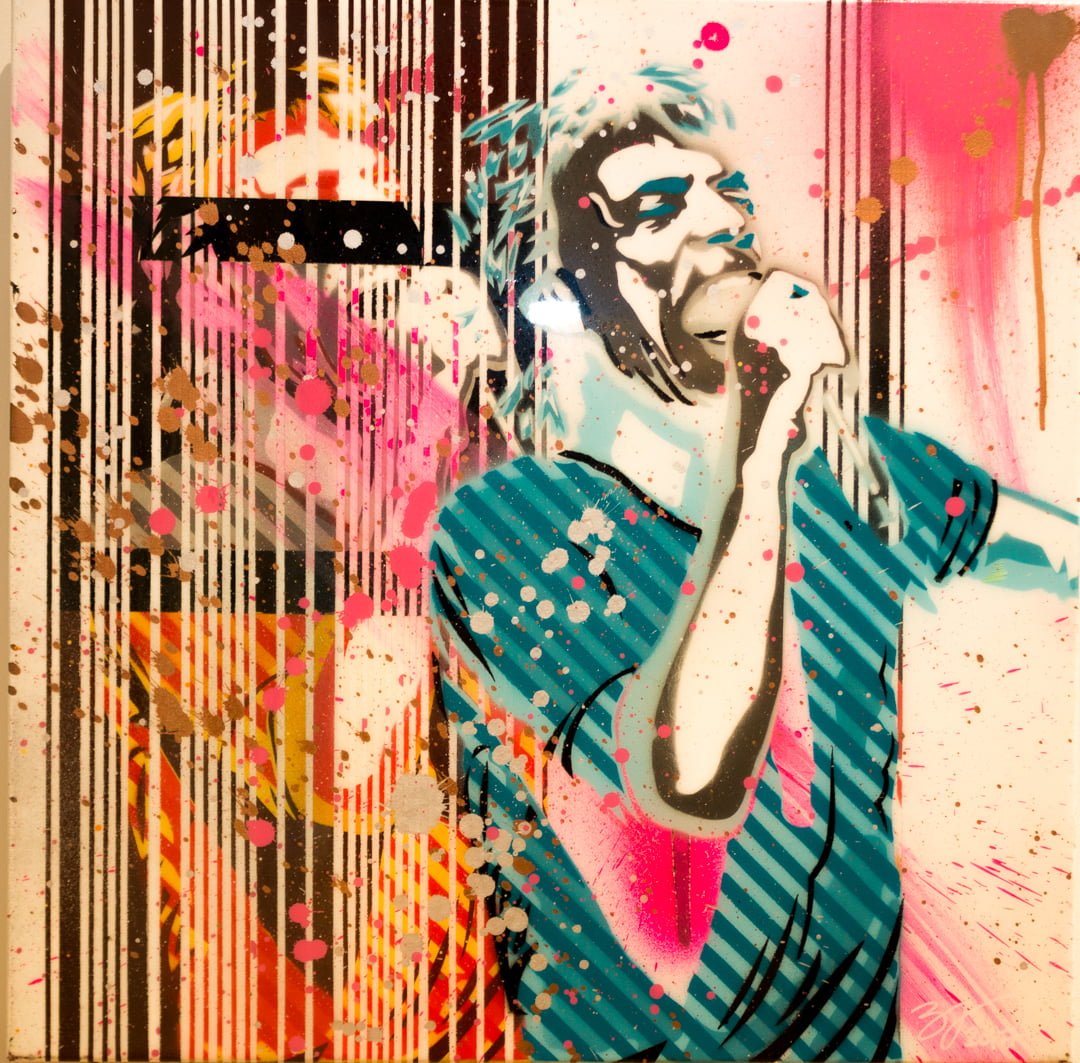 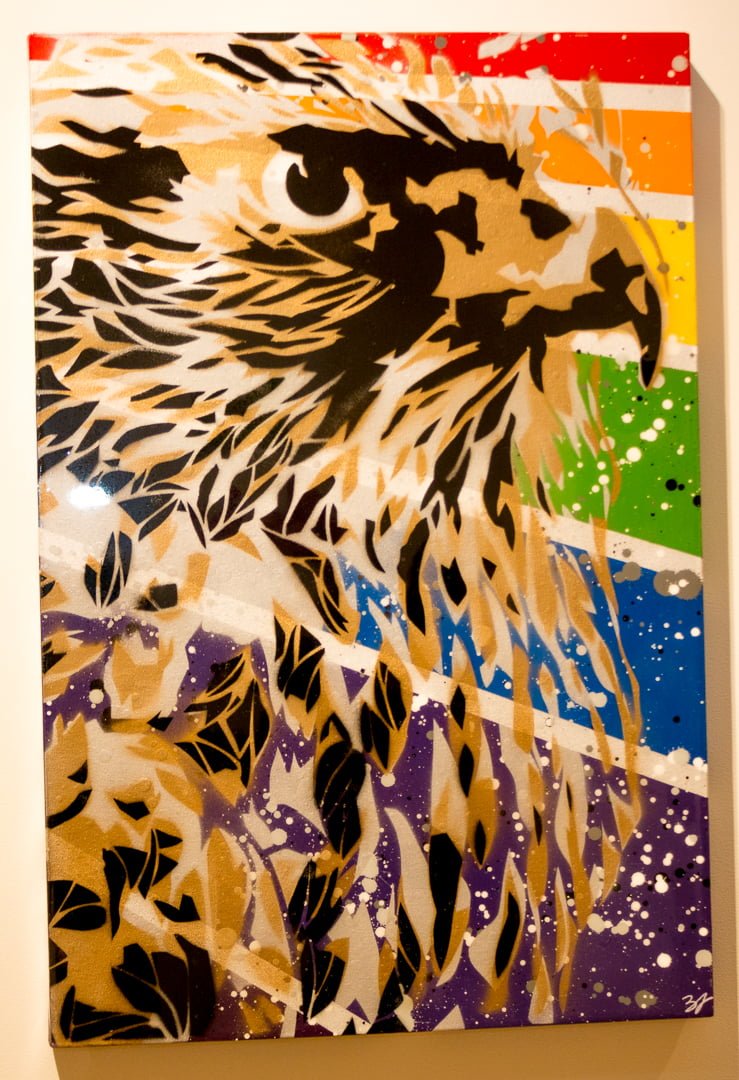 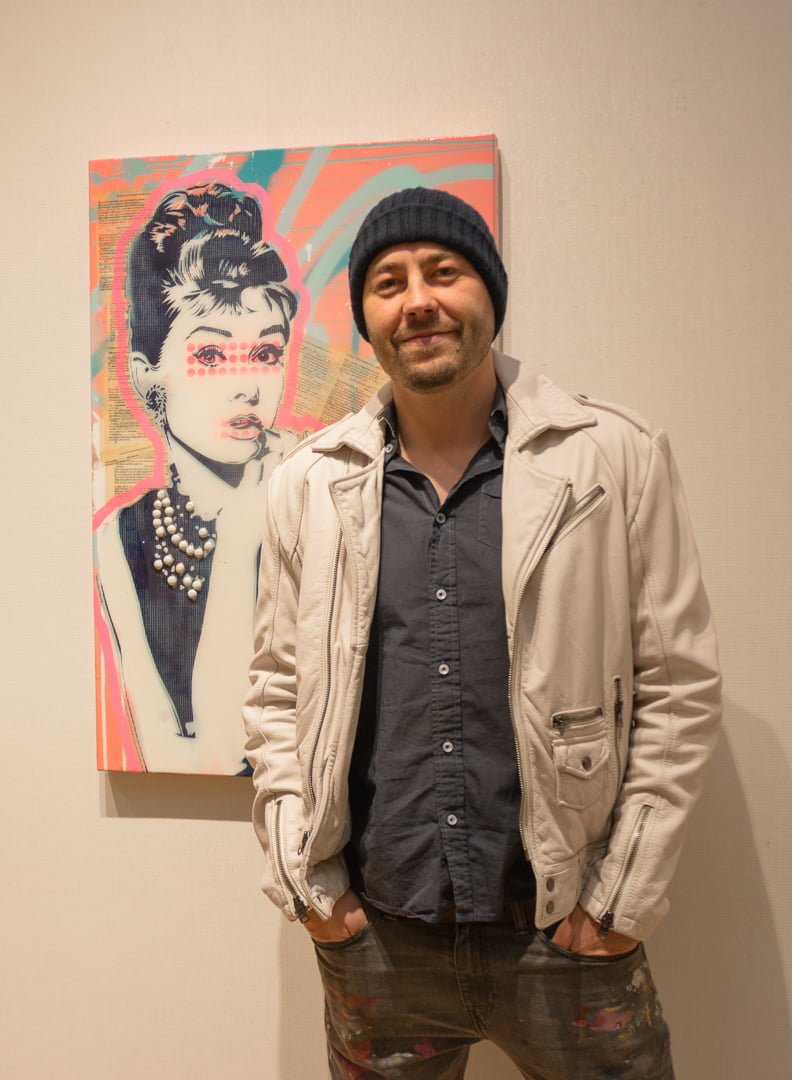 Influenced by graffiti artists and the rich street scene in Barcelona, emerging artist Blake Jamieson, a once digital marketer concentrates on portrait painting; exploring music icons. Lately, he explained, “I have been commissioned by numerous pro athletes to create portraitures.”

Jamieson uses stencils and spray paint to achieve his imagery. “I’ve been an artist my entire life, but it was not until early 2016 that I began painting full-time,” he said. 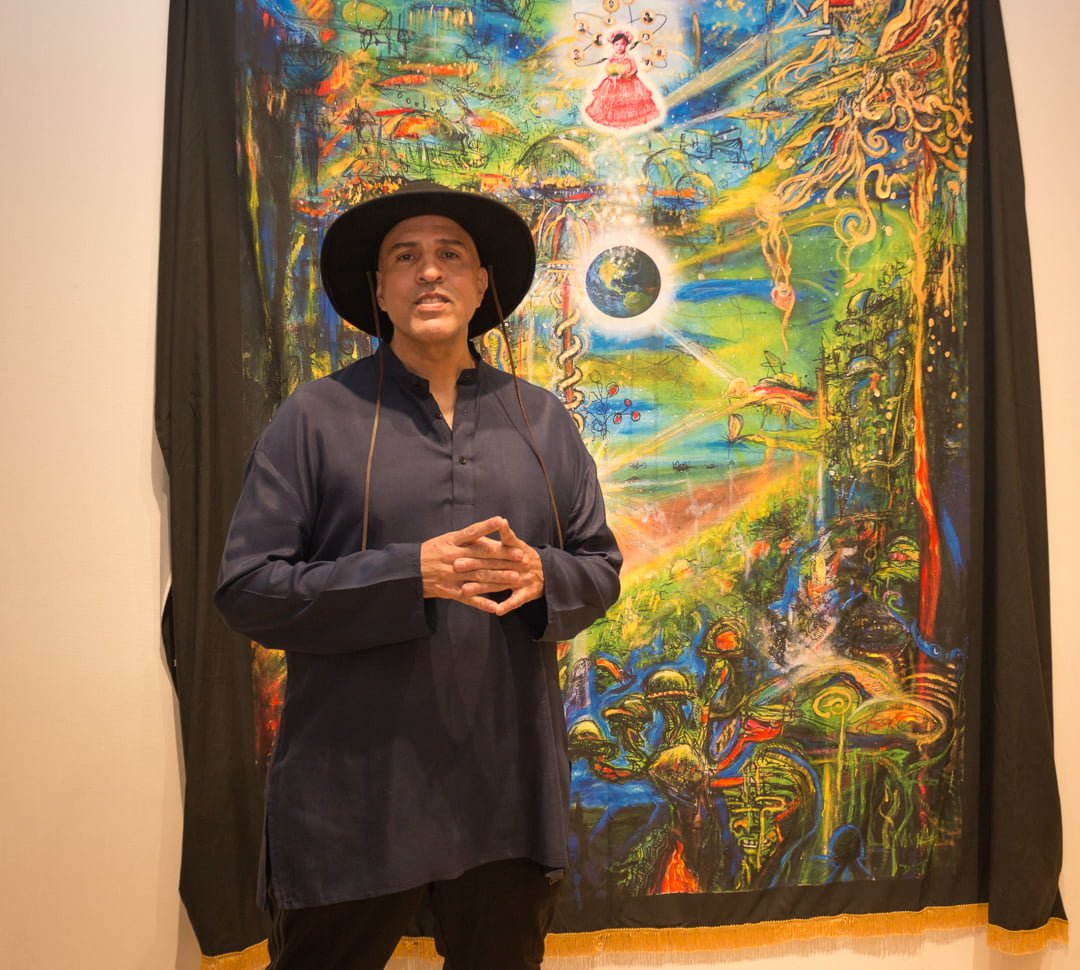 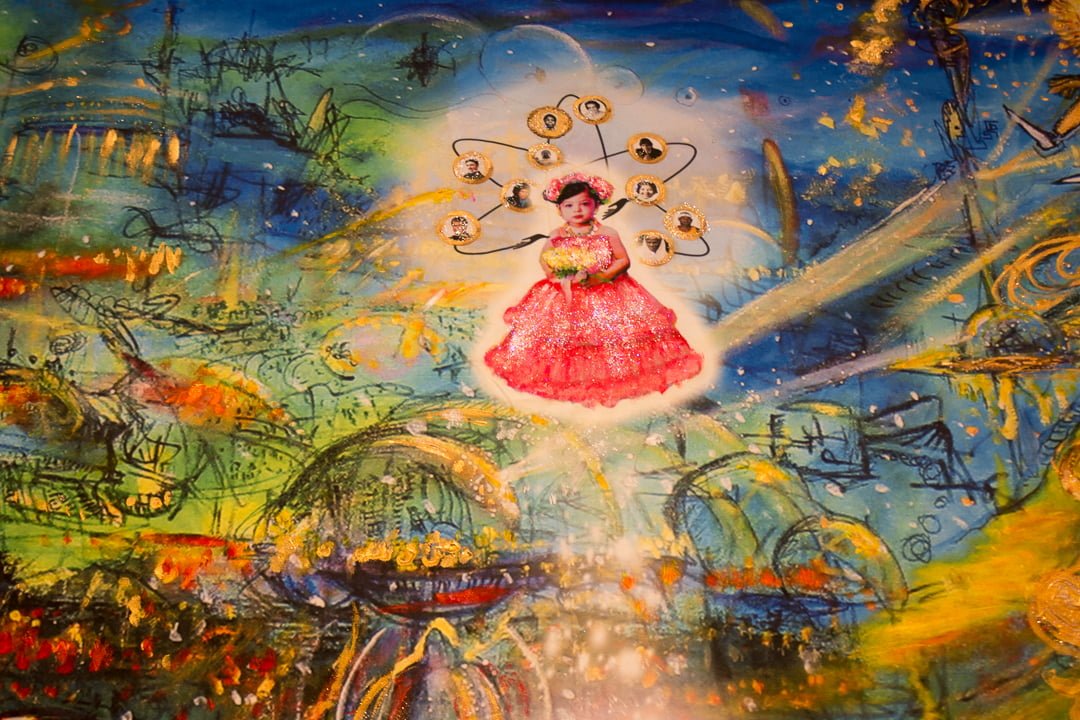 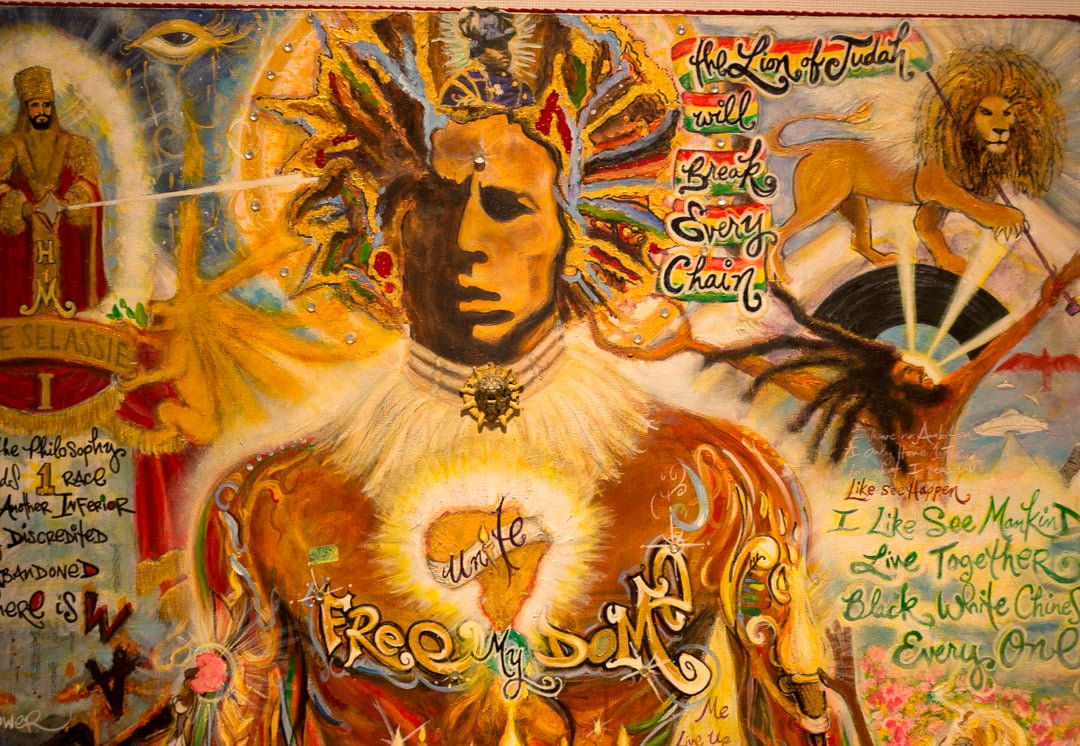 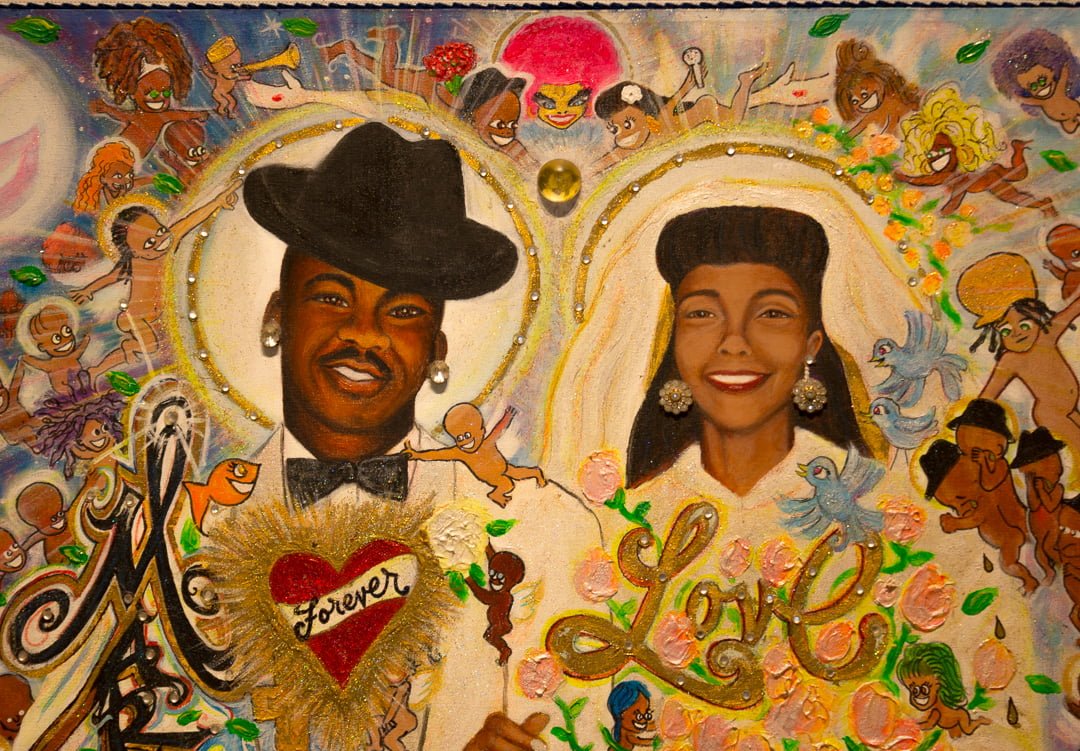 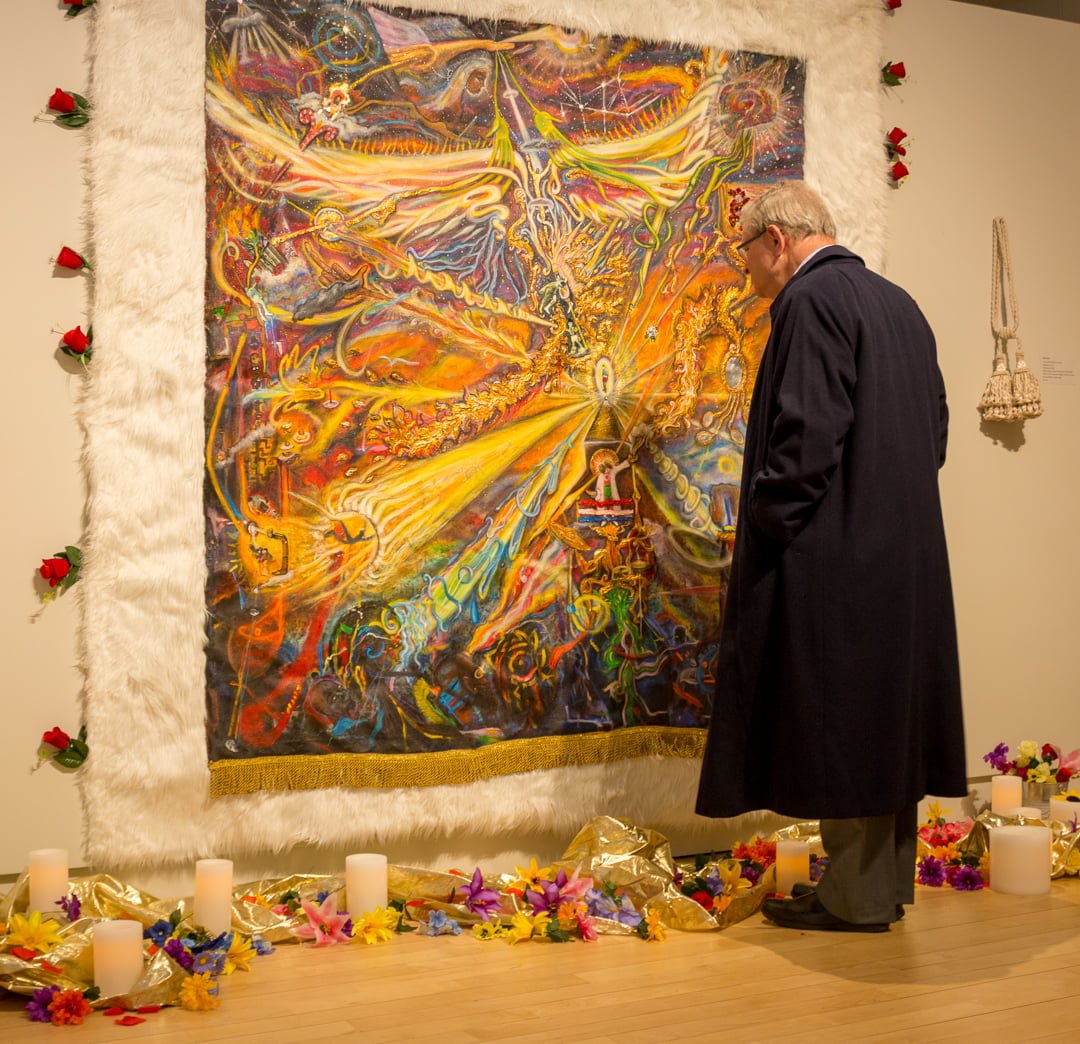 Paul Deo tells stories through his work that seeks to engage and inspire as many communities and individuals as possible. Merging art and science, he connects traditional art with digital technologies to create the kind of beauty he would like to see in the world.

From New Orleans, he and his family evacuated to NYC during Hurricane Katrina.
Deo teaches incarcerated teens, refugee orphans, and at risk youth.

A large canvas “Angelita”, which hangs in the gallery, “has all the elements of temptation” he says. The subject “signifies lost children, how she does not need to be lost anymore… with chaos and fear – there is beauty in it. ”

With a love for theater, Paul adds dramatic, theatrical elements to his work with velvet, pinch-pleated edging and bullion fringe. 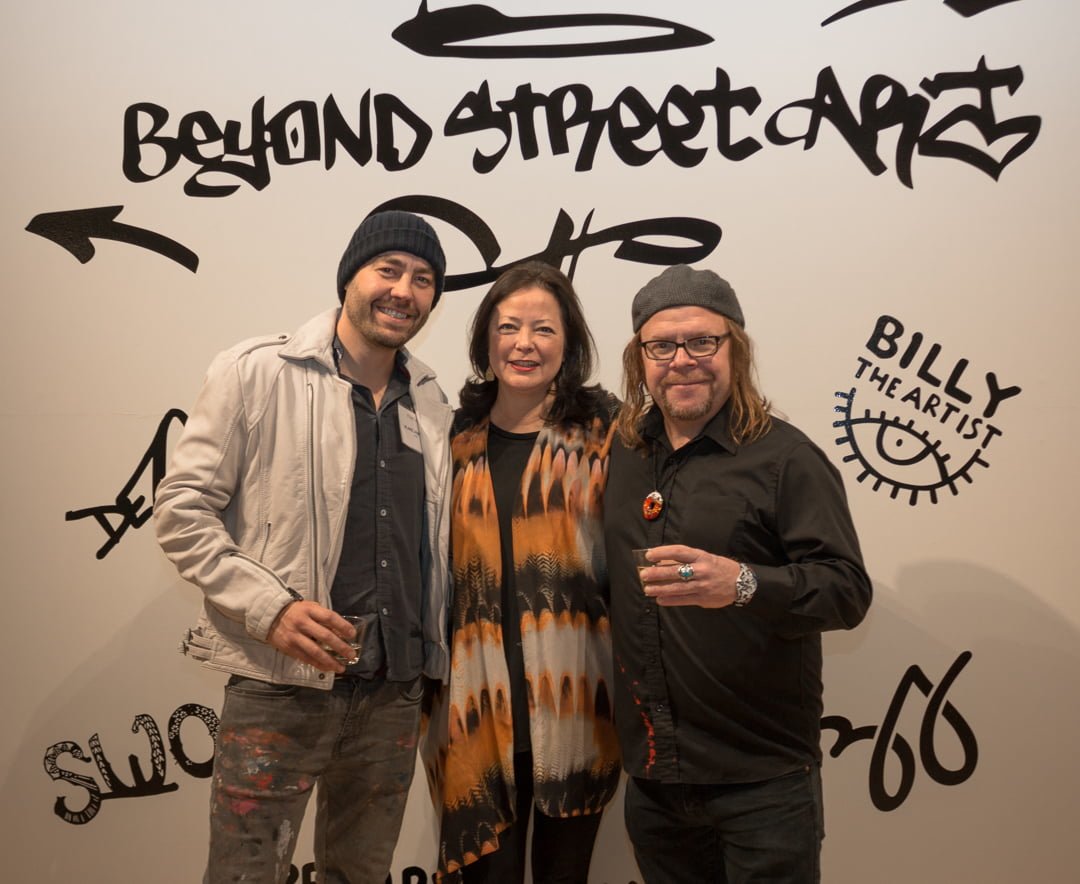 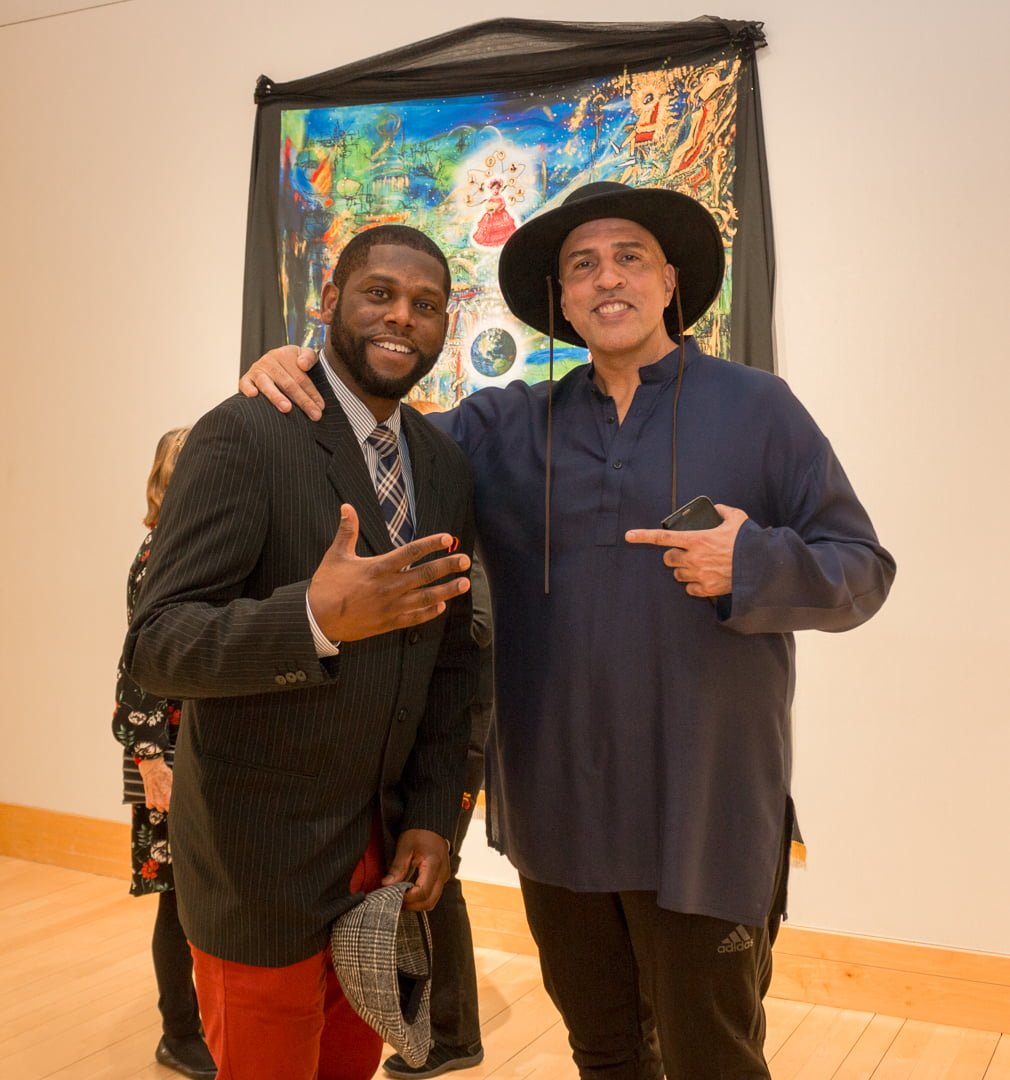 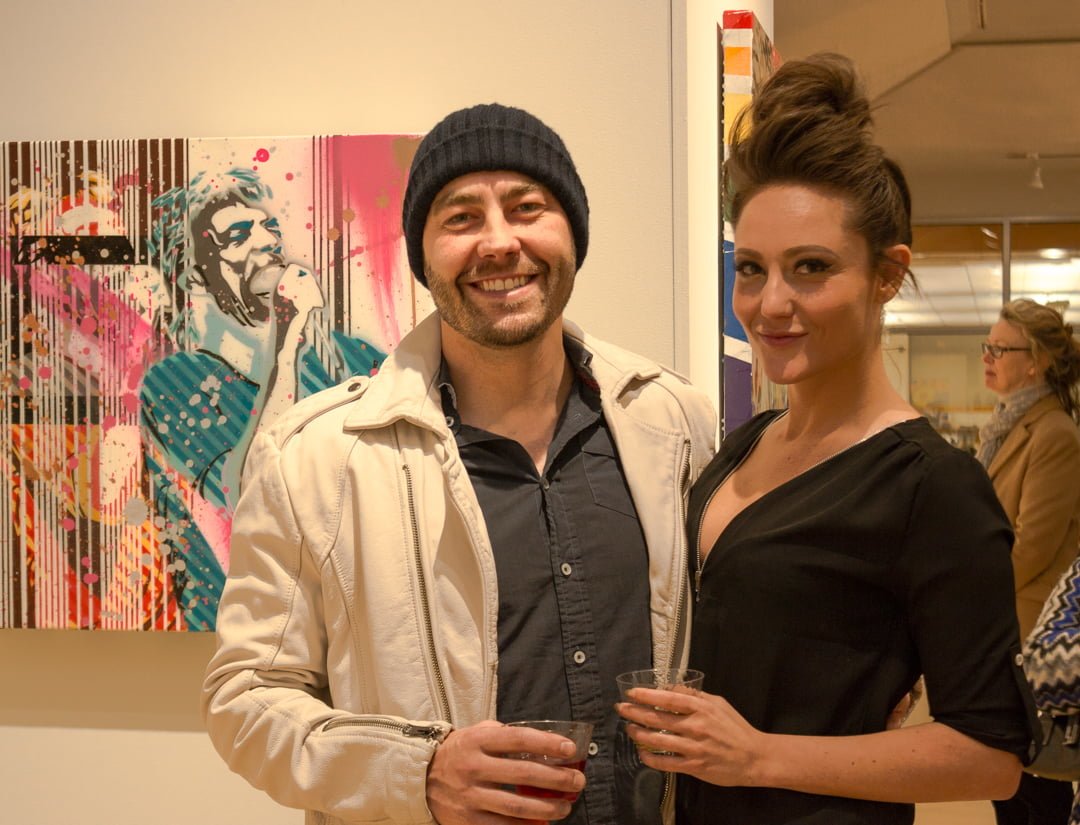 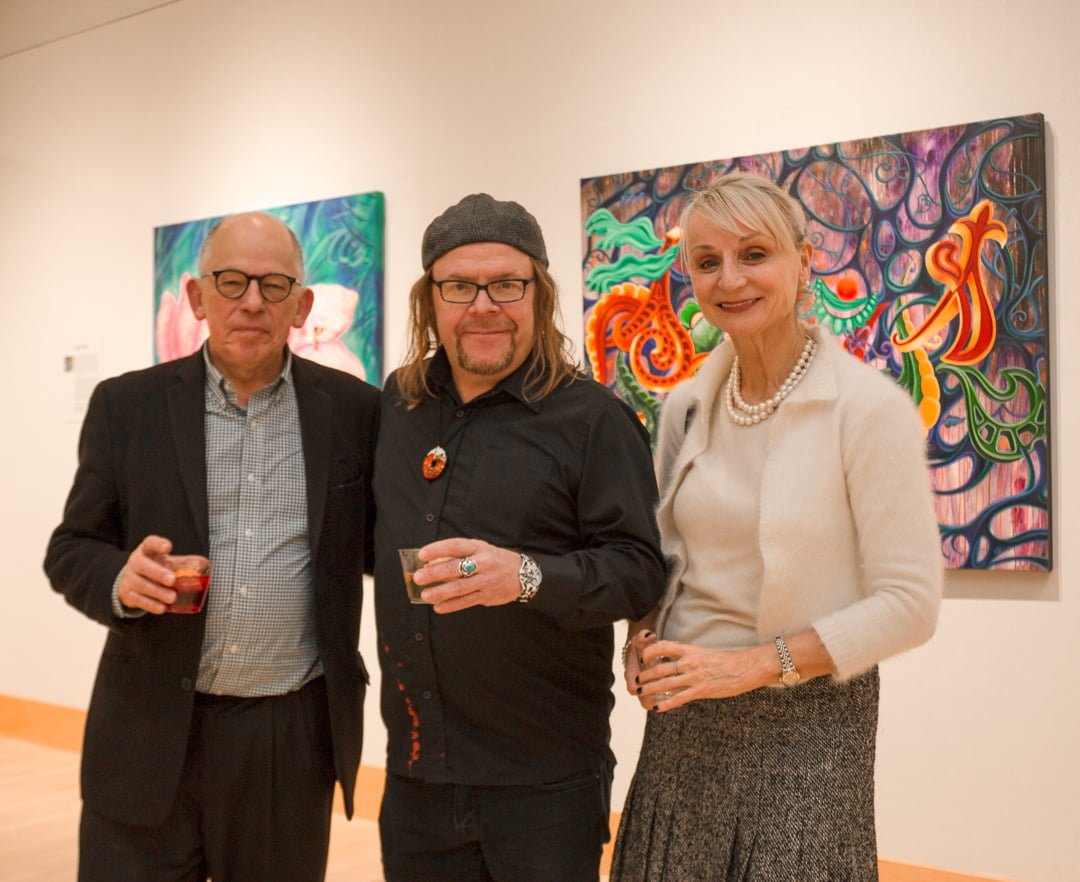 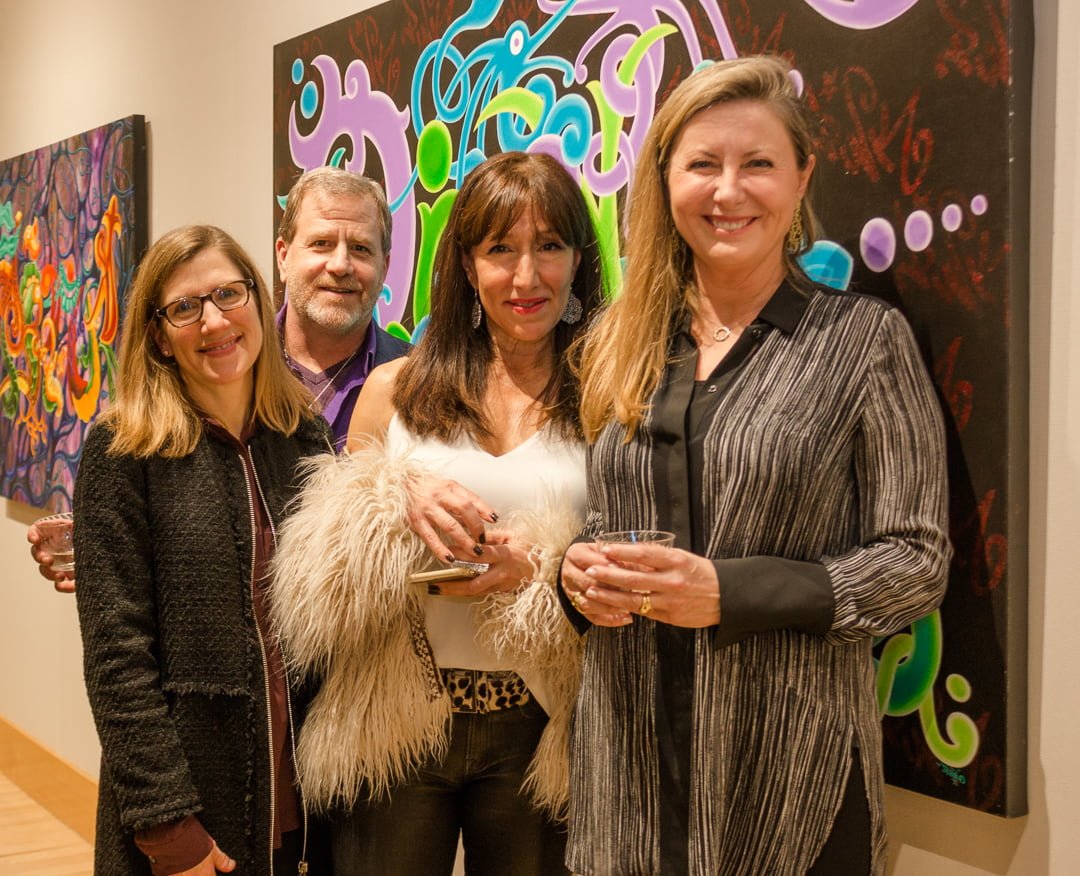 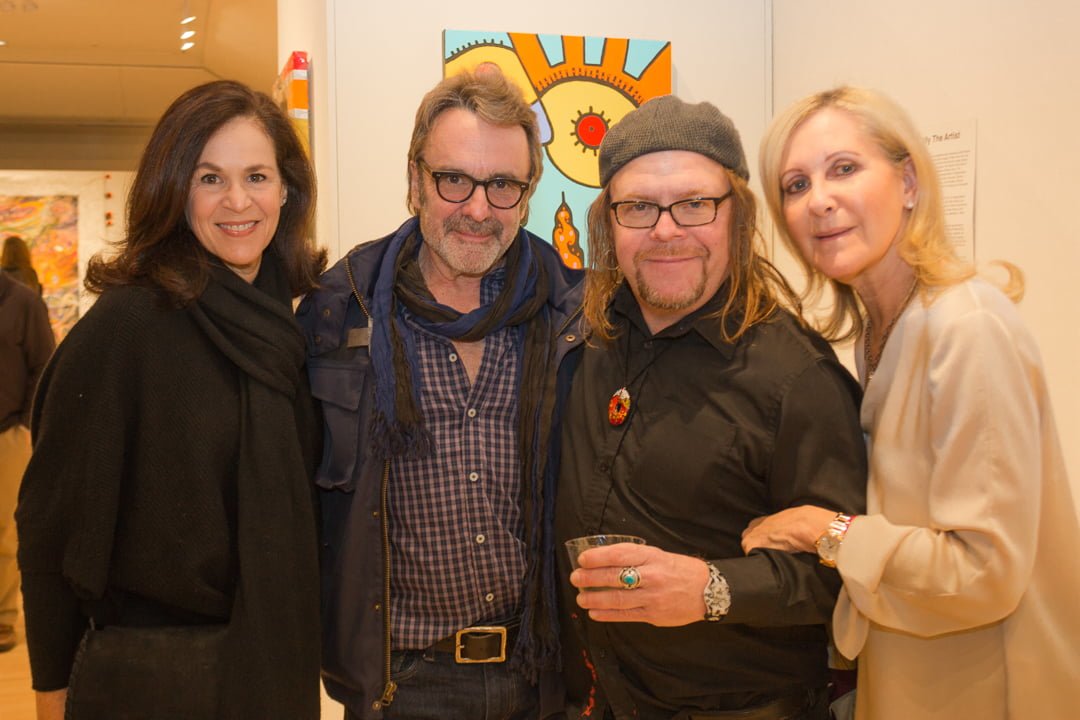 With Billy the Artist (second from right) Photo: Karen Sheer

A series of artists talks will take place on Saturdays at 2:00pm, with dates as follows:

Art Lounge welcomes the public to the gallery on February 2nd from 6 to 7:45pm immediately preceding the Friday Night Film screening in the Cole Auditorium at 8pm of Funny Face featuring Audrey Hepburn.