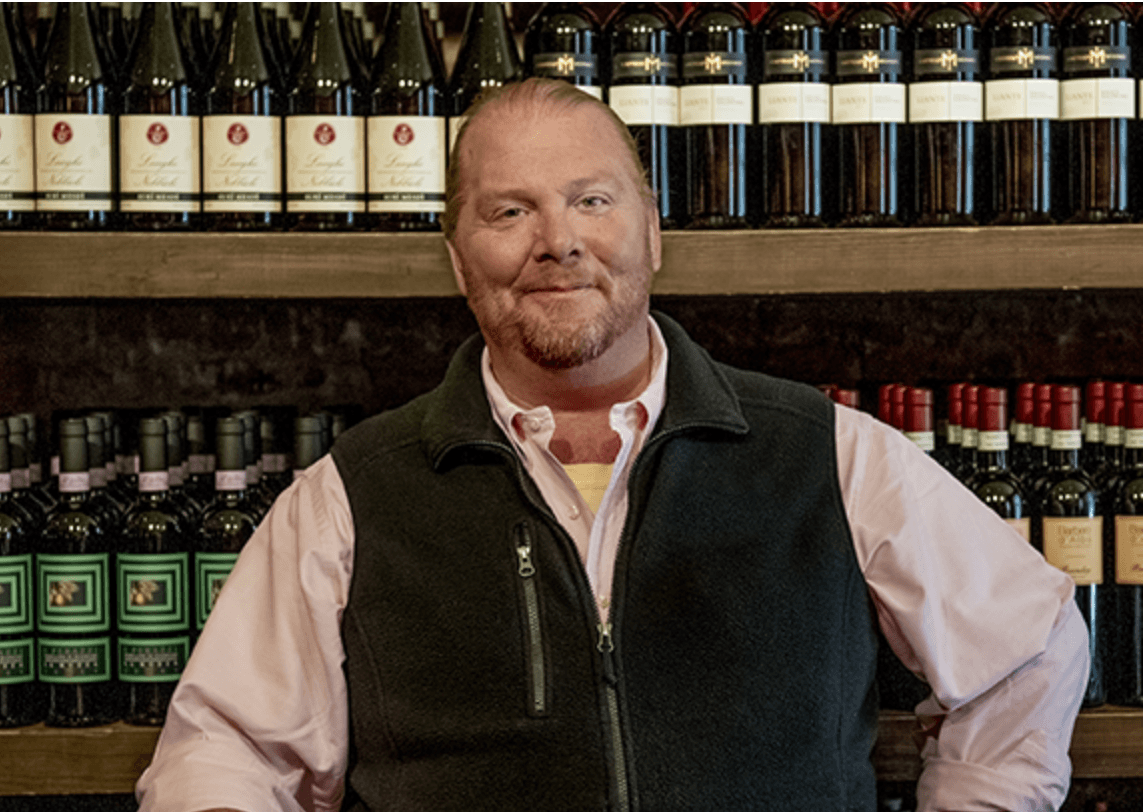 The 2017 Greenwich Wine + Food Festival, presented by Serendipity magazine (www.greenwichwineandfood.com), announced on Tuesday that Mario Batali will be appearing at the Festival, conducting a cooking demo, a book signing and meeting attendees at the event’s festivities on Saturday, September 23, at Roger Sherman Baldwin Park.

“As a partner in Tarry Lodge in Westport and Port Chester, Mario Batali is no stranger to the incredible culinary talents in our area,” said Suni Unger, Founder & CEO of Unger Media and the 2017 Greenwich Wine + Food Festival.  “We are thrilled to welcome him to the Festival for the first time, and announce the Mario Batali Foundation (MBF) as the event’s primary beneficiary. We are proud to help raise awareness and funds for this wonderful organization that strives to ensure all children are well read, well fed and well cared for.”

“I’m excited to be part of this year’s fun lineup of talent and especially honored to have MBF be this year’s main beneficiary,” said Batali.  “The festival’s support of feeding, educating and encouraging children speaks volumes of their commitment to supporting their community.”

“We have been so lucky over the past seven years to host amazing musical talent at the Festival, and this year the tradition continues with Train,” said Suni Unger, Founder & CEO of Unger Media and the Founder & CEO of the 2017 Greenwich Wine + Food Festival.  “In addition to their celebrated musical careers, they are foodies with their own chocolate brand and wine label. They’re a perfect fit to close out our seventh year of festivities!”

Saturday is the heart of the 2017 Greenwich Wine + Food Festival, celebrating food, beverage and music.  The Grand Tasting tent is the center of the Festival, with tastings and demonstrations from more than 150+ of the area’s finest food, wine, spirits experts, in addition to the Bud & Burger, Empire City Casino and South of the Border Fiesta tents.  Guests can also enjoy sommelier, mixologist and brew master presentations, celebrity book signings, Q&A sessions with top culinary experts, a celebrity green room with live interviews, The Market Place with the latest and greatest in culinary product trends and industry technology, and an exclusive Meet the Masters Panel discussion with Scott Conant, Alex Guarnaschelli and Adam Richman.  The 6th Annual Burger Battle, hosted by Adam Richman (with judges Scott Conant and Alex Guarnaschelli), and the 3rd Annual Top Bartender Showdown provide friendly competition between area restaurants.

VIP ticket holders will enjoy all day access to Saturday’s VIP tent, a private bar, a secluded lounge area on the water’s edge and private restrooms. They will also experience an exclusive dinner, with the Festival Ambassador Chefs showcasing their most creative dishes, served with select wines, beers and elite liquors. In addition, VIP guests will have prime seating for the performances on the Main Music Stage and VIP parking.

True foodies will also have an opportunity to add a once-in-a-lifetime on-stage or lawn dinner experience to their VIP Pass, which will include a meet-and-greet cocktail party from 6:00-6:30pm with Batali, Conant, Guarnaschelli and Richman. Following cocktails, guests will enjoy a three-course dinner with table service and premium spirits, wine and beer. These private tables are the best seats in the house for the Main Music Stage performances, with liquor table service available until 9:30 pm.

Tickets are now available; visit www.greenwichwineandfood.com to purchase, and for updates on musical and culinary talent as well as the full event schedule.

The main beneficiary of this year’s Festival is the Mario Batali Foundation. Founded in 2008, the foundation raises funds to provide literacy programs, as well as nutrition information and access to emergency food organizations to underprivileged children and their families. Mario Batali Foundation also funds pediatric disease research.  Other Festival beneficiaries include The Friends of James Beard Benefits and the Town of Greenwich Parks and Recreation Foundation.

The event will be held rain or shine, and anyone under 21, including infants or strollers, will not be admitted.  Animals are also not permitted. 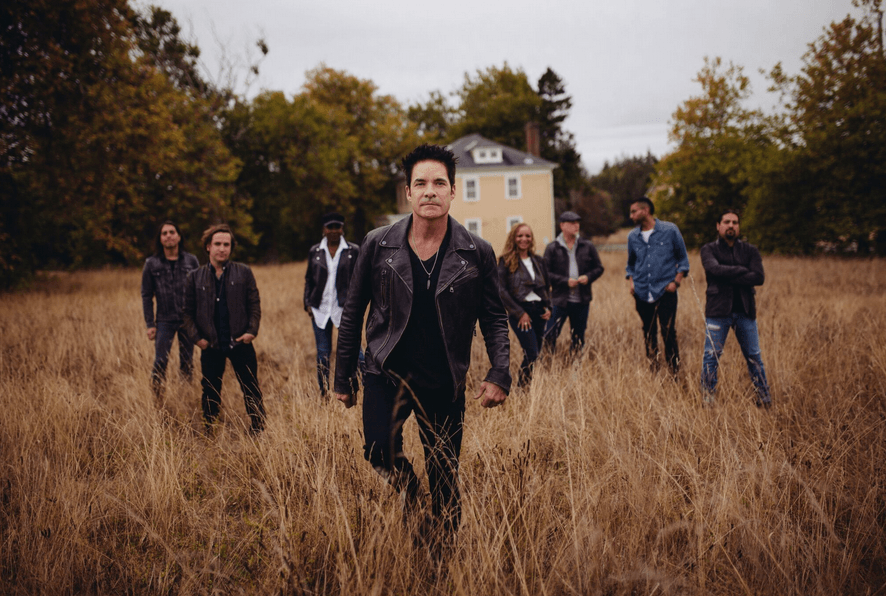 Train is a multi-GRAMMY and Billboard award-winning band from San Francisco, CA, that has had 14 songs on Billboard’s Hot 100 list since the release of their debut self-titled album. Train’s climb to the top began in San Francisco in 1994, as the original 5-member band tenaciously built a loyal following, leading up to their own self-titled debut album, released by Columbia in 1998. The tumbling wordplay of “Meet Virginia” gave them their first unlikely radio hit and 2001’s Drops Of Jupiter broke them to multi-platinum status thanks to the double-GRAMMY award-winning title song that spent 10 months in the Top 40, and snaring the Best Rock Song GRAMMY award by beating out Coldplay and two U2 songs. The group won another GRAMMY award in 2011 for their global hit “Hey Soul Sister,” the #1 best-selling smash and most downloaded single of 2010, from their multi-platinum album Save Me, San Francisco. Next was 2012’s California 37, which launched the hit “Drive By” reaching the Top 10 in 13 countries. They’ve sold more than 10 million albums worldwide, more than 30 million tracks, with multiple platinum/gold citations, including 3 GRAMMY awards, 2 Billboard Music Awards and dozens of other honors. In 2014 Bulletproof Picasso—the band’s 7th studio album—debuted at No. 5 on the Billboard Top 200 and earned rave reviews.

The band recently released their 8th album, a girl a bottle a boat, via Columbia Records on Jan. 27. Lead single, “Play That Song” had a strong start, hitting Top 5 on the iTunes chart, Top 10 at Hot AC radio, and climbing Adult Top 40.

Train has also released on a holiday album, Christmas in Tahoe, which brings their signature sound to holiday classics as well as three original songs and Does Led Zeppelin which features the band covering one of their favorite bands. Additionally, Train’s award-winning Save Me, San Francisco Wine Co. released their 6th varietal, ‘Bulletproof Picasso’ sauvignon blanc. Proceeds from the wine support Family House, a San Francisco charity that supports families of children with cancer and other life-threatening illnesses.