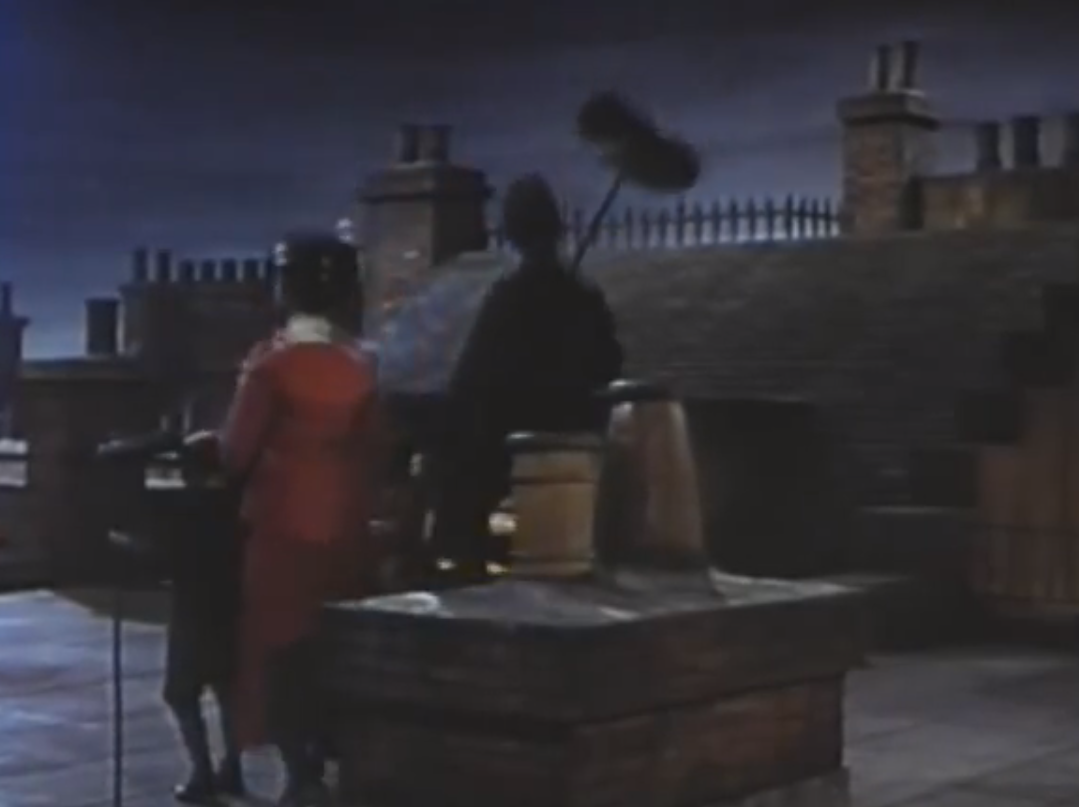 Does the mention of “chimney sweep” conjure up images of fly-by-night scammers? Or images of soot-covered urchins dancing with brushes on London rooftops with Dick Van Dyke? That many homeowners don’t know a reputable chimney sweep, but can recite the words of Chim Chim Cher-ee and maybe even channel a little Julie Andrews singing Supercalifragilisticexpialidocious is telling.

While dancing chimney sweeps leave an indelible impression, one local chimney sweep said roof access is seldom necessary in order to clean a chimney or do a repair.

“Ninety-nine percent of the time we do not go on roofs for cleanings because it’s the same brush going from the top-to-bottom, or bottom-to-top,” said James Ball who has worked as a chimney sweep in the Greenwich area for nearly three decades.

“We work from the opening, so we can regulate the rate of soot coming down. That way it doesn’t get past us or our equipment and into your home,” explained Ball, who has HEPA vacuums in all his vans. These are vacuums designed specifically for chimney and dryer vent cleaning. 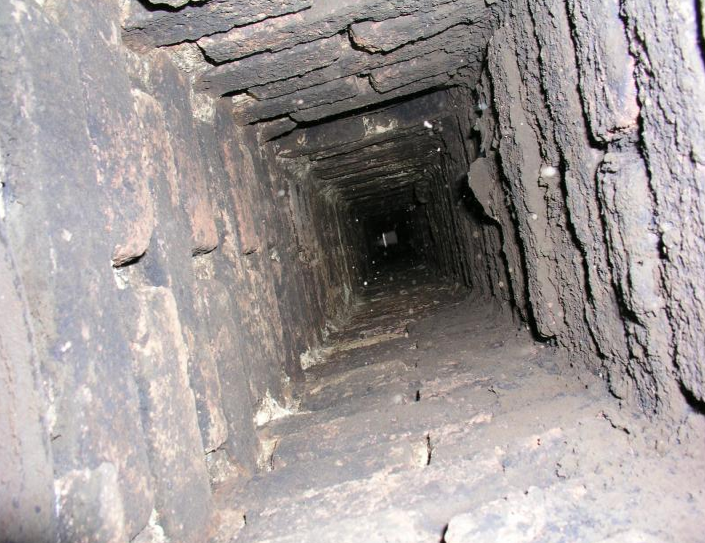 An unlined chimney. Notice the gaps in the cement between the brick. Courtesy James Ball

“I started in 1984 and put my name on my business to show as much integrity as I can. I started in 1984,” said Ball, of JamesBallChimney.com, who gas won the Angie’s List Super Service Award every year from 2008 to 2013.

Ball can either eyeball a problem, or snake a video camera into a flue, record it and share the images on the spot or over the internet. 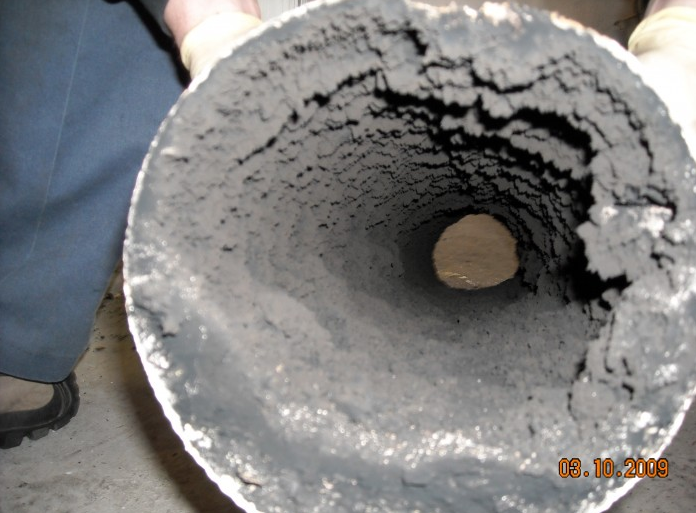 A 6-inch round oil pipe is so sooted up, that the opening has shrunk to 3-4″, choking off the boiler and causing a very dangerous condition. Photo, courtesy James Ball Chimney

“I’m still amazed at what I see out there,” Ball said, adding that sometimes he’ll get a call after a customer has been scammed. he’ll undo the lousy repair, or worse, do the repair a homeowner paid for bud didn’t get. “Anyone can buy a chimney liner kit on eBay,” Ball said. “But if it’s not installed properly it can be dangerous or deadly.”

“If someone knocks on your door and says, ‘We’re working up the street. Want us to clean your chimney?’ never fall for this — a reputable sweep will never knock on our door with any specials.” – James Ball 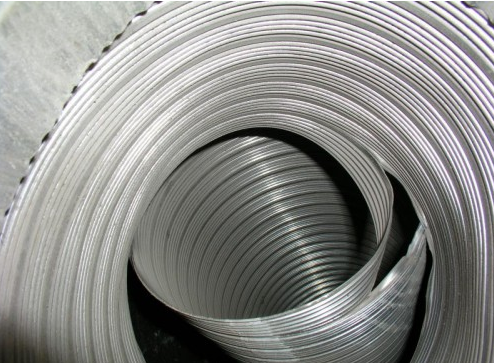 A chimney liner serving two 10-inch gas boilers that has come undone. The round, “crimped” chimney liner is more of a blockage than a vent and will back up heat and carbon monoxide into the home. We use the welded Ventinox liner system and never have this problem. Photo courtesy James Ball Chimney

“Most companies look at you as ‘just another job’  but we know that the only job you care about is the one we do in your home for you.” – James Ball of James Ball Chimney 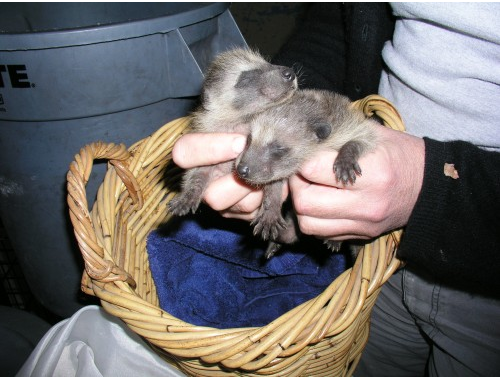 Capping a chimney prevents animals from entering. In this photo Ball removed baby raccoons from a chimney with the help of a wildlife rehabilitator, who safely took the animals away. Photo, courtesy James Ball Chimney

Ball, who does everything chimney-related except for major masonry repair, said his most common jobs are sweepings and adding caps to keep animals out. Sometimes Ball will be called in after the fact, where countless birds, squirrels or raccoons had , birds or raccoons had taken up residence in a chimney. Ball said he’s even found three dead ducks in chimneys over his 29 years.

Photo taken after a chimney fire. The creosote was over 3″ thick and had rained sparks out on to the wooden roof. Photo courtesy James Ball

Ball said he keeps up with trends in the industry. He has just added a new service called Heat Shields, Joint repair and re surfacing to reseal the inside of the chimney filling cracks and gaps.

“Going in and solving a problem, identifying a deadly blockage, trouble shooting a smokey fireplace or odor problems to keep a home and family safe is satisfying,” he said.

Ball said he encounters scenarios with the potential of carbon monoxide poisoning, and is sometimes astonished when a homeowner opts to tempt fate, and, saying, “It’s been working fine for over 50 years and I have Carbon Monoxide detectors.” He always suggests replacing “working fine” with “I’ve been lucky” and see how it sounds. “I document everything,” Ball said, adding, “If something happens, I want to show I tried.”

Ball also cleans and repairs dryer vents, which, when blocked with lint or not installed properly can be a fire hazard. Over 1,500 dryer vent fires occur a year in the US, according to Ball.

“Anyone can buy a chimney liner kit on eBay,” Ball said. “But if it’s not installed properly it can be dangerous and deadly… If someone knocks on your door and says, ‘We’re working up the street. Want us to clean your chimney?’ — a reputable sweep will never knock on your door or call you with any specials.” – James Ball

“A reputable sweep charges between $150 and $225 for a general cleaning,” Ball said.

Everyone’s van and paperwork should have their license number on it. And Ball suggests homeowners doing a little research should start by going to https://www.elicense.ct.gov/Lookup/LicenseLookup.aspx to see if their sweep is licensed.

Ball, whose mantra is “We Kick Ash,”holds a Westchester and CT Home Improvement Contractor license.  He is a member of the National Chimney Sweep Guild, and is a certified chimney sweep with Chimney Safety Institute of America

Ball is available to conduct inspections. He said a Level 1 NFPA inspection is for continued use under similar circumstances. Level 2 inspections are recommended for sale or transfer, or if any thing changed inside like adding removing a new boiler or wood stove, or outside like a tree falling on the chimney. 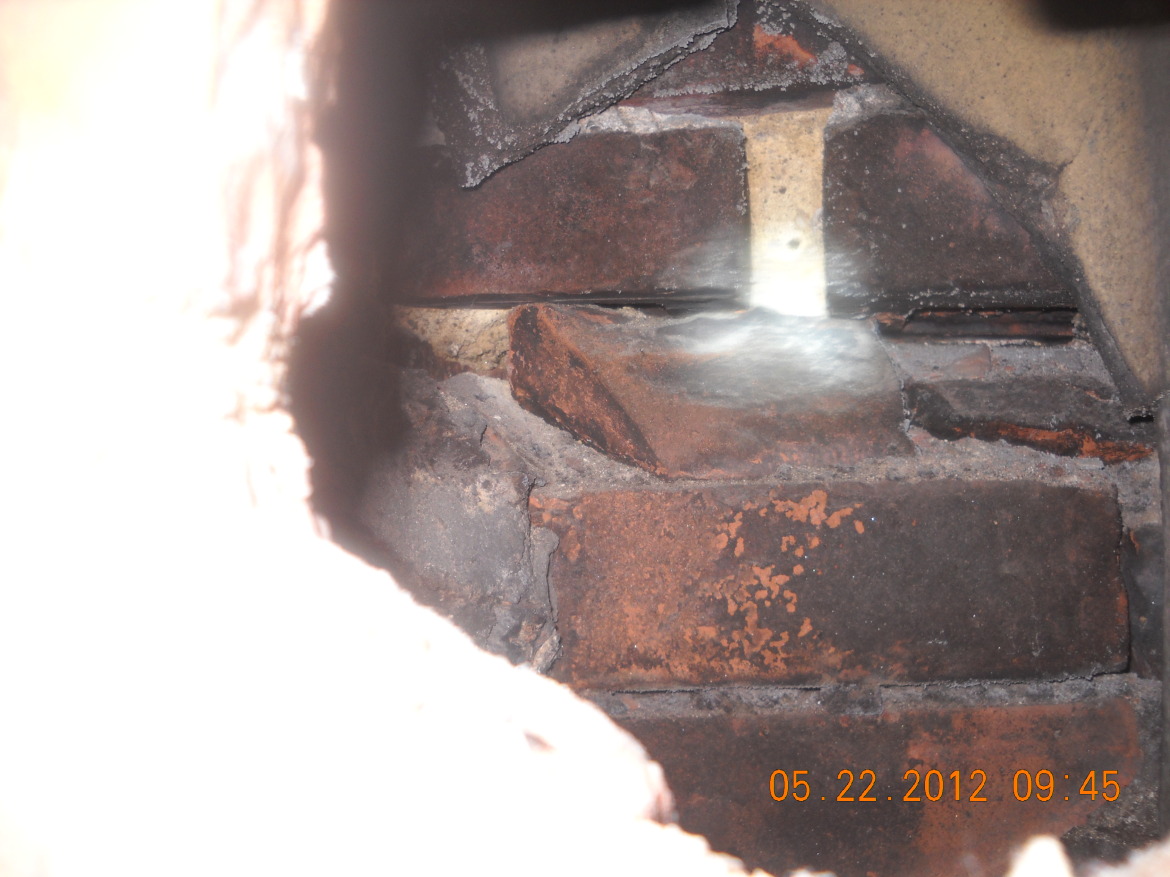