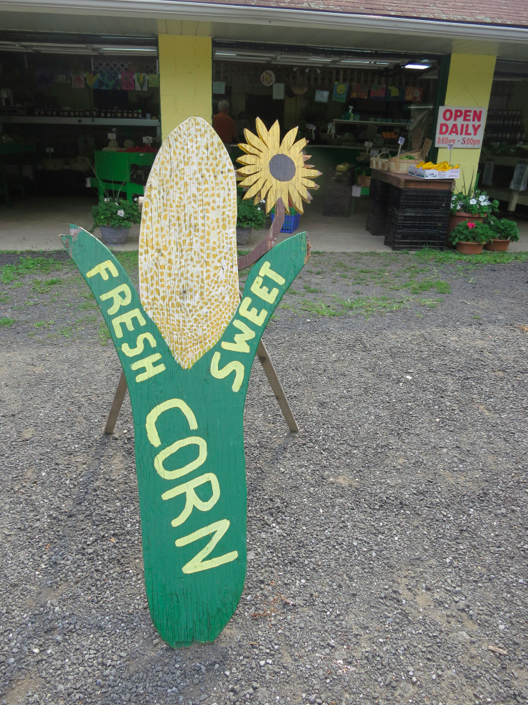 For some  reason, according to Farmer John of Augustine’s Farm, the offers keep coming in. The ten acres on King Street, just north of The Griff, has been in his family for decades. John and Kathy have been running the operation for as long as most residents remember.

Farmer John, who has a birthday this week, said he’s been working on the farm for 64 years.

“I started driving the tractor around when I was six,” he said. “This is all I know. And I enjoy it,” he said of being a farmer.

$5 Million? No, Thanks
And yet, there are constant offers from prospective buyers — some who want to build houses, others suggesting a house of worship.

John described how recently two customers arrived at the end of a long hot day. As John tells it, one Westchester-based realtor introduced herself and said, ‘I’ll give you $5 million for the farm. You should take it. It’s just a patch of dirt.’

John said he was stunned, but not by the dollar amount. Not because it had been a long hot day. Not because his leg was giving him trouble. But the farm is simply not for sale.

Before he had a chance to utter a word, the second customer, a older businessman dressed in a nice suit, launched into a diatribe laced with invective and directed at the realtor, essentially critiquing her motives, timing and all-around inappropriateness.

“That lady couldn’t have gotten out of here faster,” John said, of the would-be buyer.

“Some nights we’re here til dark, watering and finishing up, and people will say, ‘You’re still working? What are you, crazy?’ But it’s a way of life.” 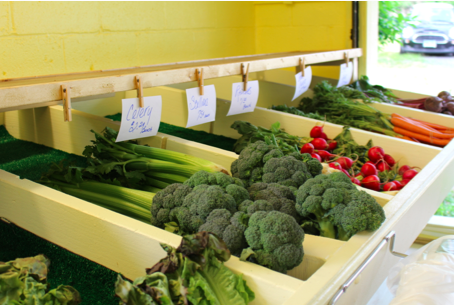 Farmer John is most enthusiastic about his corn, and it is delicious. The corn came in about a week ago, and there is much more in the works.

“The corn up there is tassling,” he said, pointing to the field just beyond the green and yellow painted Augustine’s sign.

John said the white eggplant will be ready soon. “And we’ll have the roly-poly zucchini,” he added enthusiastically.

From behind the busy counter Kathy arranged gladiolas and said that her zinnias and prize dahlias will be ready to cut and sell soon.

Farmer John turns 71 this week. Stop by and wish him a happy birthday. Just don’t offer to buy the farm. Any day now his new state-of-the-art leg will be ready and he’ll be better able to chase away unwanted solicitors.