With names like Gatortots, EduGators, Average Joes and Thick as a Brick, the 20 Robotics teams that competed in the First Lego League (FFL) qualifier on Saturday at Greenwich Academy kept a sense of humor.

Though super hero capes, tutus and purple megaphones helped keep the competition in perspective, the planning was long in the making and victories were as satisfying as the fails were disappointing. 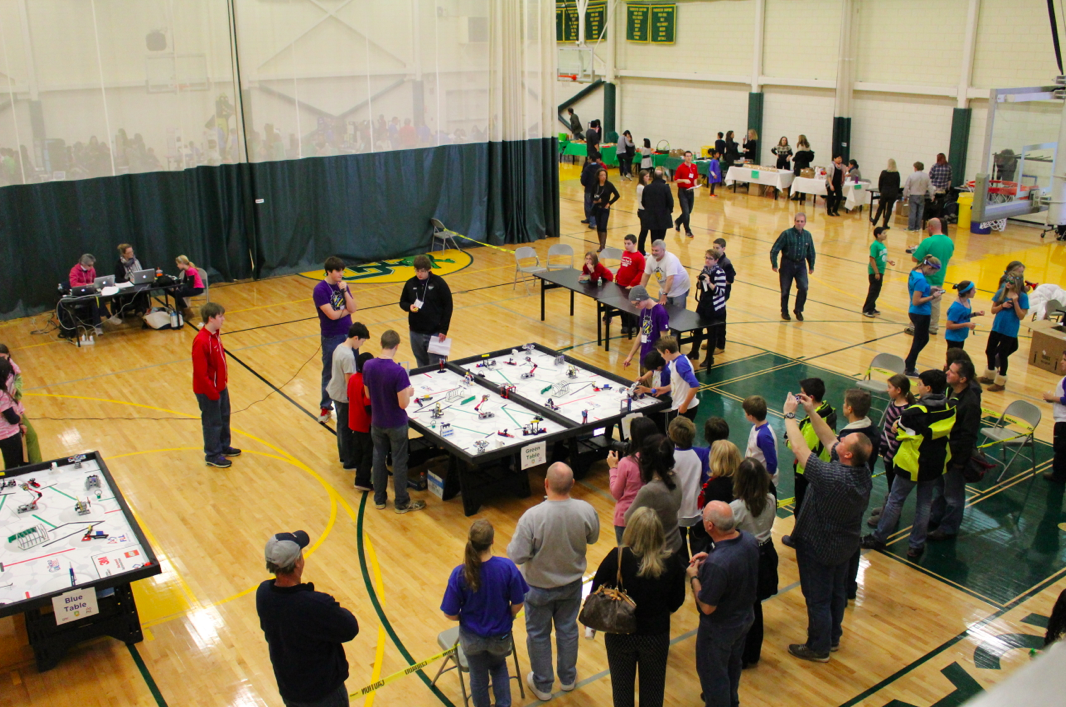 Gail Sestito and Doug Rendell, the co-directors of Robotics at Greenwich Academy, said this was the third year their school  hosted the qualifier, which was set in Raether Gym.

Rendell said the students got the project in early September and subsequently set about building the competition field. Then, at home, during the last 3 or 4 months their task was to program the robots. During Saturday’s qualifier, competitors were only allowed to touch their robots at home base, and each team received points when their robot accomplished tasks aligned to their mission, whether it be tossing a ball, or passing through a loop.

As Greenwich Academy girls rooted for their classmates from the bleachers, Sesito described Robotics as “a sport for the mind,” with a pay it forward–pay it backward aspect. She pointed out that the girls in 9th through 12th grade serve in volunteer roles as judges and referees.

Sestito explained that each team’s score is comprised of three parts, with the points awarded while the robots are on the table representing one third. The next third of the score reflects teamwork and attitude. Lastly, each team develops a project that matches the theme. 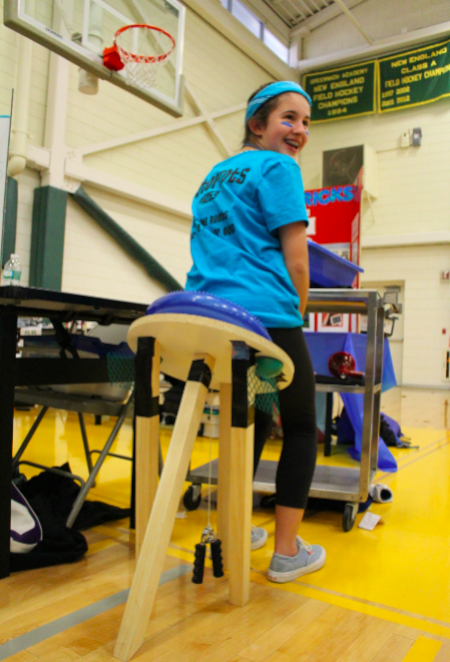 And whereas last year the theme was “Nature’s Fury,” which resulted in more literal interpretations, this year’s theme, “World Class Education,” was a different story.

“They really thought about how people struggle to learn,” Sestito said.

The Gatortots, for example, designed a special chair which allows a student to silently fidget during class.

The girls pointed out the chair’s features, which included squishy stress balls and a clicking pen affixed to the underside of the seat, as well as a hand grip exerciser which dangles from a string for easy access.

During the competition, the girls presented their chair to a panel of judges who prodded them with questions. The goal, the girls explained, was to prod them to think about ways to improve their design, while polishing their public speaking. 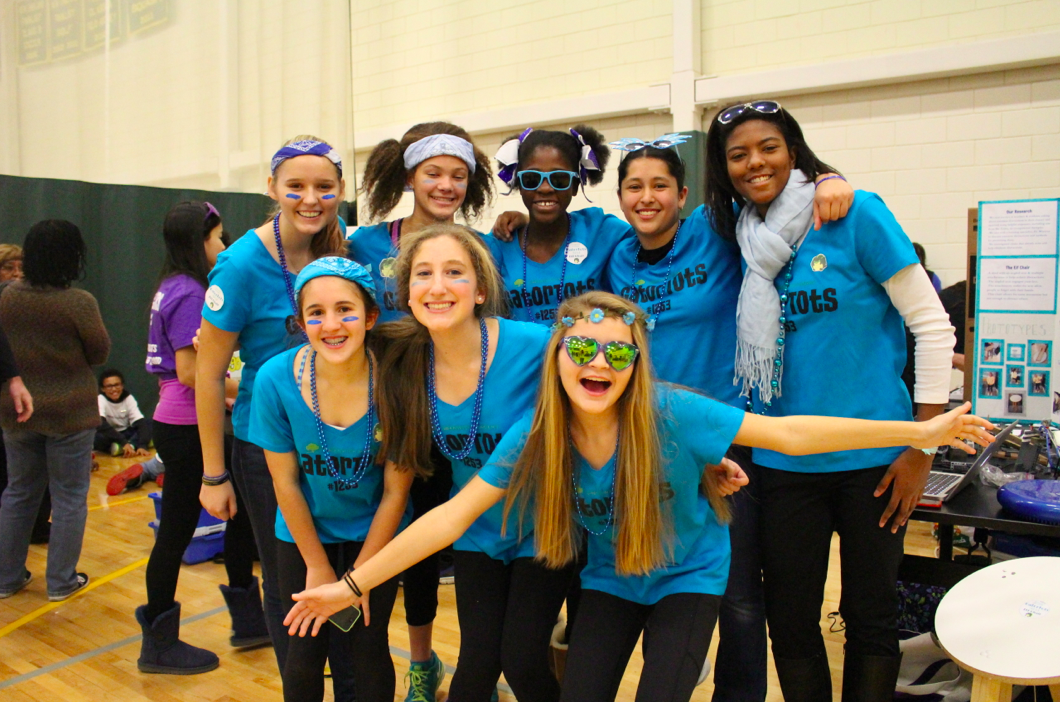 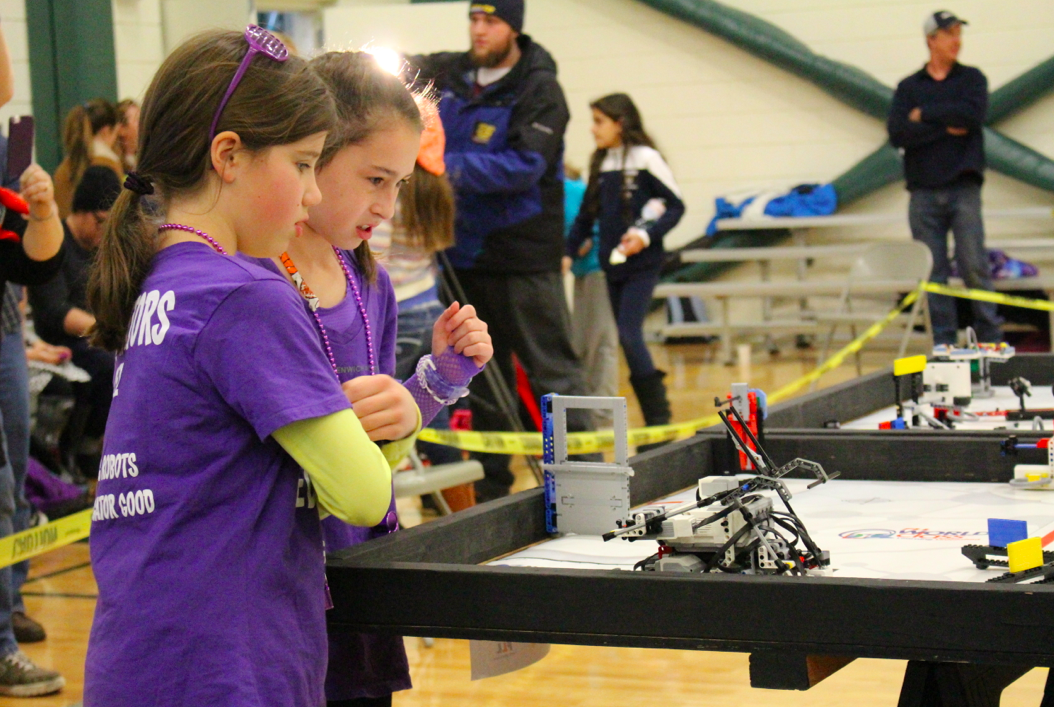 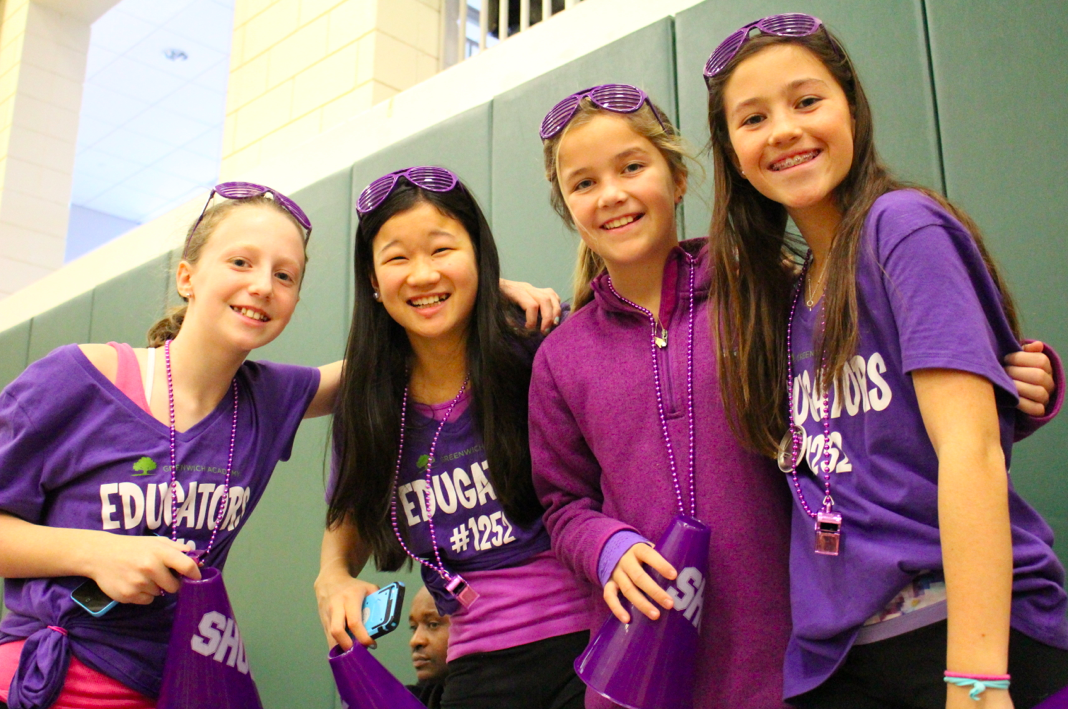 The Brunswick School “Zaniacs Mind Mavericks II,” achieved a measure of success, at Saturday’s qualifier. The boys took home a coveted golden ticket to the state tournament in December. 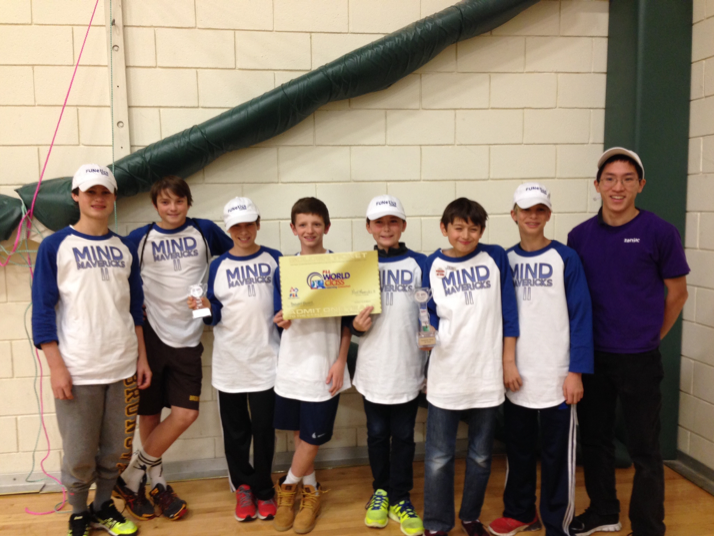 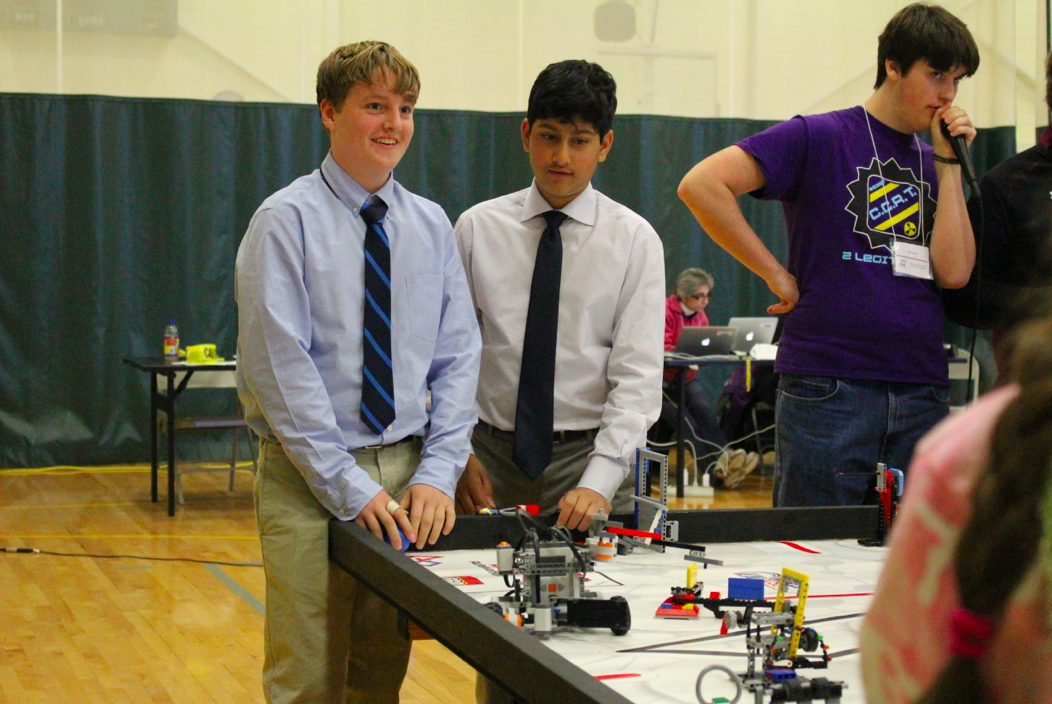 Brunswick boys at the table. 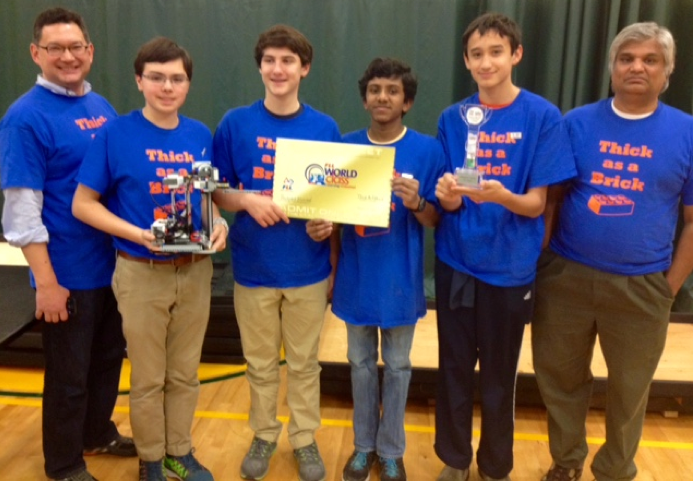 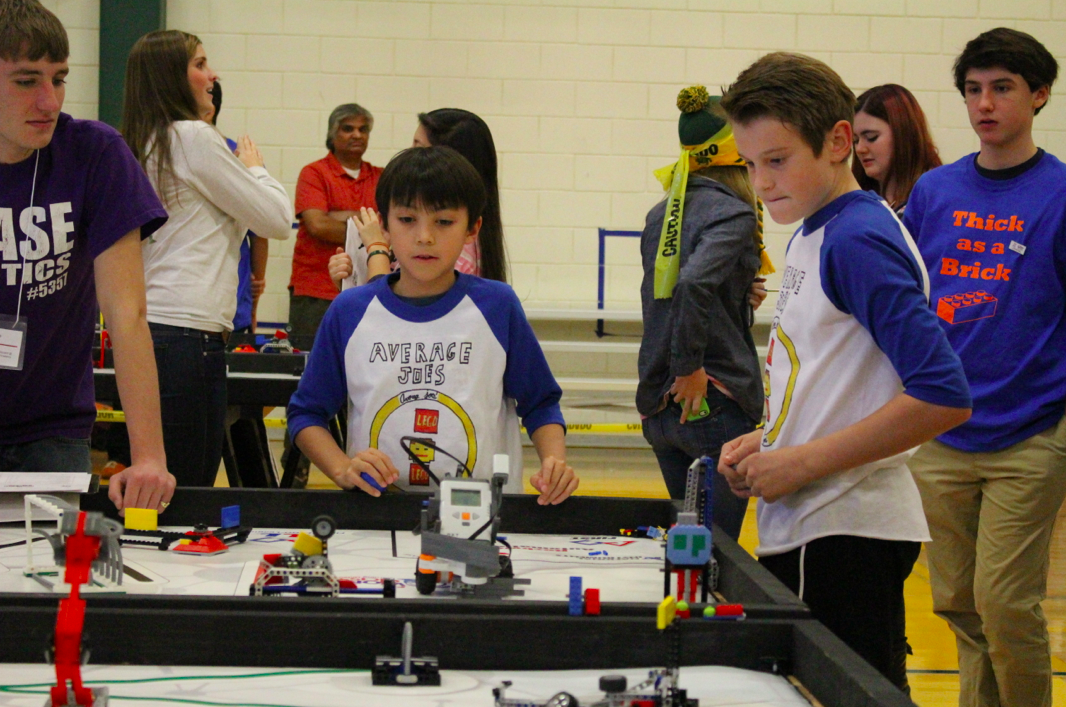 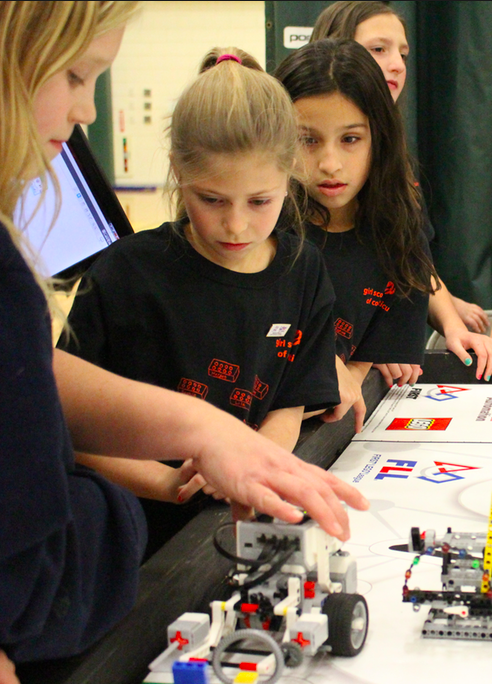 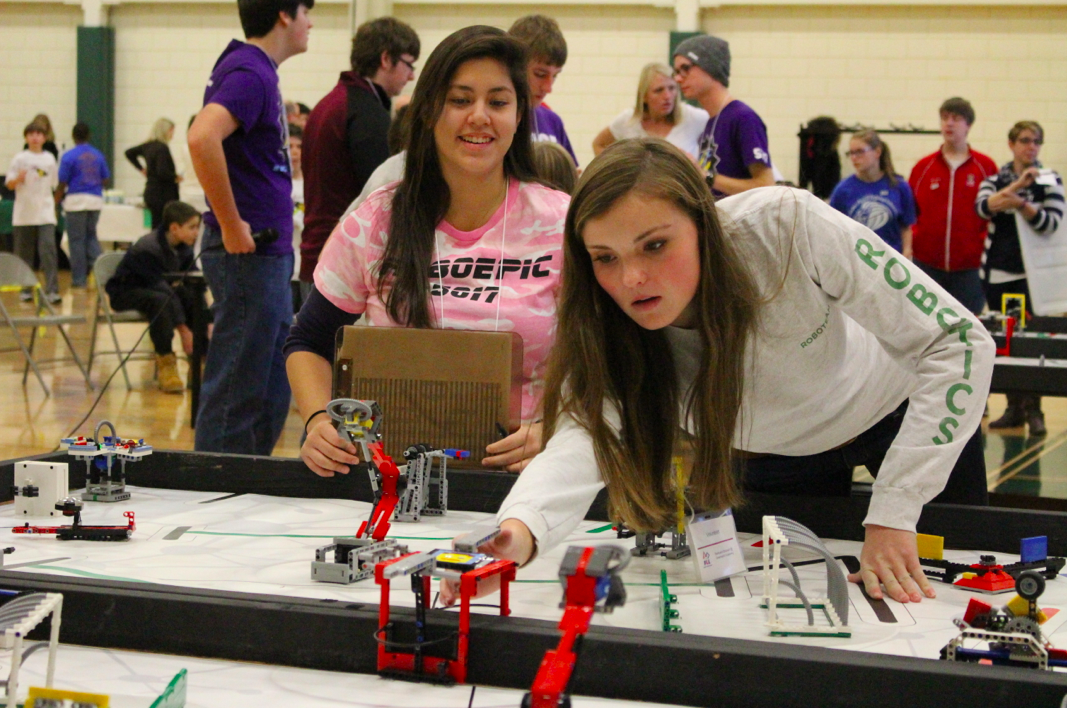 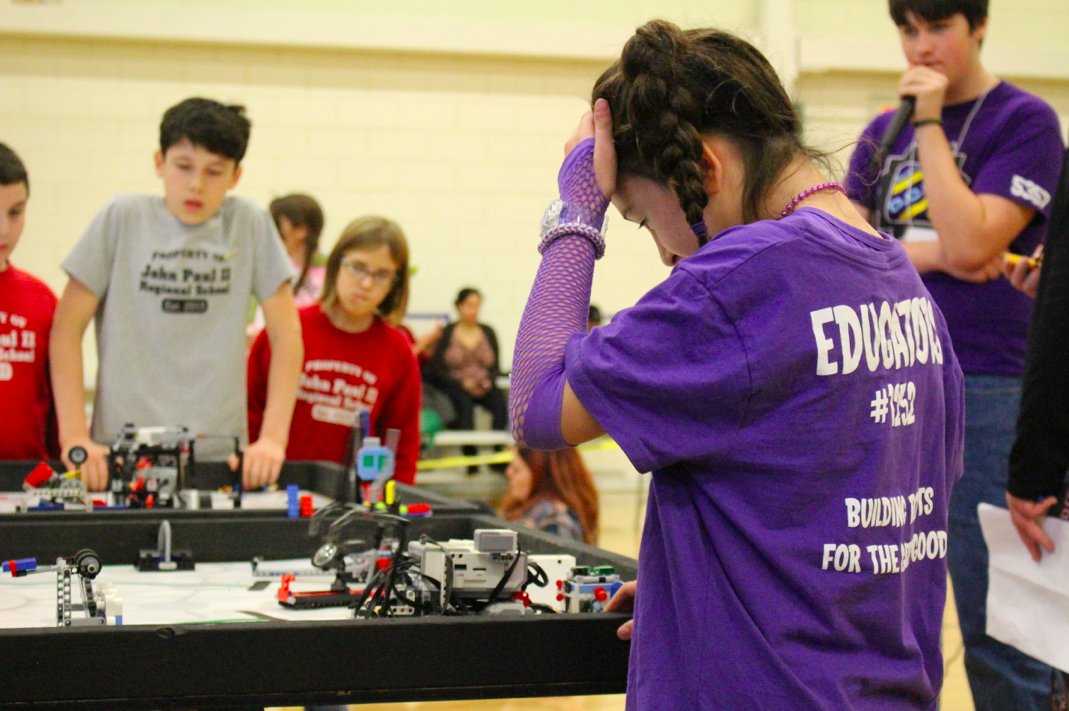 Rebecca Feiner of the Edugators follows her robot on the table during a tense moment. Credit: Leslie Yager 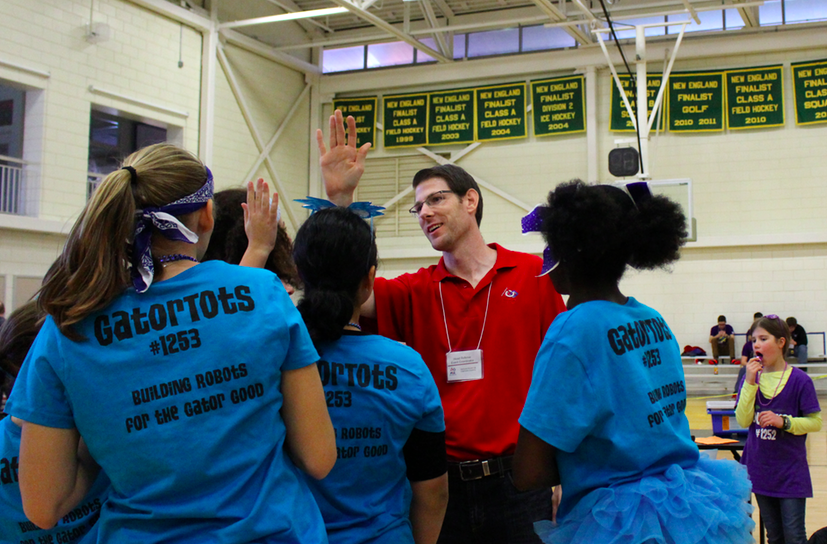 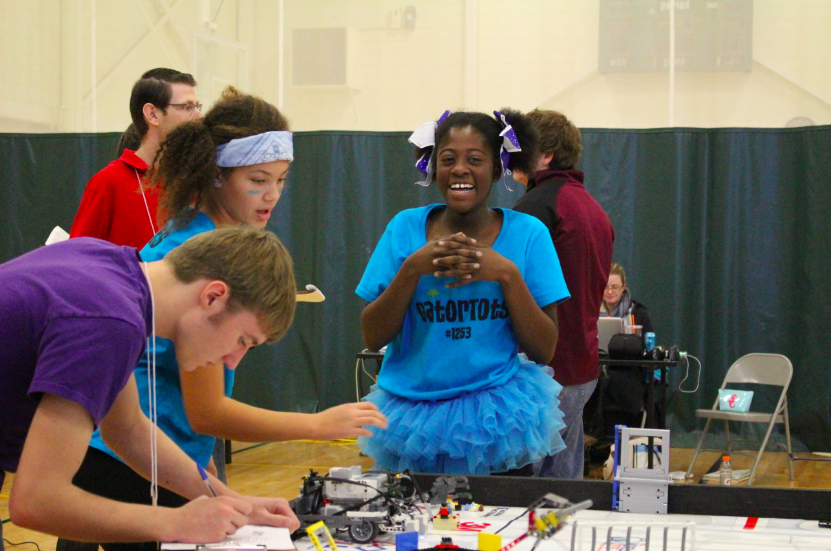 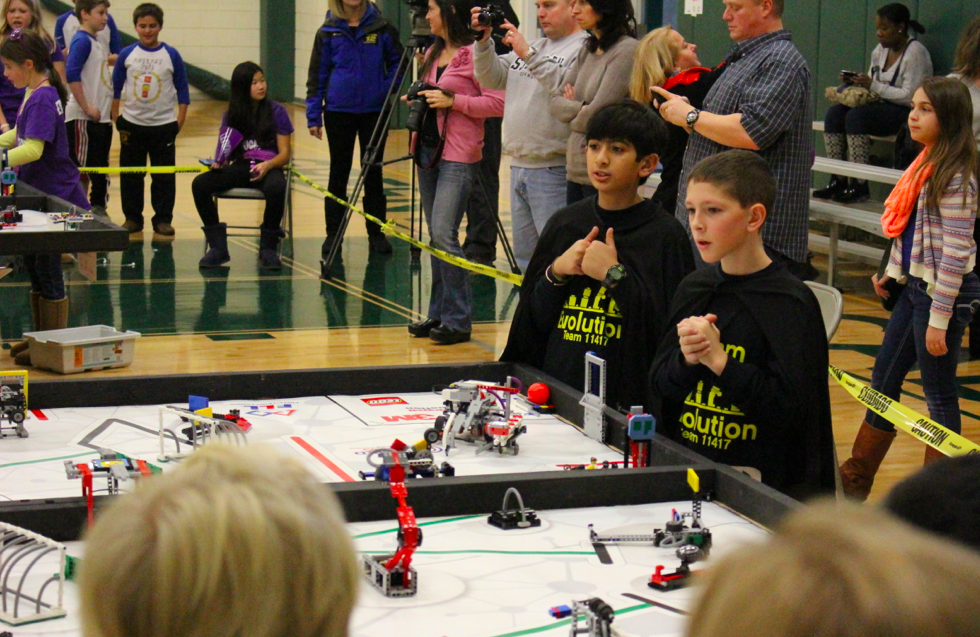 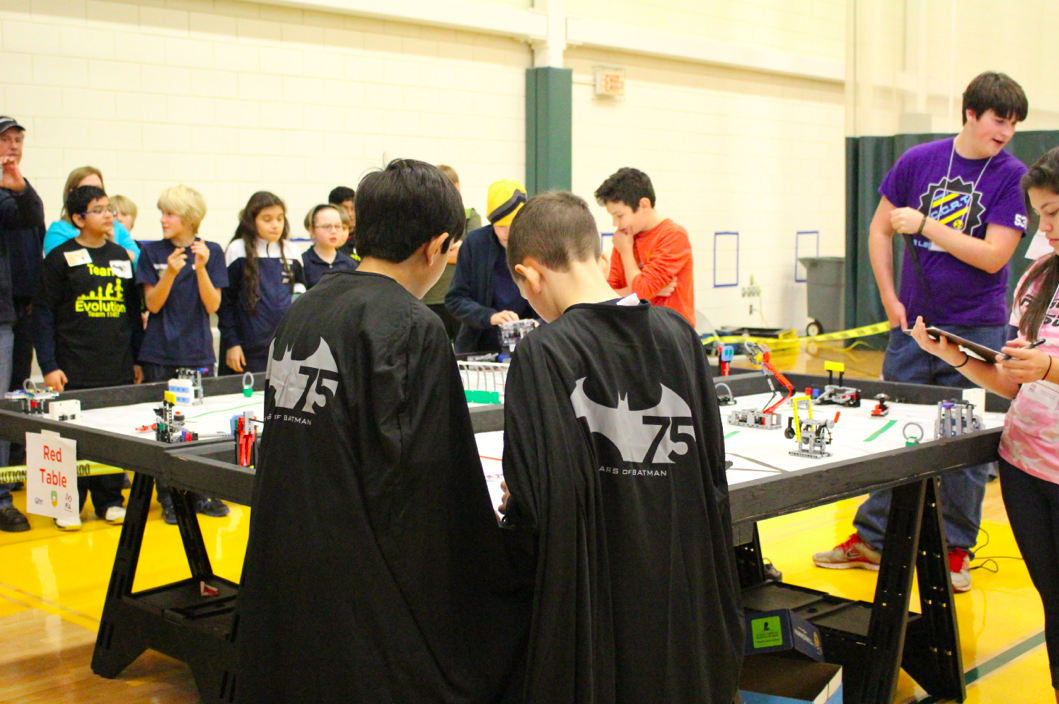