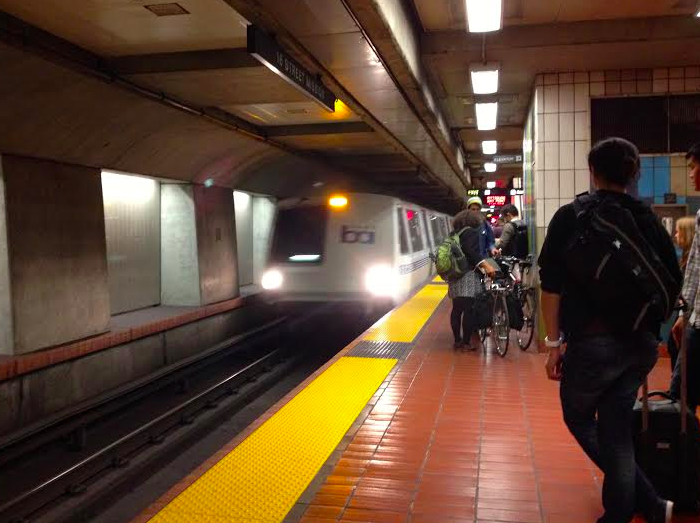 After graduating from college this spring, I spent a week at my parents’ home in Greenwich before getting on a one-way flight to Oakland.

For the past week I have been a resident of North Berkeley, California, and I am more baffled than proud.

The neighborhood in which I live is about a thirty minute walk from the Berkeley that people think of — home to the university and the youthful college town.

North Berkeley is rougher around the edges and not exactly what I expected. It is still too soon to tell if the Bay Area is indeed where I belong, but here are some of my initial pros and cons on: The battle of Berkeley vs. Greenwich.

1. Pedestrians always have the right of way. I’m not saying in theory, either. If you stand at the edge of an intersection, cars will just stop for you regardless of whether or not there is a sign to tell them to do so. They just stop. You can just walk across the street. It is the most bizarre thing I have ever seen, as I was raised in the “that Range Rover is worth more than you and will run you down” streets of central Greenwich.
Point: Berkeley.

2. A lot of people told me not to worry about my safety when I moved to my first pseudo-city. “Berkeley is just like Greenwich,” they said, “Only, you know, less stuffy.” But I’ll be blunt: they had no idea what they were talking about. Berkeley, and the Bay Area in general for that matter, shift from street to street, and as the new kid on the block I have already found myself in a lot of sketchy areas with a lot of sketchy people. Lessons learned in my first week here: Don’t go to McDonald’s after 8pm if you don’t want to be leered at and harassed as you eat your French fries. Always pay the two bucks to take the BART (Bay Area Rapid Transit) home after dark rather than walk. Keep a decoy wallet in your pocket with a couple bucks and an out of date library card just in case you get cornered.

In Greenwich I was presumed to be the biggest risk on Greenwich Avenue when I dyed my hair pink in 7th grade. In North Berkeley, I attract all sorts of unwanted male attention if I so much as walk to the grocery store.
Point: Greenwich.

3. Because of some deal made between the soda companies and the state government (the logic of which I didn’t retain when my boyfriend patiently explained it over lunch), fountain soda is absurdly cheap in California. The large Diet Coke that would have cost me $2.50 in Greenwich is 99 cents here. I know that seems trivial, but that is going to save me more money than I would like to admit.
Point: the entire state of California.

4. I might be wrong about this one, but I don’t think there are fireflies here. One of my favorite aspects of summer in Greenwich is catching fireflies on the front lawn with my dad, an activity I will never be too old for. It just doesn’t feel like summer without those cute little buggers to cup between my palms and then release.
Point: Greenwich.

5. The weather is really weird. Summer in the Bay Area is more like spring in Greenwich, only real spring and not the bizarre hot/cold mess we’ve had the past few years. I don’t leave my apartment without my leather jacket, knowing even if it’s 75° during my lunch break it will still be 60° on my walk home. Thankfully I love my beaten up leather jacket, so I am grateful for the opportunity to actually wear it. And apparently fall in the Bay Area is like summer in Greenwich, so I think I’m okay with this one. Especially considering my apartment does not have air conditioning.
Point: Berkeley.