Stanwich School hosted for its sixth to ninth grade students a showing of the film Screenagers (2016), a documentary that examines the effects digital technology and excessive screen time have on children and adolescents. 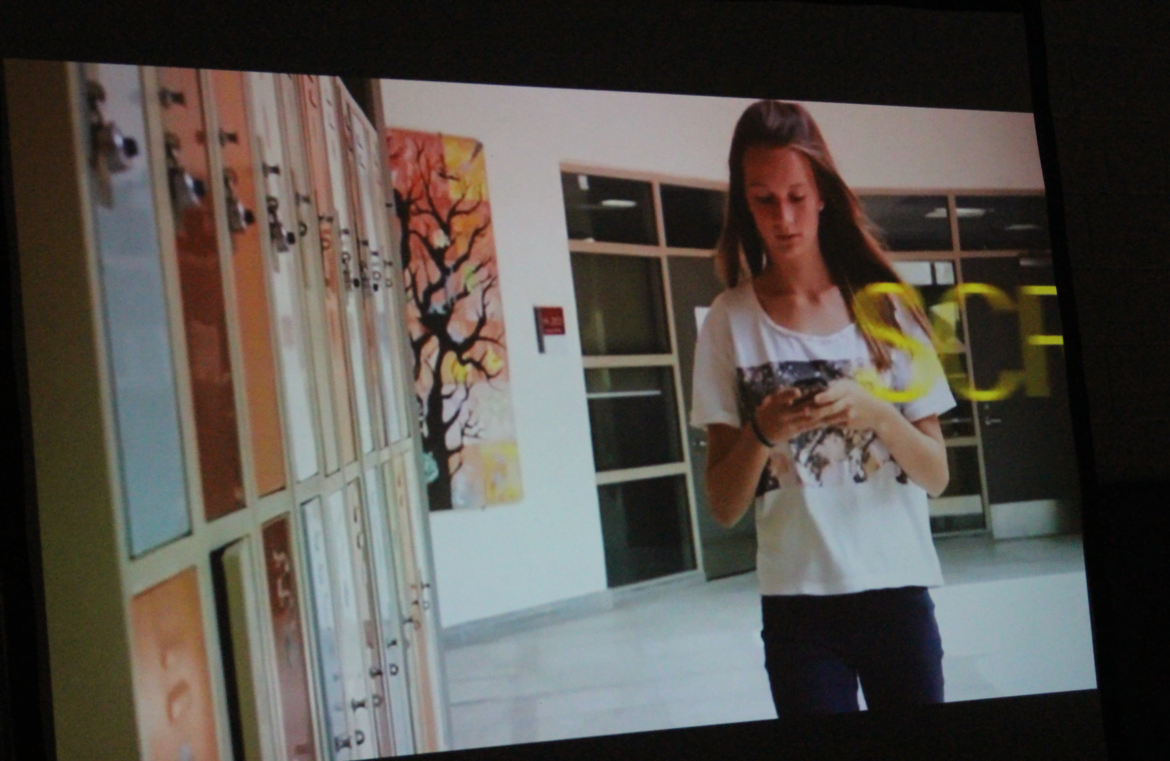 The documentary “Screenagers” takes a look at the downsides of too much time on digital devices.

What starts out as a mother’s attempt to anticipate the consequences of giving her 13-year-old daughter a smartphone evolves into a larger investigation on the impact digital technology has on children’s cognitive capacity and emotional well being.

Often at the expense of schoolwork, she found children spend on average six and a half hours a day looking at screens.

With an entire generation growing up with digital technologies and spending time on screens on multiple media platforms (cellphone, tablet, computer, television etc.), there are concerns children’s excessive attention to screens adversely impacts their cognitive development, ability to feel empathy, and have good sleep. The documentary reveals digital technologies to be highly addictive.

Indeed, many students interviewed in the film commented that cellphones make it difficult for them to concentrate in class and while trying to do their homework.

And though not all children may have access to a smartphone, they have increasing access to other media technologies, as more and more schools look to provide digital tablets equipped with educational software and programs for students to use during school time and at home. 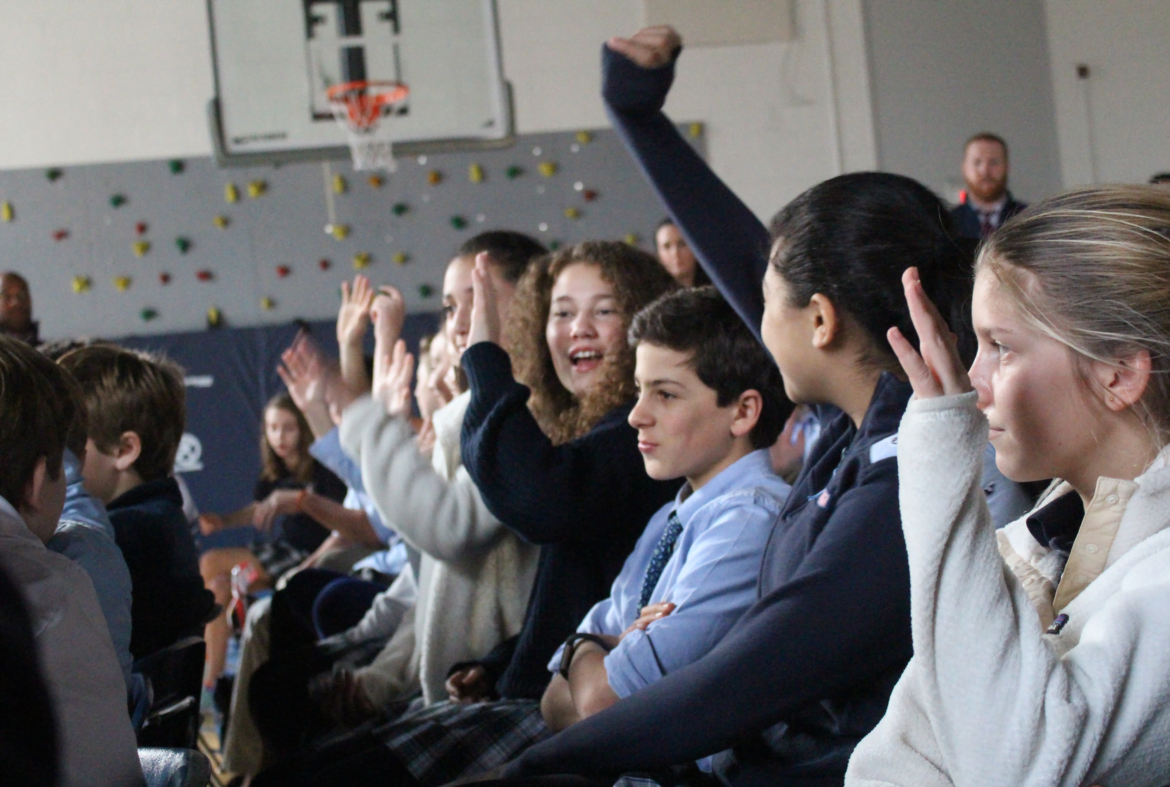 Though such initiatives also aim to grant poorer students access to digital, the film suggests that such measures do more harm than good, citing decreases in class performance for this demographic.

Largely owing to a lack of access to extra curricular activities and lack of parent supervision due to family circumstances (e.g. single parenting), these variables make it particularly difficult for children to stay focused and complete schoolwork, and, in turn make it easier for children to be distracted by the entertainment and leisure offered by the virtual world.

What is particularly concerning parents and experts however is the violent content of many video games.

War games that were originally designed as training simulations for soldiers have now been made available to the general public, leading more and more children to become desensitized to violent and even abject imagery. 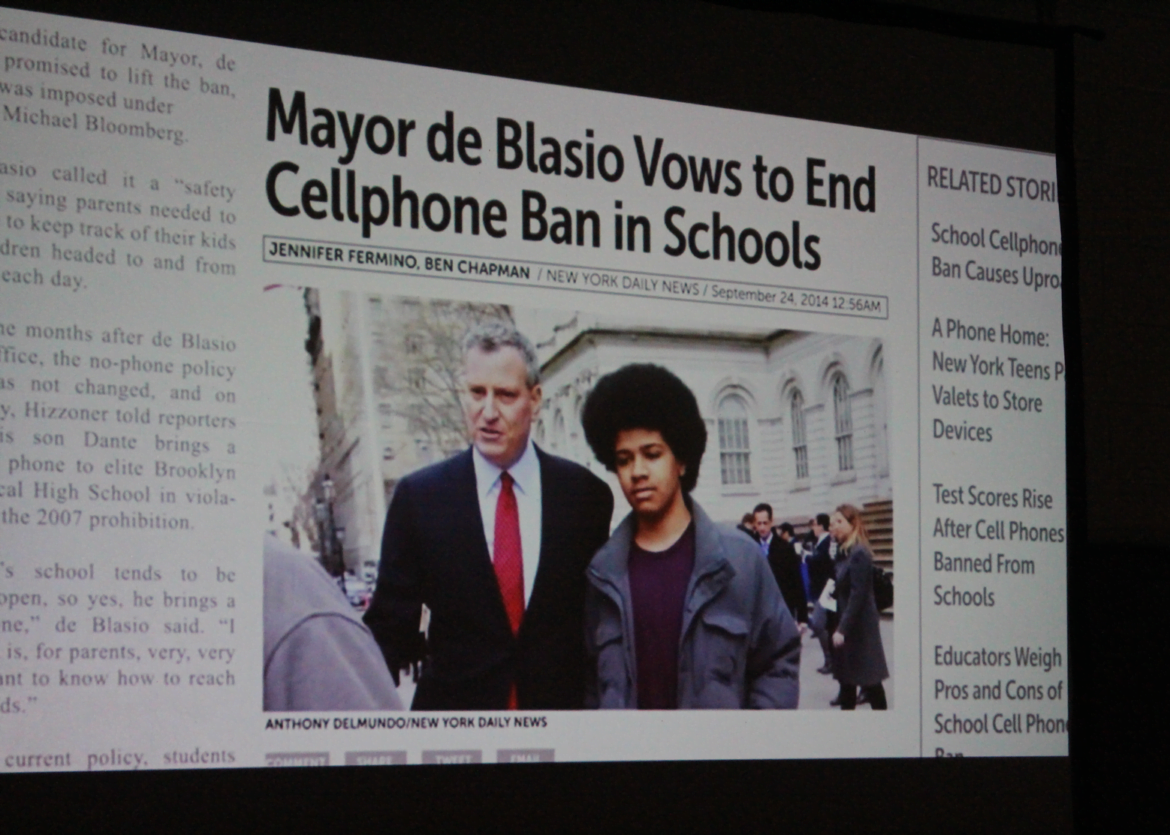 Students at Stanwich School were surprised to learn that for a time cell phone were banned in New York public schools. Students checked their phones in with valets in trucks outside their schools, and retrieved them after school.

Social media sites such as Facebook, Instagram and Snap Chat were shown to be more popular among girls. While these sites make it easier for students to stay connected to their friends and communicate with classmates and peers, each mode of social media nonetheless instrumentally shapes how children perceive the world and their place in it. The film explores how many of these sites are orientated around appearance. In other words, children (in particularly girls) are told from a young age that their value and self-worth are fundamentally dependent on their looks.

Dopamine Rush
Screenagers reveals that when engaging with digital media, whether getting a notification on Facebook or a text message on a phone, the brain releases the chemical dopamine, which directly corresponds to the feeling of pleasure and is the same chemical that is linked to gambling, alcohol and drug addiction. 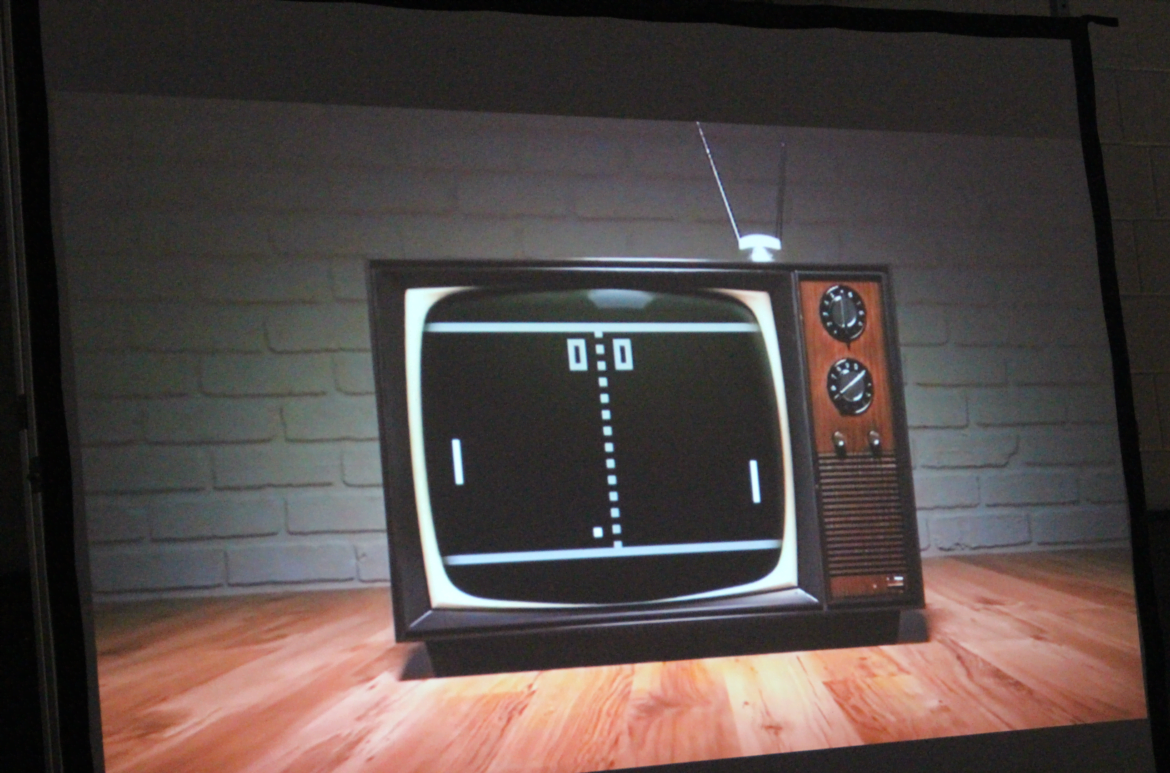 Parents of teenagers today did not have cell phones, internet or social media when they were teens. Some parents remember playing “Pong” on their televisions.

Avoiding Eye Contact
The inclination to check devices is also brought on by a desire to avoid awkward encounters – an observation that is echoed by the filmmaker’s daughter when asked why she wants a smartphone.

Experts interviewed in the film however stress how conversing face-to- face allows children to see the consequences of their words and actions towards the other individual and therefore emphasize the necessity of face-to- face contact for children’s emotional development and capacity to build empathy and compassion for others.

Though measures parents take in monitoring their children’s technological use vary, a common thread among each of the parent’s interviewed in the film is to model the appropriate behavior and to create some sort of balance for their children.

In recognizing that digital technology is here to stay, the film does not offer an overarching solution to the problem, but does offer daily strategies to reduce technological consumption. 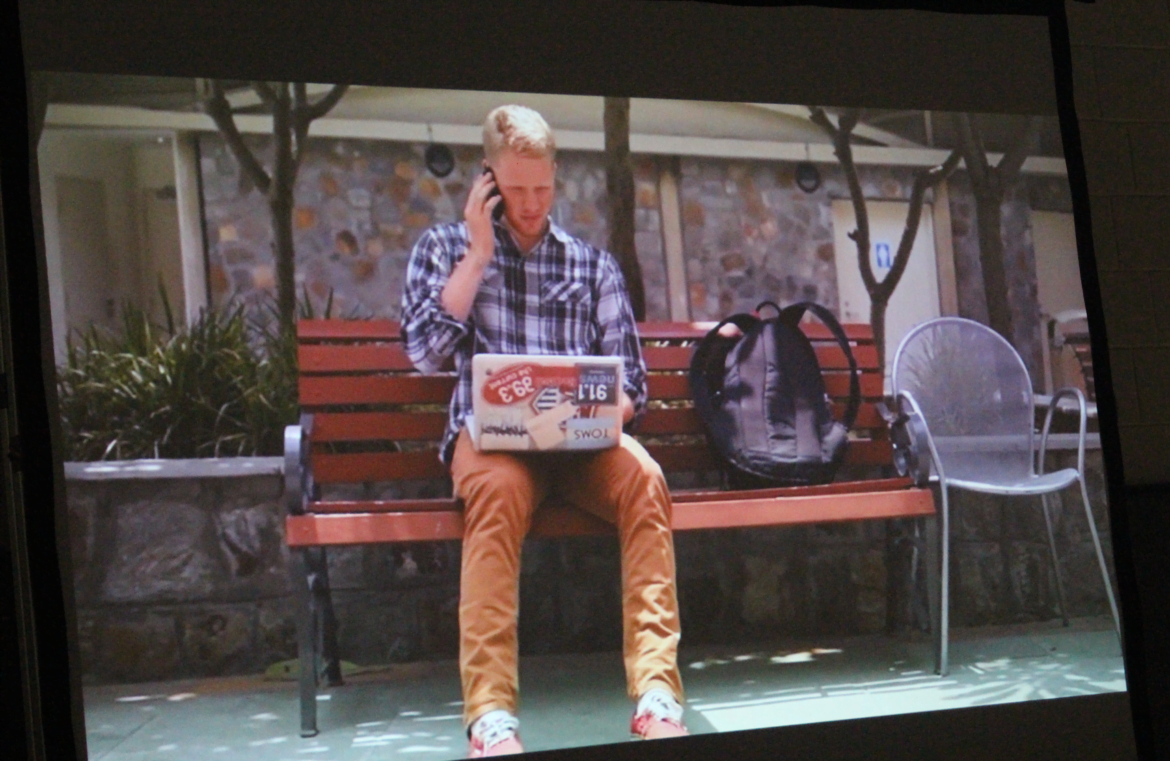 Stanwich sixth grader, Leo, said he does not own a cell phone and agreed with the film’s argument that the devices are addictive.

Reporter, Julia Sarantis is a member of the Connecticut College class of 2018.