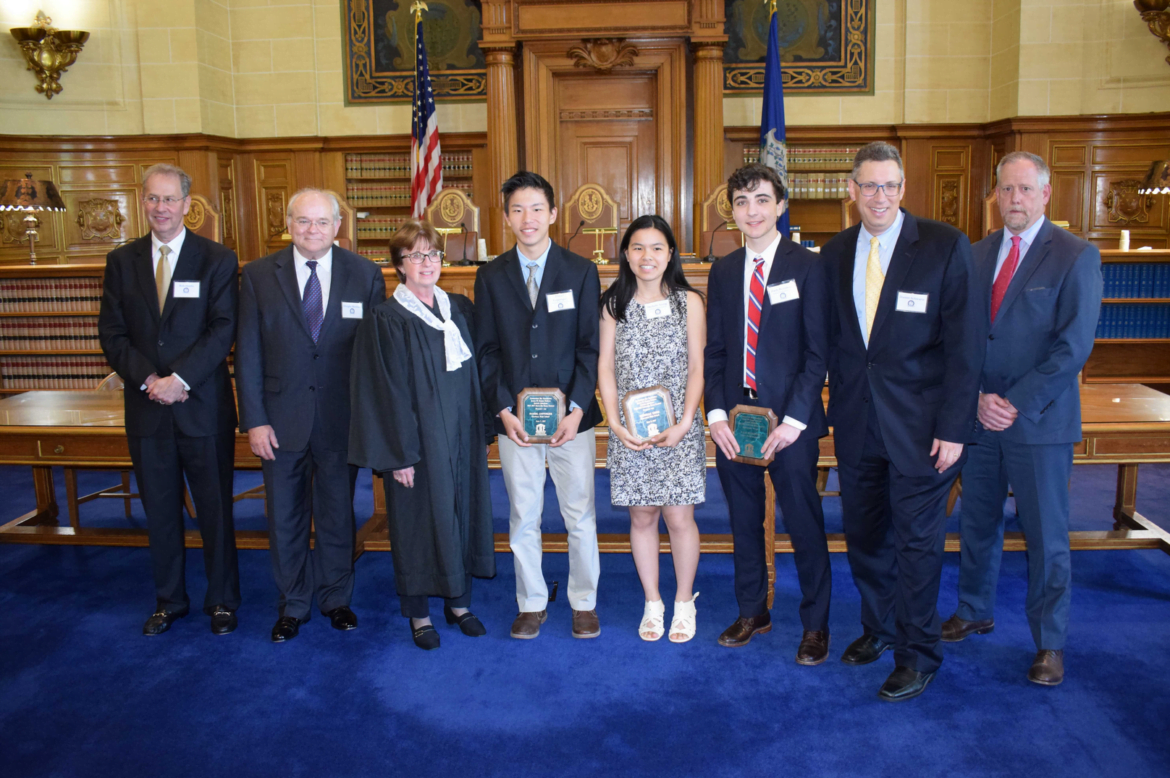 Michelle wrote an essay on the topic, “Taking a Knee or Taking a Stand,” which deals with school discipline in a case involving a high school athlete’s refusal to stand for the national anthem and a fellow student’s reaction to his protest.

Students were asked to assume the role of the lawyer for the School Board, who has been tasked with preparing a memorandum with a recommendation on what is or is not an acceptable form of protest by these two students.  Contest entrants were to write a paper, not to exceed 1,000 words, taking a position on this issue. 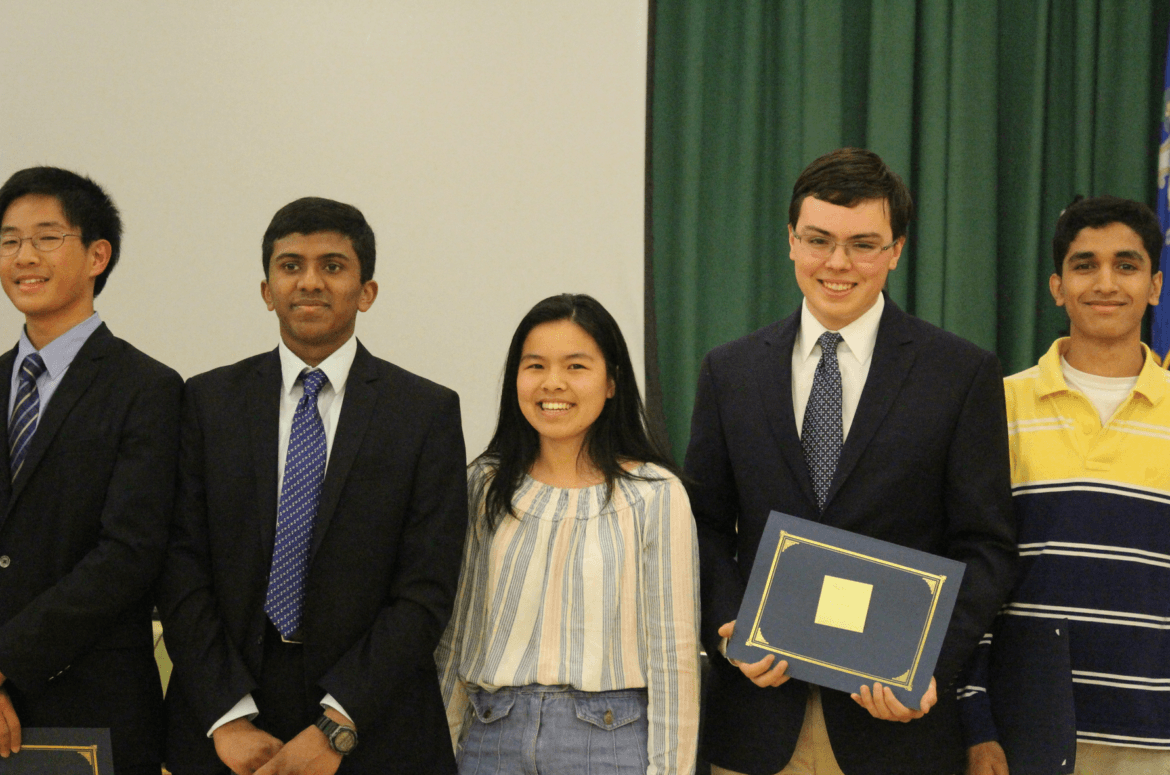 Michelle Xiong (center) being recognized at the May Board of Education meeting. Photo: Leslie Yager

Michelle Xiong has actively participated in the debate team and the Girl’s Empowerment Club (co-president) at Greenwich High School.

Michelle’s extracurricular activities outside of school include writing for Greenwich Free Press, serving on the Student Advisory Board at “She’s the First,” a non-profit organization that gives scholarships to girls who will be the first to graduate in their family and mentoring middle school girls in the Positively More program at the Junior League of Greenwich.

Michelle plans to pursue a science or engineering degree in college.

The Connecticut Bar Foundation, established in 1952, is a non-profit organization that administers the Interest on Lawyers’ Trust Accounts and the Interest on Trust Accounts programs for the benefit of legal services agencies and for law school scholarships based on financial need.  It also administers the Judicial Branch Grants-in-Aid and the Court Fees Grants-in-Aid programs for legal services organizations.  The Connecticut Bar Foundation James W. Cooper Fellows Program was established in 1994.  The Fellows promote a better understanding of the legal profession through the sponsorship and production of a diverse array of programs and projects, which seek to improve the legal profession and the administration of justice in Connecticut.  Quintin Johnstone was a professor at Yale Law School before his death in 2014.  Professor Johnstone served as president of the Connecticut Bar Foundation from 1987-1991, participated in a variety of Fellows Projects for many years, and was a longtime member of the Fellows Education and Program Committee, which helps to organize the annual Essay Contest.