The Greenwich High School Class of 2018 announced on Tuesday that they have selected Officer Carlos Franco as their Commencement Speaker for the June 20 graduation.

Greenwich High School’s School Resource Officer for the last eleven years and the first to hold the position, Officer Franco has been selected by the students he has served to support and protect to share words of advice and well wishes at their graduation ceremony.

“Officer Franco has been a vital addition to the life in and outside of Greenwich High School as our School Resource Officer. He has dedicated so much of his time to help this school community that we wanted to give back. Because he will also be leaving along with the Class of 2018, we all agreed he would be a perfect fit for our commencement speaker,” said GHS Senior Class President Alissa Landberg.

“School Resource Officer Carlos Franco is a fantastic choice for our GHS Graduation. Carlos has worked extensively with school administrators during his time at GHS to shape the SRO position into one that is now recognized as exemplary by other districts,” said GHS Headmaster Chris Winters, adding, “Carlos appreciates that effective work in schools requires deep connection and guidance to our students as they work to make smart decisions. Carlos is a trusted and respected authority figure by students, staff, and parents.”

Winters said Officer Franco has made the high school safer, smarter, and stronger in his 11 years in the position.

“On a more personal level, Carlos’ generosity and patience have endeared him with all,” Winters said. “His confident demeanor and warm smile will be missed in the hallways of GHS. I’m very pleased that the Class of 2018 chose to honor Carlos as their speaker.” 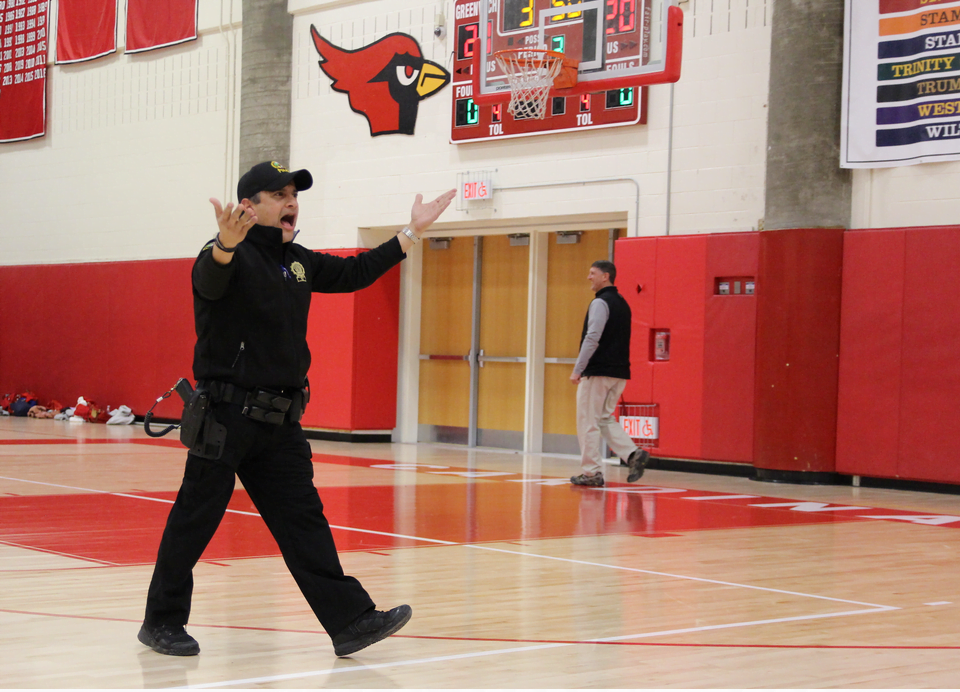 Officer Carlos Franco got the Cardinal Crazies to cheer at a basketball game in February. Photo: Leslie Yager

He has held the position for eleven years beginning with the 2007-2008 school year.

Prior to his role as SRO, Officer Franco served as a patrol officer and was the recipient of numerous Ribbons of Commendations. Before joining the Greenwich Police Department in 1998, Officer Franco was employed by the New York City Fire Department (FDNY). He also served his country as a member of the military.

Greenwich High School (GHS) Graduation will be held on Wednesday, June 20, 2018 at 6:30pm* at the high school’s Cardinal Stadium. *In case of inclement weather, the commencement ceremonies will be held indoors in the GHS Performing Arts Center in two groups – students with last names beginning with A-K will begin at 4:00 p.m., and students with last names beginning with L-Z will begin at 7:15 p.m. While seating for the outdoor ceremony is unlimited and on a first come, first serve basis, each family will receive three tickets for use in case there is an indoor ceremony. 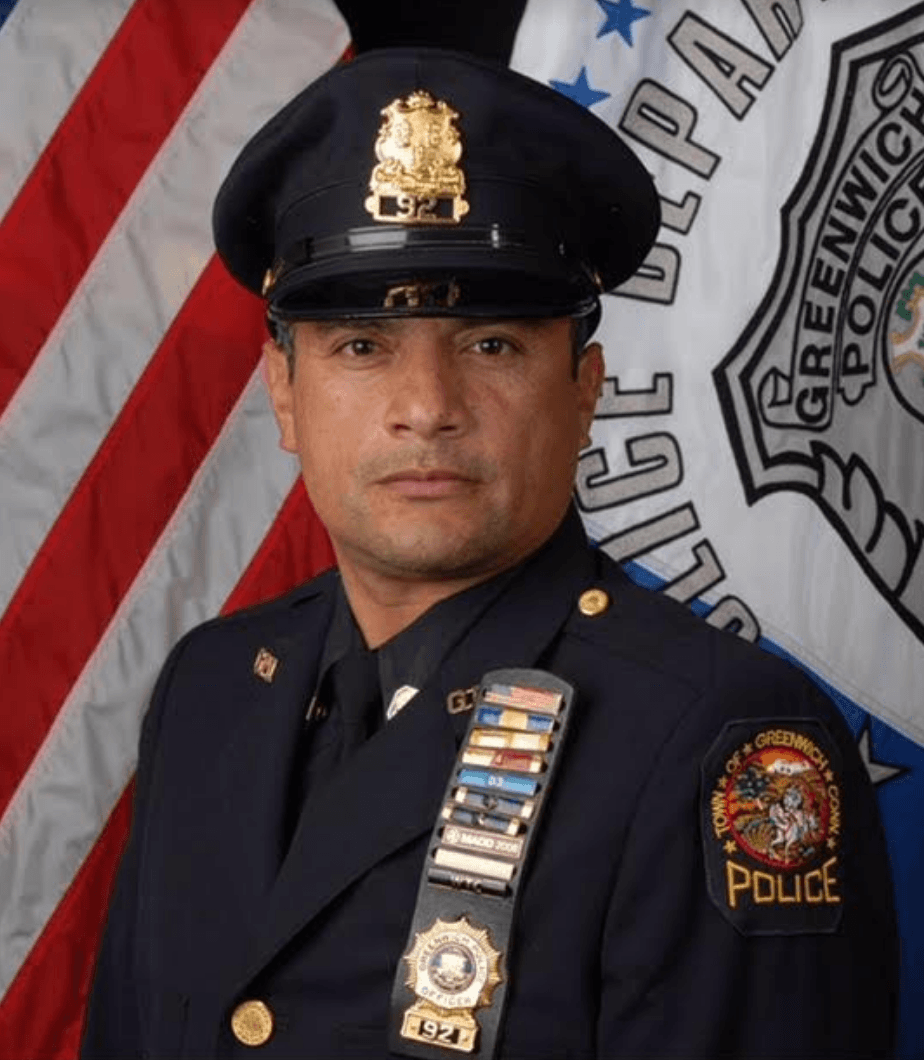