On Monday morning GHS sophomores from Innovation Lab headed to Greenwich Avenue to conduct “man in the street” interviews as part of their unit on the Progressive Era and muckraking journalism that exposed problems brought on by rapid industrialization and growth of US cities around the turn of the century.

“They’re looking at what change makers have done in the past. They’re also studying techniques of persuasion,” said Innovation Lab teacher Michael Belanger, who explained that some of the students were focusing on environmental issues, others focusing on  local non profits, and others were focusing on the topics of free speech or the local business environment.

The students all rode the CT Transit bus – a first for some, and a daily ritual for others – which delivered them to the intersection of Havemeyer and Mason Street.

From there, they split into groups of two, three and four, with each group having selected an issue of interest to Greenwich residents, and dispersed to conduct their interviews.

Veronica Paez-Deggeller and Delilah Brien, whose topic concerned the business climate on Greenwich Ave and its future, stopped at The Tobacconist of Greenwich, which has been in business in Town for 44 years.

The students chatted with Michael Cafagno, who let them film his interview for the documentary they will make for their project.

Cafagno said he’d taken over the store from Jimmy Lacerra many years earlier, and that independent shopkeepers on Greenwich Ave have a good sense of community. However, he said online shopping had taken its toll.

Still, he said brick and mortar stores are where the majority of retail transactions take place and that it’s important not to underestimate the value of the interaction between shopkeeper and customer.

“We have a strong sense of community on Greenwich Avenue,” he said, and suggested a few stores where the students might interview business owners.

At La Fenice Gelateria at 315 Greenwich Avenue, the students talked to a customer named Kelly who said she wished the Avenue would cater more to local residents and families. “We don’t need all these high end stores,” she said. “I like a small places like this gelato shop with quality products.”

She suggested that the town devise incentives for those type of businesses to take up residence on the Avenue and that lower rents would go a long way toward that end.

At Zyn’s News & Cigars, Piyush Sheth, who has been in business on the Avenue for 25 years, said his customers complain about the lack of parking. He said store employees park on Greenwich Avenue and feed the meters throughout the day rather than parking a block or two away in municipal parking lots.

“My customers drive around the block four times before they find a parking spot,” he said. “They’re angry when they finally get here.” 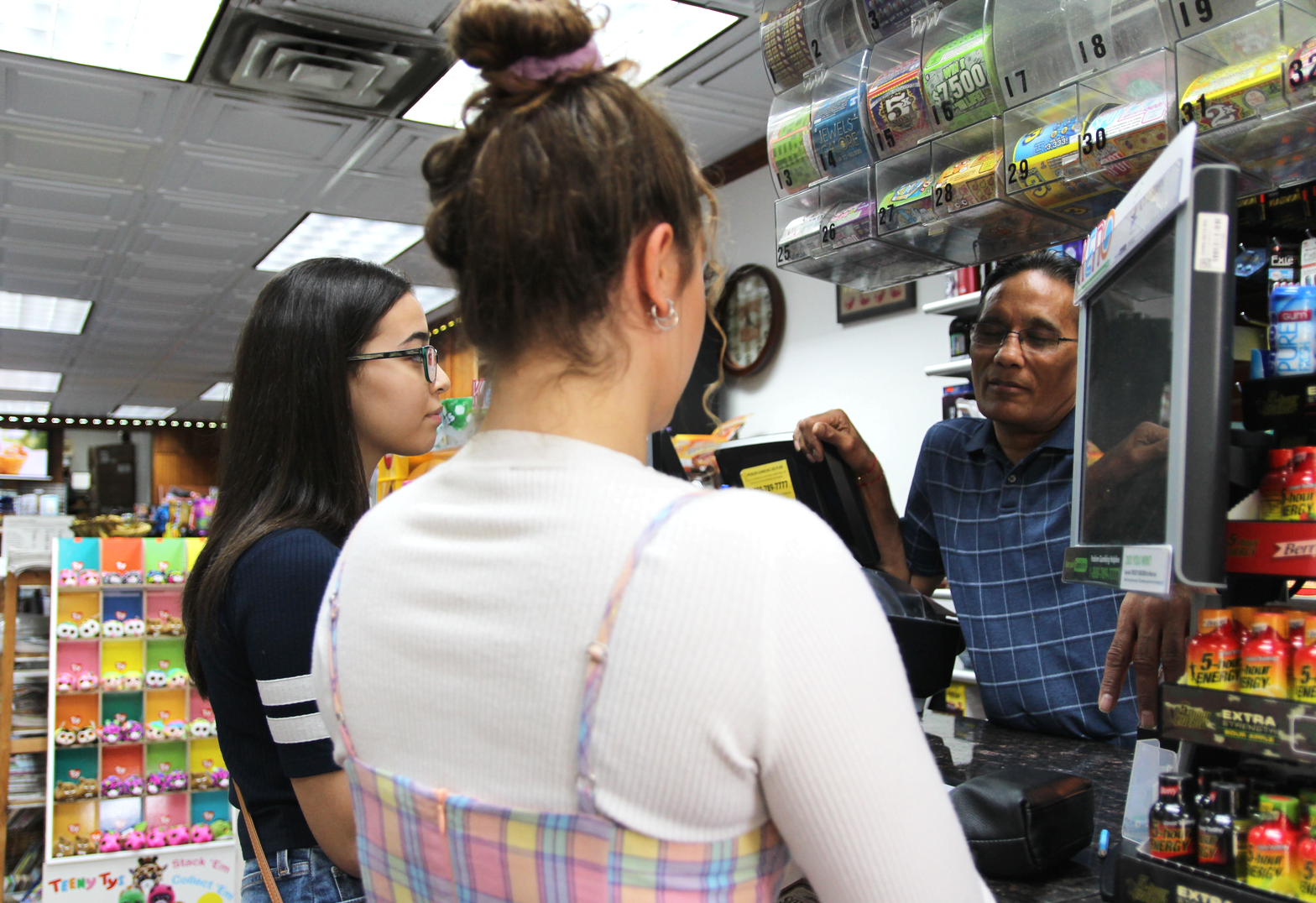 At Zyn’s News & Cigars Veronica Paez-Deggeller and Delilah Brien talked to the owner about life as a shopkeeper on Greenwich Avenue.

At Ruby and Jenna, which caters to young people, employees said there are fewer and fewer stores on the Avenue that cater to teenagers.

They pointed to the closing of both Claire’s and Ralph Lauren as examples, and predicted the future will be more and more high end stores, though they said the recent changes in zoning that allow more restaurants might make the Avenue more of a destination. 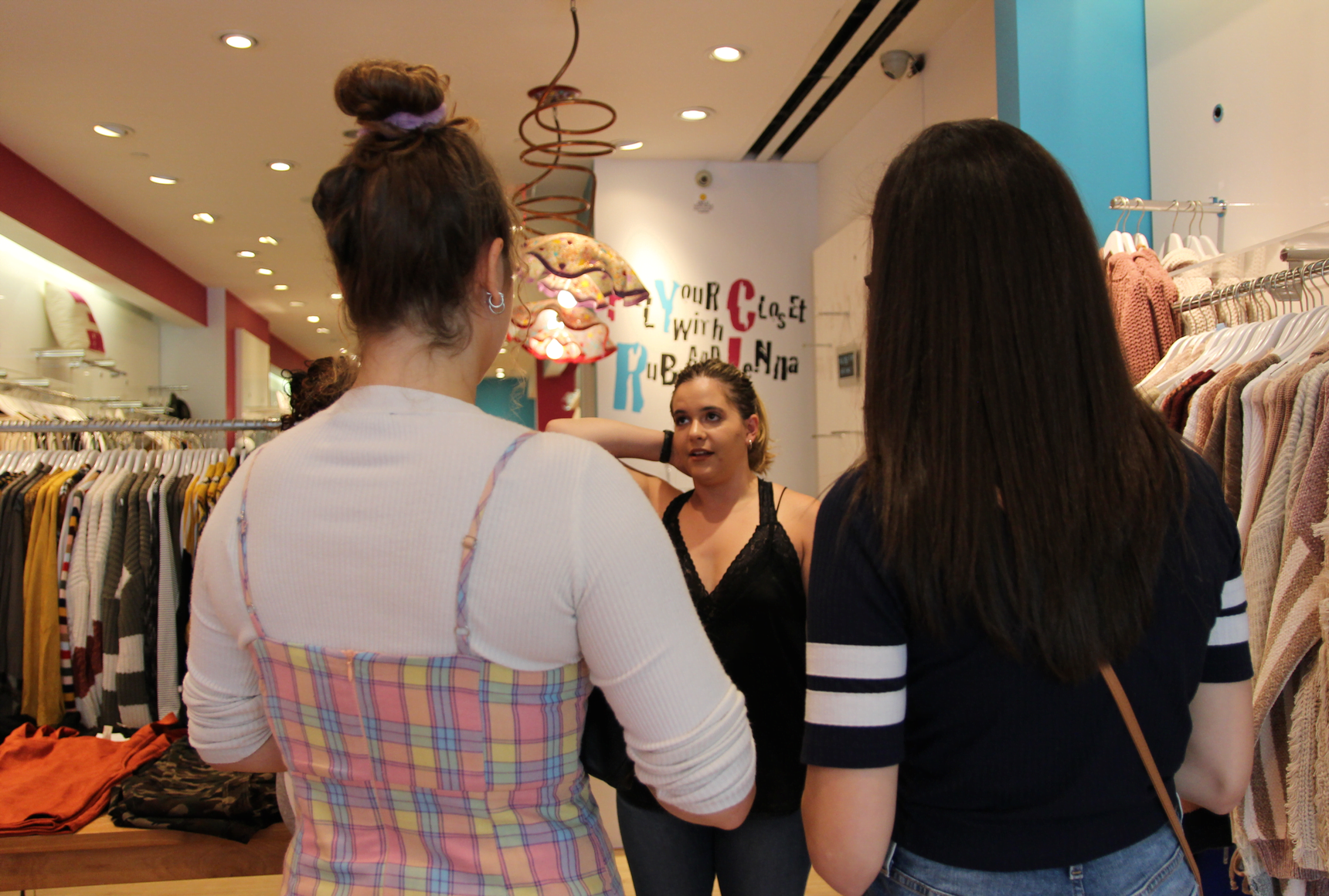 At Diane’s Books, Maria Jaramillo said the business had operated for 28 years, defying the decline of the retail book business. Jaramillo said she expected more restaurants to take space on the Avenue, but that parking and high rents remain a challenge.

At St. Moritz Bakery, baker Philip Chau said his customers complain about lack of parking, but that they were loyal and a great deal of business takes place during the holidays.

Mr. Chau, who added that St. Mortiz had been in business for 40 years, said it had been sad to see new businesses open up on Greenwich Avenue only to shutter after six months.

“You used to see a lot of window shoppers,” he said. “It’s so sad when stores close.”

Mr. Chau said even when with the offer of curbside pickup so customers don’t have to find a parking spot, there was incessant honking of impatient drivers.”It’s a struggle. There’s not too many mom and pop shops left.”

After several national franchise store workers declined to be interviewed, Delilah and Veronica detected a theme.

“I guess you wouldn’t be thinking about the good of the whole if you’re tired and working long hours,” Delilah said about workers feeding meters on Greenwich Avenue.

“It was interesting to hear the store owners’ point of view,” Veronica said. “And interesting that the big businesses said no to us wanting an interview.” 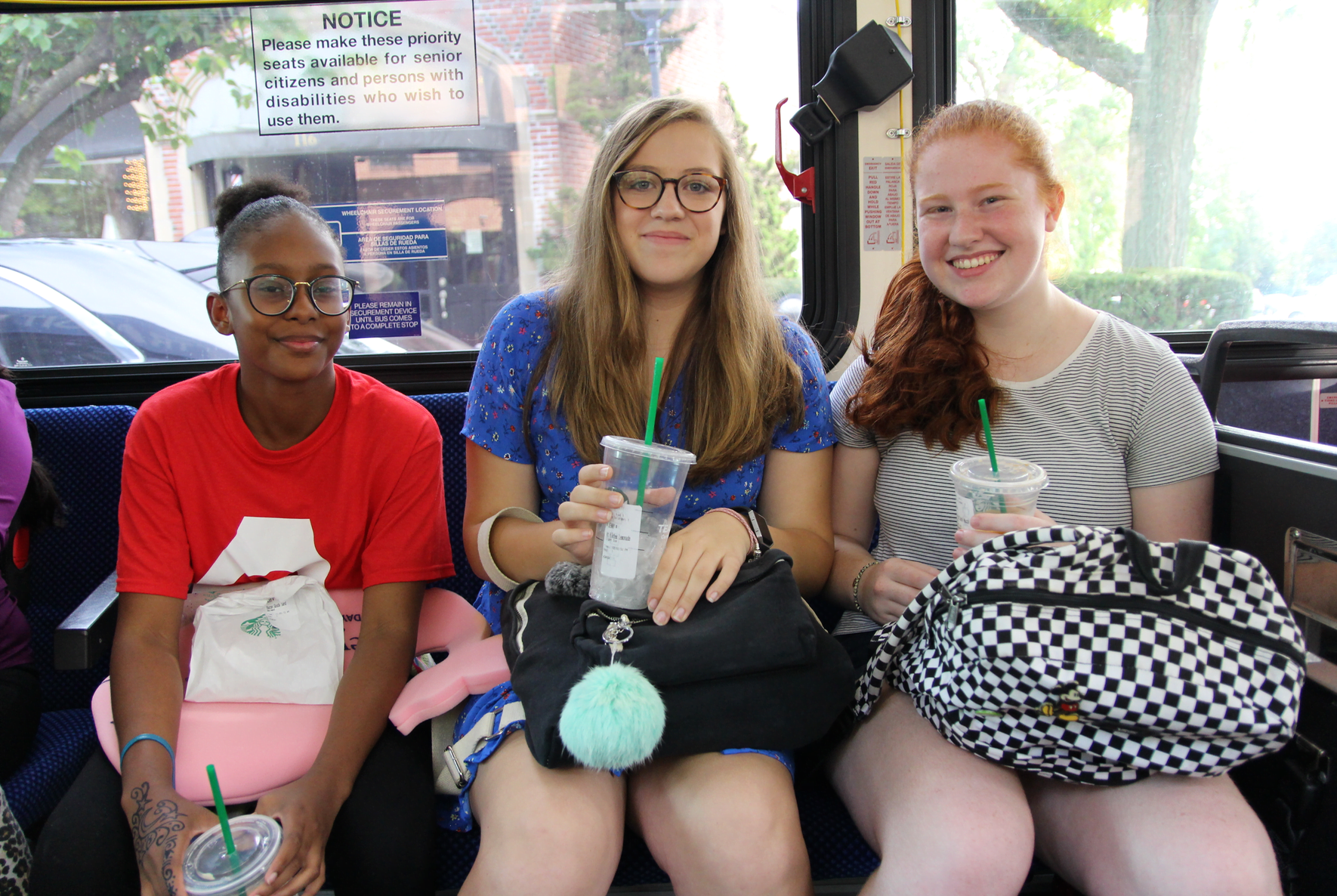 Riding the CT Transit bus back to GHS from their man in the street interviews are Alexandria Shaw, Jennie Olmstead and Ana DeMakes. Sept 17, 2018 Photo: Leslie Yager 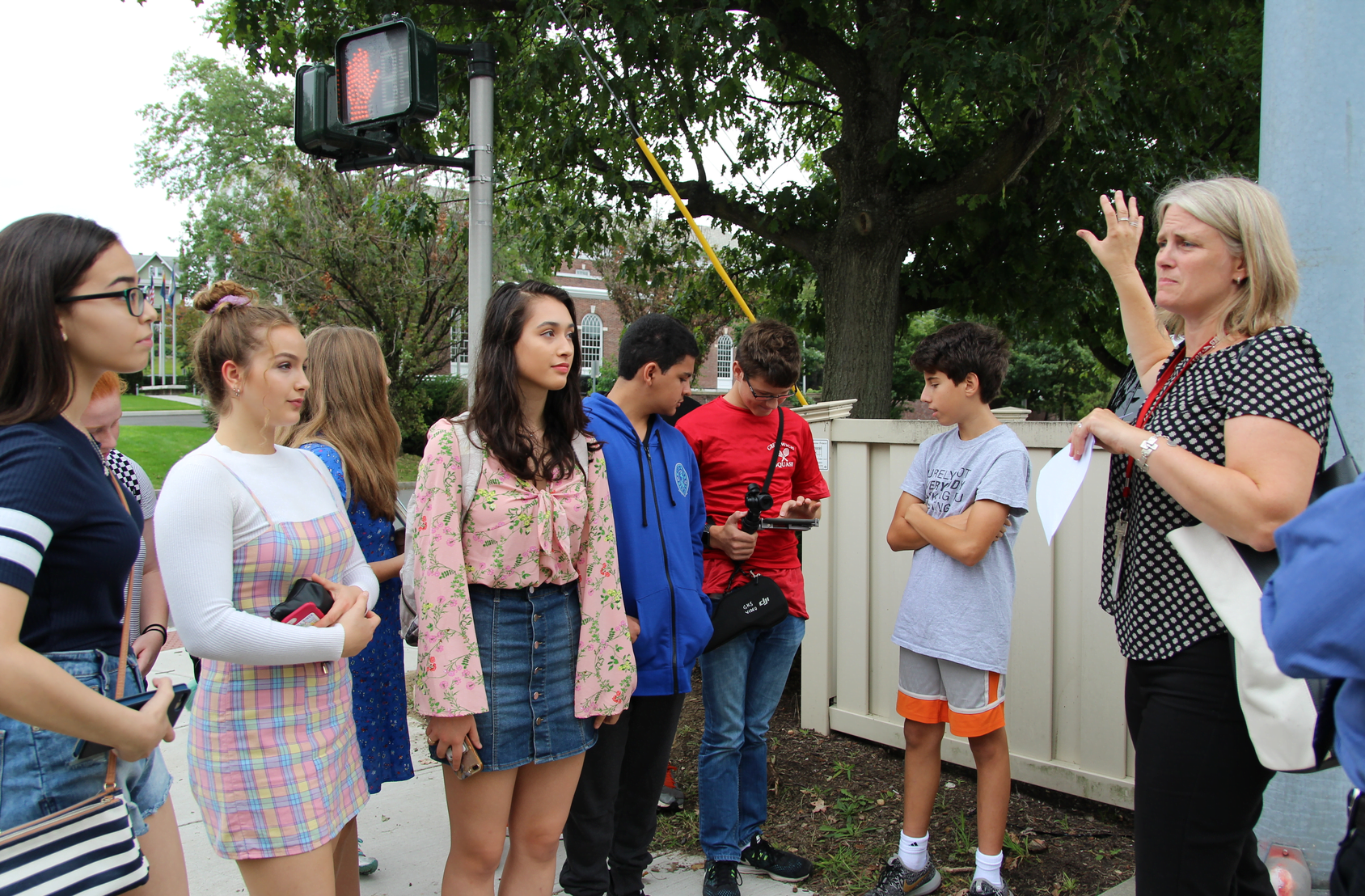 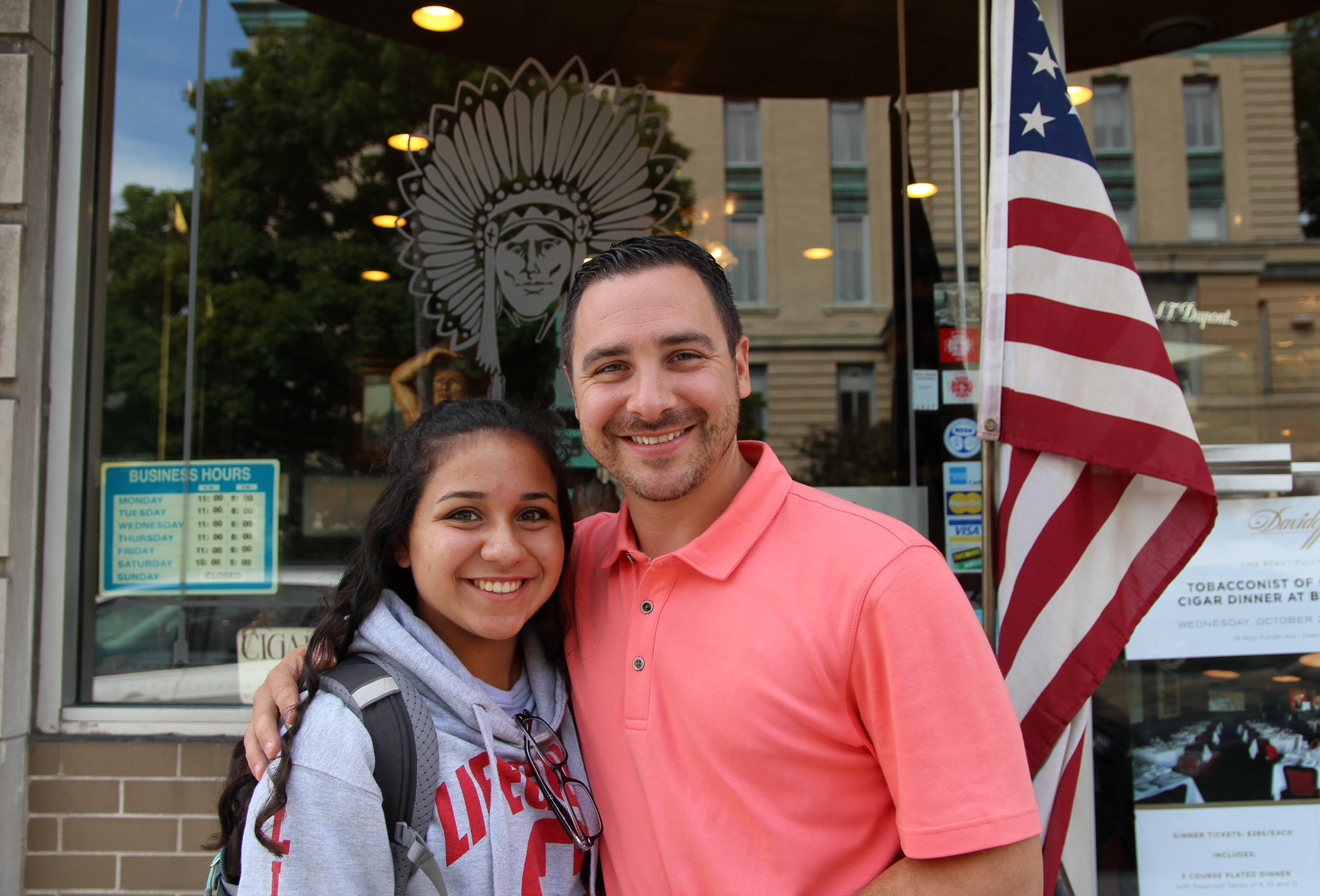 As the Innovation Lab students headed back to the city bus to return to school,Faith stopped to join her father Michael Cafagno for lunch during her open. Sept 17, 2018 Photo: Leslie Yager 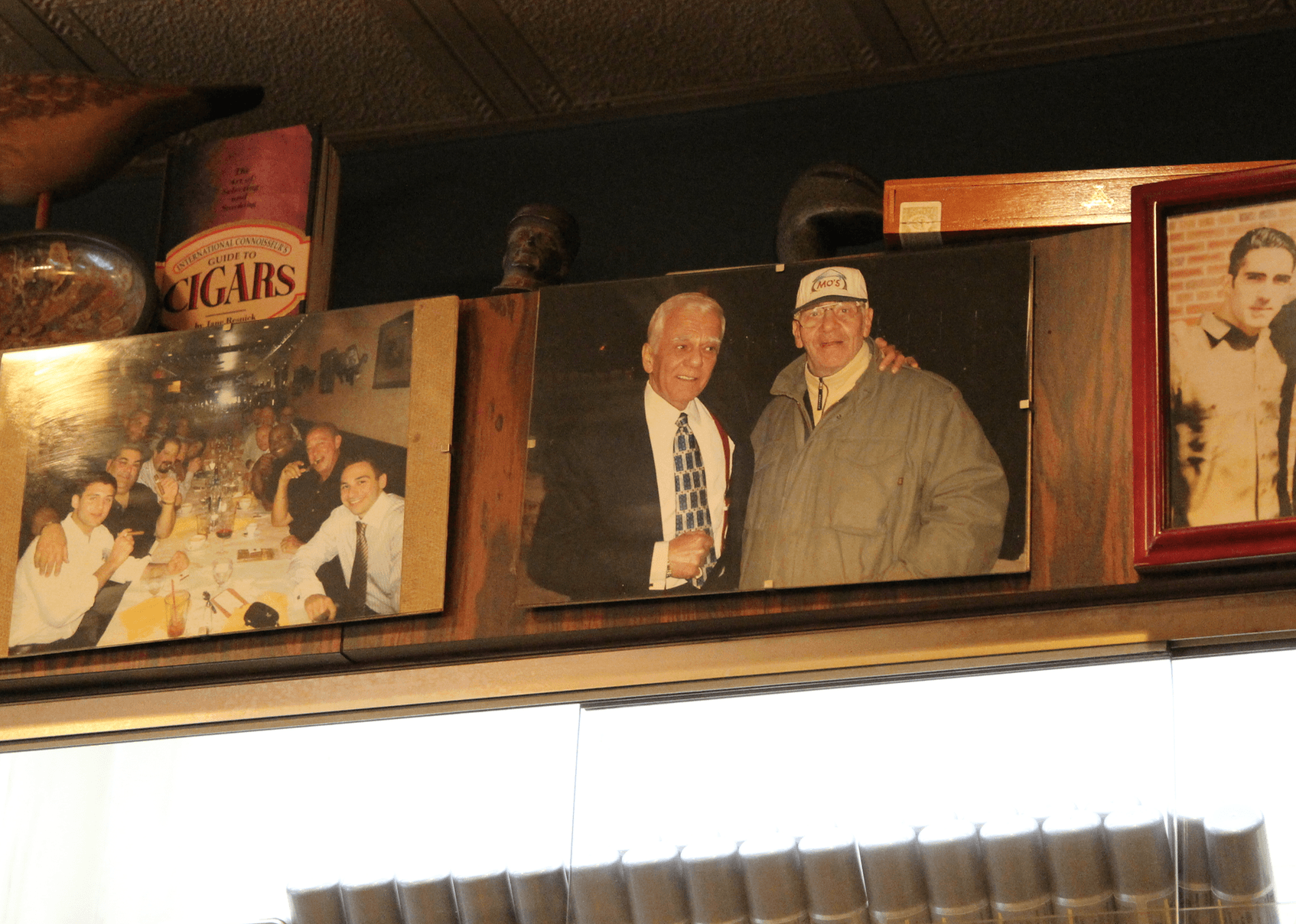 Michael Cafagno told the Innovation Lab students that he had taken over the Tobacconist of Greenwich from Jimmy Lacerra whose photo is on display in the shop. Sept 17, 2018 Photo: Leslie Yager 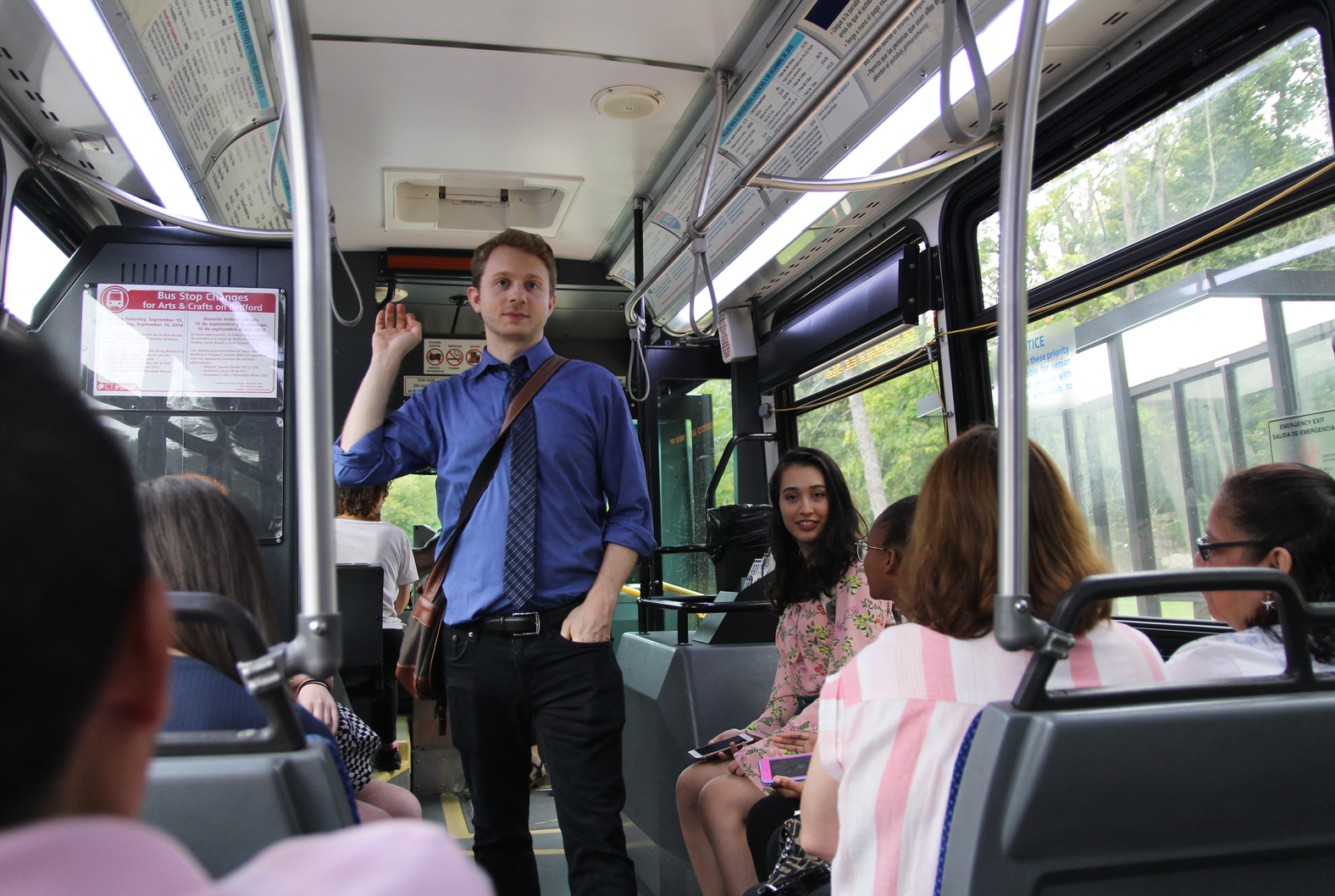