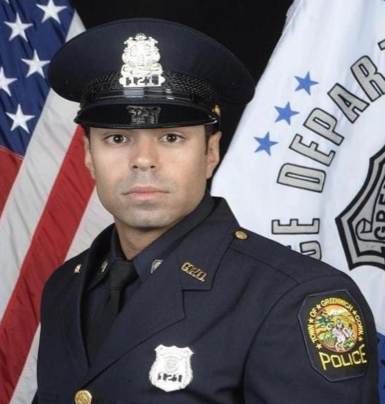 While on routine patrol, Officer Justin Rivera observed a vehicle he recognized from a previous police informational message as suspicious. The officers who had published the message were unable to establish probable cause and no arrests were made at that time. Officers conducted an impromptu surveillance of the suspicious vehicle and its occupants.

Upon his approach, he detected an odor believed to be marijuana. Officer Rivera also observed the front passenger displaying furtive movements in an attempt to discreet an item under the seat.

In addition to marijuana violations, the investigation located 11 counterfeit $100 bills. The US Secret Service wold take interest in this case as part of a much larger federal investigation into the current trend of counterfeit one hundred dollar bills being passed in the Metro New York area.

Police Officer Rivera’s recognition of the vehicle, his initiative and his sound inestigative skills demonstrate a persistent industry in the performance of his duties, and is in keepig with the ideals of the police profession.