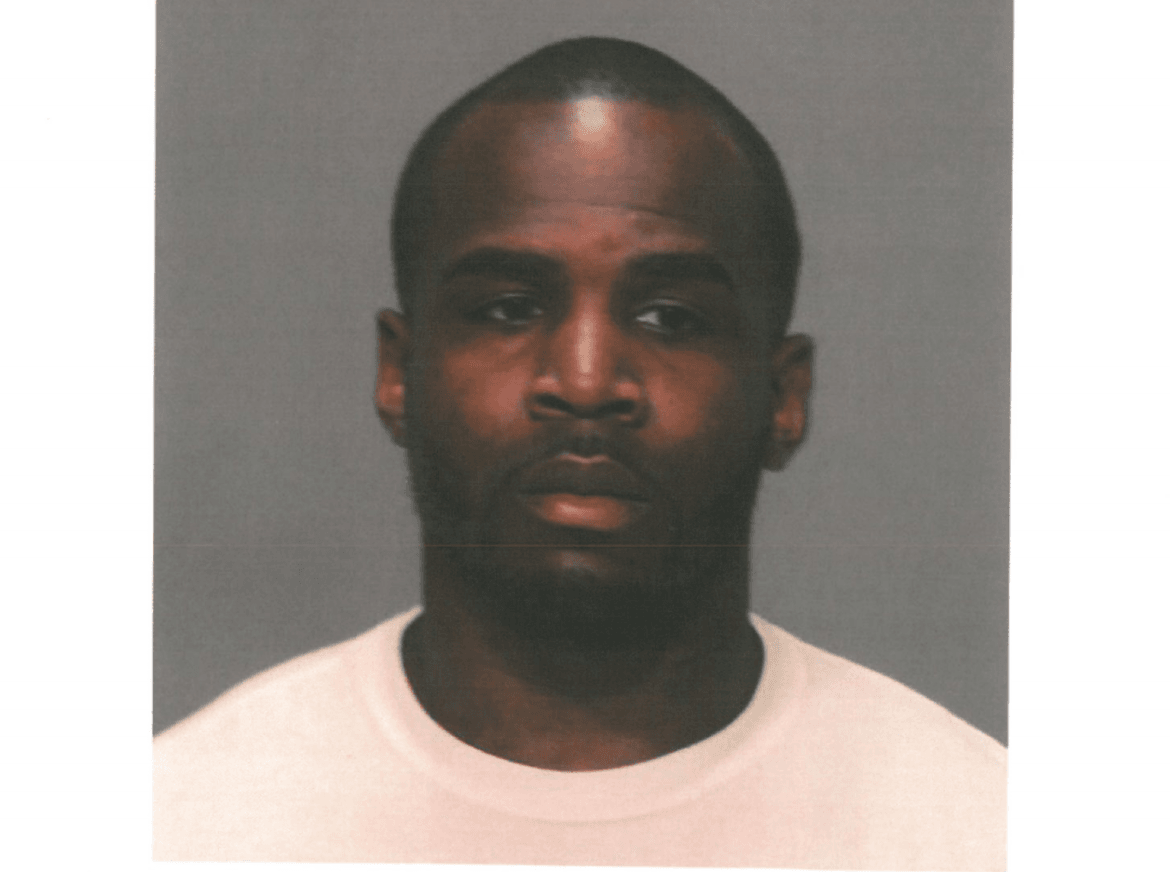 On May 18 Greenwich Police arrested a Greenwich man on an outstanding warrant for an incident that took place back in 2016.

According to Greenwich Police press information officer, Lt David Nemecek, Aswad Malik Drummond, 28, of 7 Columbus Ave in Greenwich, was a suspect in a strong-arm robbery in central Greenwich that took place in November 2016.

Drummond allegedly knocked a woman down, stole her purse and subsequently attempted to use stolen credit cards.

Greenwich Police Detectives worked the case and developed a suspect before arresting Mr. Drummond on a warrant on Thursday. 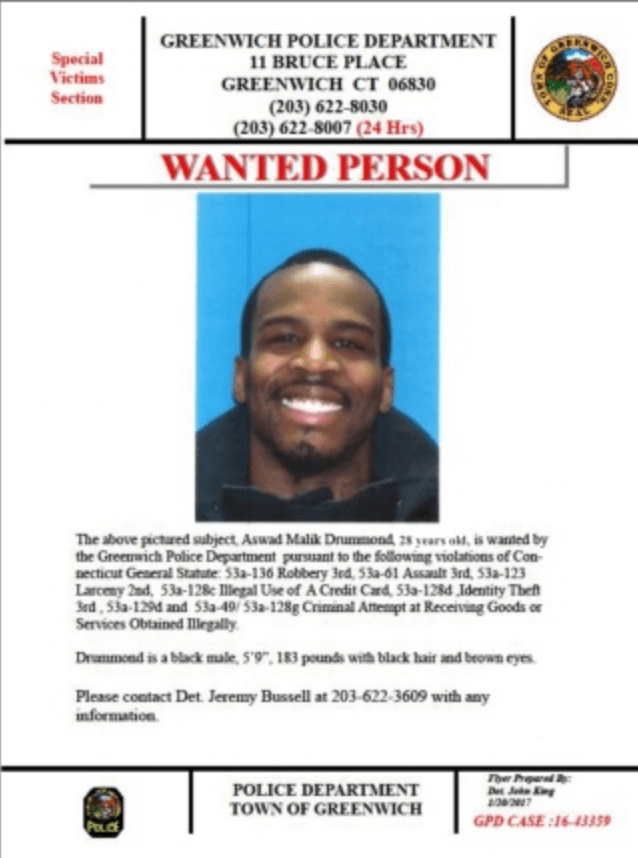 When police arrested Mr. Drummond, they discovered there was also an active warrant for Failure to Appear originating from Connecticut State Police’s Troop G.

Drummond was also charged with Failure to Appear, for which bond was set at $25,000.