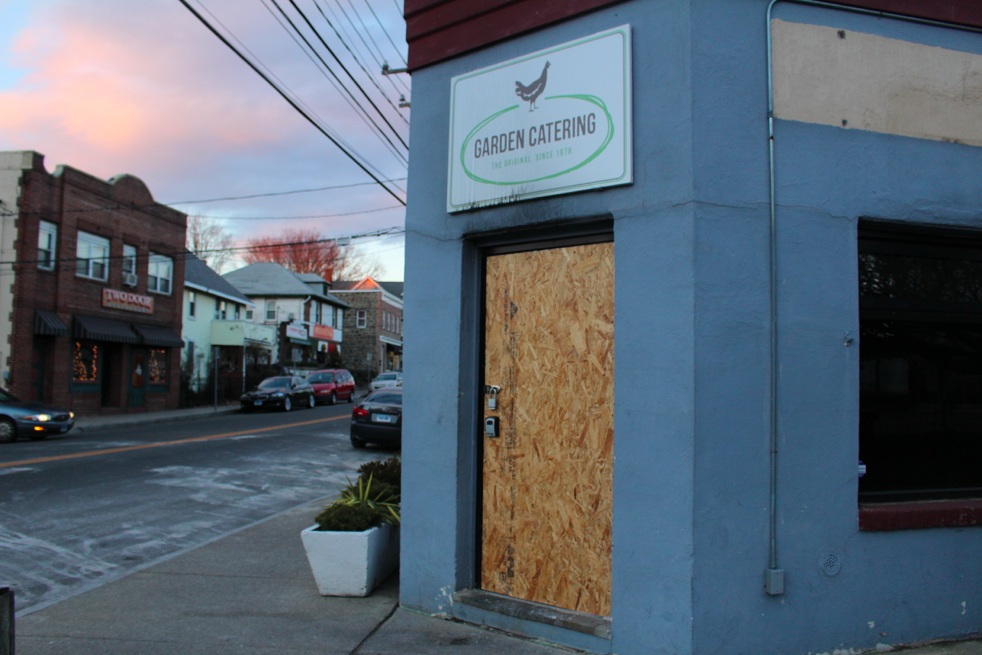 A sign in the window of Garden Catering on New Year’s eve expressed gratitude to the entire Greenwich Fire Department for responding to an electrical fire at the popular chicken nuggets location at 177 Hamilton Ave. 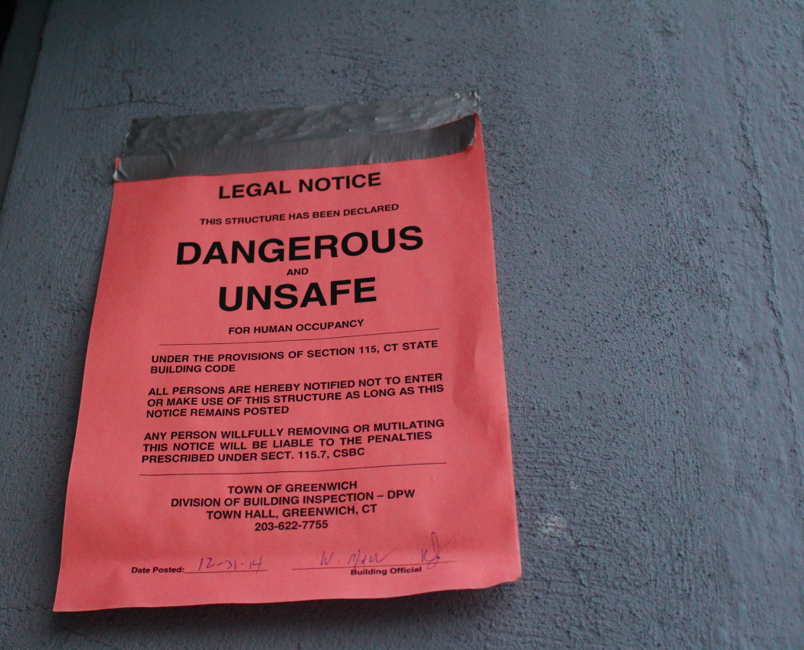 About 30 members of the Greenwich Fire Department responded to the fire just after midnight, which resulted in significant heat and smoke damage. On Wednesday afternoon the air retained the pungent odor of fire and salt covered the sidewalk along Hamilton Ave.

And while the signs posted in the blackened restaurant windows referred to an electrical fire in the catering kitchen, the incident will be investigated by the Fire Marshal. 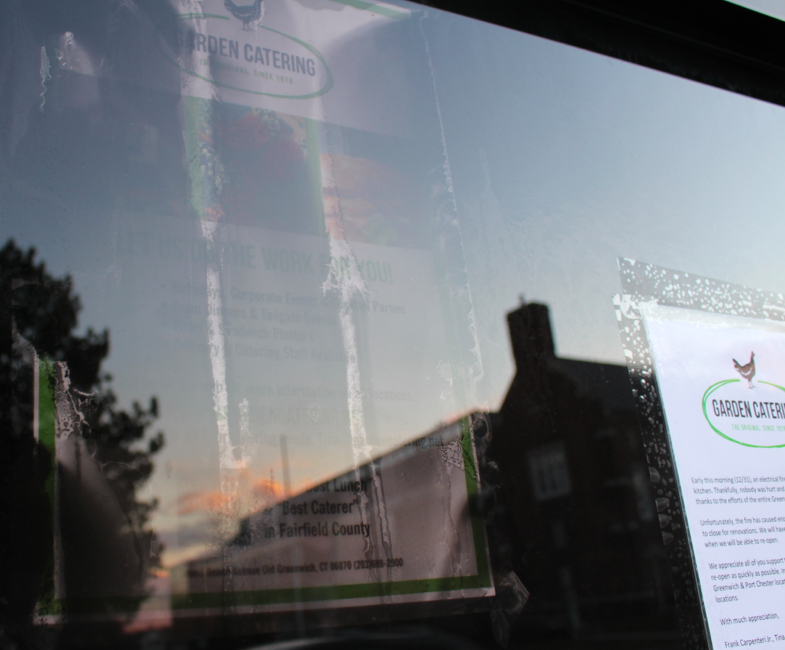 As the sun set on New Year’s eve, the blackened windows at Garden Catering on Ham Ave showed the reflection of Hamilton Avenue School across the street. Credit: Leslie Yager

“Thankfully nobody was hurt and the fire was quickly contained thanks to the efforts of the entire Greenwich Fire Department,” read the notice posted by Frank Carpenteri Jr., Tina Carpenteri and the entire Garden Catering Ham Ave staff.

The Garden Catering owners and staff promise to reopen as quickly as possible, but the sign noted that the fire caused enough damage to force them to have to close for renovations.

The Carpentieris said they will have a better idea in the coming days when they will be able to reopen.

For anyone with a hankering for the famous Garden Catering nuggets, the Old Greenwich and Port Chester locations are both open, along with their six other locations. 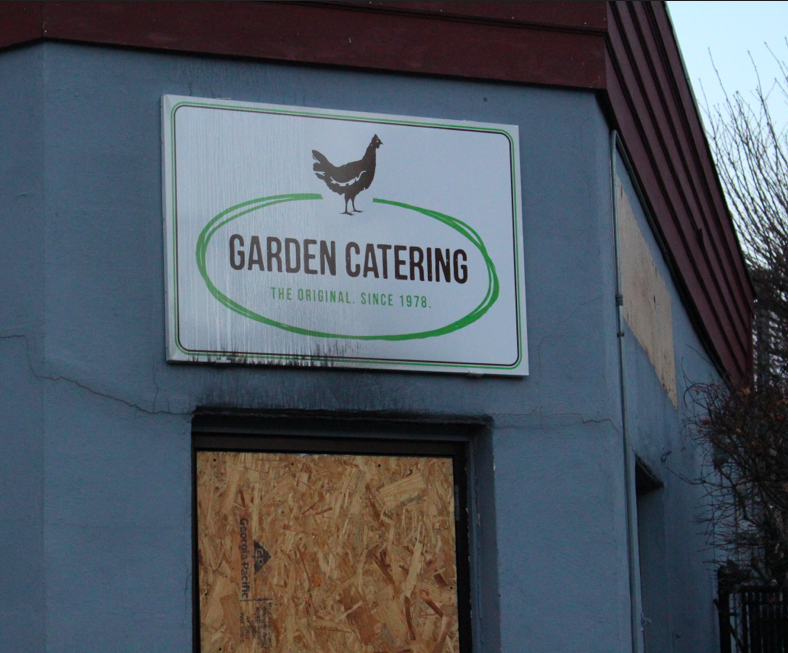 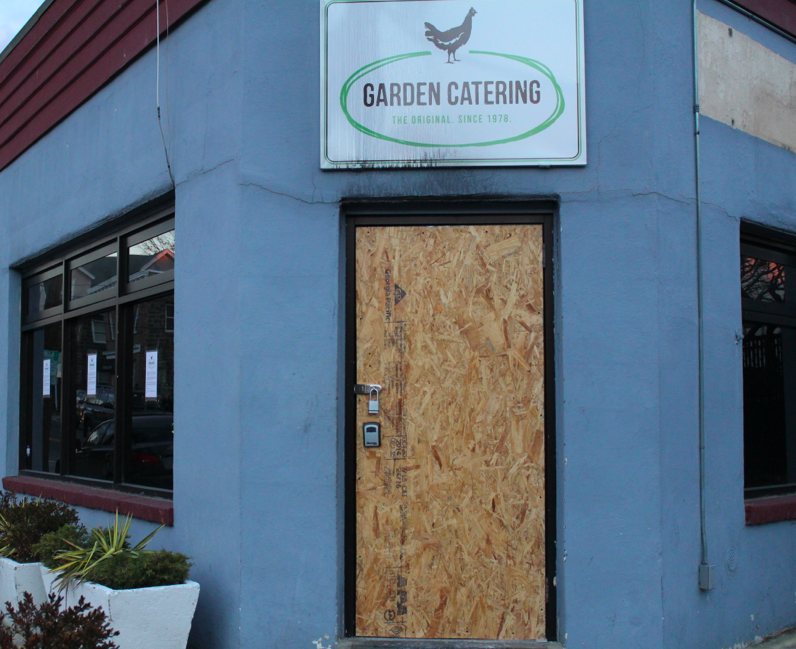 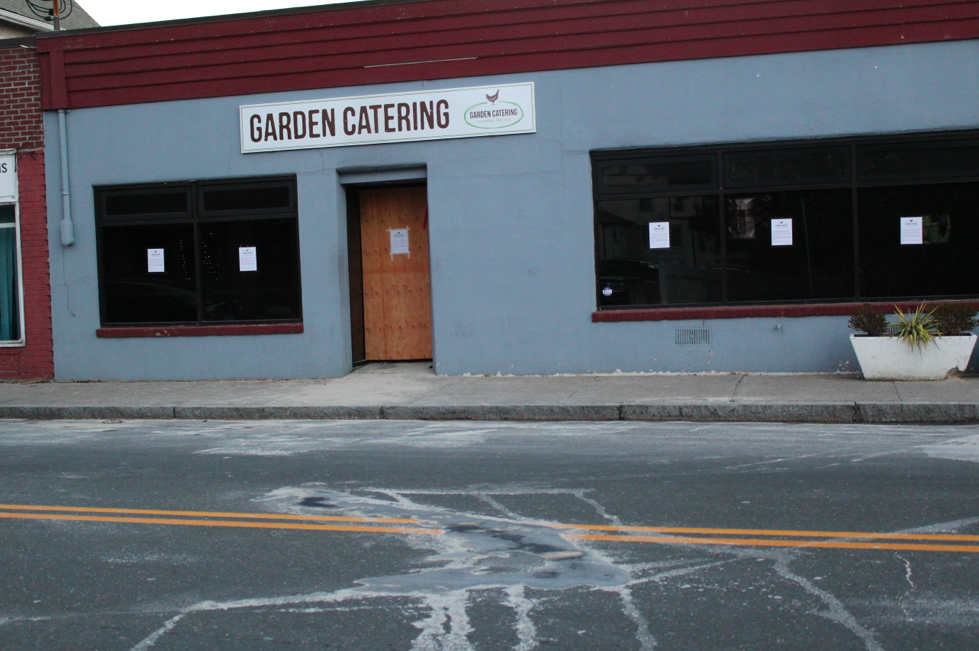 Fair is Fowl for Garden Catering in Greenwich