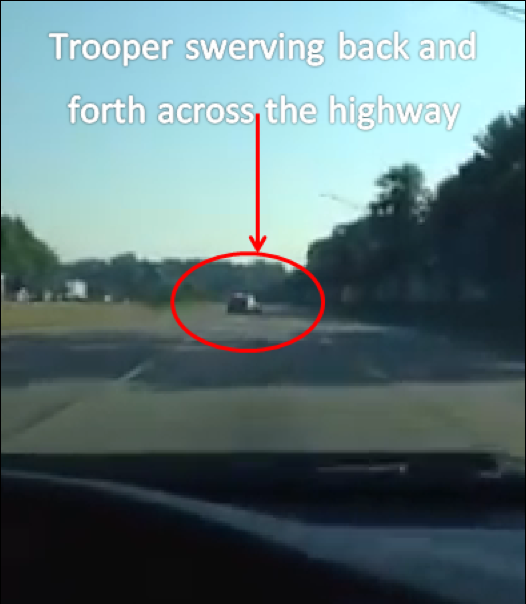 After State Police we were tagged in a Facebook video by someone reporting that one of their troopers misused his power to make people late for work for no reason at all. Connecticut State Police posted what they described as a teachable moment on their Facebook page.

The post refers to a video of a trooper swerving back and forth across the highway, slowing traffic down on 84 East in Farmington. (The video was not shared because it contained strong language.)

“For those who haven’t seen this before or don’t know why we do this, it can be frustrating, however it saves lives,” State Police wrote, adding that just up ahead, on I84 East near Exit 41 there was metal debris in the roadway that would have damaged vehicles and could have caused multiple crashes.

Troopers and Dept of Transportation service patrol responded to the area to remove the debris. However, walking out onto the highway to remove debris can be a dangerous task. Therefore, state police say they use a technique known as a “slow roll” which was depicted in the video.

The “slow roll” may be a minor inconvenience, however police say it is momentary and ensures both their troopers and DOT workers go home to their families.

The slow roll referred to on I84 East in Farmington lasted a total of four minutes.