Officer Alex Testani joined the Greenwich Police force in 2013 because of his School Resource Officer at Trumbull high school, who he says helped him put his life on track.

“I learned from trial and error myself,” Testani said, adding, “You can’t expect people to be perfect. Making mistakes in some cases is how you learn to become an adult.”

Officer Testani  makes an effort with each interaction to guide young people, steer them in the right direction, and hope they keep going that way.

After spending four hours in a police car ride-along, I learned that leaving the keys in my car is probably more of a bad idea than I thought it was, while getting to know one of the people protecting our town.

Alex Testani doesn’t want a speeding ticket, appreciates the age of smartphone cameras because it holds him to the highest standards, and thinks that in most cases rehabilitation is better than retribution. 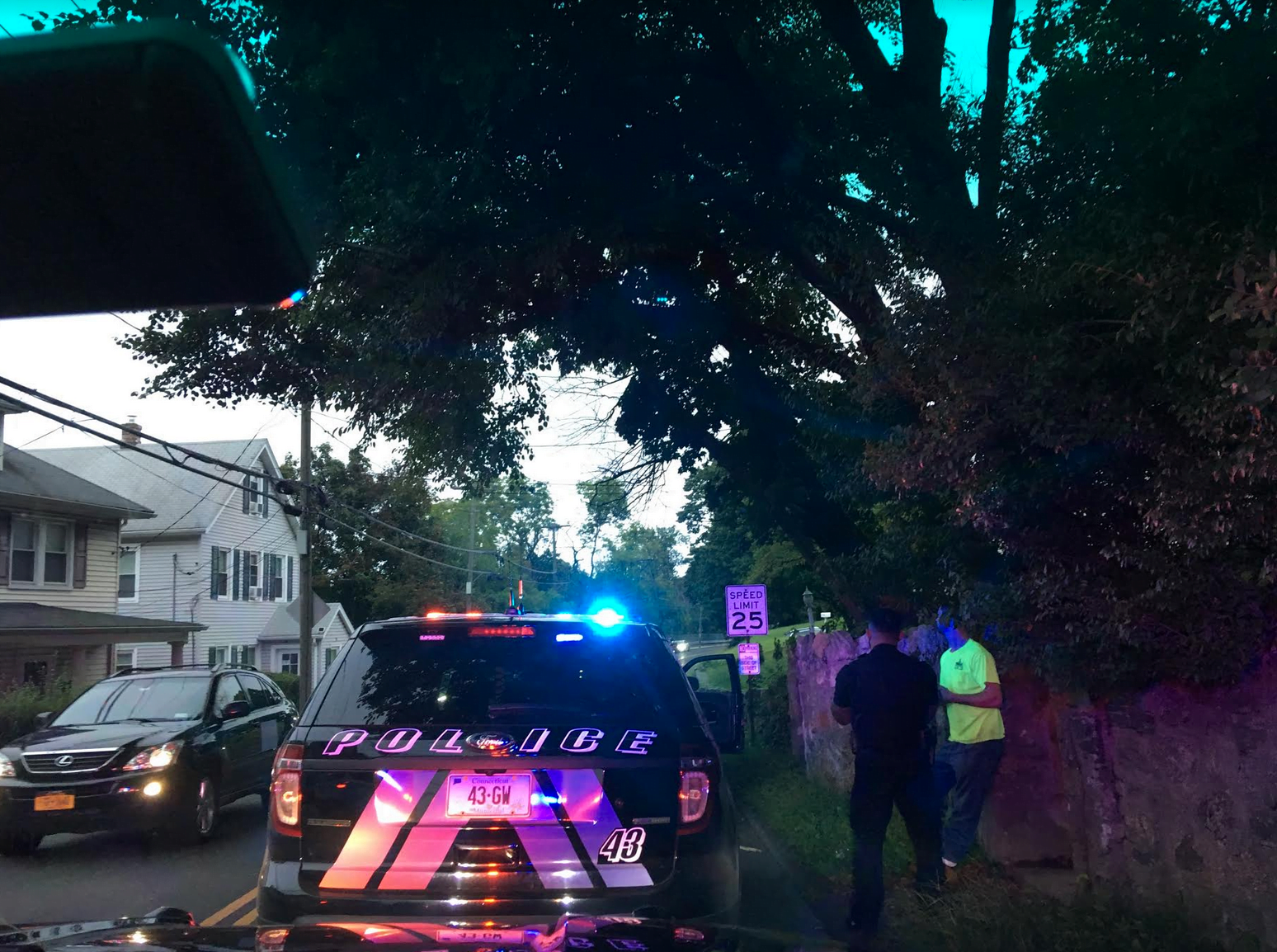 After we had spoken for a while, Officer Testani even admitted that he takes extra care to drive the speed limit when he’s off duty, especially when he comes to a checkpoint. Which just seems smart to me.

When he’s on duty, however, he follows the laws (within the confines of his job) except in one very specific case. He said that when he was a new officer responding to a domestic violence case his seat belt got stuck on his holster. It took him about 10 minutes to get it unstuck. Although his fellow officers resolved that particular situation, he has kept his belt unbuckled when responding to domestic violence calls ever since that day.

These calls happen more than one would think. In fact, the number one most investigated violent crime in Greenwich is domestic violence.

I asked him about the danger of the job, and he said that it’s hard to explain to people who don’t understand, but after so many years on the force he has accepted the sacrifice of putting another person’s life before his own.

If students at Greenwich High were in danger, Officer Testani said he knows where to park his car and that in his mind he runs the tape of what he would do in that situation every day. He said that if the time comes, there would be nothing holding him back from doing his “duty” and “responsibility.”

Officer Testani knew some would think it was sappy, but still insisted on saying, “You have to have a heart to do this job. I don’t know how you do this job without a heart.”