The Stamford Police Department have announced a $500 reward for information locating or leading to the arrest of Felicia D. Burl, 32, who is suspected to be the driver who fled the scene of a double fatal motor vehicle crash in Stamford on Nov 7. 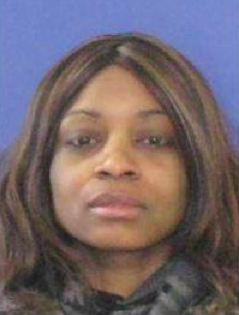 Though there is no warrant for her arrest, Stamford Police say that Burl is known to have relatives and frequent Bridgeport as well as Stamford. Burl is 5’ 05”-5’ 06” and weighs between 125-140lbs. She has brown hair and brown eyes.

Anyone with information on Felicia Burl’s whereabouts is asked to contacted Stamford Police Dept at (203) 977-4712.

The reward follows an investigation into a fatal motor vehicle collision that occurred Friday, Nov. 7 night near ShopRite. The crash happened on West Main Street (Rt. 1) at Alvord Lane at 8:37pm when a Nissan  operated by Burl ran a red light and hit the passenger side of the 2007 BMW 328xi station wagon being driven by Anthony Andriulli of 73 Valleywood Rd in Cos Cob. 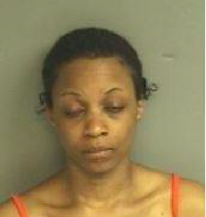 Henry Nixon, 50, of Ursula Place in Stamford, the passenger in the Nissan, was ejected onto the roadway and sustained multiple injuries. He was transported to Stamford Hospital where he died shortly after arrival.

Mrs. Andriulli was extricated from the BMW by Stamford Fire-Rescue Dept and transported to Stamford Hospital by Stamford EMS ambulance. She died Saturday, Nov. 8 as a result injuries sustained in the crash.