Greenwich residents may have only started to think about Memorial Day and the parade along Sound Beach Avenue that comes with it, but the parade committee of the Sound Beach Fire Department, which organizes the event, has been planning for months.

Starting in January, the parade committee carefully selects each organization that will walk the streets to celebrate the holiday and honor those who lost their lives in battle. 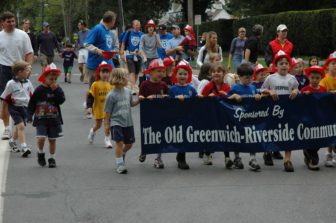 A past parade. Photo: Erik Mini

“We try to keep a community feel,” said Nick Chiappetta, the head of the committee. “We want to remember those who died while serving. If someone wants to be in the parade, we ask them what they’re about. We don’t want some big corporate organization–that just doesn’t fit.”

A few of the headlines for this year’s parade are the Sound Beach Volunteer Fire Department, youth sports teams from the OGRCC, the GHS band and churches from around Greenwich.

The parade starts on Keofferam Road and marches up Sound Beach Avenue, all the way to Binney Park. 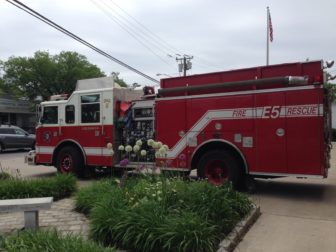 One of the firetrucks that drives up Sound Beach. Photo: Erik Mini

Heavy rain caused last year’s parade to be cancelled. According to weather.com, it’s supposed to shower on and off this Memorial Day. Old Greenwich will just have to hope those showers are more off than on this year.