You know you’re from Greenwich if you know Sue Rogers.

This Greenwich native first got the volunteering bug from her mom Judy Moretti. As the member of the last class at Byram School before it was shuttered, Sue remembered her mom’s time as PTA president there, and how she would roll through her mental Rolodex for the name of the right person for a particular task. Sue described her mother as the original “connector.”

Meeting at the Junior League house on Friday, Rogers’ eyes light up as she reads a GHS club flyer this reporter shared. “We might be able to help,” she said, running to the photocopier to make a copy of the flyer – a connector in action. 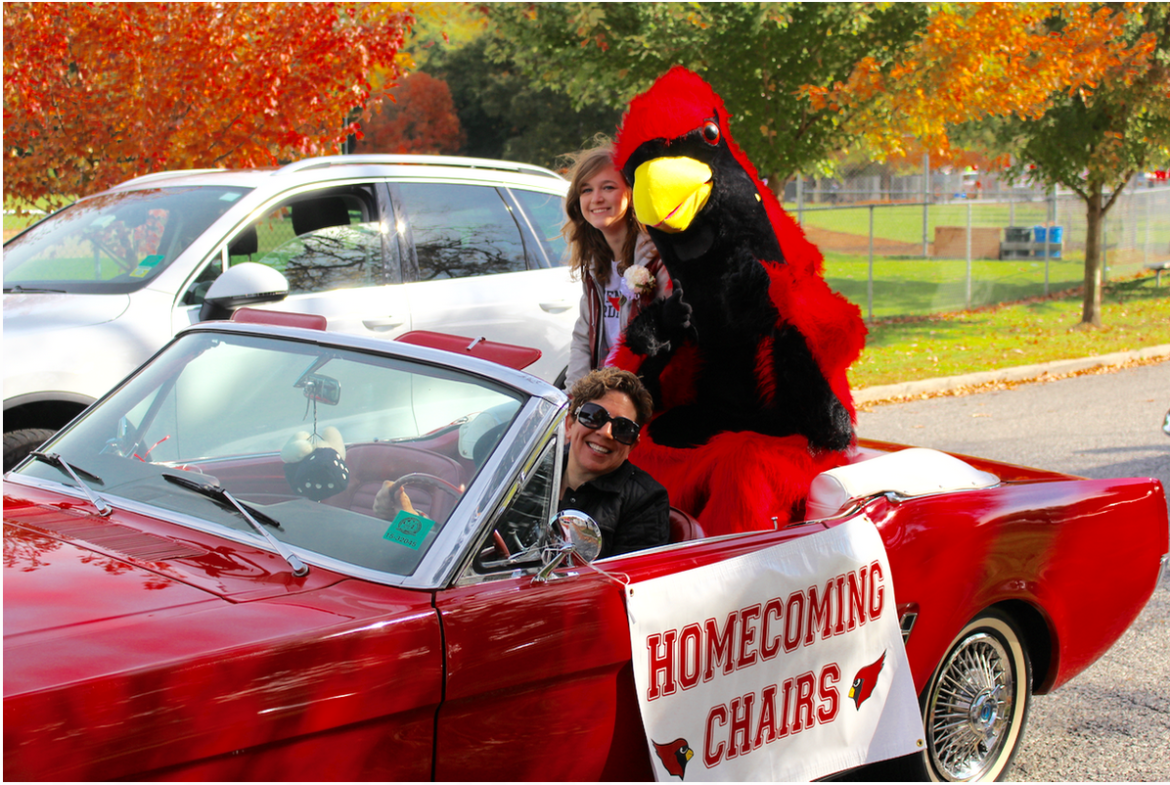 “I am so fortunate to have the parents I have,” Sue said as we settle into the comfortable living room at the Junior League house on East Putnam Ave. Rogers credited her parents for the origins of her work ethic and passion for volunteering. “They are extraordinary role models. The older you get, the more you appreciate, right?”

Tracing her years of volunteering back to both the Junior League and the PTAs at her boys’ schools in Greenwich, Rogers said, “They saw me coming!”

The first year that she was a parent at Glenville School, she was recruited to be on the nominating committee, despite claiming she didn’t know anyone. She jokes that it was a plot to get her to be the PTA president the following year. It worked. 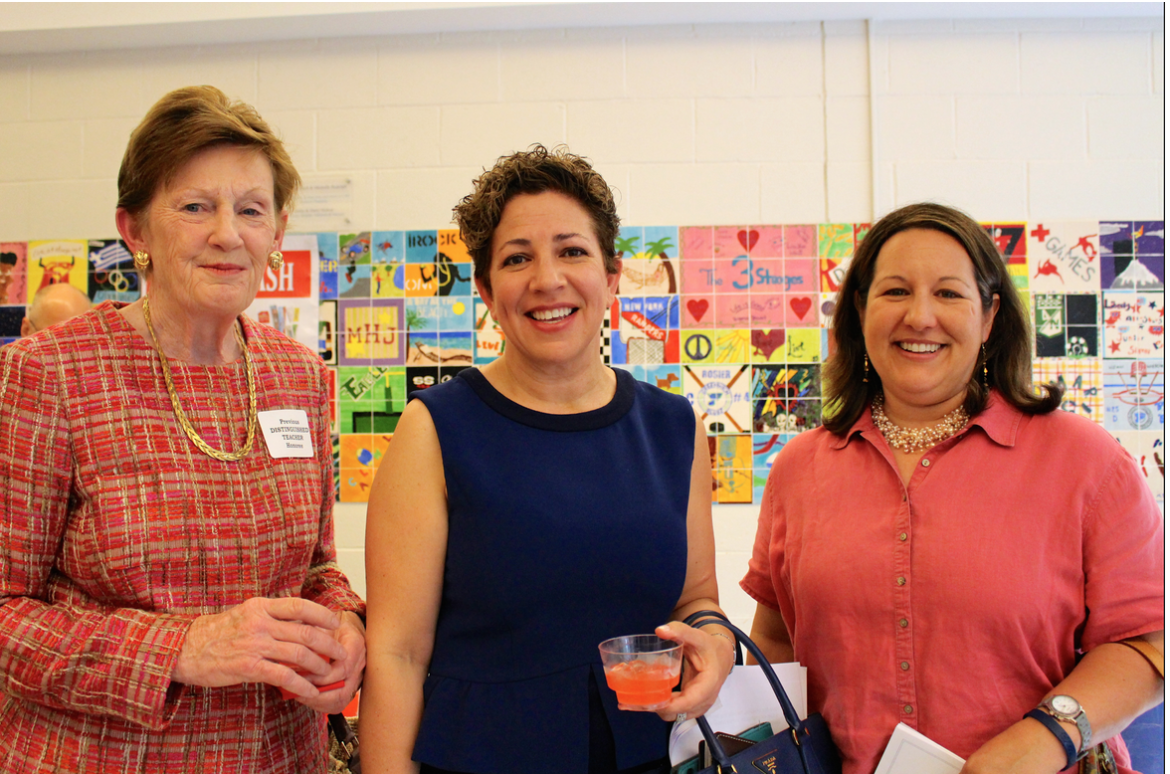 Down the line, Rogers served as liaison to the Glenville School Building Committee for the PTA and PTA Council and got a glimpse behind the curtain at how things work. “There were setbacks,” she said. “When they found mold at Hamilton Ave, the Glenville School project got pushed way back.” But the school got done and was both on time and under budget.

Joining the Junior League of Greenwich in 2002, when her boys were just one and three, she said, “I just wanted to talk to someone else besides Barney and Elmo.”

Today, the boys are both at GHS. Christian is 15 and Matthew, 17, and in the throws of the college process.  Rogers has much to show for the 13 years since she joined the League for some grown-up company.

“My closest friends are women I would never have met outside the League. Our kids are different ages,” she said, referring to the way friendships often form among mothers whose children are friends. “The relationships you forge here are very deep and meaningful.”

In addition to friendship, Rogers said the Junior League helped her develop her skills while accumulating a resume full of accomplishments. “It’s been immensely satisfying. The Junior league makes a world of difference in the community,” she said.

And while Junior League members can transition from Active to Sustainer status after seven years – Active membership in the League is over 200, and the Sustainer base is 500+ – after 13 years, Rogers is still active, thought that may be an understatement.

“What’s unique about the League is that we are a training organization,” Rogers said, listing recent training opportunities the League has offered. There was a session on Photoshop. There was a panel of experts from Fem Financial who delved into financial planning. There was a medical panel whose theme was raising strong and healthy kids. “We do a training event just about every month,” she said, adding that they even coach women on the art of asking for donations. 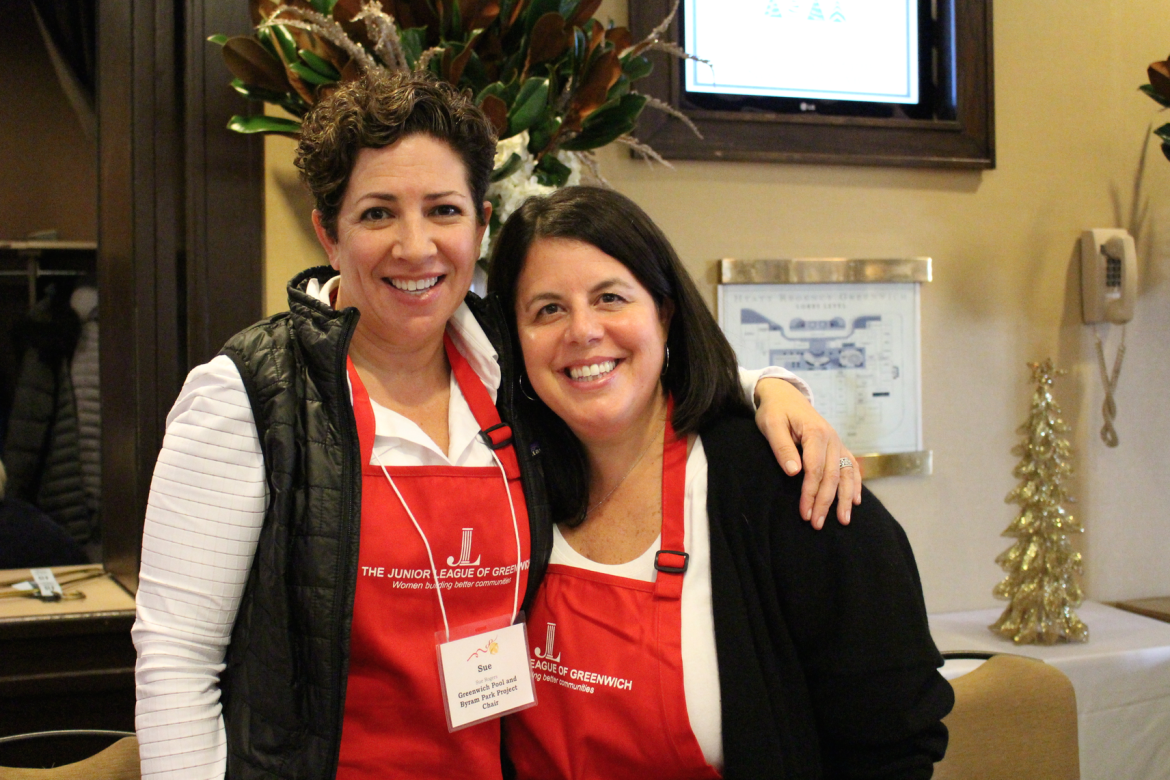 Volunteering at the Enchanted Forest at the Hyatt in 2014. Credit: Leslie Yager

“We’re very organized because we have to be,” she said of the explicit job descriptions and training opportunities, explaining that the leadership positions turn over every year. “People need to move in and out of positions as seamlessly as possible.”

Rogers also works part-time in a marketing role at Greenwich Education Group, where the skills she honed over 13 years at the League are prized. In fact, Rogers pointed out that increasing numbers of Junior League members also hold positions in the work force. In June, Rogers takes over from President Alessandra Messineo Long, who she noted is an attorney with her own practice.

“The training I have received at JLG since 2002 has definitely assisted me in my experience with work,” she said.

At Greenwich Education Group (GEG), Rogers is grateful to Vicky and Peter Newman for hiring her. Noting that her mom hat is always on, she appreciates that GEG offers an educational resource for parents. “Meeting unmet needs is  the common denominator across the company.”

As an employee who is also a customer, Rogers recalls her panic that other parents can relate to when her son got in over his head in one of his classes. A smart boy, she said Matthew was struggling in AP Physics. “There was no honors Physics, and he was beyond the grade level class,” she recalled. When Matthew brought home a C- in his first quarter report card, she saw for herself the difference GEG could make.

“In addition to working with his GHS teacher Ellen Lewis, he spent a lot of time with Dr. Andy Jackson, a tutor at GEG,” Rogers recalled. The story had a happy ending. “He brought a C- grade from first quarter up to an A last quarter,” she said.

“Matthew took the test diagnostics at GEG, which was hugely helpful to determine which test he’d perform better on,” she said adding that GEG now has a diagnostic based on the new SAT that starts in January 2015. “I also like the small group setting at GEG for test prep.”

Reflecting on her years at the League, Rogers sums it up by saying, “We can see the impact of our efforts whether it is a done-in-a-day project like a food drive or a project spanning months or years. “That is really important because you can volunteer anywhere,” she said, acknowledging that there are abundant opportunities to volunteer in Greenwich and a finite supply of volunteers.

Rogers, embraced a series of jobs through the League. From chairing major events including The Enchanted Forest Touch a Truck, to serving as Parliamentarian and Fundraising chair, when her plate was full, she got a bigger plate.

Rogers said there are 30 new members this year and one of the ways the League acclimates new members is with a Road Rally in which the sustainers split into two teams of cars and drive new members to the places where the League has created bricks and mortar projects, including the Bruce Park playground, the Skate Park, the Children’s Day School, and the Greenwich Pool & Byram Park project. “There are Sustainers at each stop who give the history of the project and put it in context of the League’s mission,” she said.

Without question, the Greenwich Pool & Byram Park project might never have made it over a series of hurdles without the Jr. League’s involvement, and Rogers has been dedicated to the effort for several years.

Her first role on the pool project stems back to 2011 when she was Community Director. She’s been chair or co-chair of the project since 2012, and that has meant appearing before the Capital Improvement Program Committee, the Board of Estimate and Taxation and the Representative Town Meeting, among others.

Rogers said the Junior League works closely with several non-profits in town, including the United Way and Kids in Crisis. In fact, she said, League secured a donation of the house where Kids in Crisis operates in Cos Cob and that over 100,000 families have benefited from their services over time.

Rogers said that while there is a persistent perception that Greenwich is wealthy through and through, that is far from the case. “Despite old money and new hedge fund money in Greenwich, there is also great diversity, with 15% of the public school student body qualifying for free or reduced lunch,” Rogers said, adding that almost 20% of the public school students are non-proficient English speakers.

“We also have a growing aging population and almost 20% of our town residents struggle financially,” said the League president-elect. Perceptions aside, Rogers said the League has its work cut out.

How does she keep from getting discouraged? “I don’t get discouraged,” said Rogers who finds time for spinning at Soul Cycle and enjoys boxing. The exercise clears her head. She quotes her father Carmen Moretti, whose advice has always been, “Go for 50-50 – work hard, play hard,” she said. “I work hard but I also know how to enjoy myself.”