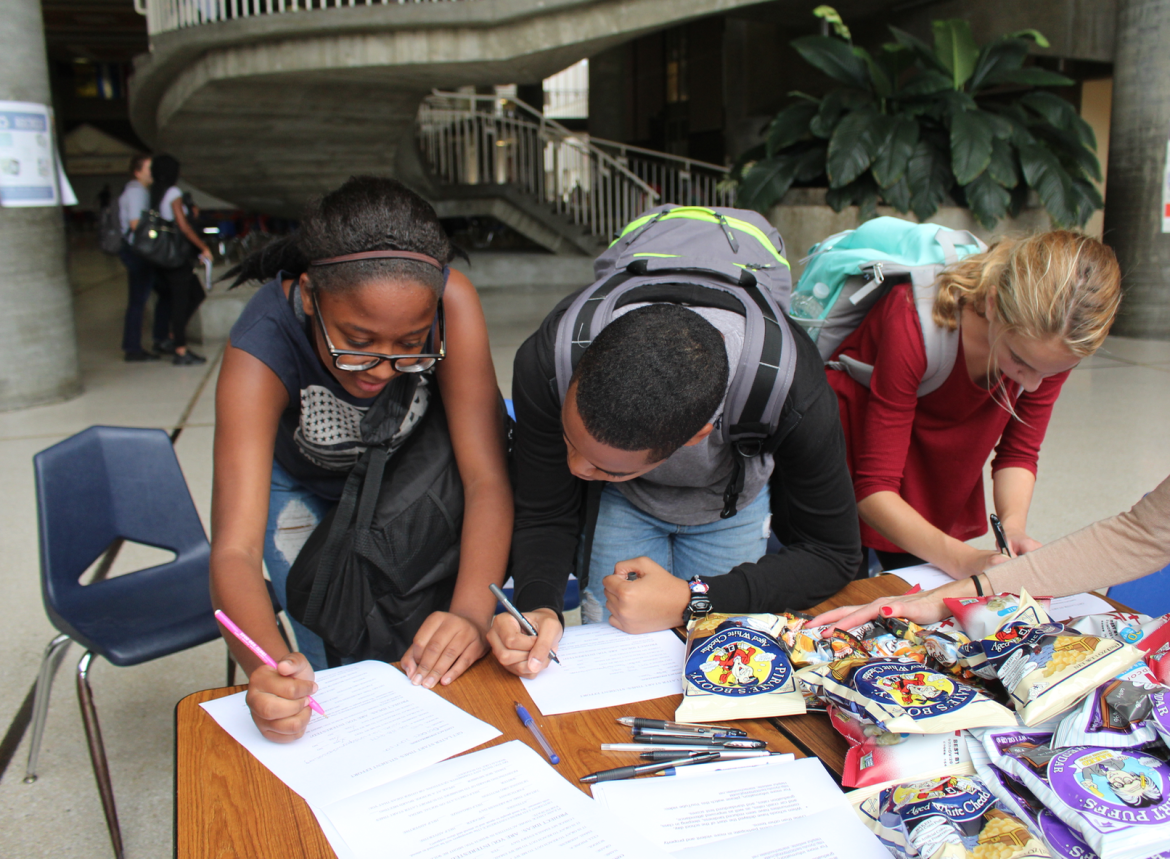 On Tuesday afternoon a group of Greenwich High School students, mostly 9th graders, gathered to share their stories and organize as a group with the shared goal of changing the school start time.

Four teens we interviewed said that on a typical school day they go home from school and nap for several hours. Spencer Faragasso calls that sleep time “Part 1.”

“I go home and sleep for from 4pm til 8pm and then wake up and do homework for four hours,” he said he generally goes back to sleep from 2:00am til 6:00am when he rises for school.

Ninth grader Zaire said he rises around 5:30am to help his family by walking two of his younger brothers to Julian Curtiss and then continuing his walk to Greenwich High School. He said he’s motivated to get up early because he wants the younger boys to have time for breakfast. 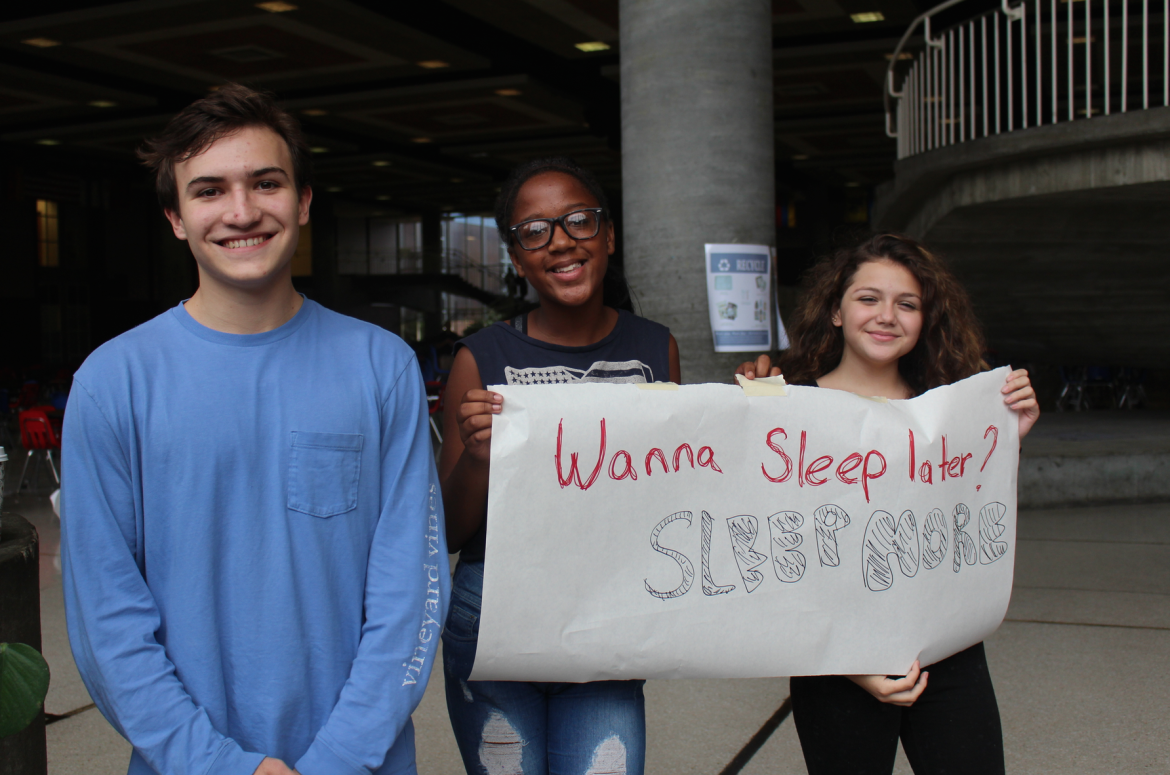 Student Government President Spencer Faragasso, Dolores Johnson and Jayleen Clifford were a few of the students organizing to push for a delayed start time at GHS. Credit: Leslie Yager

Dolores Johnson, also a 9th grader described her sleep strategy. “If I’m tired I can’t do my homework. Being in high school, it matters. There’s a cycle of nap, wake up, and nap and wake up at 6:00am,” she said, describing how she too returns home from school and takes a nap before doing homework.

Taylor Richards said she got 7 hours of sleep a night in middle school, but now that she’s started GHS, she gets 5 hours of sleep. “I can’t fall asleep before 11:00pm,” she said, describing feeling wide awake at that time.

Jayleen Clifford, another 9th grader, said it disappoints her that she’s heard from teachers and adults that teens are keeping themselves awake because of their phones and social media. “I use my earbuds to listen to music to try to fall asleep. ” she said, adding. “I wish I could. Parents blame us for being online, on the phone and on social media. I know when I’m tired. Those things are not keeping me up. I don’t have to force myself to stay awake.”

Jayleen said one of her teachers was dismissive of the value of a delayed start and had told class that if teens sleep a bit later in the morning, they’ll just be up later at night. “I want more sleep,” she said. ” When I don’t get it, I can’t focus at school.”

Jayleen also added that her sleep schedule of after school nap followed by homework and then return to sleep means she hardly ever sees her family. They’re asleep when she’s doing homework. They’re awake and eating dinner when she’s napping.

Jayleen said that even with a nap and work session in the middle of the night, it’s often not enough to get all the work done. “They put a cap on homework assignments last year, but still if we have a lot of homework, we get less sleep.”

As the students shared their stories of sleep strategies and exhaustion, a student walked by and shouted, “Don’t do it. It’s stupid.” Asked what motivated that point of view, the teens at the meeting said it was a senior boy who wanted the underclassmen to endure what he had to endure. Several also said their teachers had complained to their classes that their commutes would become longer if they traveled to GHS any later than they do.

That may or may not be true. But it is notable that half the schools in town — mostly elementary schools — already start much later, giving about half the teachers in town a later commute. Cos Cob, Glenville, ISD, NMS, North Street, Parkway, Riverside and Old Greenwich all start as late as 8:45am. (The three Title 1 schools Ham Ave, JC, and New Leb all start at 8:15am)

If the change goes forward, to coordinate bus schedules, the elementary start times might swap with GHS, resulting in a different group of teachers trading a later commute for an earlier one.

The group shared a flyer listing fast facts about why teens need a later school start time, including: